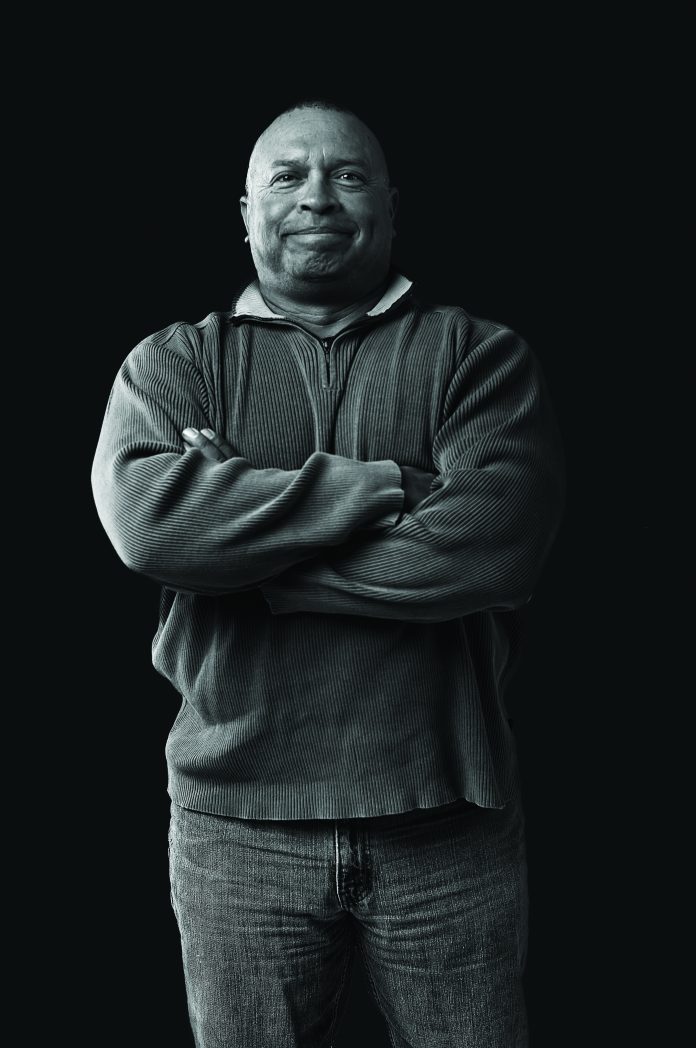 Since man had the ability to make and use tools, stonemasonry has existed. This meticulous craft of shaping rocks into precise geometrical shapes and arranging them accurately has created many historical structures that still stand today, such as the Taj Mahal and the Egyptian Pyramids. So it is no surprise when long-time Boerne resident, J.J. San Miguel of Robert San Miguel & Son Masonry reveals the history that this craft has in the San Miguel lineage and how the art form influences his everyday life. 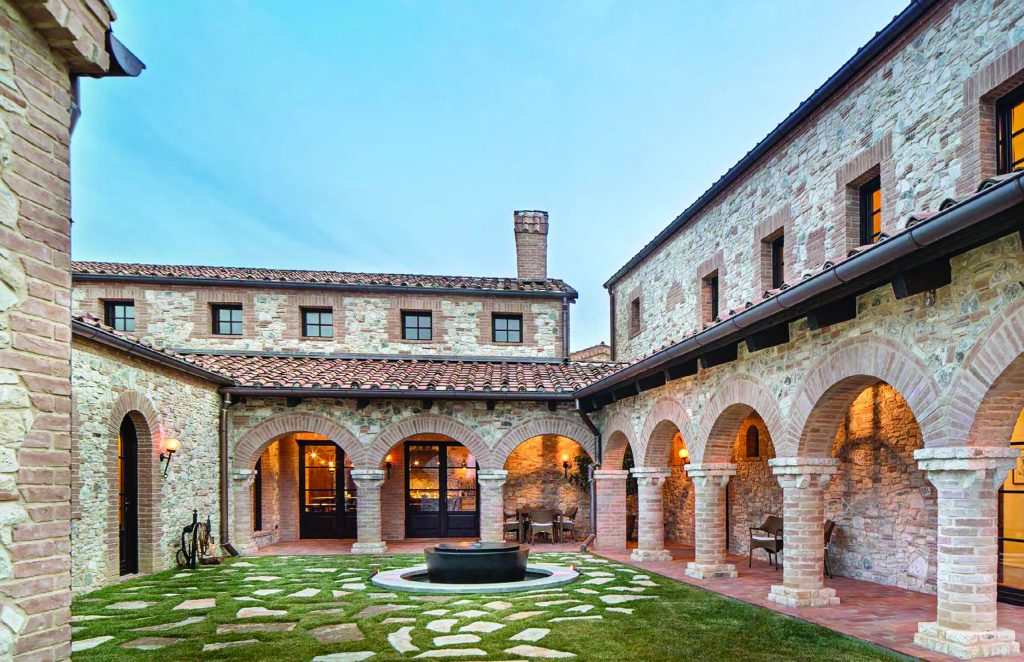 After dropping out of school at the age of fourteen, J.J.’s father went into stonemasonry. By his twenties, he had started his own business, employing his brothers and even his own father. “It was a whole family thing going on,” J.J. says. “My dad was here, my grandparents were here, and my grandpa’s grandpa was here, so we’ve probably been in the Boerne area for about 130 years.” And once J.J. turned twelve, he was also contributing the family business every summer.

J.J. went into the Air Force after high school, but took over the business as soon as he returned in 1991. “I kind of got to know all of the guys [over the years], so it was a pretty easy transition when I came back,” J.J. says. Being exposed to the craft since birth, the artistic element of stonemasonry just came as second nature to him.

“I do see myself as an artist,” he says. “I don’t think I have any other artistic side of me, it really all comes down to stone. You get in that niche.” He also sees each of his employees as artists in their own right. “I can look at a house that we’ve done or someone else has done and I can tell you what mason has laid what part and where another mason took over. I can pick out the little things that people do when they’re all laying down different parts of a wall.” 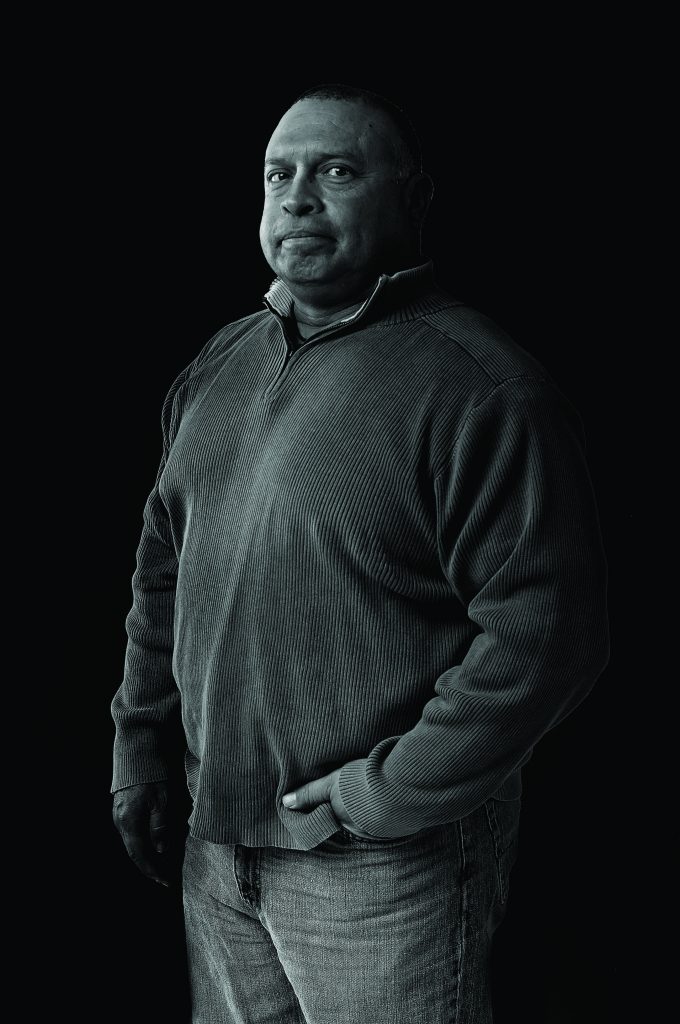 This sophisticated eye for detail is what allows his business to provide clients with what they really want, even if they didn’t know exactly what they wanted to begin with. “Once they get to the designing stage, they already have an idea of what style they’re going for. A lot of the time, you just have to pick their brain to see which way it’s going to go. There are different classes of rock; different styles. Even just the way you clean the mortar off of the stones makes a big difference so you really have to pick your poison one way or another.” But in the end when the client asks J.J., “what do you think?” His trusted opinion sways them 90% of the time.

Much like fashion, trends also affect what is aesthetically pleasing at a particular time as well. “It’s weird because we can go for five years doing nothing but random pieces that are all different shapes, then squares for a couple of years, then lueder stone; [the business] has these big cycles that it goes through. It’s really neat.” San Miguel tries to incorporate these trends in any project, whether it is elaborate arches or full masonry fireplaces. One prevalent trend in the industry right now: pizza ovens.

His work mentality doesn’t turn off once the work day is done either. J.J. is constantly looking for new and different types of stone to introduce to his clients. He finds inspiration while running errands or on everyday outings with his family. “I recently went to a wedding in San Antonio in one of the old churches and I kept looking at the stone; checking out how they laid it,” J.J. says. “Anywhere I go, that’s what I’m looking at.”

Most of the work Robert San Miguel & Son do is at Cordillera Ranch; a place they’ve seen transform since its opening. “I still remember when it would rain, trying to get up that main caliche road,” J.J. recollects of the time they worked on the sales office. “I had to put it in four wheel drive to get over the top!” But aside from Cordillera, the entire Boerne area is chockfull of San Miguel’s loyal clients. Without any advertising, the company completely runs off of word of mouth. “We’ve worked with almost every builder in Boerne over the years. People that dad has done houses for thirty or forty years ago, we are now stoning those individuals’ kids’ houses.” Although the phone never stops ringing at their offices, J.J. admits that it’s still the humble company his dad began those many years ago.

Now at 78, his dad still drives some of the guys to work every morning. “We’re a small business and we make an honest living. We’re not going to get rich,” J.J. laughs. “But we make a lot of good friends and we meet a lot of good people. We just pay the bills and keep moving on.”