In a recent City sponsored survey about issues that impact its citizens, people were asked to gauge their approval of a variety of issues and programs within the City. One of the most positively reviewed departments was that of the local Boerne Police Department. Overwhelmingly seen in a positive light, it’s clear that the citizens are appreciative and respectful of the local Police Department’s presence in our community. That said, Rey De La Fuente and the Boerne Police Foundation are hoping to not only increase the public’s awareness about what the Police are about, but also what they desperately need.

De La Fuente, a banking executive, has lived in Boerne for the past eight years, but has had roots in the Boerne area for many years before finally relocating. Shortly after his arrival, his work with the BPD began. He begins, “2014 was the year the group was incorporated. I see all the blood/sweet/tears that these officers have put into their careers, and I can see that law enforcement is so crucial. I worry about what is the future of law enforcement? It’s all over the media and in my opinion, and mine alone, I think more than ever that there are good and bad in every organization. When you see these things in the media, yes, there is some bad behavior at times. This movement to defund is not the solution. We have established laws and rules and we hire these men and women to uphold these laws. They don’t need to be defunded, they need new training and more help and more programs and more solutions. Development, insight, sensitivities. We need to evolve. So with that in mind, we put together a group of folks and we incorporated. It was just a start up. The core mission statement was to be able to bridge the gap between what the city budget could provide the department, and what their needs actually were. That’s not against the city, but each department had special needs that the budget couldn’t provide, and we wanted to bridge that gap.” 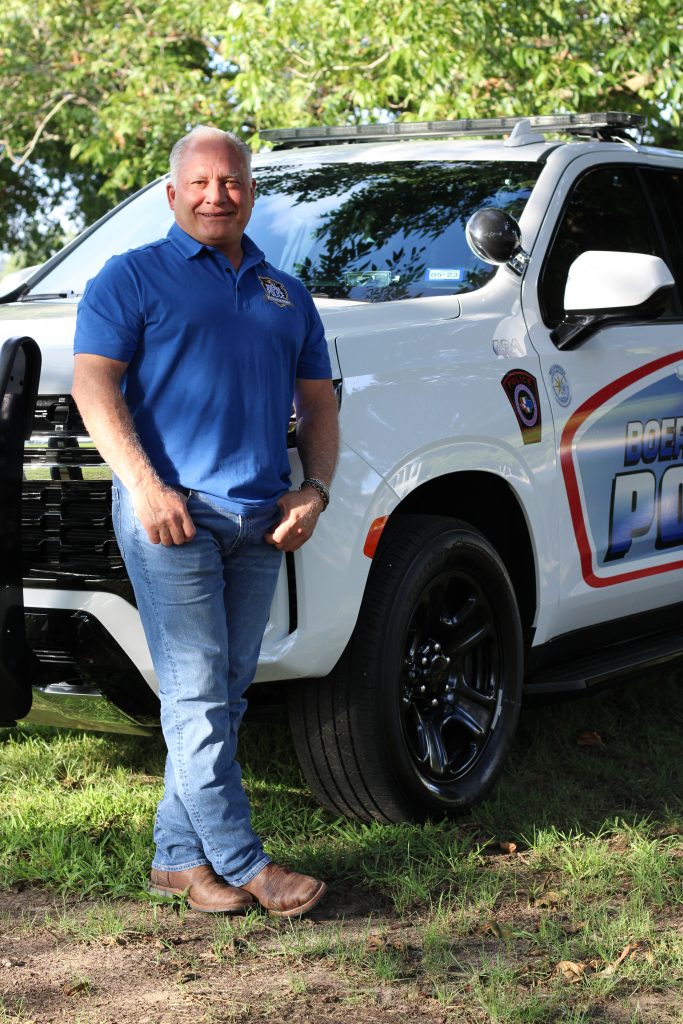 For example, the group wanted to ensure that the officers and their families were protected in case of injury or death. “Should someone be killed, we wanted to support the family financially to ensure that they were ok. When Vabstavern was hit by the truck that one night at BHS, we were able to help her. These are proud people and don’t want to ask for help, and we enjoy assisting there.”

Admittedly still struggling with community awareness about the group and its role in the city, de la Fuente and the group continues to seek new opportunities. “It’s been an uphill battle – we’re 7 years into things, and now more than ever we find that people still call the PD and offer to help and they don’t know we’re out there. We had our 1st annual retreat and it was to raise funds and awareness and then COVID hit. We focused on raising awareness in the community for what we do – not just about asking for funds – but just making people aware of what we’re doing. People are so generous here and this community just embraces law enforcement. They celebrate our officers and we love that. These men and women need to feel appreciated as they put their lives on the line every single day.”

As for goals at the halfway point in 2021, and looking forward, de la Fuente answers quickly, “Any donation – we’re a total non-profit – nobody is on payroll. 100% of what we get goes to the BPD. We have multiple objectives – but the big 3 are training and ongoing education for officers, getting equipment (last week there was as BPD shooting and a piece of equipment they used were shields and they don’t have enough of them, so we’re trying to raise money for those defense shields,) and assisting officers that are injured. Lots of groups will assist families, but not many that jump right in and provide financial support. We send officers to leadership conferences and credentialing licenses so they can move up in the department. We’ve also been planning to launch a cadet program for kids to learn more about police work and expose them to it.”

As the city’s population explodes, the department’s needs continue to grow as well. “Boerne is getting so big so fast and it’s hard for our PD to keep up with the growth. We have the same level of crime in SA just to a smaller amount, but the same ratio based on our population, and we need people to be aware of that. The department has about 46 people but that includes all the admin help. There’s 26-30 with actual street cops, and that’s not enough for this growing area. I don’t know what the projected plan is to add to our staffing but I know it’s something that we’re working on and is something that is very important.”

The foundation has a deep appreciation for the residents and for the support that is given to the PD. De la Fuente finishes, “We want to get to a point where we can count on regular community support without there being a trigger event like an officer shooting. Let’s keep awareness high and I want people to think of us as a group that needs ongoing support, because we do. The demographics here enable a lot of people to support, but will the next generation moving here is an unknown. Our demographics are changing and I want to make sure that the future generation comes to help us also. We’re very appreciative of being in a community that has shown good support and embraces our law enforcement by a large number. We get more support from our local community than most other nearby communities and we are forever appreciative.”