Home Art Of ART OF: THE INVESTIGATION 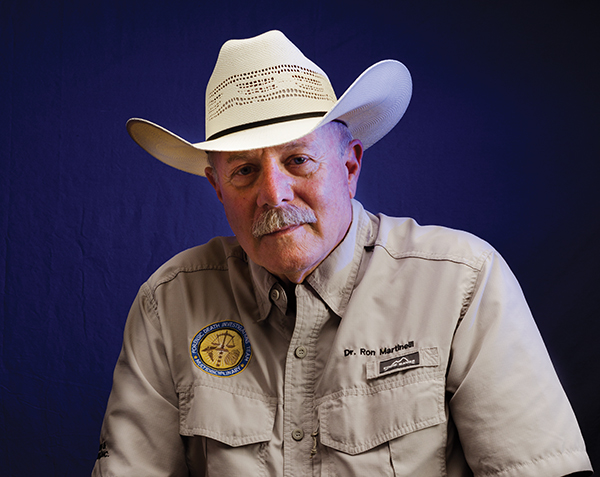 “Without truth, there is no justice.” Dr. Ron Martinelli

For Dr. Ron Martinelli, PHD, a profession in forensics was not always the case. Originally a teacher, he joined the San Jose, California Police Department in 1974. Once involved in law enforcement, he became known for his investigative work. Over 40 years later, he is a nationally recognized forensic criminologist who along with his wife Linda have made Boerne their home.

For Dr. Ron Martinelli, PHD, a profession in forensics was not always the case. Originally a teacher, he joined the San Jose, California Police Department in 1974. Once involved in law enforcement, he became known for his investigative work. Over 40 years later, he is a nationally recognized forensic criminologist who along with his wife Linda have made Boerne their home.

It’s probably news to most that in Boerne lies a renowned forensic investigative firm: Martinelli and Associates, Justice and Forensic Consultants, Inc. The firm began in California and flourished after Martinelli retired from the San Jose Police Department. His thirst for knowledge kept him looking for more: “No detective or patrol officer had gotten a doctorate degree in law enforcement in the United States at this time. I thought boy, I bet with a doctorate degree I’d really kill it.” He went back to school and received a doctorate degree in Criminology with an emphasis on Forensic Psych. In his words: “I could see where the future was going and it was going into forensics.”

Dr. Martinelli has been a Federal/State Courts qualified expert in police/corrections practices, law enforcement training, psychophysiology, forensics, officer-involved shootings, in-custody deaths, use of force, civilian self-defense and a number of other forensic and criminal investigations areas since 1992. Additionally, Dr. Martinelli has been retained as technical advisor for many news organizations as well as the History and Discovery Channels and occasionally provides forensic consultations to national media outlets on high-profile cases. He is the author of four texts, nearly thirty manuals and numerous articles on law enforcement practices. As he says, “If you heard it on the news, I probably testified on it.” 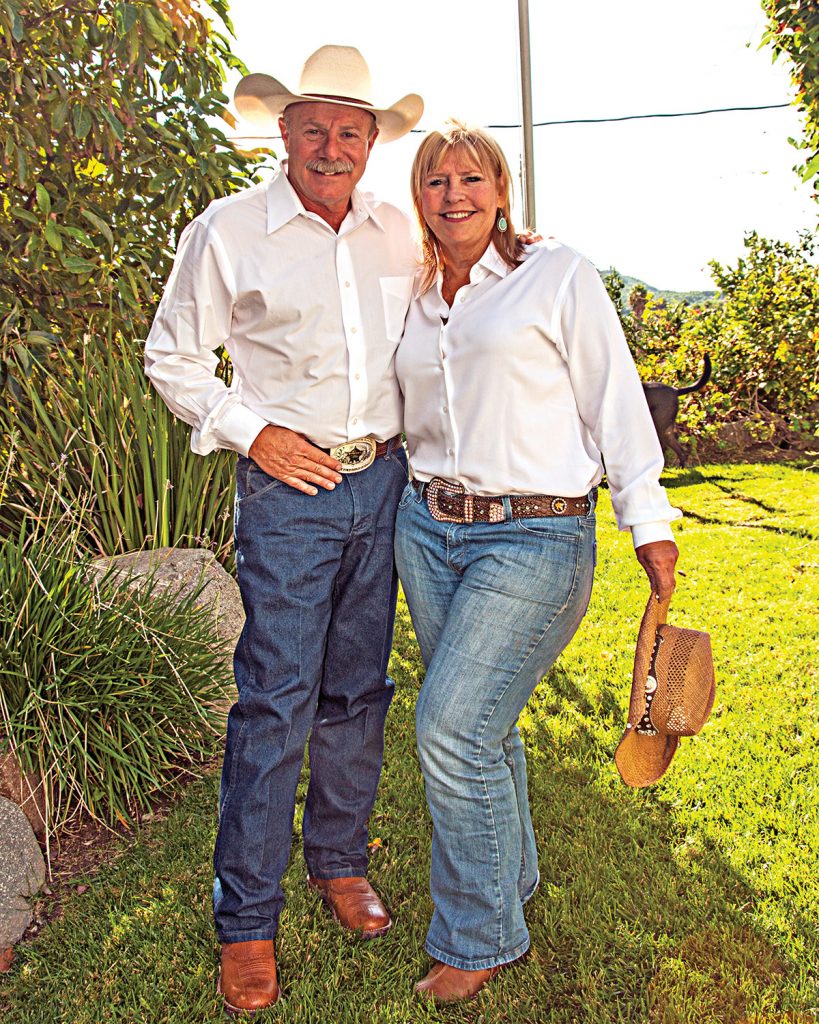 Martinelli’s firm is one of the most recognized law enforcement and criminal justice training and forensic expert consulting firms in the nation. He founded the firm after recognizing a need for more “reality-based” training in law enforcement. Since that time, the business has provided state approved or specialized training to over 50,000 peace officers, criminal justice and military professionals representing over 300 municipal, state, federal and offshore law enforcement agencies; as well as such military units as U.S. Army Intelligence, Military Police, U.S. Marine Corps, U.S. Air Force Intelligence & Security, and the U.S. Navy SEALs.

In 1993, Dr. Martinelli expanded his professional services to include forensic expert witness services in the areas of police and corrections practices. Since that time, he and his staff of board certified experts have provided agency defense attorneys, municipalities, states, prosecutors, criminal defense and plaintiff attorneys with superior consulting and forensic expert services in the fields of law enforcement, civil rights, liability, negligence, wrongful death and injuries, prosecution and criminal defense. 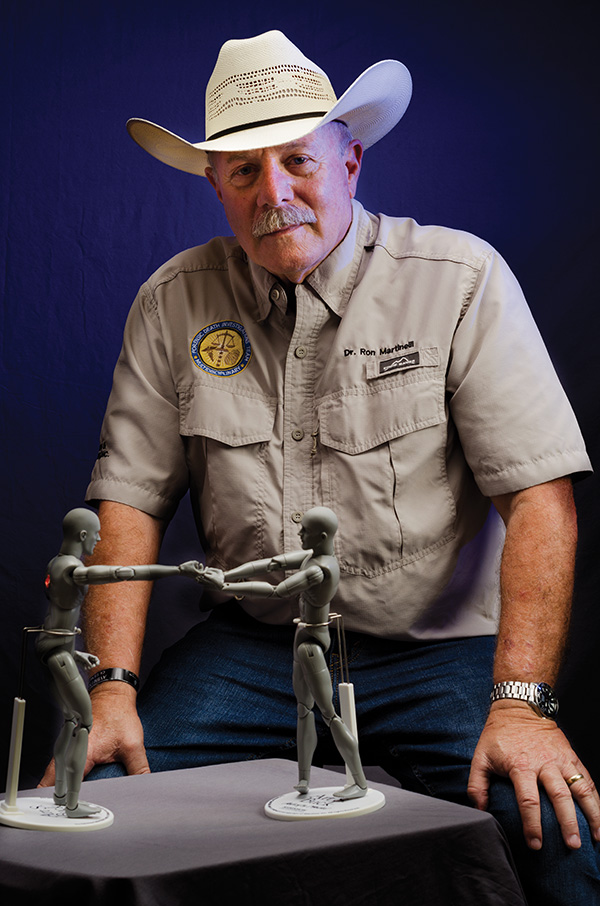 Dr. Martinelli has been selected as a Police Practices Expert for several law enforcement agencies, including Las Vegas, West Virginia, as well as receiving certification from the Force Science Institute as a “Force Analyst”. He has created guidelines for several agencies regarding the use of force and the use of Tasers as well as creating a profile to help agencies identify officers who may exhibit excessive use of force regarding Tasers. He has also presented a forensic and psychological analysis on the dynamics of suicidal behavior for law enforcements officers, commonly referred to as “Suicide by Cop”. His tactical response course has helped educate many first responders on the best way to approach these types of situations without an escalation in violence or injury to all parties involved.
The firm continued to grow; at one point becoming the largest provider of law enforcement training in the state of California with over 3800 instructors, Martinelli and his wife began to feel like it was time to consider moving from California. As he puts it: “You always have to be willing to rebrand if you are going to stay viable in business.” Part of that rebranding included more forensic training, trace evidence training for Dr. Martinelli and a search for a new home base for both the businesses and the family. After receiving more training, he became an expert witness, using applied science and forensic science to support findings and opinions in investigations. “I make findings and opinions, or I’ll consult.” Martinelli continues, “A common mistake is that people become an expert only for cases for the defense or prosecution. A real expert witness should be the person that seeks the truth, no matter where that truth and evidence takes you.”

Ron and Linda Martinelli met in 2004 and within 6 months were married. 13 years later, they still feel like they are on their honeymoon. Ron says, “We work every day on our relationship. We do things purposefully to keep us bonded together, to keep us engaged, and to have fun together. It’s a learning experience for both of us.” As two incredibly successful business people who travel a majority of the time, one would think that finding time to spend together would be a challenge, however, they make it work. Linda explained, “We have so many clients in the same area that it’s easy for me to say I’m going to Sacramento and ask Ron if he has anything he needs to take care of in Sacramento. More often than not, we both have a reason to go to the same location and we can combine our work and travel.”

Linda became instrumental in Martinelli and Associates success. A brilliant business woman with incredible marketing skills, she helped Ron increase his business over 300% in a span of less than 5 years. Ron says, “Linda is an extremely successful business person. I have never met anyone in my life that is as intelligent as she is, that is so skilled in sizing up what is needed and implementing it. As soon as she came on board with Martinelli and Associates she took a moderately successful business to a whole new level.”
With 4 adult children, the search for a central location that would be easily accessible to everyone became paramount. Linda had lived in Houston for a short time several years earlier and loved it. Around 2016, the Maritnelli’s youngest son Rudy, a firefighter in California, found a job in Texas. One afternoon, Linda was driving him down Interstate 10 to New Braunfels and as they passed the hillside, Linda told her son: “This is where I’m going to live.” Within a month Ron and Linda began searching here, ruling out Spring Branch, Gruene and surrounding areas. Ron says, “When you are on Main Street, you come up and you see Cibolo Creek and it’s so pretty, it just really looks like a Texas Town.” Linda summed it up nicely: “Some of my friends said we should have looked at more places but when you know, you KNOW.”

After commuting over 100 miles a day between their respective businesses, the Martinelli’s were eager to simplify and condense and Texas seemed like the perfect solution. They still have a few satellite offices in California, including a firearms training business that has and continues to be extremely successful. They found office space in Boerne proper, acreage for a house in the hill country and began settling into the small-town way of life. That does not mean that they slowed down for a minute though, the Martinelli’s passion for success drives them forward. They are in the process of starting a company, ETCForensic Company which provides education training certification for forensic experts online. Linda says, “We need to get the company launched but we also need to do it right.” ETC is already offering response to active shooter training for corporations, churches, as well as law enforcement agencies.

A passion that they share together is that they raise bucking bulls for the PBR. They have three bulls in PBR this year and love going to as many PBR events as they can. They are the owners of the 2016 World PBR champion and watching them talk together about this hobby, it is clear that these bulls are like children to them. They also are involved in American Freestyle Bull Fighting with Shorty Gorham. After just a few visits to Gonzales, they were ready to assist Short with anything he needed to help get the AFB off the ground. As Linda puts it, “It’s a great sport to watch, we just got started with them and I created the website for them. We just want to support them and give back to something we really enjoy being a part of.”

Out of everything that makes Ron and Linda Martinelli a success, professionally or personally, their nationally syndicated radio show Talking While Married is obviously what brings them the most joy. Every night, they sit together in a studio with coffee and discuss the day’s news. Linda describes it, “We are talking to each other about what is concerning most Americans to each other, not to an audience. It’s just normal people talking about normal stuff.” Ron adds, “There are many different takes on the news, we just want to give our views in our words.” Every show includes a close with a Good News of the Day segment that will most likely include some laughter.

Ron and Linda Martinelli have a solid, clear view on life. They know what they love, they know what they need to do in order to continue to be successful, but they also know exactly what they need to do to not take on too much and lose sight of what is important. Moving to Texas has proven to be a good decision. Ron said, “We came to Texas and picked this area specifically because this really is us and this works for us. California was not working for us. The biggest mistake people from California make is coming to Texas and trying to make it more like California. We don’t want that. We just want Texas the way it is, especially Boerne, Texas.”

Welcome to Texas or perhaps more appropriately: Welcome Home, we are glad to have you.