Home Art Of ART OF THE POUR: BREW IT AND THEY WILL COME 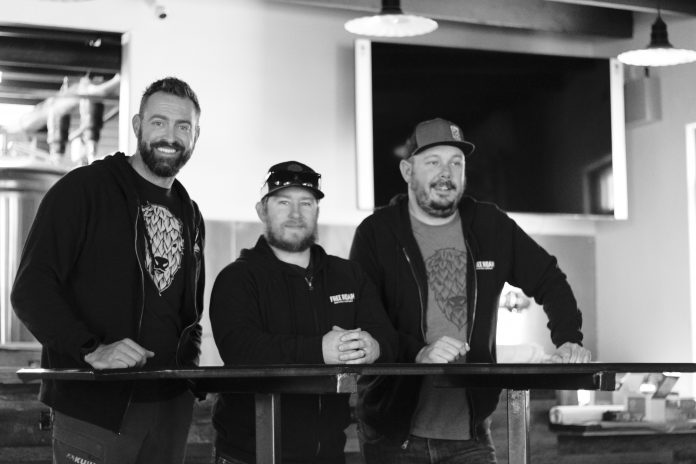 Jeremy Affeldt, former Major League Baseball player, along with Brandon Phillips and Jaron Shepherd are spearheading the project to bring Free Roam Brewery to life here in Boerne. Located inside the old Green Bull Jewelry building, the trio have worked tirelessly to get the project off the ground, and are nearing completion. They sat down to discuss what they’ve been through, how it all came together, and what they envision moving forward.

Jeremy begins, “I graduated from Northwest Christian High School in ’97 and then signed with the Kansas City Royals in the 3rd round. I spent 14 years in MLB, and was with the Giants for the last 7 years of my career. I was the Set Up Man of the Year in ’09 and was the Game 7 winner of the 2014 World Series and we won 3 total rings. I loved every minute of it obviously.” Upon retirement, Jeremy found himself frequenting this area for hunting and his ideas for relocation to here began. 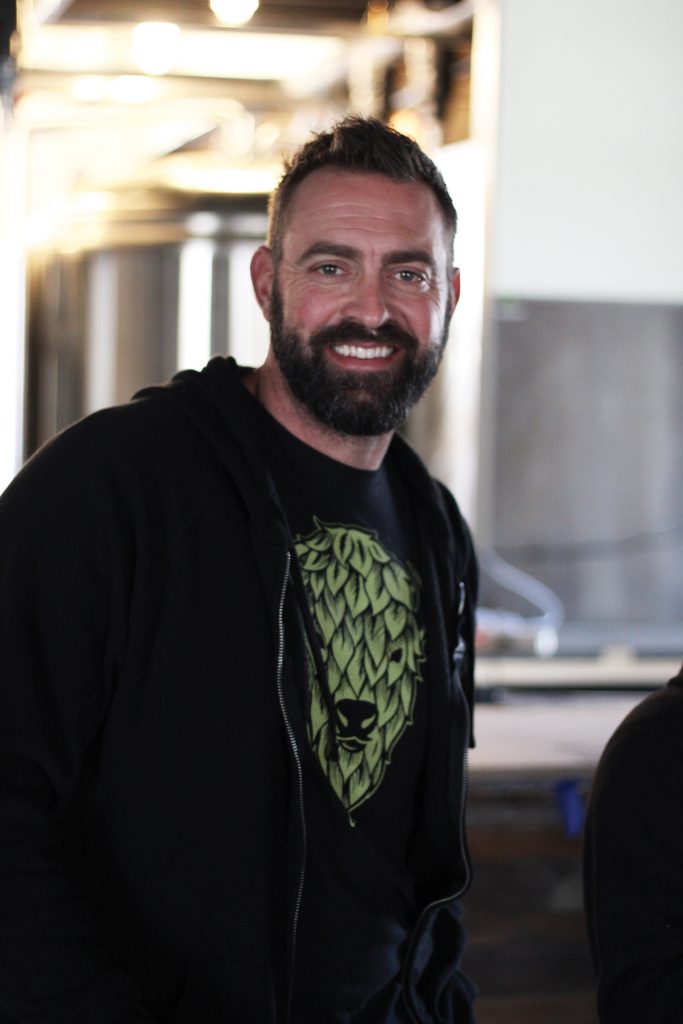 Involved in a local charity to his Padres tenure, the 3 men all met and really hit it off. Brandon continues, “Jaron and I both started working at a brewery in San Francisco in ’13. We were right around the corner from the ball park. We were just seasonal help and wanted to stay in the beer industry. We climbed the ranks, and Jaron became the head brewer. I was the Assistant GM and we had a great time.”

Upon retirement, Affeldt moved here along with his ex-wife as a group. She was into horses, and Jeremy was big into the hunting scene, so it was a natural fit. As a public speaker, Jeremy speaks throughout the country with men, and after one particular experience, the wheels began to turn. He continues, “I was speaking at a brewery in Sacramento and it was a men’s group and I was talking about dealing with storms (divorce) and it was all sensitive to me at the time, and when I showed up the guy that brought me there told me that normally there was 20 guys, but there was a couple hundred guys just because they felt relaxed in the environment. The beers and cigars and casual environment made people comfortable. I saw an opening. I prayed and I felt like God wanted me to do a similar concept in Boerne.”

Jeremy continues, “I came down here and I was driving back into the city and I called Brandon and I told him I had an idea. I told him I want to start a brewery – a give back brewery, in Boerne, and I want to do events there. He said “I’m in”, and we both agreed we had to include Jaron, and we talked. They knew I really didn’t know what I was doing, but they were in. I gave them 100% control of the beer and they bought into things. We talked about the logistics of things and it was so fun and the project officially began.” 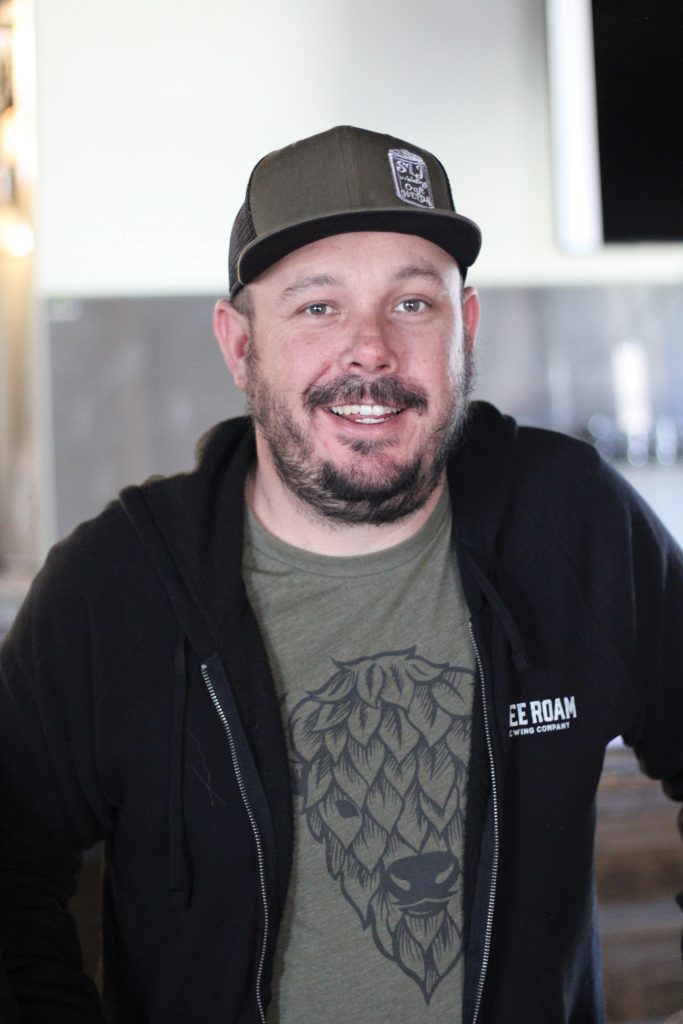 Jaron and Brandon along with their families quickly relocated to the area and they couldn’t be happier about the decision. With home base set, the trio set out to find a location for the brainchild that they envisioned. Jeremy explains, “We were looking around at locations and originally we were looking at North Main and on 46…I knew this building we’re in now and saw it the whole time and I loved it. I didn’t ever want to just be a tourist brewery – but this location came up and my realtor really talked me into checking it out. I walked in and didn’t really visualize it very well and these guys helped me talk through it and since then I’ve been so excited. I know I don’t know much, and I know that they do and I know now that this location is exactly what we wanted for a great local location for everyone.”
With the decision made, construction began in March of 2021. And since then, it’s be a true journey for the guys.

Brandon adds, “The history of this place is so cool and the stories it’s generated have been so cool. This building has so much history. It checked all the boxes, and it’s been wonderful.” Jaron adds, “it’s been a dream come true. We’ve been so lucky that we have such a great time of designers and architects on this project, and it’s taken a lot of planning. So many months of reviewing plans and making sure that things are going to work as we want them to, and it’s been awesome to see us so close to the finish line and we’re so excited.” 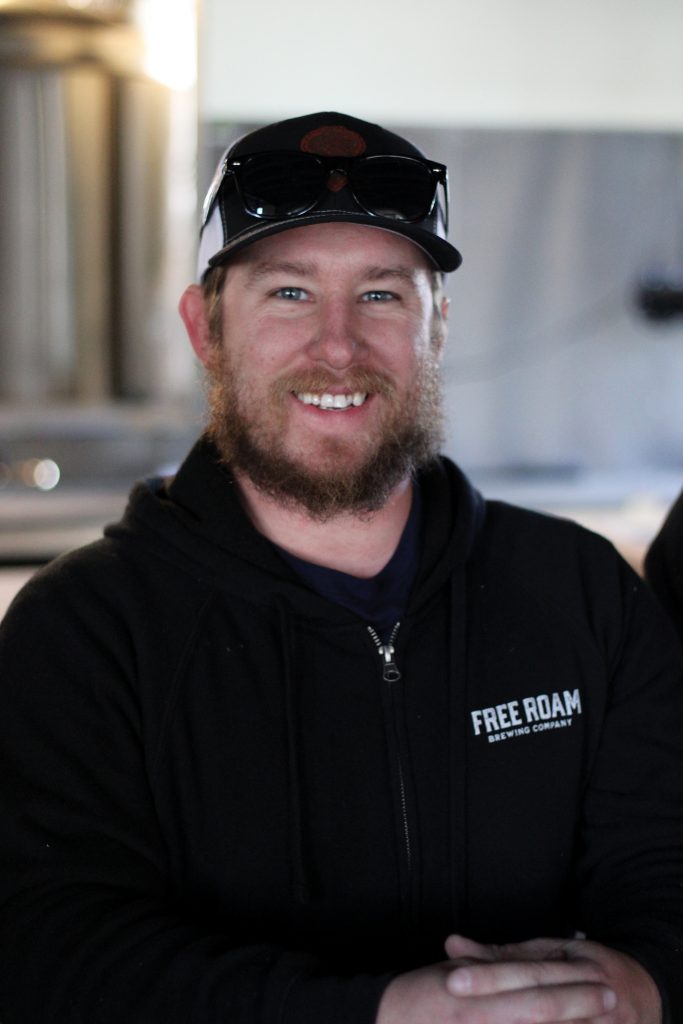 Outside of serving some world class craft beers and providing customers a great spot to simply enjoy life, the trio has some larger missions. Jeremy continues, “I’m about community and one thing I’ve learned with these guys at the bar, the amount of people that would come to our fundraiser stuff was so cool – seeing the human side of our community and people enjoying themselves because they get to laugh and just be in community was really crucial to me. That’s what I want in a community brewery. The experience of the brewery is supposed to be that you come in, have a good day or a bad day, with storms all around you, and you get to sit and talk and hang out with one another…and that’s what this is all about. That’s what community is all about for me. That’s what COVID has taught us – the importance of community is vital and that’s what this place is all about. No matter where you are, you ucan just be and enjoy one another and laugh and make life more fun. Welcome to Free Roam Brewing.”

Featuring 8-10 custom brews, food trucks out back, countless TVs, a podcast room, and a sound system like none other, the trio is set to make a meaningful impact in our community and is excited for a mid-February opening. Jeremy finishes, “Brandon said it the other day – this is a brewery masterpiece. We’ve changed a lot of things, but we’ve been able to change things to fit our vision and it’s been so fun. The momentum we’ve created has just been amazing to be a part of and participating in their part of the creation of the beers has been the best. I’ve texted them 100 times and asked ‘Have you guys thought about this?’ And I realize that they’ve already covered it. We’ve all had a part in the painting. I can’t wait to sit back and drive up to this place and be in a position to do this. Jaren gets to live his dream. Brandon gets to participate in something he’s always wanted to do. It’s a shared journey and we’ve all had so much fun. The interactive nature of what we’re doing from sound to TV to all of it….it should be different.
And we can’t wait for everyone to experience it.”