Home Art Of Art of the Restoration – Charlie Riddle 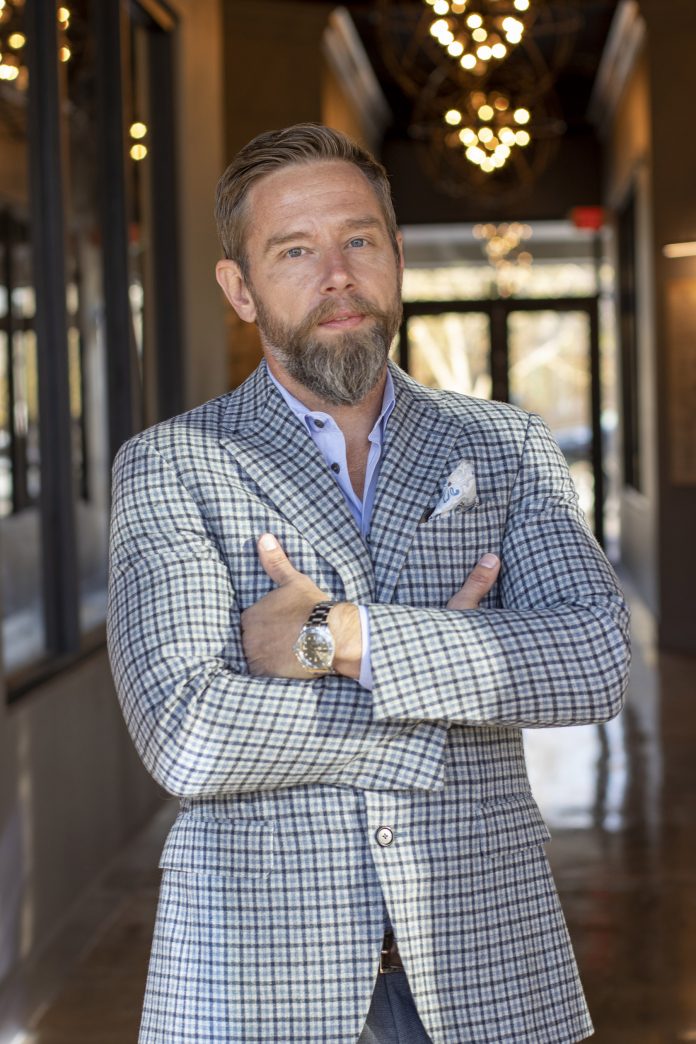 Upon entering the Historic District of Main Street Boerne, the first building you encounter is the large red brick building on the west side of the street. Having been a furniture store, and previously a steak house, it originally was a car garage, going back many decades. The Sachs Garage has sat for decades now without any firm path to its restoration, despite it being on perhaps the most highly-trafficked intersection in town.

That is, until recently. Local realtor and developer Charlie Riddle purchased the property in 2019 and has restored it to its previous beauty. While still a work in progress, the building has been completely gutted and remodeled, and has been a true labor of love.

Originally from Michigan, Charlie knew that the economy wasn’t the best there, and upon graduation he headed south to where his mother was living, San Antonio. He begins, “About 6 years ago I got into Real Estate – I was working sales in the oil business after college. It was a tough gig – a tough industry. Especially in the San Antonio area. Not a lot of success at the time for me personally, I must admit. I was always fascinated with real estate though. It was tied to the oil and gas that I was doing, and real estate is an opportunity to provide a really good lifestyle and it’s an opportunity to put your own little fingerprint on the landscape of the area you’re working.”

Entering specifically the commercial real estate realm was successful, though he wanted to be involved in more and different deals. He continues, “If somebody wants to do apartments, or storage, or development, I want to do that too. So I widened my net and started reaching out and that’s how I ended up making some good relationships quickly and put together some large deals. Moving to Kuper/Sotheby, it diversified me so that I could handle all sorts of different deals in virtually every aspect of real estate.”
As his portfolio grew, so did his vision. When it came to Sach’s Garage, it began like any other listing. He says, “I actually started working with the woman that owned the building before. We met several times, she wanted to sell it, and ultimately I was able to put it on the market. I had the listing for about a year and a half. I had talked to every single developer that I could find, and nobody would bite on it. I could see the vision, however. I knew it was a great piece of real estate. I also knew that it was a very important building, and I knew it could be successful.”

As his vision for the project came together, Riddle himself purchased the building in the spring of 2019.

“When you start getting into 120 year old buildings, things are going to happen. Structurally you don’t know. Electrical, you don’t know. When you looked at that building before we did anything, there were 4 I-beams to nowhere along the roofline. We all figured that those beams were running the length of the building. When we got into it, we found that those beams were about 22” long and were tied into wood beams with the equivalent of a coat hanger. We had to re-engineer completely a great portion of it. It’s been fun, but it’s definitely had challenges.”

As mentioned, the building was originally a garage, and he wanted to bring that purpose back to life in its design and layout. He continues, “The history of this was so fun for me. I wanted to tell the story of this building. It was originally a garage and was the oldest one in Boerne. A garage isn’t necessarily sexy, but we were able to build in a lot of the creative imagery and architecture and have it remain in a really cool way. Continuing the vision of Mr. Sachs to this day is so fun for me. The feedback from people that appreciate the story of the building was so rewarding to me. When we first finished the signs on the side, there was an older guy that came by and his dad used to work at the garage, and he was just in tears. He was there a bunch as a kid and he appreciated seeing it brought back to life.”

While Charlie might be the most public face of the project, there are others involved, and he leans on them for advice and motivation. “The money is not a motivator for me at all. The people I work with motivate me 100%. I’ve been so blessed to have the partners and investors I’ve worked with, and they’ve allowed me the freedom and creativity to help them make their dreams come to reality. Smart investments can help people move forward and be in better positions that they didn’t know about and I find that so rewarding. Knowing that it was fair for everyone, that it helped them, and they are set up better for the rest of their lives.”

Mark Bukowski is his business partner and a key member of his team. “Mark comes from a long background of construction – he’s a great support system for me and he’s involved in every single thing I do and he’s invaluable. He has lots of experience in historic construction in his past, and his partnership is extremely important to me.” 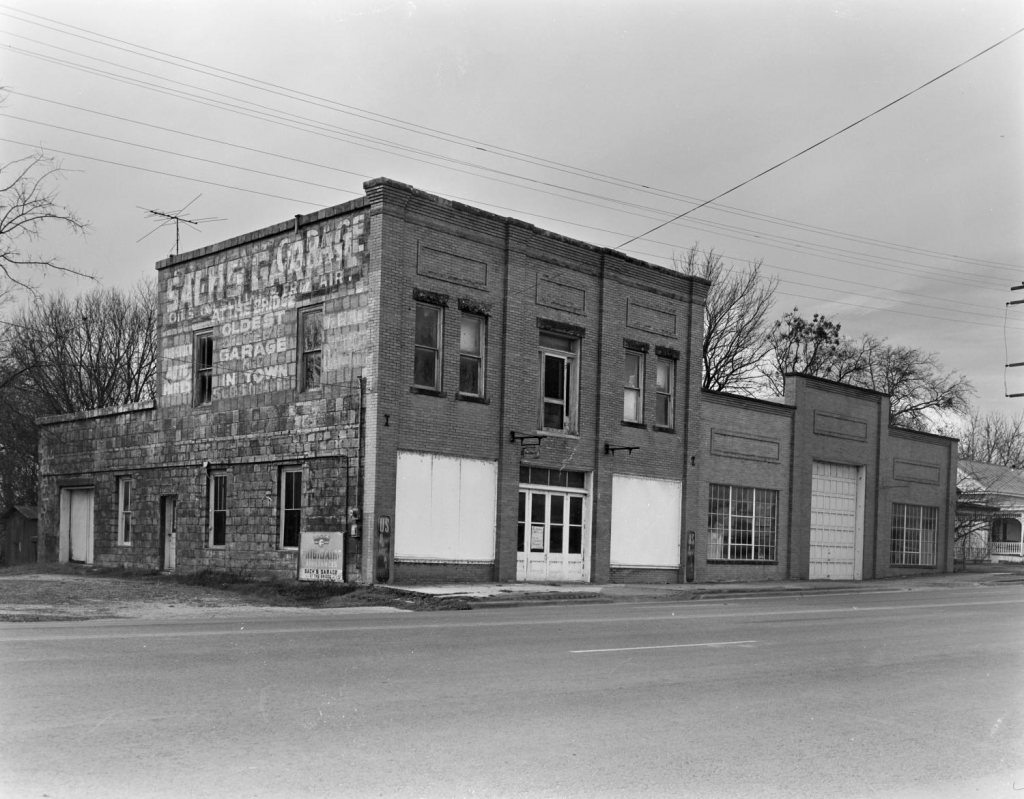 Always on the lookout for the next project, Riddle remains highly motivated to maintain and preserve the area’s history. He continues, “For me, with Boerne – the stuff I do tends to be in and around downtown. I have no say in a lot of cases of what my clients actually do, but I definitely try to talk them into bringing the history back to the project. Boerne has so much potential for me, and I encourage that a lot. Yesterday we completed a multi property deal, where a client of mine that is a seriously hard working guy in a blue collar way – he bought the Green Bull building, and I was able to talk to the owner behind his property, and we were able to get that property so now my client has this amazing piece of Main Street and it’s an opportunity for him to really do that building in an amazing way. He’s going to turn it back into the livery stables as a theme for his project, just like I did with the Sachs Garage.”

A father to two boys, Riddle is busy…and deliberate. And thankful. He concludes, “The appreciation and the importance I put on my clients is something I cannot understate. I couldn’t do ANYTHING without them and I hope they know how appreciative I am for them. For my partners. For my opportunities. And for this area.” 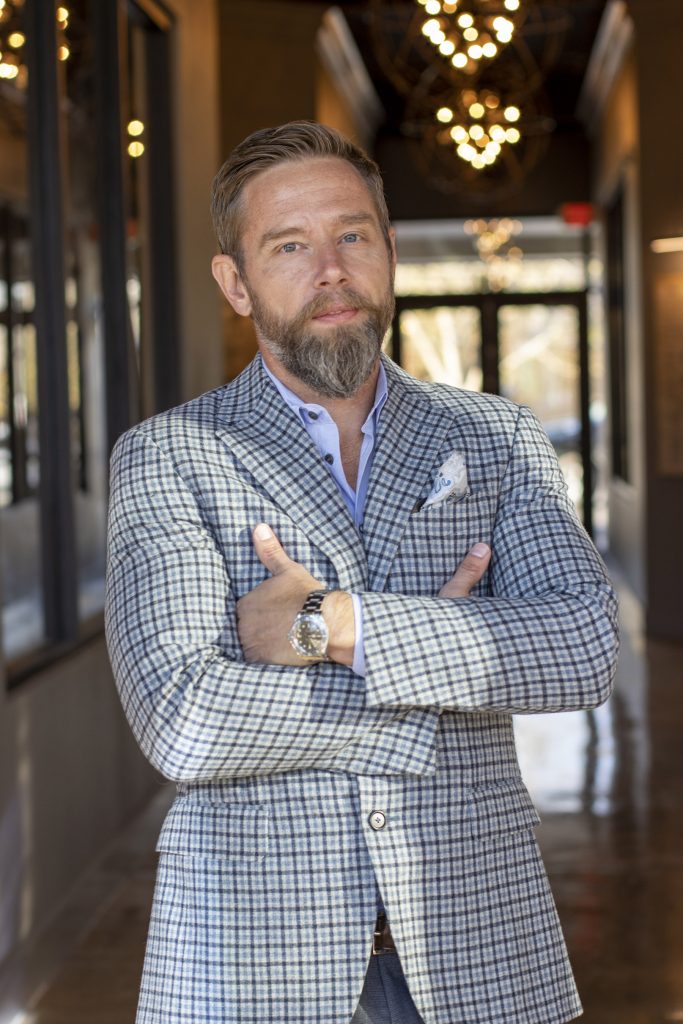