Home Art Of Art of the Roast: MASON MAINZ 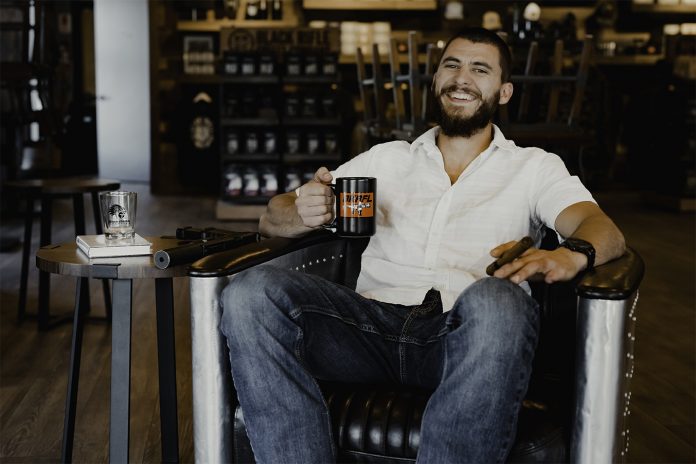 You might not know Mason Mainz, but you know his business: Black Rifle Coffee Company. Quickly becoming one of the area’s most trafficked coffeehouses, BRCC has by all accounts been a tremendous success. A first of its kind venture, Mainz explains how what started as a simple product offering became such a hit for the community.

Approximately 18 months old at this point, Mainz explains the origins with a fresh cup of coffee. “I was selling BRCC in the gun store next door and I noticed a lot of people were coming just for the coffee. I was selling more coffee than gun accessories some months. I figured that Boerne needs a good coffee shop with a good atmosphere. Originally BRCC was not a franchise as they were pretty new themselves. I had the idea for the venture and the tenant next door left a year later and I figured it was a once in a lifetime opportunity, so I went ahead and I leased it.” 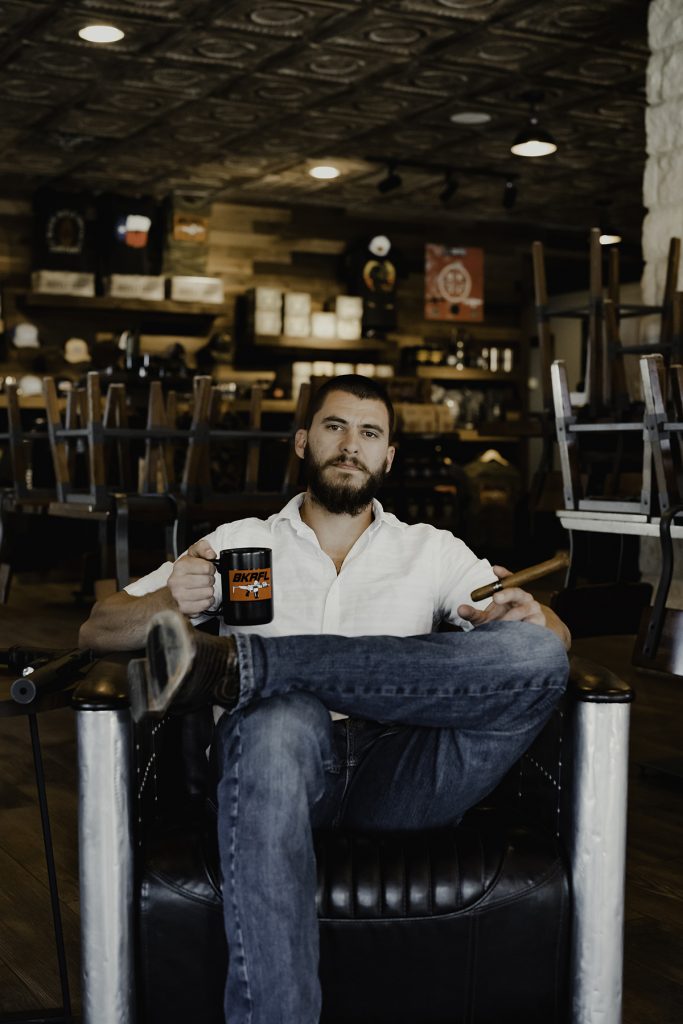 With the premier location, Mainz set out to identify what direction he would go. He continues, “I had a few ideas for a coffee, tobacco, and high end liquors location. I started running with that, got my liquor license, got my tobacco licenses, and I was in Austin and I was sitting down to pick up my license and they said “Don’t forget that you can’t open till 10am as a liquor store.” I said “No, I just won’t sell liquor” – and they repeated “No, you can’t open”.”

Revamping his idea, Mainz continues, “Matt Best is a good friend and owner of BRCC – their company started online and has now grown exponentially. I said “You’re the coffee guy – what do you think about a coffee shop next to the gun store.” I didn’t hear back for a little bit, so I just started renovating. The liquor store idea went away, and I had just finished up a gun for the other CEO with BRCC, and I told him about the idea and he loved it. From there, it was born.”

And with that, Mainz dove into his new baby. “I licensed their name but it was my employees and everything else. I started looking in-depth into what they were about and their corporate culture, so I decided to finish out the coffee shop the way I did because it really matched their branding and feel. I think it came out really cool. I was behind every process in renovating everything, but I didn’t know the first thing about coffee beyond hitting the ON switch on a coffee maker. When I was designing the layout of the coffee shop, I would ask ‘Why does this machine have to be here? And How does it work?’ I learned it in reverse. After installing everything, the BRCC team came in and gave me one on one training on how everything worked, and it all clicked. I was behind every step of the process and I thought it was a great idea to implement some of their branding into everything and it was a lot of fun.”

A new venture for both Mainz as well as BRCC, the duo worked and learned together. “BRCC had never done anything like this before. They had no idea how to pull this off, and neither did I. They had concepts for how to make it work, but hadn’t really put it into practice. Since I was the first, there were not really any rules from them as corporate, so we both learned on the fly. I was able to make it what I thought it should be, and they learned and I learned through the whole process.”

And since launch, they’ve never looked back. Mainz cites an ever growing customer base and by all accounts, a tremendous success. However, for him, his gauges for his success are a little different. He continues, “We were in the black within 8 months, so I give myself a 97% score. I’m enthused about it. I did it on the frugal side and was able to pinch pennies and pay off loans quickly and I’ve been very pleased with all that. It does better and better every month and every year. But honestly, what I created fascinates me – this is my living room if you will. This isn’t work for me – I get to go hang out in my living room and people like to hang out there with me and I just love that. I’m never going to work – I’m going to hang out with like-minded people and make new friends every single day.”
Many of those friends are law enforcement and military people per the BRCC corporate culture which invests heavily back into these communities, which obviously does well with Mainz’s firearms store crowd next door. And because of that, Mainz has plans. He explains, “I have ideas. I have grand ideas. Most probably won’t happen, some might. I’m looking at other locations, and I’d like to marry the stores together like I’ve done together here. I love this concept and it makes sense.”

But with his successes, Mainz appreciates what he has going, and knows to appreciate what he has. He finishes, “It’s been awesome with the local community and the regulars. Walking in and seeing the same people getting coffee and checking emails is such a great feeling. They’re comfy enough to come in and they support what we’re doing and spend their dollars where they have many choices here in Boerne. People come from all over every week, and I’m so humbled by that. The community here is wonderful and is so crucial to our success. In the end, people will forever want good coffee and will forever want guns. They are commodities. I’m so proud of what we’ve done and I hope to do it again. But even if not, I simply couldn’t be happier.”