Home Art Of Art of Yoga 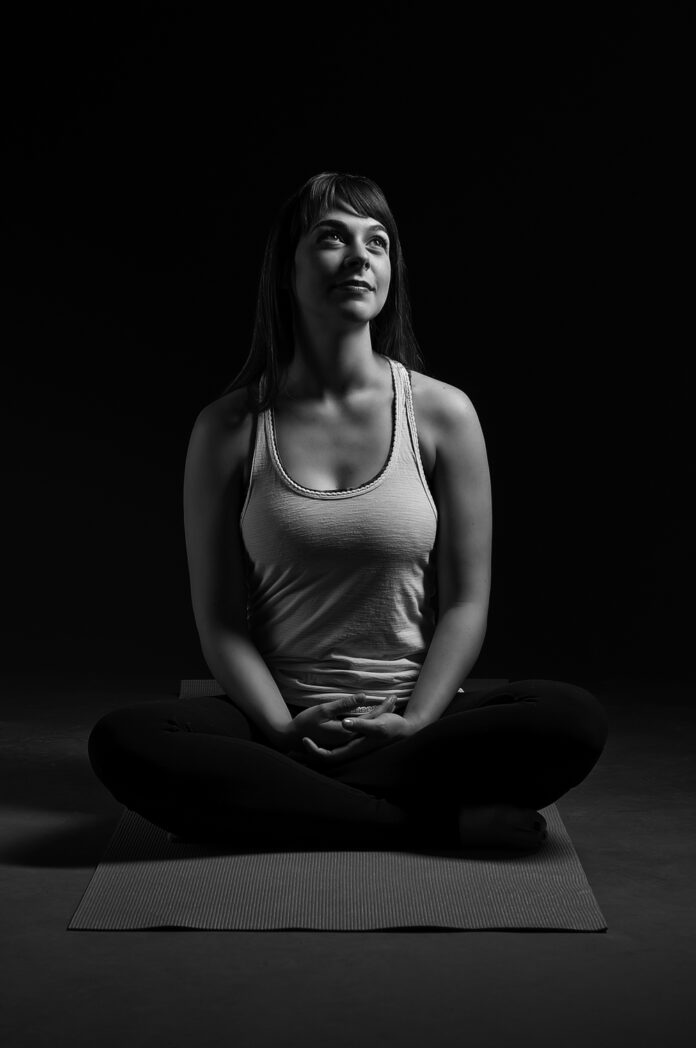 TThe popular practice of yoga has been at a steady incline since the 1970s, but in the last five years we have seen it grow into a $27 billion industry. Yoga is no longer associated with the stereotypical crunchy granola types. Practitioners range from stay-at-home moms to CEO’s who are looking for anything from stress relief to therapeutic practice or a spiritual form of physical fitness. Instructor Rachel Villanueva is showing the Hill Country how to do all three with the least amount of intimidation at her cozy yoga nook, The Yoga House.

Rachel reluctantly began practicing yoga with her mother when she was 15 years old. After a while, she began to enjoy the benefits and once she was old enough to drive, her mother gifted her with a pass to practice on her own. “But after I became an adult, it was really easy to say, ‘I want to spend my money on clothes, not yoga.’ So I went through that phase.”

Her personal practice fell to the wayside once she started college. After graduating with a degree in psychology, Rachel began working at the United Way on a call line for non-profit services.

“During that time, there was no money anywhere and all of those non-profits were dry. Instead of telling them the truth, we’d have to give them empty referrals. So I had to give out numbers that I knew were not going to work and that was really hard.”

She endured many angry call backs where she was called awful names, leaving her stressed and upset about her job. “I’d look around at my coworkers and they’d be really good on the phone, but when their family would call, they would just bite their heads off. Their relationships were not good and they didn’t feel good because they didn’t have a place to put those emotions. I didn’t want to feel that way.” In the midst of her stress, she remembered something her mother used to say: “If you’re going on a date, where comfortable shoes. No matter how nice they look, if they hurt your feet, you’re going to be grumpy.” 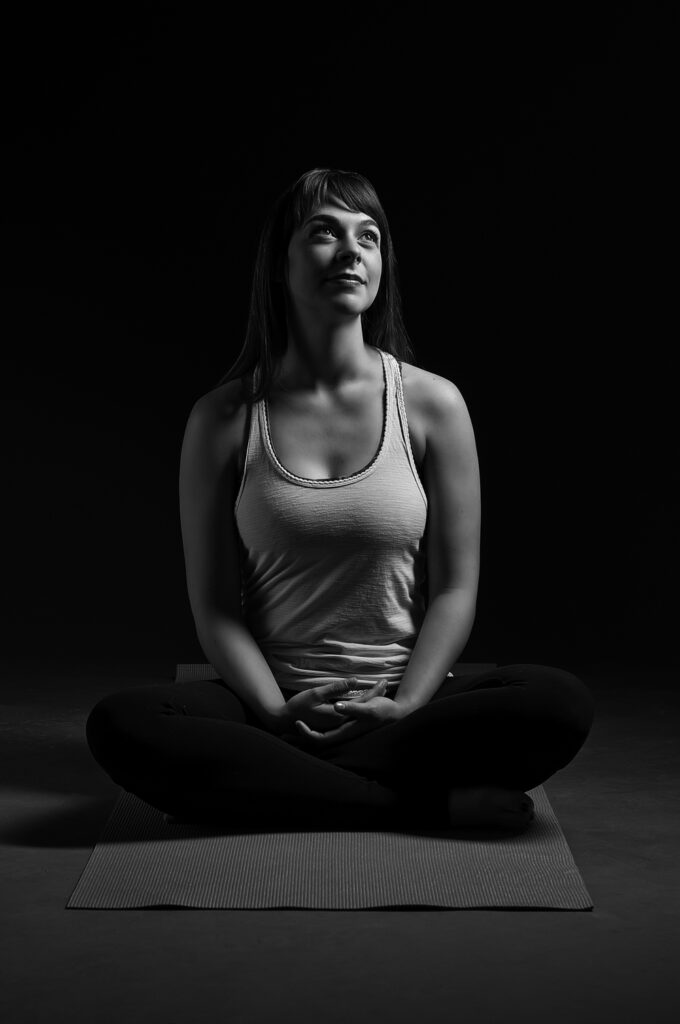 Rachel says, “Sometimes people don’t realize that the way they feel translates to how you act. A lot of times, it just takes like 20 minutes of moving and breathing and I feel like myself again; happy, good and comfortable.” So she began practicing yoga again.

Soon after, Rachel left her job to begin working in retail at Lululemon, a high-end yoga-focused retailer. She quickly realized that this is the community she loved and wanted to pursue a career in, so she began teacher training and became certified. She was teaching at studios and out of clients’ homes, but her real goal was to open up her own space where clients could receive quality with paying an arm and a leg.

“I wanted to take yoga classes other than where I taught and it was getting really expensive. Sometimes you go and it’s $15-$20 a class. Sometimes you think, I could eat with that money or go to a movie. A lot of gyms have yoga and it’s cheaper, but it’s not the same. The fluorescent lights are on and people are on their cell phone and it’s hard to connect and go to a quiet place when you’re surrounded by a bunch of distractions.”

After Rachel gave birth to her son, her motivation only grew. She shared her idea with her parents who enthusiastically volunteered part of their home to be her new studio. Their split-level house sits on a hillside, meaning the first story of their home is underground. There are no neighbors on either side of the house, providing the ideal spot to be free from distractions, save for the crickets and birds. The downstairs area had become a storage area for her parents, so they had no problem lending it to their entrepreneurial daughter. Rachel says, “Part of it was me selfishly not wanting to go back to work. It kind of worked out really nicely since I had a lot of people that I taught privately.”

Rachel has made her mark in town by being completely beginner friendly and approachable. She spends 50% of the time on her mat because she’s found that people are very visual. The other 50% is spent walking around to adjust alignments for everyone’s safety. At The Yoga House, only English is used instead of Sanskrit, as many people are intimidated by the use of Sanskrit. The casual environment is completely unpretentious and encourages questions and comments during the session. But don’t underestimate her because she knows how to challenge those with advanced practice as well.

The intimate space only fits ten people a class where Rachel can tailor-make her practice each time so that each person receives individualized attention. “The classes are interesting because there’s that dynamic of a group. Sometimes it’s really not motivating by yourself and it’s extra motivating with other people.”

She is also available for private practice if group exercise is not your thing. Many of her clients come to her for injuries, a number of them being from motorcycle accidents. “There’s a lot of anatomy and science involved with yoga if you’re going to teach it safely,” Rachel says. She is skilled at getting in tune with each client, learning what feels good for them and where they are hurting.

With very little advertising, The Yoga House is steadily growing by word of mouth. “I was afraid that since it was out of a house that no one was going to come, but the exact opposite is happening. People want more of a connection, which is cool,” Rachel says. Many clients are repeat offenders who often bring their friends along who also become regulars. Although Rachel loves to see the business growing, she doesn’t see herself ever taking the business out of her parents’ home. She says, “I want to stay true to myself and attract people who are looking for a more personalized and unique practice.”

For Rachel, Yoga has always been a reminder of being connected. “You start to breathe and move right, synchronizing things together. You just start to feel better. You feel good in your body. You don’t have any aches and pains and you can move comfortably.” There are also the aesthetic benefits of yoga that Rachel doesn’t discount. “That’s probably as exciting because those are things that you can see and measure. Everyone has a reason why they start yoga, but I find that it’s always something else that keeps them coming back.”