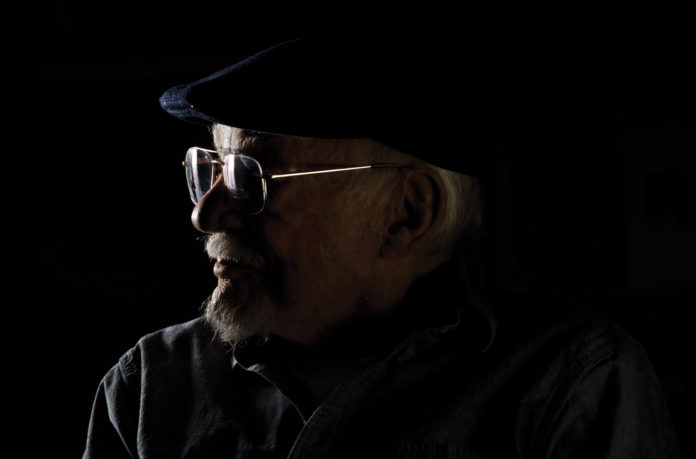 Few columnists that have written for EXPLORE have polarized people more than our favorite curmudgeon, affectionately known simply as Old Timer. Rumors have run rampant the past few years as to the true identity of Old Timer, but all were false. After much convincing, we are pleased to finally be able to unmask Old Timer and to tell a bit of his story.

“I hate doing this”, B.D. begins. “I started this silly column, but I always said I wanted to maintain my anonymity. I can’t believe you guys are making me do this.” 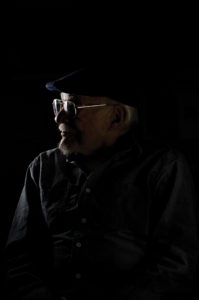 Known amongst friends and family simply as B.D, he lives alone a few blocks from River Road. In a humble house full of family pictures, momentos, and awards from his Air Force days during WWII, B.D. lives a simple life. As he has mentioned countless times in his column, his front porch is his favorite spot to relax, and we sat down for a few minutes for this article.

“I moved here right after WWII. My dear wife and I had a couple of boys, and it was the greatest place in the world to raise a young family.” Following a career in banking, B.D. enjoyed his retirement years on this same front porch in this same house that he raised his family. He continues, “Those were good days. My wife and I enjoyed traveling and eating some fine dinners in the area. Once I lost her, I sort of lost my way for a while.”

An admittedly “dark period” followed him through the better part of the 90s and early ’00s, but slowly he began to engage his life a bit more in a growing community. “I went for a walk one day along Main Street and I suppose I had been oblivious to much of what was going on around town for a long time, but I opened my eyes and just stood aghast at what was happening in town. The city leaders from perhaps ’05 until now have deliberately tried to destroy this town and, well, it pissed me off. So whenever it was that I started writing…I don’t even remember when it was…but it gave me a bit of a voice to get people talking about what was going on.”

Having covered every topic imaginable, some of it seriously and some of it not so seriously, B.D. is unclear about the reach of his voice, but knows that people have resonated with some of his messages. He continues, “When I started doing it, I just thought I’d make fun of a bunch of things, and that’s what I did. I got a few chuckles here and there, but the message wasn’t so funny: Quit destroying our town. City council folks instantly quit talking to me, I got some ugly looks at the coffee shop, but a lot of folks would stop me and tell me that they enjoyed the article and that they liked my message. Then I got hold of the proposed City Hall plans. Ol’ $chultz (he asked us to print his name this way) worked really hard to sneak those plans past folks, but I made a lot of noise about it in the magazine during its planning stages and the town went insane. Facebook exploded with the news. Yes, I read Facebook. The Boerne Area Informed Citizen’s group was formed. The council meeting was packed. People HATED that damn thing, and I instantly gained a bunch of credibility…that I didn’t necessarily want. I was just having fun complaining about local issues, but all of a sudden I had caused a real ‘news’ item to hit the town and it made a lot of people angry as hell. I don’t blame them. Have you seen that monstrosity? Every thing that they swore it wouldn’t be…imposing, looming, scary…it IS. God I hate that damn building.”

From there, Old Timer has simply continued doing what he does best…with mixed results. “I always laugh that even though I think some of my ideas are actually ones that would help, they are disregarded as just the ramblings of a pissed off old man. I suppose some of them are just plain stupid, but those are also my favorite ideas. But the real ones come from a thinking person, and seem to me to be grounded in common sense. But no matter how decent I think my idea or suggestion to be, I hear little from city leaders beyond a chuckle and a snide comment. It seems to me that this attitude is why the citizenry doesn’t trust our local government one damn bit, but hell, I’m not running for City Council so what do I know? I just wish that they would LISTEN better to what people are saying and try to sculpt a town representative of those citizens, and not for what would bring in the most tax revenue. So far I haven’t seen that. I like our new administration, but they have a lot of work to do to clean up for the past decade and a half of destruction. Hell, we’re going to get a Buc-ees. Are you kidding me? This was handled in secret meetings and $chultz was out there glad handing about bringing that stupid gas station here, while everyone in this town wanted to throw him out at the city limits sign. That disconnect is confusing to me, and has done untold damage to this sleepy little town.”

As to his favorite parts of his job as columnist, B.D. says with a smile, “I love hearing people laugh when they read it. I sometimes sit at the coffee shop and watch people while they read the magazine, and I always smirk when I watch a husband laugh and then show the article to his wife. I’m not a comedian by any stretch, but I do enjoy people having fun with it. As I said, some of the stuff I cover is just ridiculous, because I’m sort of ridiculous, and talking about shooting the ducks or putting gun turrets on I-10 makes me laugh while I’m writing it over a whiskey, and it gives me a good feeling to see others finding some humor in otherwise ugly topics.”

What’s next for B.D., er, Old Timer? “Oh, I don’t know. I’ve quit the column twice because I didn’t like the atmosphere where it caused people to become angry. I think our city leaders are good people…that sometimes do stupid things. Just like me. I pick on them, but I don’t like it when feelings get hurt. I hope that I can continue to pen little columns that steer clear of the hurt feelings, and instead, just makes people laugh and think. And maybe remember. If I had one wish, it’s that I could keep spitting out my thoughts on local things, and that it would cause people to laugh at the silliness of my suggestions, that they might be caused to stop and really think about solutions to an issue, and that they might remember what we’re working for here. The culture. The history. The memories that so many of us have here in Boerne that are in danger of being forgotten. Let’s laugh, and think, and remember – because if we do that, there’s a lot of good things that could be done here in town. And maybe I’ll still be alive to see some of it. I’d like that, too.”

The Art of Fine Woodcraft – by Deva Moore