Home Art Of THE ART OF THE RECIPE 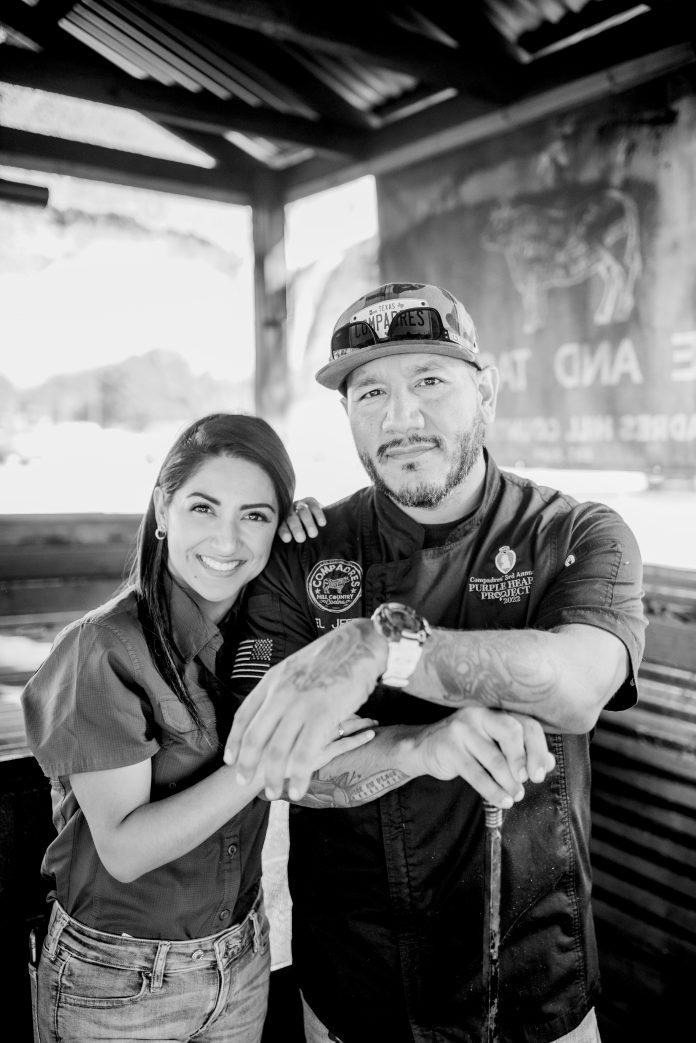 Mark Sierra has been pretty unconventional his entire life. Always following his own path, Sierra has traveled throughout Texas, found himself in Iraq on 2 tours in the military, and inexplicably found himself as the chef and owner of the viral sensation, Compadres Cocina. He sits down to talk about not only how he found himself here, but the pinballing adventures that allowed that to happen.

Following the death of his mother from a drunk driver when he was 10 months old, Sierra was taken in by his grandparents. Living with them until 14, Sierra’s grandmother was blind and so Sierra worked as her “hands” in the kitchen, as she explained what to do, and he did it as instructed. Thus began Sierra’s culinary education.
Ultimately moving in with an aunt and uncle following his grandparent’s passing, Sierra focused heavily on his baseball career in high school. However, “chasing girls instead of chasing my grades” left Sierra with few college options, so he ended up as a tattoo artist in Fort Worth at 18. Living a rock star lifestyle, Sierra and a friend visited a military recruiter and Sierra was ready to go. However, his friend was not, so Sierra passed on the opportunity. “I was all over the place after that. A personal trainer, a DJ…I was just pinballing around doing anything creative I could find.”

Ultimately Sierra moved to Odessa in 2005 for his girlfriend. Sierra also decided he wanted to try out for a minor league baseball team and had begun training heavily. Ultimately catching the eye of the Texas Rangers who offered him a gig as the bullpen catcher. The offer wasn’t great, and it would require a move to Dallas, but it was in baseball.

Sierra sat down with his girlfriend, and she refused to move. Sierra passed on the opportunity, and decided to stay with her. They broke up 3 months later.

Now a Schwan’s delivery driver, Sierra says “I was just loving life at that time, I suppose. Yeah, I had passed on the baseball gig, but I was single again, was doing alright, and had begun just hanging out with my friends in the country bars.” The next thing he knew, Sierra was the singer in a local country band. Another creative outlet, Sierra soon found himself touring regionally opening for larger bands, and tickling further his creative outlets.
About this same time (2007), the Iraq War was in full storm, and Sierra again stopped by a military recruiter’s office. He walked out as an enlisted man. A Fire Support Specialist, Sierra quickly learned that meant that he would be calling in airstrikes, and his life expectancy wasn’t the best. But from 2007-2011, Sierra served proudly with 2 tours in the Iraq War. He explains, “I don’t complain anymore after my service time. It could always be worse. Perseverance. Dedication. The passion for life. As veterans, when you go through stuff like that, you feel like you still have a sense of purpose. I want to help in any way I can because it just gets drilled into you. You’re on edge 24/7, and it’s intense. It absolutely changes your perspective on a whole lot of things.”

Following his service, Sierra explains “At this point it was a toss up. I had been playing a lot of golf, so I figured it was either working toward the PGA Tour…or culinary school. Where would I have the best chance to do something awesome? So I chose Culinary. I went to Cordon Bleu in Dallas where we won the Iron Chef Title for the school in 2012. After graduation, I worked for the Warwick Melrose Hotel in uptown Dallas. In 6 months I was the sous chef for the hotel. 4 months after that I was the Executive Chef at the Pearl at South Padre Island. The passion I had ran hand in hand with the creative side of me and it showed in my cooking. Planning. Executing. Tasking all of that – that’s where my military experience came in and I have simply loved it.”

And with that experience and passion, Sierra began to strike out and find his own ventures that would best suit him. Opening Easton’s in La Joya (named for his son). Ultimately meeting his wife Dalia, he then moved the family to the Woodlands as Executive Sous Chef at the Woodlands Country Club. In 2018, the sister company at Fair Oaks Ranch Country Club had lost their chef, and Sierra was sent as a “loaner chef” for an event, but the next thing he knew, he was hired as the Executive Chef for Fair Oaks Ranch Country Club.

Struggling to brainstorm through revenue generating ideas, Sierra and his team hustled their way through the majority of the pandemic. Enjoying Boerne, the family continued to lay down roots in the area, but the pandemic took its toll and Sierra was ultimately furloughed from his role. Armed with the family’s savings of a few hundred dollars, Sierra took to making containers-to-go of dishes such as menudo and salsa, created a logo for Compadres Hill Country Concina, and opened social media pages. “I was super active on social media and I basically portrayed Compadres as being the next big thing in the area, though I was literally selling food out of the trunk of my car. I put a spin on my recipes and people loved it. Thankfully, and as crazy as it is because we opened in the middle of COVID, on June 13, 2020, we opened the location for Compadres.”

Continuing to do pop-ups, and upon finding their location for the restaurant itself, Sierra and his team continued to hustle to not only feed his family, but to grow his concept for Mexican cuisine with a Texas twist.

Since then, Compadres has been a ridiculously huge success. With large plans for not only himself, but his family. “We work like mad at the restaurant, but when we close, we close. It’s then about FAMILY for me. I grew up without a mom. Without a dad. I don’t want that for my children. I want them to know family and togetherness and what that’s all about – so yeah, it’s been successful and things are good, but when I close it down, I’m serious about being with my children and wife because that is vital to me.”

Devoting his time to the ISD, to Veterans, and a 90% disabled veteran with PTSD, Sierra is all about making other people feel “good and calm and I want them to laugh and enjoy their time together as families. That’s what makes my heart happy and why I do what I do. That’s my WHY. Yes I love to cook, but more than that, I love to see people come together and grow closer. And if that happens over my food, then my day has been productive.”
While business continues to boom, Sierra continues to throw his energies toward his non-profits, such as the Purple Heart Project, honoring Purple Heart recipients. “We’re going to gain a good reputation for what we do, and people will appreciate what we do, but I could care less about any sort of financial gain from any of it. I don’t care at all. I do these non-profits because I just enjoy giving back to these people and these groups and these populations because they resonate with me. I just love it.”

“Boerne has been amazing for us. We have our very own crowd here. We get people come here from all over the State to check it out due to the online buzz, and that’s a lot of fun. I love meeting the veterans that visit because it’s like we’re in the same platoon. We play the National Anthem at noon and it makes me so happy. We’re focusing on keeping this going. People talk to me about opening more locations, but nope, there will only be one. I’m the only one that do the cooking. I cook with this cinder block firepit and nobody cooks it like I do. I have certain ways of doing things, and I don’t want to train someone to do it. I cook it. That’s my thing. If I’m sick one day, we don’t have fajitas because nobody else can do it. Yeah it’s pressure I suppose, but I love it. I love what I do and I would have it no other way. I guess there’s a bit of local celebrity I have created with the online nonsense I do, it’s only so that I can create a life for my family and I…and I’m so lucky to be doing it here in this town surrounded by the people I’m with.” 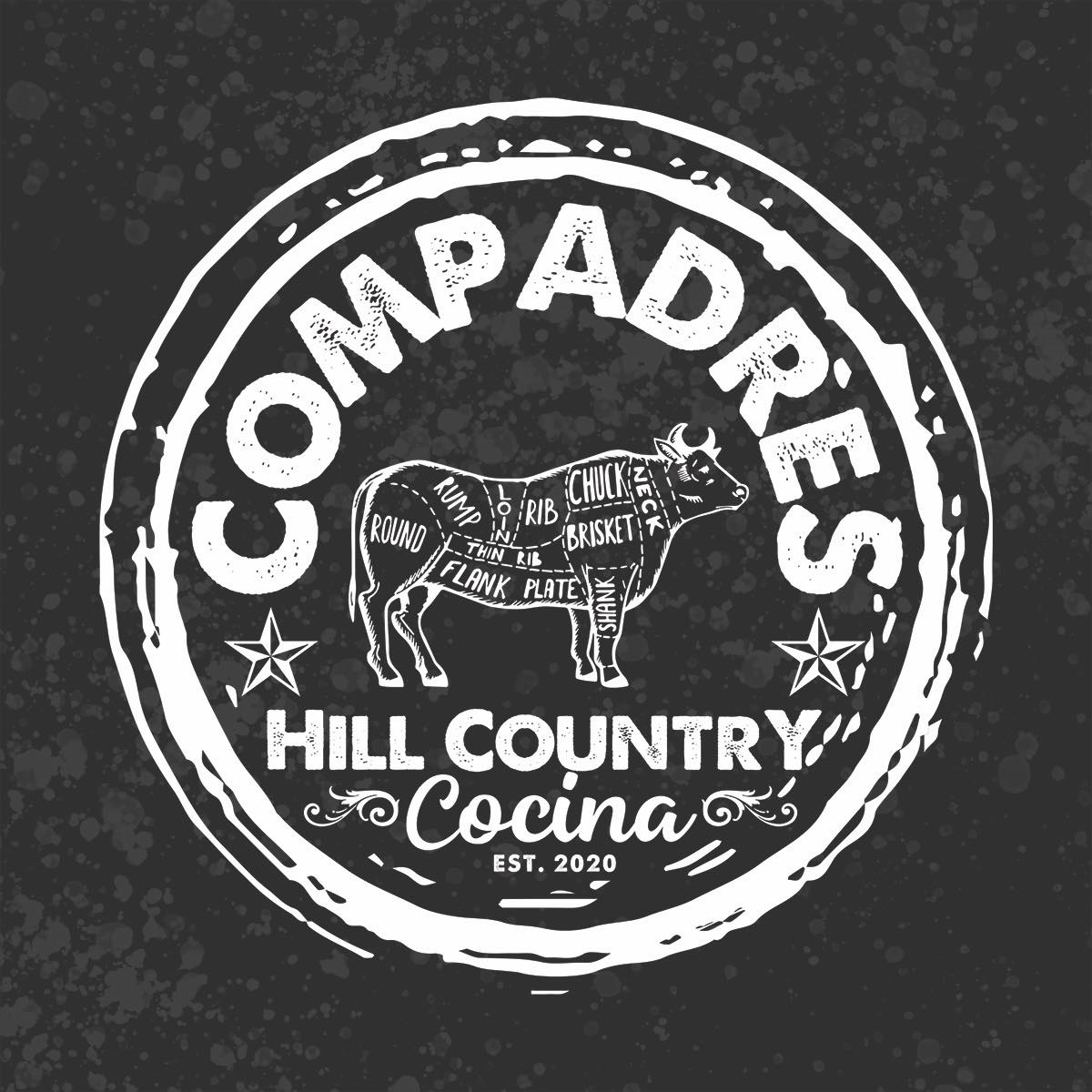