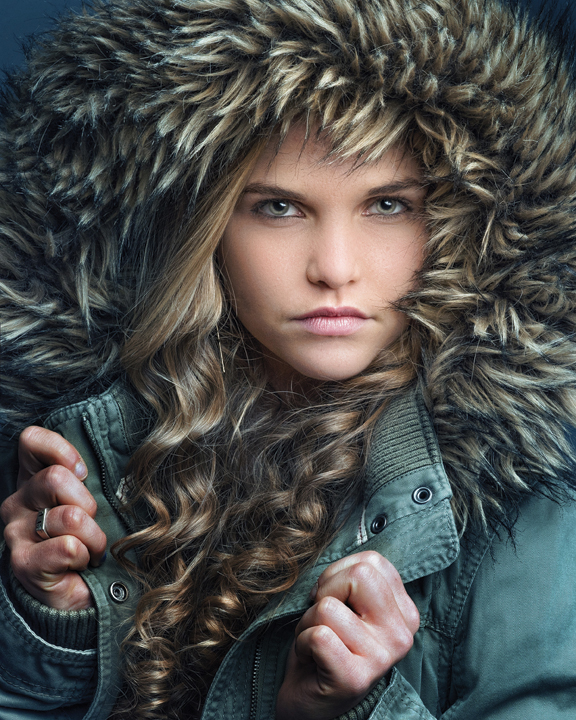 AA moment in time motivated Jason to pursue a dream job that he really did not know he desired…at first. He was content with the impact in life that he was already making in his career as a Law Enforcement officer. His job as parent and officer was fulfilling. He was making a difference. His life was just where he wanted it but as we know things change!!! Jason was thinking to himself one day…”Pictures of my children while playing their favorite sport looks easy. Instead of paying someone else to capture my kids’ images seems like something I could easily do.” But as Jason later learned it is not easy nor is it simple!! Jason invested in some high quality camera equipment and his quest to create those precious moments was born. The beginning of a hobby that has shaped up to enhance his and many others lives now and in his retirement from the force in years to come.

Jason Abbott began his career in law enforcement in Kendall County in late 1994. He worked at the Sheriff’s Department under a couple of administrations before finding a home within the Boerne Police Department. Jason always brought his best to the community and his personality eventually made him the perfect man for the job of School Resource Officer. Jason fit right in with the children because of his love for his law enforcement career and he felt like he could relate to the kids on the same level as according to Jason “I am always a child inside even though I look like an adult!!” But do not mistake Jason’s professionalism nor his commitment to his job or current hobby-unique photography- for lack of professionalism as he is the ultimate professional! 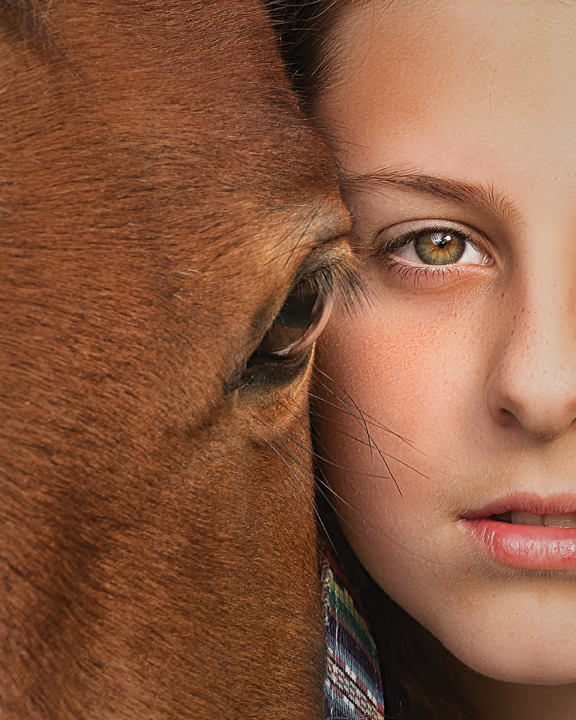 As Jason sat at that game with his children and thought he could take his own pictures, he did not realize the impact on even more lives he would make in the years even after his own kids had hung up their cleats. Jason took pictures of his kids and developed them and saw such potential on doing them just a little different. He realized that photography was much more than just capturing the moment but there were filters, tones, backgrounds, colors, poses, and so much more and he wanted to learn it all. Jason joined a photo club aptly called No BS Photo Success of which he still a member of today. He feels that the club has brought him so much info, support and help and he recommends it for anyone looking to improve their own photography abilities. Jason began taking classes from every professional and source he could find. He immersed himself in improving and keeps learning and is still taking classes to this day to perfect an art that seems like he has perfected already. Jason sought out the knowledge of such greats in photography as Warne Noyce, John-Mark Stephenson, Debbie Rodgers, Melissa Williams, Tommy Cooper and Paula Noyce and Renee Robyn. He lists Renee as one of his biggest mentors. Jason and his wife, Karla, host in their home as many as 21 world class photographers who meet to share their art among themselves or hold classes for the public. Jason was instrumental in starting those classes/workshops for the Boerne community to learn and find their own niche in photography.

Each photographer that Jason has encountered has a special talent within the field. Jason has chosen portrait photography as his specialty. His photos are not the usual sit and pose photo that many choose for their special photo. Jason finds the personality, quirks, truth and depth of each of his subjects. He uses humor and a genuine interest in the person to bring out their inner beauty and personality self. Jason first meets with the family or subject desiring the photo. He discusses the reason for the picture and makes a connection so necessary in the journey of the perfect moment in time. Jason is quick to point out that while he loves his work as a photographer his style is not the answer for everyone. He feels that with so many talented photographers out there one must ensure that who they pick is essential to the perfect desired photo shoot and final product. Jason has a goal with each picture he shoots. He does not do glamour shot type pictures, if you want to be someone else he directs you to being You! Jason finds the individual is of more interest than trying to be someone else. He wants to bring out the inner impact of each person desiring that special photo. He enjoys all ages and when asked if he had a favorite and why, his answer was children age 1 and up to high school. The age group he enjoys brings such honesty and passion to their photo. Jason has photographed babies but they are more difficult due to the needs of infants making it harder to get a desired photo. Karla is awesome with children and assists Jason in the process of making children comfortable and relaxed for a great photo. This brings him to his reason behind his favorite age groups. The younger children have nothing but innocence and truth and are just honest in their emotions and expressions. Older children follow direction easily and emit such honesty that they are a joy to photograph. Teens have such depth once he gets past the outer wall. He enjoys photographing the tough guy hidden inside the shy awkward young man or the inner beauty inside the hesitant young girl. Jason connects with these age groups with his humor and common interests. With Jason’s personality and as a police officer and dispatcher it is certain he has an arsenal of ammunition…

Jason finds that he prefers the use of a plain gray background paper. He wants the focus to be totally on the subject. While he has done outside backgrounds he prefers to use a simple inside shoot for several reasons. He can control the lighting, the wind, the tones, the temperature and the weather as a whole. When Jason started in his hobby he knew he needed a studio where he could be in control of the environment. He chose a small space of about 300 square feet. He soon realized that would not be big enough and he has since moved into the studio space he currently has. Jason offers an option not always available to photo studios…he has a hair and makeup professional who is local and Kittrice White adds her professional talent to a photo shoot if desired. Any shoots can be booked through her. Jason’ sstudio is not open to the public except by appointment due to his full time job with the Boerne Police Department. He is happy to meet with anyone on his alternate time for an appointment easily set.

Jason has done his own developing but prefers to use a professional company to develop his photography genius. They have the ability to correct any imperfections in their lab and always send back a quality photo. Jason stated that the benefit of using a local professional in photography whether it is a school photograph or for that special event is to have someone close and accessible to solve any problems, schedule quickly, or answer questions.

Jason has done some truly magnificent projects with the Boerne Police Department photographing for the new City Police Center. His photos of the officers, trainings and other candid shots grace the walls. A project close to Jason’s heart is the one he has done with Bryan Degner, history teacher for a history day project in the school. Photographing students in the class in their historical attire is a recurring project with different students participating yearly. Another project that is one of Jason’s pet projects with the school is the one he authored with the prior Principal and Vice Principal at Boerne Middle School North. The halls were decorated with positive vibes posters of encouragement and defining good behavior. Jason developed a project with the students being the author of their own favorite encouraging phrase. A contest was developed and the children made their own posters and their names were on the back. The staff then judged the posters based on their effectiveness of the phrase. The children remained anonymous until their poster was chosen. Then Jason photographed the poster and the child and framed them and they were displayed on the halls in the school. The morning they were unveiled was the first time anyone knew whose had been chosen. No requirement of grade, age, class or student. The morning they were displayed was an incredible time of the students admiring each other’s talent’s. It was a project meant to involve the students and it did just that and more…it made them all equals and brought them together as one focus. 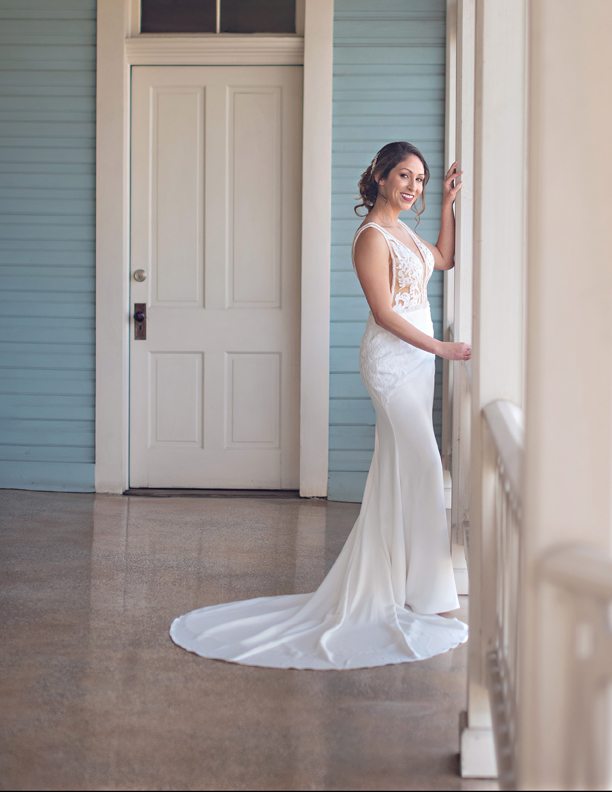 Jason stated that his goal when he photographs someone is that they leave happy. This author thinks that is his goal in life for every project that he does. The process of photography always has a goal and for most it is to capture a moment in time for sharing and reliving the time at a later date. One can attempt to capture that moment themselves or let a professional capture exactly what is desired in a setting of choice. Since the development of the photographic material in the early 1800s saving a moment for posterity has been a sought after talent. Jason has found a special way to make that his talent.

Jason says he finds Police work has its dark side especially when dealing with criminals. He enjoys dealing with the lighter side of life in photography as a pleasant balance. As he is beginning his 21st yes wow His 21st year at the Boerne Police Department, Jason is currently fighting a strong battle with a disease called Chronic Lymphocytic Leukemia. It gives Jason some challenges with the illness symptoms and the meds reactions and side effects. He strives daily to overcome anything this disease throws at him and while some days are harder than others, Jason and Karla rise to the top and will continue to team up to stay strong!!!! Jason is overwhelmed with the support and love from the community and appreciates it more than anyone knows…so Thank You All!!!! 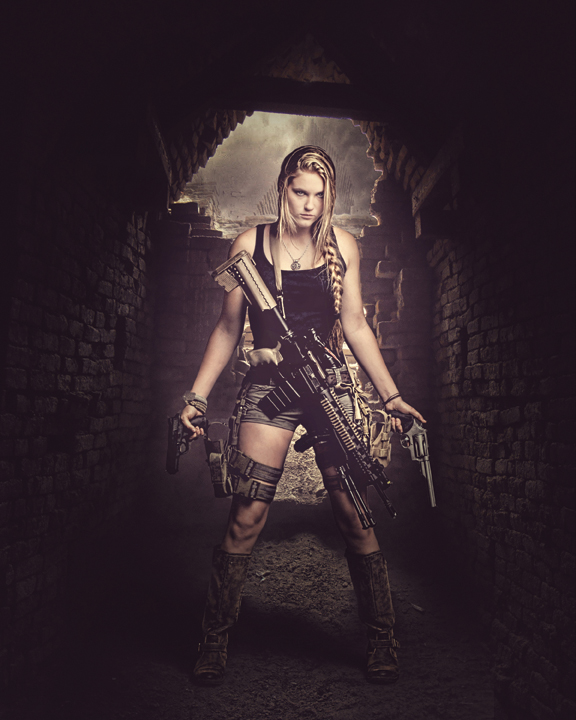 Jason is pleased with his photo shoot with actress Cheryl Ladd and her husband. It was for an animal support group charity ARF Animal Relief Fund and Jason knew the cause was worthy!!! Jason is quick to point out that while the photographs are important and the photography session is critical the actual bond made with the client forming lifelong friendships is his favorite part. Jason photographs groups or individuals and when he retires from the Police Department in a few years (well that is the plan) Jason and Karla hope to offer a more extensive line of photography events for the local police and the local schools. By using a local photographer for school portraits and events the contact for ease of scheduling becomes more available for all. One can contact Jason now for a remarkable photoshoot making history of its own. Jason can be reached via messaging his facebook Jason Abbott Photography, by phone at 210-325-3781 or by mail at 930 E Blanco Rd #700 Boerne Tx 78006. You may also email him at jasonabbott.photography@gmail.com. You may leave a message at any of these contacts and Jason will get back with you. If a regular picture is worth a thousand words then just imagine what a Jason Abbott photo is worth…the whole chapter!!!! Give yourself the gift of a photo of your most treasured possession…your child or maybe a family photo or a gift for your spouse. Contact Jason today and make a very special memory for tomorrow!!