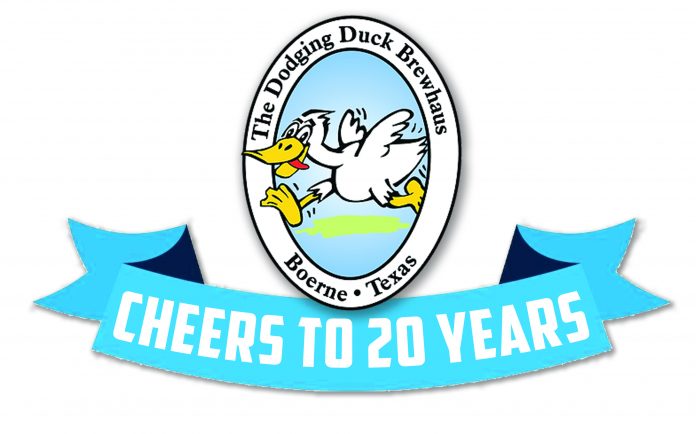 The Dodging Duck is a local institution. More first dates, more business deals, and more celebrations have happened at “the Duck” than probably any other local brewpub. Keith Moore and his team at the Duck are celebrating their 20th Anniversary this summer and we wanted to shine the spotlight on him this month. If you haven’t been, you must have just moved here. If you’ve been before, this is a great opportunity to head into the Duck, hoist a brew, and wish them all a great HAPPY BIRTHDAY. 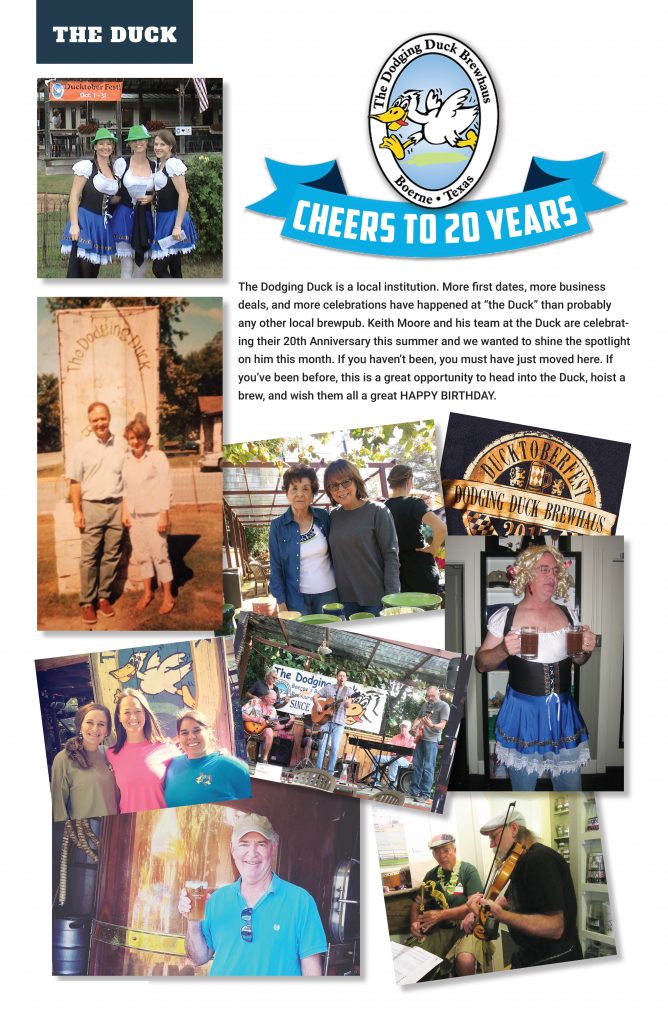 Keith, I know you didn’t just wake up one day and decide to open a restaurant & bar! Where did the idea come from?

“No, I didn’t just wake up one day and say ‘Let’s start a brewery!’,” he laughs. “In 1999, we moved back to the States after living in Switzerland for five years. I grew up in New Braunfels, and Chandra is from Houston. We both went to UT in Austin and loved the Hill Country,” said Keith, “so settling in Boerne was a natural choice. But after moving back, I realized that there was no good beer here!”

“Keith really missed all of the beer available back in Europe,” Chandra explained. Keith continued, “At the time the Texas craft brewing industry was just starting to gain momentum, so the idea in 2000 of a brewpub in Boerne was quite novel. After a lot of planning and research, we bought this old house in 2001, and it took us about a year to remake it into a brewery and restaurant,” he said. “When we opened, there were only two other breweries in all of the Hill Country: Fredericksburg Brewing and Real Ale in Blanco.”

Obviously, we know where the name comes from, you’re right across the road from the ducks, but who came up with it?

“During our year of remodeling, we spent a lot of time at the property. We all heard the tires screeching as traffic braked for the ducks crossing River Road, and the idea just popped into my head. Many pubs in England have animals in their alliterative names-I always enjoyed those names so I thought ‘The Dodging Duck’ was a good fit.”

Tell me about the very beginning?

“We bought our 10-barrel brewing equipment from a brewpub in Minneapolis, Minnesota. I hired an experienced brewer, then a few years later I decided to do the brewing myself. After about 8 years of great fun brewing, I hired Ian Richmond to take over brewing operations. Ian, a native of Comfort, has been brewing excellent beer for us for about 9 years now and counting. Some of our first beers were: Lonesome Duck Pale Ale, Sir Francis Drake Porter and Speckled Duck Extra Special Bitter, and some of these three–especially Lonesome Duck Pale Ale–still appear on our menu occasionally.”

“We opened August 1st, 2002, at 4 p.m., and I remember Keith and I walking up and down Main Street earlier that day handing out menus and asking people, including Bill Zaner, a local artist, to try us,” Chandra muses. “And early that evening, Bill Zaner and his friends arrived and were at one of our first large tables. Bill owned an art gallery in Boerne and he became a frequent visitor to The Duck,” reminisced Keith.
“A few years later, Bill said to me one day, ‘You’re gonna have to name a beer after me and call it “OLD GEEZER!’ Our very popular Old Geezer Pecan Brown Ale is still brewed and on tap at least twice a year.”

Do you still sell growlers?

“Yes, and now our beer is available in 16-ounce cans as well!”

“Growth – but it’s a welcomed challenge. We are a pub within a restaurant. We wanted our bar area to be a place where locals hang out. We want people to be repeat customers and keep coming back. The menu has grown more than it has changed, because many of our original recipes are still customer favorites. The kitchen has remained the same size, which is pretty remarkable, considering how much our business has grown.”
“We always wanted to expand our outdoor seating and Covid really fast-forwarded that effort and motivated us to move much of our seating outdoors. We’ve created a ‘Biergarten’ out back for drinks and that also serves as our waiting area for tables for diners.”

What are you most proud of?

“Giving a lot of young people their first jobs. We’ve had a revolving door of hundreds of high school and college kids. It’s been great to see them grow up and hear about their adult lives when they return to visit The Duck. We’ve had generations of families working here. Kids who came to eat here as toddlers with their parents have come back as our employees.”

“We’re also really proud of supporting local events and charities, such as the fabulous 0.5K that supports the Blessings in a Backpack charity.”

Anything special planned for August?

“As you know, August 1, 2022, is our 20th year anniversary in business, and we’ll be celebrating that day with live music, special commemorative souvenirs, and lots of good cheer! It continues to be a fantastic experience having such a fun family-oriented business in our wonderful, adopted hometown!” 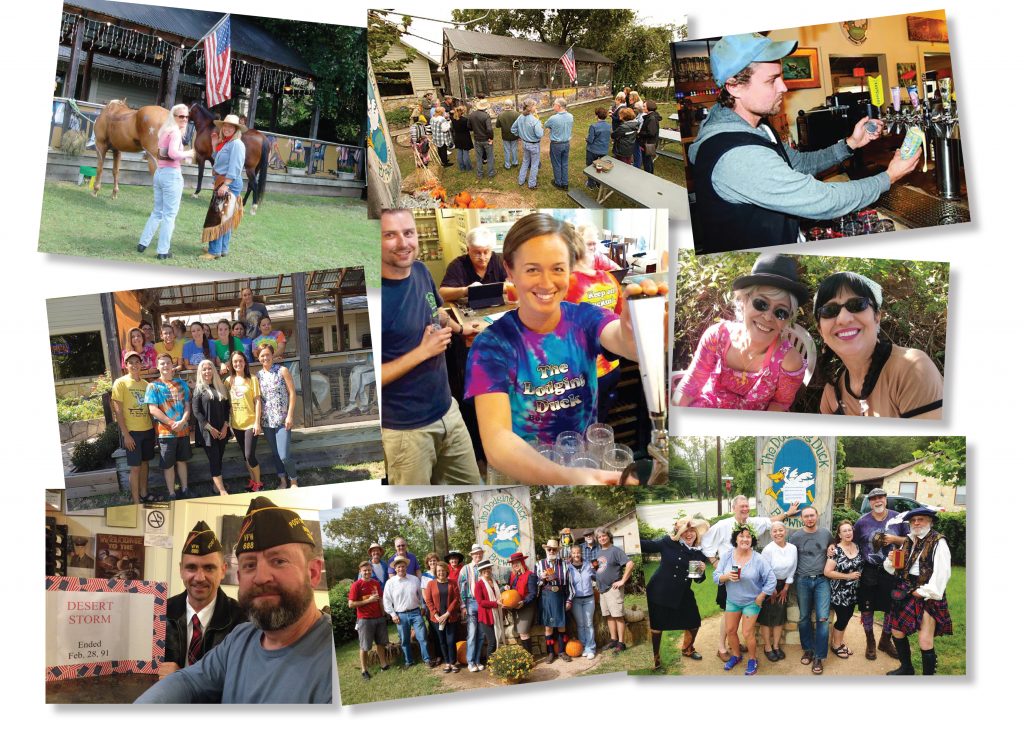