Home Food HOW TO HANDLE YOUR MEAT 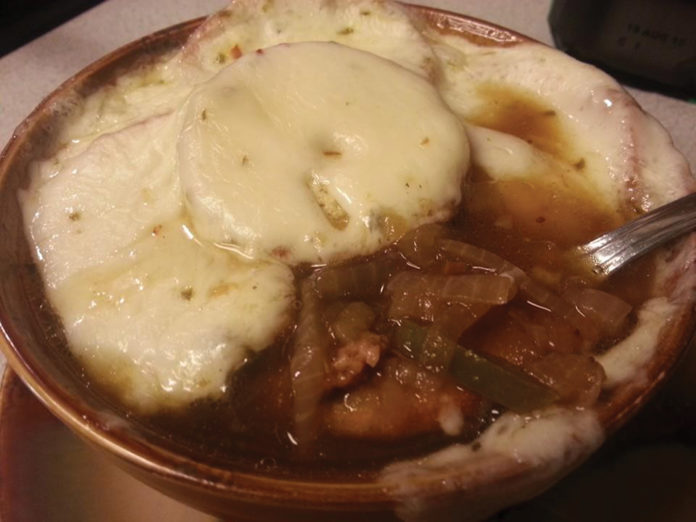 R“Roger, there are existential, physical and spiritual reasons
Why man cannot live by bread alone
It’s not a simple thing in life
It’s very complex, it takes a long time and it’s excellent.
What is it, Radney?
“Brisket.”
From “I Say When I Drink What I Think When I’m Sober”, Roger Creager and Radney Foster 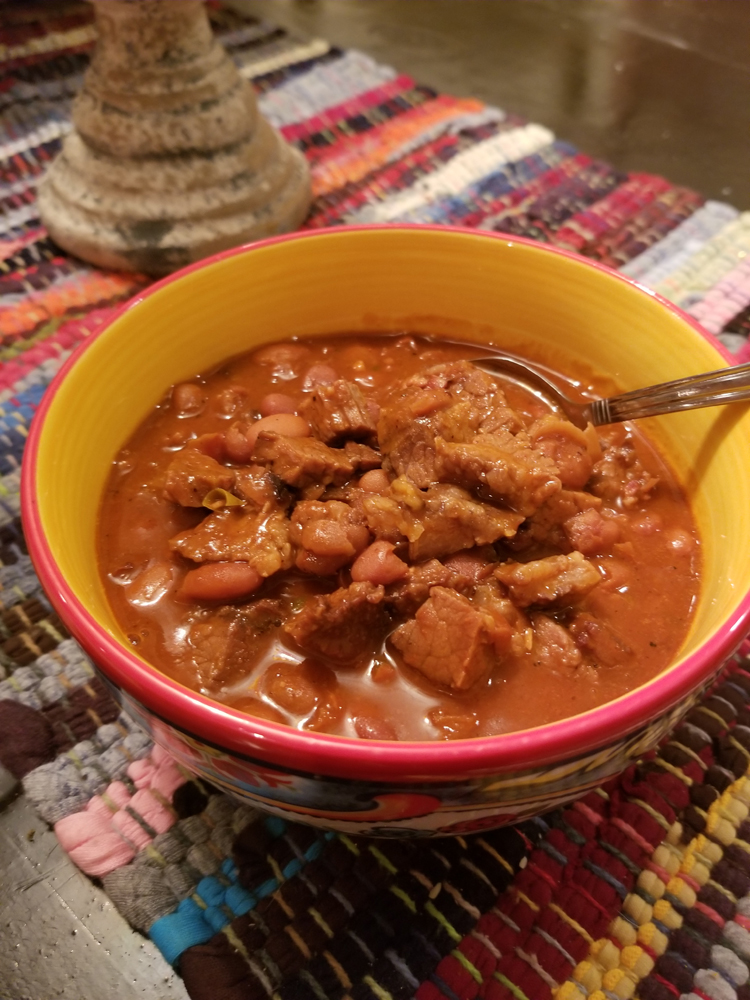 I’ve been telling you all about foods endemic to Texas for a few months now but have been purposely skirting around the issue of brisket. Brisket isn’t a recipe. It can’t be taught in a few a few paragraphs or even a few pages. Brisket is an art form. It takes years to master.

You can find recipes for good brisket rubs, yes. But then the whole formula devolves into a series of often debated points.

The possible combinations amount to a permutation that I cannot tackle in a news column.

I’ll tell you what I do.

I buy a whole, untrimmed brisket (this could be 15 pounds or more), and trim a bunch, but not all of the fat off. I like a really good fat cap to self-baste my meat and provide those glorious burnt ends.

Some people inject theirs with salty broth, often veal, sometimes beef. I do not. I feel somehow like it’s cheating. If you are newer to brisket, you may choose to.

For a rub, I use salt and pepper, and lots of it. A bit of cumin if I’m feeling sassy. I don’t want a bunch of spices and herbs taking away from the brisket itself.  But I pack on as much of the above as allowed by the laws of physics and the state of Texas.

Then I wrap it in brown paper.

I follow the “fat cap up” school of thought, so that as the fat renders, the brisket bastes itself. I use a combination of mesquite and oak, or sometimes hickory (but always half mesquite, because I’m from South Texas and it’s just how we roll.)

After I have a good fire going (either chunks of coal, or starting from logs) that has given way to a bunch of red glowing embers, I put either green wood, or chunks that have been soaked in water a while to create maximum smoke.

The brisket is placed in the smoke box, NEVER over direct heat. The key to great brisket is low and slow. I typically shoot for 1.5 hours per pound. Sometimes less, depending on when I’m cooking ad serving, and I aim to keep the heat between 200 and 225. This is where the years of experience comes in. You will learn over time how to regulate heat on your smoker by adding wood, opening the vents in the smoke box, venting the firebox, etc…

Lots of folks are running around using electric smokers and pellet smokers right now. I’m not gong to point fingers and laugh at you for it, at least not to your face, but do know that electric smokers are to real BBQ as paint by numbers are to a DaVinci original. Your use of that tool should be intended to develop some core skills so that you can eventually create your own masterpiece.

Do not talk to me about cooking brisket in an oven. That preparation DOES have it’s place. It’s called Hannukah…

Halfway through the expected cooking time, I remove the brisket from the paper, and place it back in the smoke box.  At this point, I start basting it every half hour or so with a mixture of melted butter, vinegar, and lots of salt and pepper (and cumin if I was using that). This provides for the development of the most amazing bark, and the burnt ends that Jesus eats.

When I have, in my experienced opinion (read: guessed), determined that  it is done, I carefully remove the brisket to a roaster, tent it loosely with foil, and allow it to rest until serving, at least 20 minutes. As with allowing any cooked meat to carry over, this allows the juices to tighten back up so that you don’t lose all of the juice the minute you start slicing.

As with other meat, you want to cut across the grain, not with it.

So there you have it. The Cliff’s Notes of Brisket smoking.

But what I can do for you, that you can make use of immediately, is to share with you a few favorite things to do with leftover brisket.

First, you’ll need leftover brisket. Good stuff. Whether you make it or buy it.

TEXAS CAJUN FUSION GUMBO
Make your favorite gumbo using a dark roux. Use chopped smoked brisket and sliced smoked sausage in place of shrimp, chicken or whatever you would usually.

BRISKET CHILI
Chop up your left over brisket, and use it in place of your ground meat in your favorite chili recipe. I chop it up, add it to the leftover pinto beans I served it with, add lots of dried chili/chili powder, a few beers, and simmer it down until thick and tasty.

Here is my FAVORITE use of leftover brisket: 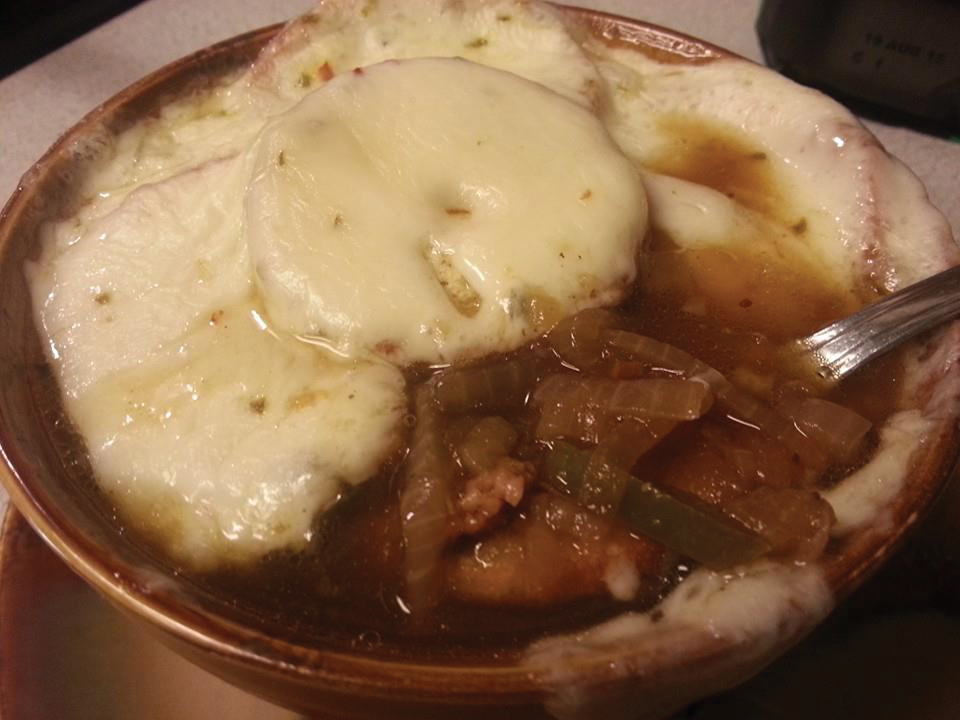 TEXAN FRENCH ONION SOUP
(like the French classic, but with beef, booze, and bigger balls)

Sprinkle with salt, and stir. Sweat the vegetables down, stirring occasionally, until softened and transparent, but not browned. Add the brisket, stock, hard cider, and water, and bring to a low simmer. Simmer for about half an hour. Add salt and pepper to taste.

To serve, ladle soup into individual soup crocks or large ramekins. top with hard croutons or toasted baguettes, and about 1/3 cup cheese. Place in broiler for 5 minutes, until the cheese is melted, and browning. Serve immediately.