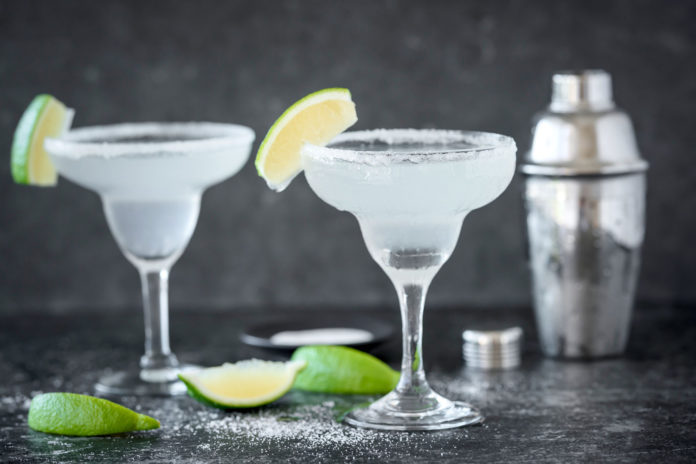 CCurvaceous, and beautiful on the outside. Sweet and sinful on the inside. A little bit of a tart…

Really, it’s everything I look for in a beverage. A little tequila, some lime juice, simple syrup, and a dash of orange. Finished off with a glorious halo of salt. 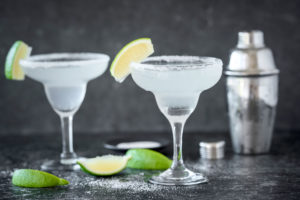 The Margarita is the National Adult Beverage of Texas. Or of Mexico, depending on whose stories are to be believed. The exact origins of the Margarita are the subject of much debate, speculation, and story telling. There are a number of stories as to the origin of this long time favorite, and none of them any less intriguing than the next. They almost always involve Mexico, and a woman. Given the availability of both tequila and limes in Mexico, this makes plenty of sense.

The most credibility seems to have settled on one Margarita Sames, a Dallas socialite, while on vacation in Acapulco  in 1948. This also seems plausible, as Dallas socialites frequently have vacation homes, and have been known to throw a party or twelve.

Since then, Mrs. Sames’ drink has become the most popular mixed drink in the United States. The Margarita has been recreated in many ways, some better than then original, and some not so much. I would tell you which ones are without question the best around, but I won’t. I regret to tell you that you will have to do your own research to figure out which you like the best. I don’t think you’ll mind, but I do caution that you should not try them all in one sitting. Margarita can be a dangerous mistress, and one should not give themselves over to her completely.

Pretty much every fruit you can imagine has been parlayed into a Margarita at one time or another—apricots, mangos, and raspberries are some of my personal favorite additions. The purple fruit of the prickly pear cactus (called tuna) makes a delicious Margarita with a beautiful, deep plum-red hue.

I’ve heard tell of chocolate margaritas and other such nonsense, but that makes about as much sense as a snake with mittens.

Regular and strawberry versions are frequently swirled together, and are sometimes topped off with sangria and various liqueurs for colorful and new drink sensations. A Margarita Bomb consists of a frozen margarita that is served with a bottle of Mexican beer inverted into the middle of it, slowly releasing the cerveza into the Margarita.

They are served both frozen and on the rocks, and the fruitier versions typically have sugar on the rims rather than salt. Personally, I like a little of both, so I serve them that way. It’s just how I roll. Feel free to dust them up however you wish.

The Margarita has inspired many recipes, including cakes, tarts, and punch. I have used Margaritas as marinade, as the base for salad dressing, and have simmered it to a thick delicious reduction for service over fish and poultry. Rather than plain lime juice, I have used it to toss into salsas and ceviches.

As I mentioned, I can’t tell you which Margarita you will like the best, but I can tell you which ones I like best. They are included here, as is a non-alcoholic version, which is fantastic at baby showers and work events where alcohol is off limits.

Shake with ice and strain into a salt rimmed glass.

Place the limeade, Tequila, and Cointreau into a blender. Fill the blender with ice, place the lid on it, and blend until smooth. Pour into prepared glasses and serve.

KEY LIME AND COCONUT ‘RITA
This is my favorite margarita—nothing makes me feel like I am sitting on a Mexican beach like this one does
Per serving:
3 oz gold Tequila
4 oz Coconut Lime base, below
1 oz water

Shake and pour over ice in a glass rimmed with sugar and salt.

COCONUT LIME BASE:
2 cups water
2 cups sugar
1 can cream of coconut (not coconut milk)
2 cups key lime juice (can be from a bottle, but MUST be key lime, not regular limes)

Boil sugar and water until sugar dissolves. Mix in the cream of coconut and the juice. Store in a pitcher in the refrigerator.

Mix all ingredients in punch bowl or large pitcher, and serve over ice in salt and sugar rimmed glasses.