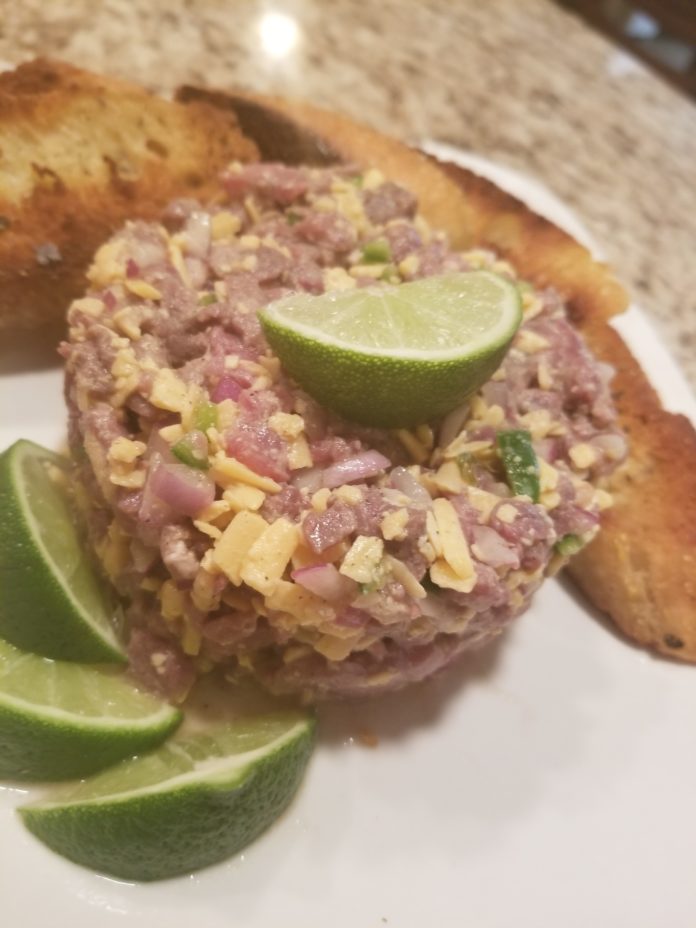 The Texas hill country area is the birthplace of a number of famous dishes. Corn dogs. Chili. Margaritas. I’ll get around to writing about those in future issues, but this month I want to start with one of the least known, and arguably weirder offerings. Because why not lead with weird? More about why in a bit.

Just west of San Antonio, Alsatians (along with Belgians) made their home in the Castroville and Hondo areas. First of all, I know what you’re thinking. What the heck IS an Alsatian, anyway? Well, Alsace and Lorraine were two regions of France until 1871, when Germany took control of most of the area following it’s victory over France during the Franco-Prussian War. Alsace had it’s own language, however, more closely resembling German than French, but before modern German had really taken hold. After World War I, France being listed among the victors during that war, reclaimed it’s prior territory. So, Alsatians are French. And Germans. And French. But the Alsatians that settled in Texas arrived in the 1840’s before all of that silliness, so escaped that wartime whiplash. They arrived here as authentic Alsatians, which really was a hybrid of the French and German cultures.

A dish that you will find all over the Medina County area, and rarely anywhere else, was created in Texas by the Alsatians that settled there. It is known as Parisa. At first glance, the ingredient list reads like a riff on steak tartare—minced raw beef, cheese, lime juice, salt, pepper, serrano—served with crackers. Given the French influence on the Alsatian people, it would be easy to believe that they brought steak tartare with them, and simply created it with local ingredients. It is often joked about that Parisa is what happened when the Mexicans got ahold of steak tartare. Those things DO happen when different cultures populate the dame area (literally, the entire Creole diet is evidence of that) But steak tartare didn’t start appearing on menus and tables in France until quite a bit after Parisa was being eaten as a staple here. Today, it enjoys cult like standing in the area, and you can find it at almost every grocery store and meat market from Castroville to D’Hanis. It has also made inroads into some of San Antonio’s finest eateries (though with quite a few artistic liberties being taken). Or, you know, you can make it yourself. It’s way easy, as you’ll see below.

Here’s a bonus. If you have finicky little eaters that won’t try it because “ewwww, it’s raw” (even though it IS cured with lime juice), you can fry it up in a pan with eggs the next morning, or make patties out of it and serve it as burgers to the little ingrates kids.

Okay, back to why I wanted to start with Parisa. Its hunting season at the moment, and Parisa is also an excellent way to prepare venison. In fact, the more you cook venison, the more you ruin it, so Parisa just may be ideal.

Now is a good time to issue some CYA. It is very unlikely that using this technique you could get sick from consuming raw beef. However, people with compromised immune systems should play it safe and eat the queso dip on the Holiday buffet table instead.

8 ounces grated American cheese (from the deli, not the plastic stuff near the lunch meat)

Sterilize the meat. Place meat (whole) in a ziploc bag with vinegar. Push out all air and seal the bag. Let sit for 15 minutes.

While beef is sitting in vinegar, mince your onions, peppers and garlic, and shred your cheese.

Finely mince your meat. You can do this by hand, or pulse in a food processor several times.

Mix all ingredients thoroughly. Taste, and adjust seasonings if desired. Cover and let sit in refrigerator at least 4 hours.

Serve on a plate, typically surrounded by saltine crackers. I actually prefer toasted baguette slices, but this makes me a heathen. A fancy, bougie heathen.