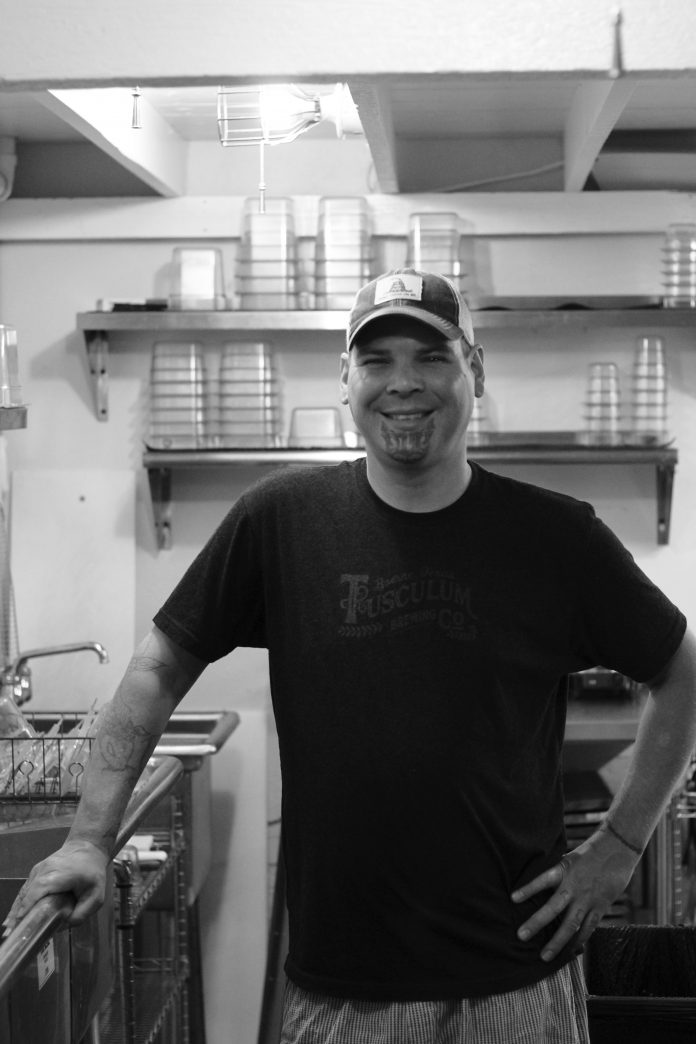 What got you into cooking?
I was a battalion chef in the US Army. My first culinary job was at the age of 14 in Hamilton VA.  I was young, but got hooked immediately. Later became a shift manager for a cooperate restaurant in Northern VA at the age of 19. From there I worked up and down the east coast before coming to Boerne in 2007.

What were you doing before landing at Tusculum?
Cooking Connection Chef/Manager for HEB

What has been your favorite experience so far?
Creating new menu items and collecting
feedback from the owners and clientele.

What has proven the most challenging?
Creating new concepts to get Boerne excited, there are several breweries and restaurants on Main Street. Even though it’s friendly competition, it’s still competitive nonetheless.

Favorite Tusculum Beer?
Without a doubt! DEACON BRODIE! That brew is heavenly!

Future plans for the menu?
Sunday brunch has been a great success! I have been utilizing our brews in all the new recipes. The Pineapple Eggs Benedict is my own original recipe, it’s a Hawaiian inspired twist on the original. Everything is made from scratch and with lots of LOVE! 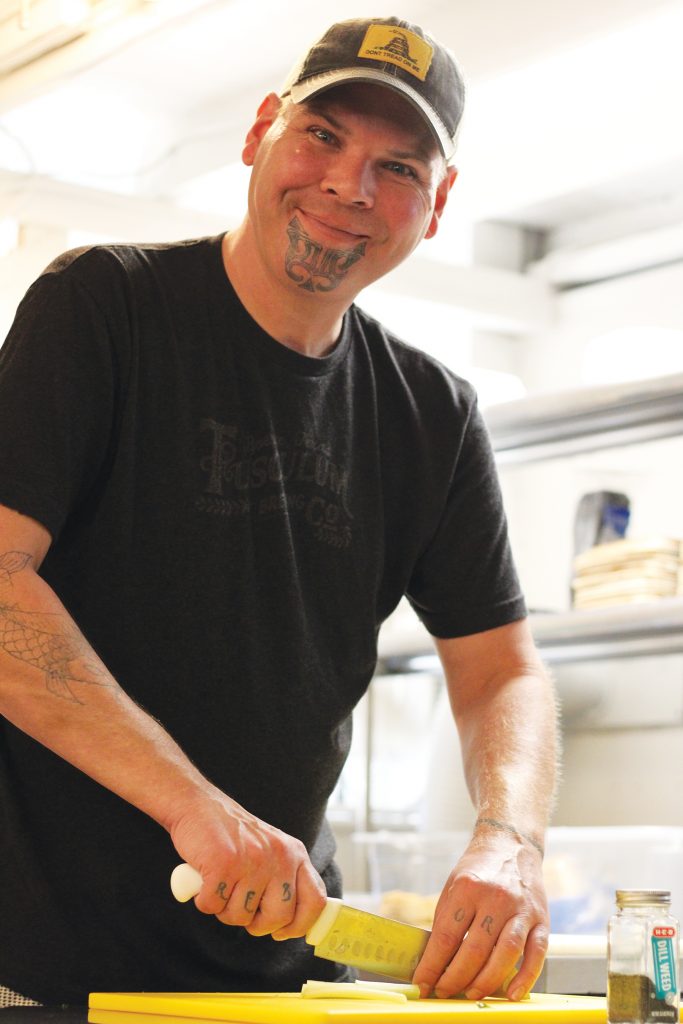 If Your Wine Glass Could Talk