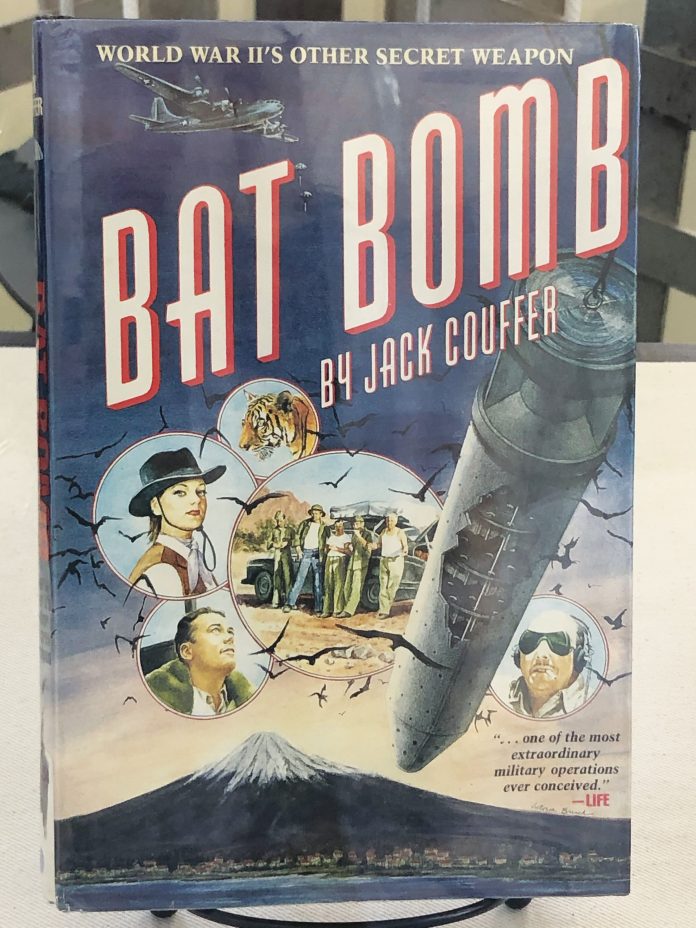 Soon after Japan attacked Pearl Harbor on December 7, 1941, the United States
government and President Roosevelt were inundated with novel ideas and offers for help. Some were very unusual indeed. One of them was bats. The idea sounds simple. Take millions of freetail bats, attach small incendiary devices to the bats, place them in a large bomb and drop it over Japan. It was an outlandish idea, but it had merit. 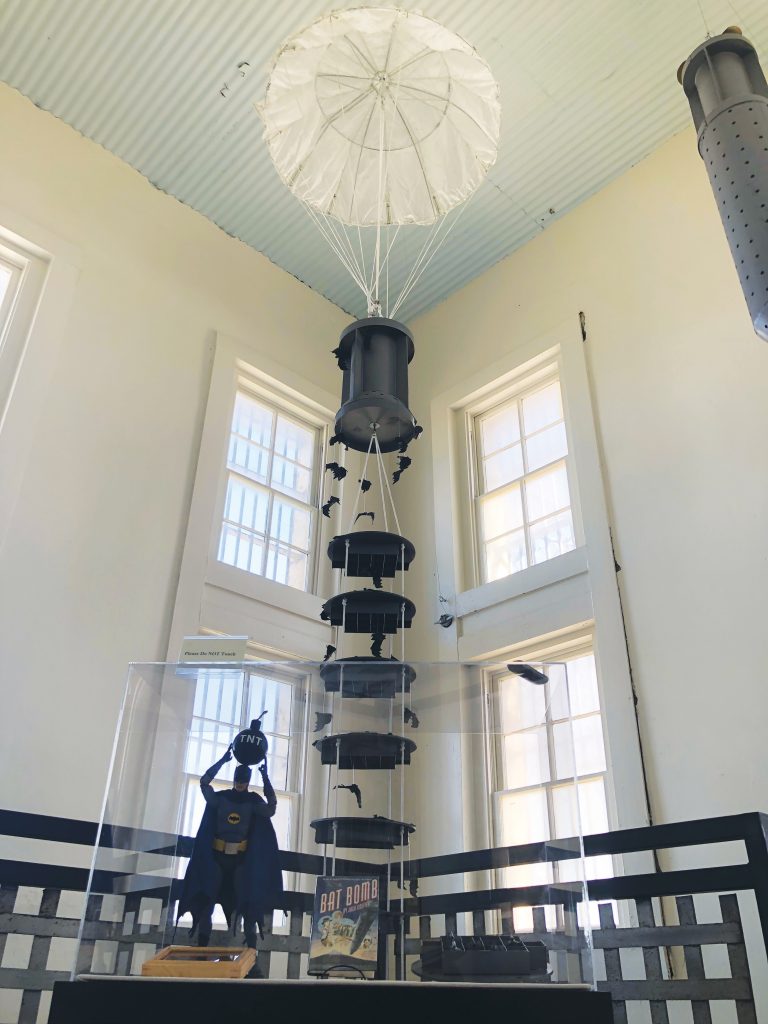 By chance, Eleanor Roosevelt had a friend, Dr. Lytle Adams, a dentist by trade, but also an inventor. There were four reasons Dr. Adams thought it would work. The Mexican Freetail bats can carry their young so they would also be able to carry the weight of a small bomb that was attached to them. They could also be induced into a hibernation so they could be handled to attach the miniature bombs and place them into the large bomb. During daylight, they seek out shelter under eaves of houses and buildings, roofs, attics, and anywhere dark. And lastly, there were millions of freetail bats available in the caves of Texas and New Mexico.

In January of 1942, Dr. Adams was able to get his idea to the desk of President Roosevelt. F.D.R. wrote a note to his aide William “Bill” Donavan asking Bill to look at the idea. “This man is not a nut.”

Once Dr. Adams got government funding, he recruited a team to collect thousands of bats to study the best way to handle them. He then employed the services of Harvard chemist Louie Pfiser. Pfiser had invented napalm and a device small enough weighing less than an ounce.

The incendiary bombs would be attached to the bats’ chest with a surgical clip. Then, 1,040 bats were packed into trays with compartments and loaded into a bomb.

The bomb containing the bats was dropped from the plane. At 1,000 feet, the parachute would open, and the sides of the bomb would fall away. At that point, the trays would release like an accordion. The bats would fall on the trays below each compartment.
How effective was the little bomb? Several of the bats with live incendiary’s escaped at the Carlsbad Air Force Base and within minutes many buildings were in flames. 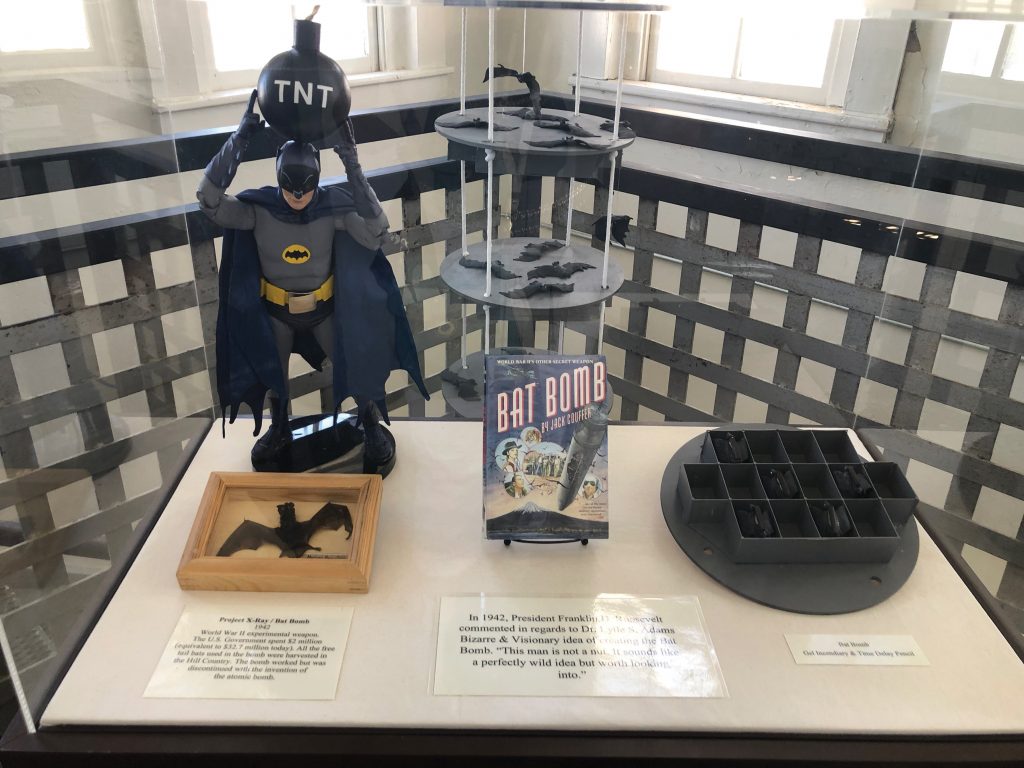 In December of 1943, the Bat Bomb was tested at the Dugway Proving Grounds in Utah. A Japanese style village was constructed for the test. The bats preformed perfectly. But before the Bat Bomb could be implemented a better solution had been found “The Atomic Bomb.” The Bat Bomb was now obsolete before it could ever see live action. The United States government spent two million dollars on the idea. This is equivalent to 32 million dollars today.

If you would like to learn more about the Bat Bomb and other amazing Kendall County history, come visit us at the Old Jail Museum located in the heart of downtown Boerne at 208 East San Antonio Street.
thejail.org

HISTORY: A Christmas Season to Remember