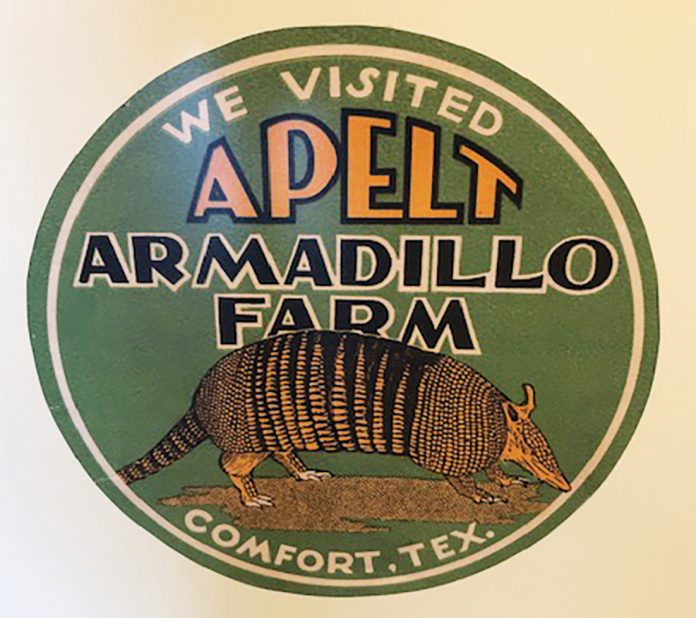 Some people love them, some people hate them, some people write songs about them (Robert Earl Keen and Gary P. Nunn), some make chili & bar-b-que from them. But one man, Charles Apelt took the nine banned small state mammal and made a successful business of making baskets, lamps and other novelties from the critters.

Mr. Apelt migrated to America when he was 15 years old from Germany. His background was in basket making. He was inspired one day by seeing a dead armadillo’s shell curl up after it had died and sitting in the sun. 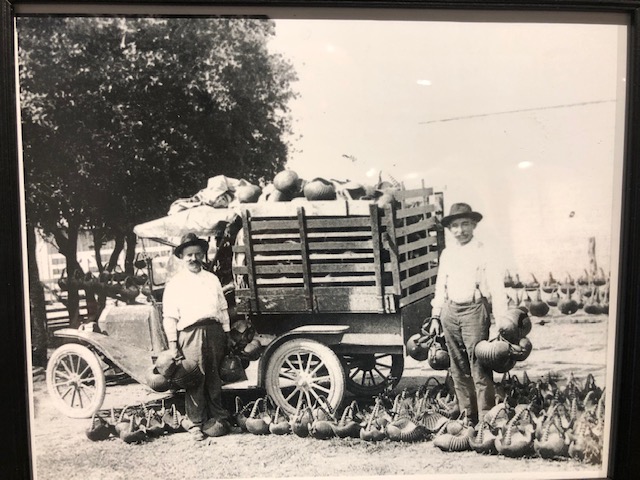 In 1898, Charles opened Apelt Armadillo Basket Factory. The baskets became such a hit that he sold and shipped over 40,000 baskets in his first 6 years of business. In 1904, the World’s Fair in St. Louis helped promote the unusual business.

As business grew, so did the design variations. Plain baskets sold for $2.50, floor lamps for $15-$25, table lamps $12-$18, smoker stands, purses and other ornamental designs were the rage. 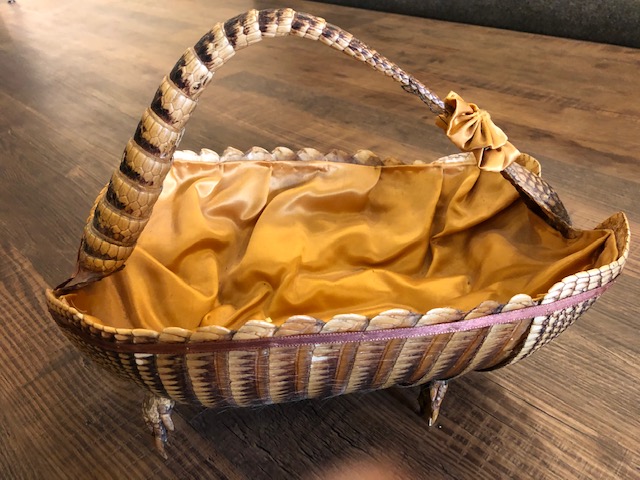 So where do you get that volume of Armadillo shells? Well, Mr. Apelt paid local kids and adults .25 cents apiece to collect armadillos. He also raised them in elaborate burrows and tunnels on the property. He even sold live armadillos to hospitals for medical research, as well as zoos, circuses and even for pets.

Today the Apelt home still stands on Hwy 27 between Comfort and Center Point. There is a historical marker located there to immortalize this very unusual piece of Kendall County History. 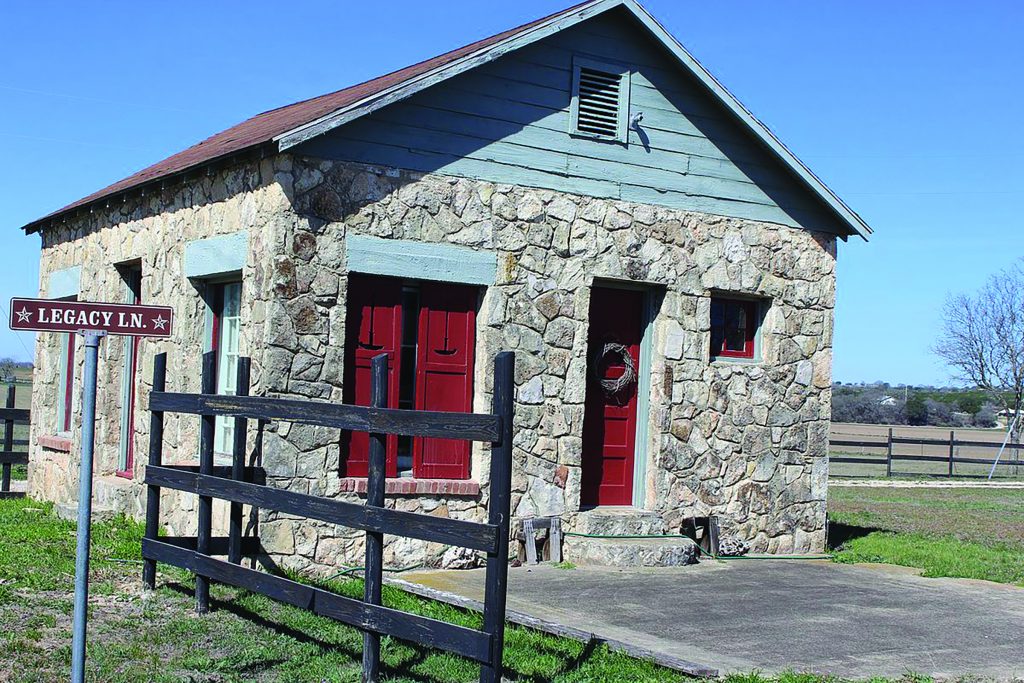 You can see a great display of the Apelt Armadillo artifacts within The Historic Kendall County Jail Museum, 208 E San Antonio, Boerne, Texas. 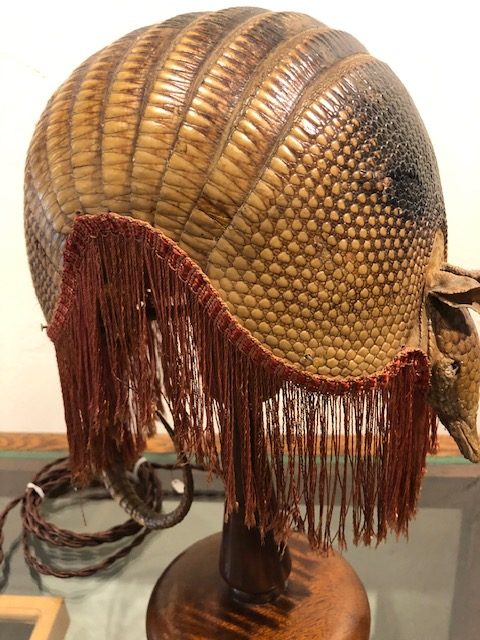 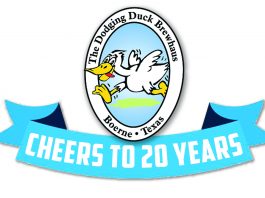 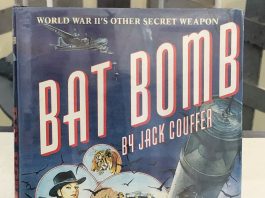 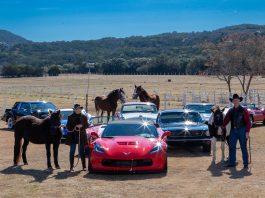