A scenic drive to Ingram, Texas is sure to lead to lots of interesting finds along the way. However, one of the most interesting sights has to be Stonehenge II. This unusual structure was built as an art project by the late Al Shepperd and his neighbor Doug Hill, more than 30 years ago on Sheppard’s land in nearby Hunt, Texas.

The structure is not a replica, as it is roughly two-thirds the size of the original Stonehenge monument and is not oriented to the sun. It took approximately nine months for Shepperd and Hill to build the structure, which is 90 percent the height and 60 percent the width of the original 5,000 year old circle of stones on the Salisbury Plain in England. 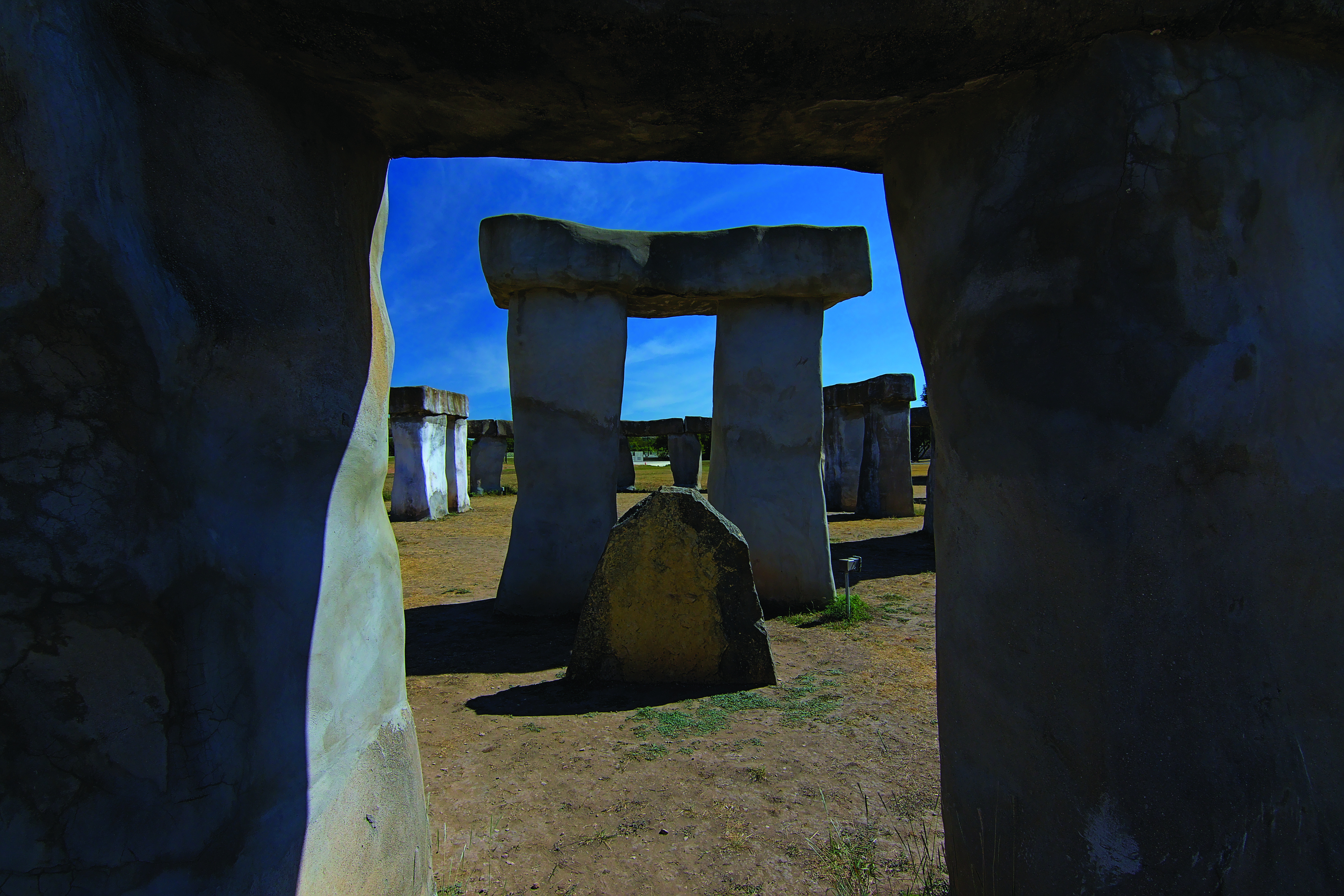 The structure, made of steel and concrete, has become a worldwide tourist attraction and has been visited by thousands of interested onlookers. In addition to Stonehenge II, Shepperd and Hill also created two 13-foot Moai, or Easter Island head replicas.

After Shepperd’s death, the megalithic circle and it’s Easter Island friends needed a new home. In an effort to preserve this true Texas landmark, the sculptures were relocated stone-by-stone to their final resting place beside the Guadalupe River on the campus of the Hill Country Arts Foundation in Ingram.

The site is open daily from dawn until dusk and all are welcome. You may want to call in advance just to verify that the site is open on the day of your visit. Admission is free, except during the Texas Arts and Crafts Fair which takes place on the last weekend in September each year. 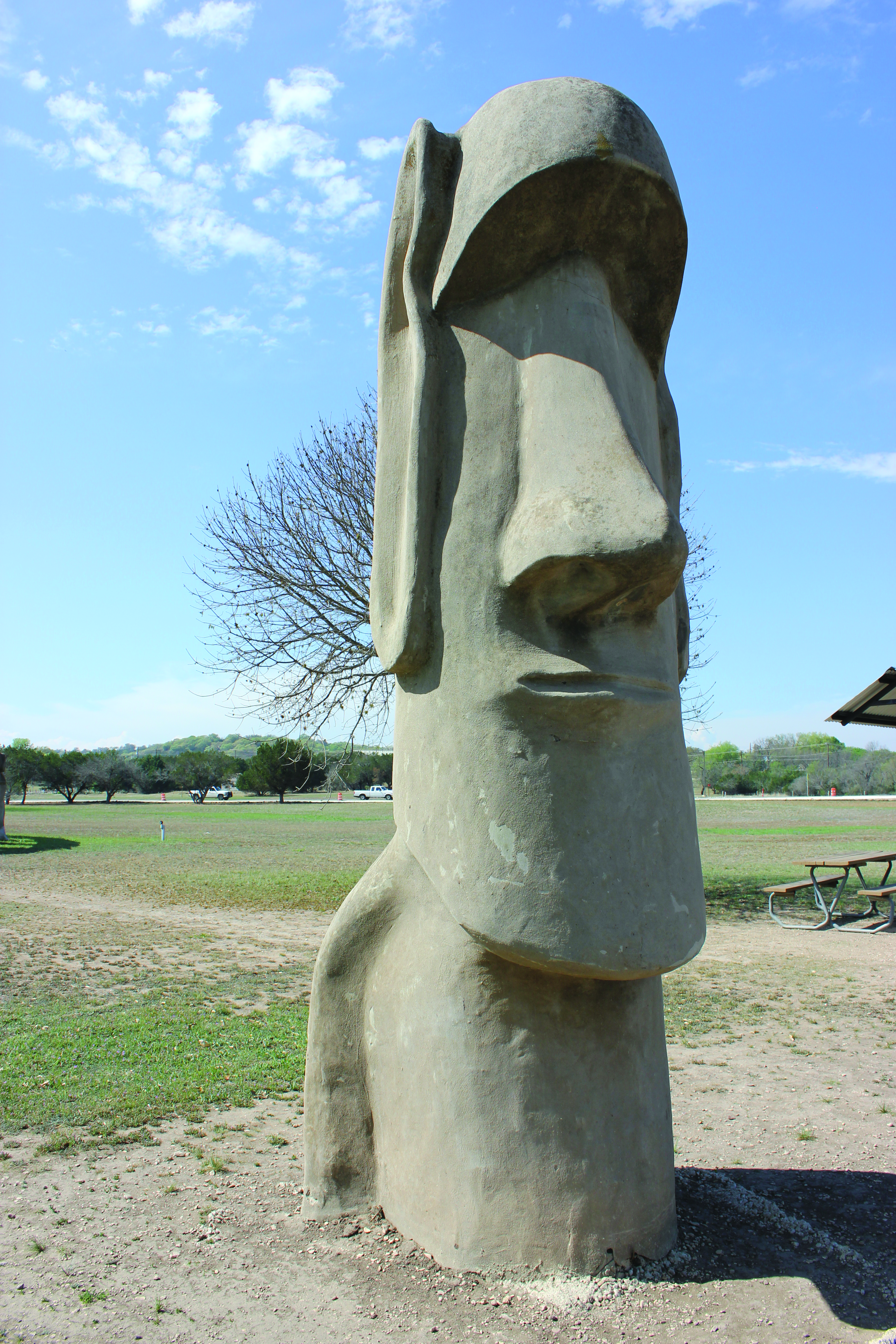 Stonehenge II sits directly in the path of the April 8, 2024

Solar Eclipse! The HCAF is planning a fun event and

festivities to celebrate this monumental occasion.

Details to be announced.