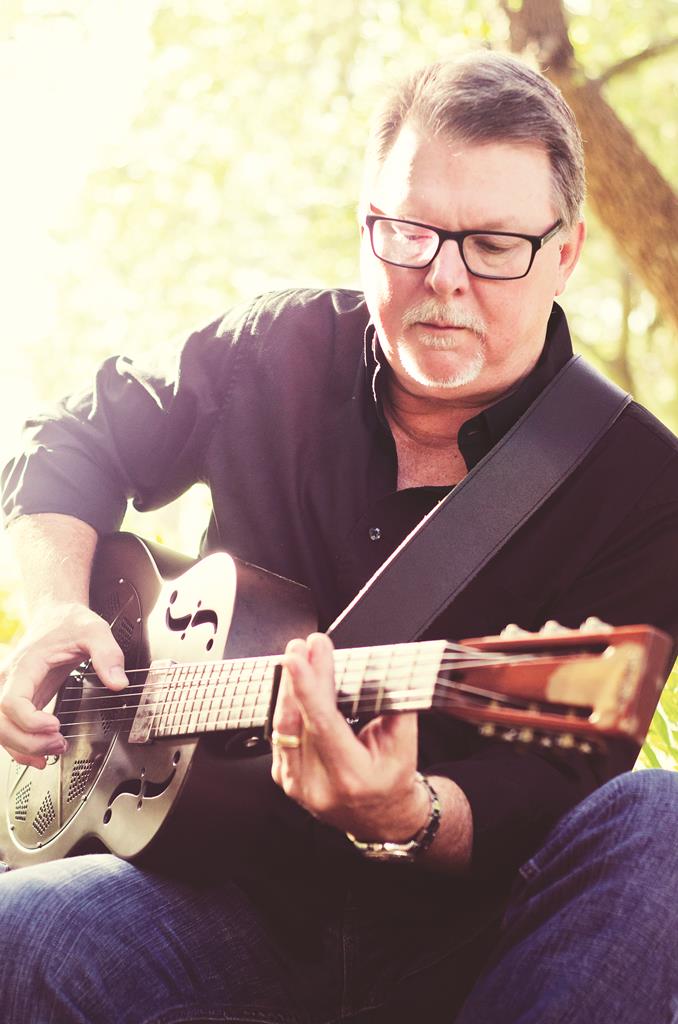 There are a lot of people that “play music,” but only a small percentage of them that a learned-ear would define as seasoned. Perhaps they’re just beginning their own musical journey, or they become one of the many that give it up before their ability has the chance to grow and mature. For many, they find the level of effort required to develop true skill to be too hard. A number of others simply don’t have the natural talent. It’s a rare thing to find someone that has been performing for going on 5 decades and continues to seek to grow.

The journey music takes people on over the years is an amazing thing. For just over 40 years now, music has been a faithful friend to Gary Loper. “It was back in ‘79 when I first got myself in front of people with my guitar and performed when I was 19.” When he talks about the role music has played in his life, Gary’s eyes light up and convey how it continues to give so much back to him. This is an apparent mark in him that he really possesses a deep love and awareness for the art and process of it all.

“I had a real strong musical education. It was when I was 8 that I started playing piano; I also played saxophone all through school. Guitar was always something I wanted to learn, but it wasn’t until I was 18 when I first picked it up. I had been listening to a lot of jazz, some country, and rock and roll on the radio stations. I grew up in Houston and they played soul music on the radio, and I didn’t know that soul music wasn’t rock until I moved away and learned the difference between the two.”

We can all remember the joy and freedom we experienced when first beginning to drive. It was around this time in Gary’s life, in the mid/late 1970’s, that he began to develop a love for some of the Texas songwriters that would shape him as a musician. He made it a priority to be present at many of the best shows happening around the Lone Star State during this formative era of music.

“When I first started to drive, in 1976, we would go see guys like Shake Russell, Dana Cooper, Townes Van Zandt, Rusty Weir, B. W. Stevenson, and Willis Alan Ramsey. All those cats were great, and I really started to want to finger pick and play the acoustic guitar.” These artists were all making waves in the world of music to varying degrees, though they were definitely more in the realm of what we would consider folk, and what many today would affectionately refer to as Americana.

Like anyone that jumps into music, the journey of discovering one’s own sound and style is a process that develops over time. It’s something that usually shifts in genre and feel until we begin to land where we feel most musically at home. “I was enjoying the little bit of exposure I was getting through starting to play at the time. I was starting to find myself. After a while, I discovered guys like Lightnin’ Hopkins, Mance Lipscomb, and Robert Johnson. These guys were more of the blues finger pickers, and that was a real different kind of deal that spoke to me on a whole other level. It wasn’t that alternating bass note picking pattern, it was more of that driving bass presence. It felt a lot more raw, primal even, and I just really connected with what was going on there.”

A common staple of the blues is, lyrically-speaking, it’s often fairly elementary. Having come first from a foundation of listening to a lot of the Texas folk songwriters, Gary realized his appreciation and connection with lyrics that really told a story and conveyed a lot of depth. He began to work at writing and creating his own brand of music that he felt combined his love of blues, finger picking, and storytelling.

All artists on their musical journey will absolutely experience the certain ebb and flow in the creativity and energy required in sustaining this demanding craft. “I used to really have the self-promotion wagon going, beating the bushes for gigs, but I needed a break for a while and knew that the gigs would start finding me again when the time was right. It’s starting to feel like the music is just finding me again and that feels good.”

It’s both highly-educational and thoroughly-enjoyable talking music with a player like Gary. He has been growing as an artist, instrumentalist, and performer for 40 years now and still continues to hone his craft, which makes him a rare and inspiring musician. It’s beautiful to encounter folks that continue to choose to stay on their own unique path in their musical journey like Gary has done all these years. He exemplifies the reality, that if you really have the music down in your soul, regardless of where the path of life might lead, music never leaves for good and always finds a way back to us.