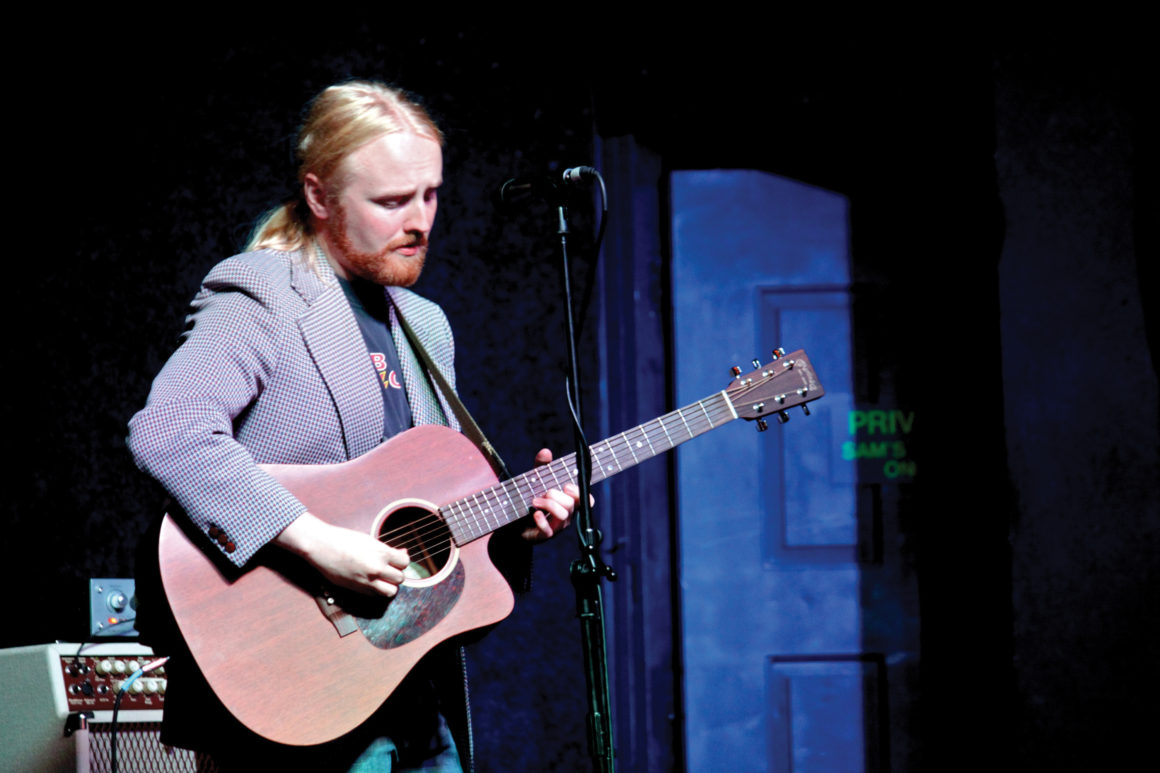 It’s always enjoyable to be surprised. Aaron Patterson is one of the nicest guys you could ever meet. Sincere, kind-hearted, and someone with whom it’s incredibly easy to converse. Maybe it’s my weird mind, but I guess I subconsciously pigeon-holed him that he only plays a “real nice” brand of music. I was incorrect.

Aaron’s a native of the Texas Hill Country that comes from a highly-musical family. Both of his parents studied music in their college training with voice being their principal instrument. 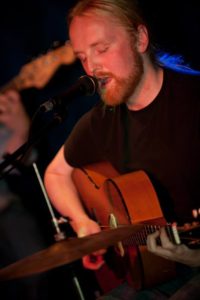 “My mom taught private voice lessons for years. She was also a choir director for several years, and is now an english teacher at Marshall High. My Dad has worked in finance for his career, though he has continued to sing in concerts and things at church throughout all these years.”

Beyond Aaron’s home life, his education was also married to music. “I went to Communication Arts High School. The school shares the Taft High School campus, and I was a part of the very first class there which was graduated in 1999. In light of sharing the campus with Taft, I was very involved with Taft Vocal Music. David Dyer was the instructor there and he was amazing.”

Many may not know, I didn’t, but Communications Arts High School is a magnet school that is widely-regarded as one of the premier locations for musical training and general quality of education, not only in Texas, but in the entire country. That education and musical training shines through when interacting with Aaron personally and in listening to his recordings and performances.

Aaron has been married to his wife, Kelly, for 8 years now. Kelly is also musical, though beyond her skill there, she’s also a gifted dancer. She is the Dance Teacher and Dance Director for Boerne High School. They have two young daughters, Leighton (5) and Eleanor (1).

“I’m most fortunate to be able to make music with my talented bride. She makes me better in ways beyond just music and I just love when she’s able to add her wonderful voice to the performances.”

His musical stylings are refreshingly varied. Having heard Aaron perform on a few occasions, he brings a well-developed sensibility to the table when performing classic country while infusing it with a modern sense of Americana and Folk. That blending of genres all appeal to my personal taste, and Aaron does an excellent job with it, especially when doing so with the extremely-talented, multi-instrumentalist, Tyler Jackson.

Whenever talented players are on stage together, it’s immediate auditory enjoyment for any listener that pays attention. Though the level of enjoyment is multiplied significantly when those players have the chemistry together that comes from having spent time playing many shows together like Aaron and Tyler have.

Aaron shared with me more about his past musical projects, and talked sparingly about his earlier band, Tongue Tied Lightning. Granted, when they were making music in the area, I was in California, and wasn’t all that aware about what was happening on the local music scene back in the Texas Hill Country.

I decided to check out their recordings today. Let me preface this with saying, just last night, I was at the gym late and listening to Jeff Buckley’s album “Grace.” This particular album is one of the greatest of all time, in my humble opinion. During that workout while enjoying the music, I caught myself repeatedly thinking what a musical genius he was that left this earth too soon and tragically so. Anyway, listening to this Tongue Tied Lightning record has major flashes of Jeff Buckley’s work and is fully the musical brainchild of Aaron Patterson. I also get strong remembrances of favorite songs from Radiohead, Muse, and Incubus. I felt absolutely obligated to include a “mini-review” on this record here. Being an extreme music snob and playing for a living, the quality of this album in performance, production, and songs was such a pleasant surprise.

As mentioned earlier, both of Aaron’s parents were vocal performance majors. In listening to the creativity and skill on vocals that are on that Tongue Tied Lightning album, it’s apparent that training was passed on from his folks, and refined through Aaron’s own hard work. Being a musician myself, it’s a pleasure to spend time with folks like Aaron that are gifted artists, but even more so when they’re also really good people.

Keep an eye out for Aaron Patterson performing around the Hill Country. Kelly’s busy schedule doesn’t allow her to join often, but still does so on occasion. He and Tyler Jackson are regularly at Cibolo Creek Brewing Company on Sunday afternoons from 2-5 in Boerne. You can also catch him with some frequency at Singing Water Vineyards in Comfort and The Auslander in Fredericksburg.