Home Music MUSICIAN OF THE MONTH: B. J. Thibodeaux 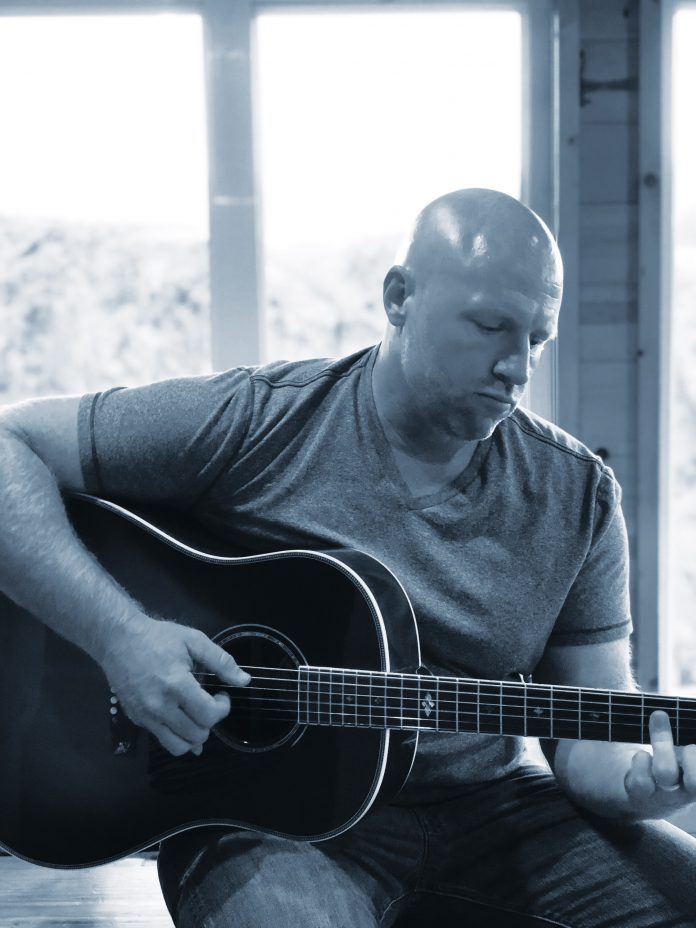 “He’s got soul.” While difficult to define, I’m sure you know what it means when someone is described as having soul. By my definition, it’s an ability to convey emotion and passion with deep feeling—while causing others to experience being moved within themselves in a way in which they often are not. I would go further in saying, when this figure of speech is employed, there is no other area in life where this applies more completely than in, you guessed it, music.

I first met this month’s subject back around the summer or fall of 2014. If memory serves correctly, it was at a benefit in New Braunfels, TX where we both were playing on a Sunday afternoon in an effort to help a local family battling the awful disease of cancer. When you get the chance to listen to B.J. Thibodeaux, you’ll see on the double that our expression for our current column fits beautifully.

Growing up in the (way) eastern part of Texas, B.J. was around music constantly in his family. “They are fun-loving people who work hard and love to have a good time surrounded by family, friends, and good tunes. I remember when Pancho and Lefty came out, and my mom actually got a notebook to take notes. She wanted to figure out exactly what Willie and Merle were talking about with those lyrics.” That’s a real appreciation for a song.

“My mom’s little brother, Uncle ‘Cool Breeze’ Bris, is an amazing harmonica player from Beaumont, Texas. That’s really where we’re all from. He was in bands and played with a ton of artists that I guarantee you know. That was my first exposure to a real live musician, but I didn’t pick guitar until much later in life. My whole family are big-hearted, sensitive, passionate, and out-going folks. Music easily brought out tears and laughter. That fuels me to this day.”

In terms of his journey of beginning to embrace his love for song more fully, he continues by sharing more of his biographical aspects of his life. “I was 30 years old and married to my first wife, my kids’ mother, and I added a room onto the little house we had in Winnie, Texas. At this point, it was just a concrete floor and drywall. I didn’t realize it yet, but it was the perfect room for singing and playing guitar. My little brother had been playing guitar for several years, and he decided to bring a second guitar over one night just to try to show me a chord or two. He really wanted me to pick it up. My mom had moved to Amarillo, but she was visiting for the holidays. We set up in the new unfinished room. He got me started on a blues shuffle in E. THAT tiny moment sparked the whole thing. Making REAL music with my little brother with my mom in the corner of my eye tapping her toe to her boys’ jammin’…I’ll never forget that night.” 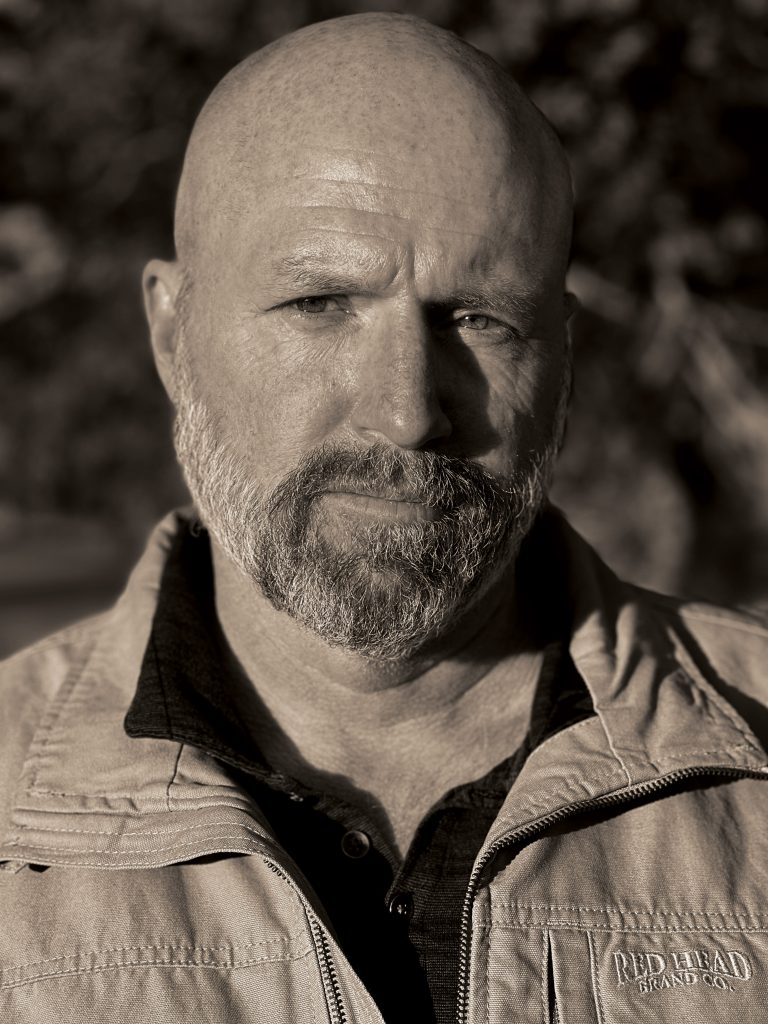 “That was 2004. I honestly didn’t have any intentions or dreams of any stage at that point. I just wanted to get to where I could make some recognizable noise. It wouldn’t be until 2006, when a cousin of mine was listening to me sing and play that I would even think about playing in public. He heard me sing, and he made it clear that he was impressed and surprised. I didn’t hear whatever he did, but he was persistent and got me connected with a buddy of his who played bass. We quickly got together and started to explore things.”
“At this same time, my Uncle Bris had started playing harmonica with/for Robert Frith. Look him up. Amazing artist and songwriter. He would become a mentor of sorts to me. Anyway, we went to a show of theirs in Katy, Texas at the 510 Bar. My Uncle convinced me to play a song on stage. That was the start. I played Kid Rock’s ‘Only God Knows Why.’ I haven’t experimented with drugs really, but I can’t imagine one that can match the feeling of being on stage.”

You hear the majority of gigging musicians say, “Oh, I started performing at 15.” I mean, I was 15 when I started to perform live. Thibodeaux began performing almost 20 years later in his life than I did, but the man swiftly made up for lost time. For real. In fact, I think it’s way the hell tougher to start performing at the age of 35 than it is at 15. You’ve got way more life experience that can serve to crush you and deter you from expressing yourself authentically. But, if you’re living right, like I believe my friend to be, the years serve to broaden and deepen your ability to appreciate the beauty of all of life on this planet.
B.J. continues, “I started playing around Beaumont which had a decent scene. I did a lot of solo acoustic stuff. I was hooked on this music thing, while trying to balance family life and my passion. It didn’t always jive so well. My daughter was 2, and my son was born just a month after that night in the unfinished room. That marriage was a tad rough at that point, and looking back I see now that music was my mistress. It didn’t cause the ending, but it certainly aided in the exit…if that makes sense.”

He continued to play happy hours and parties around Beaumont. “I never set out on a mission to follow a dream. I was just playing, and it fed my soul. It’s hard for me to explain what exactly happens on the stage. The audience, together experiencing the music…but if you know, you just know.”

After reconnecting with an old friend, some unexpected opportunities developed. “We opened for Kevin Fowler, Aaron Watson, Wayne Toups, Los Lonely Boys, and more of that caliber. I was lucky enough to play with musicians that were and still are some of the best I’ve ever heard…much less shared the stage.”

Fatherhood is pillar for B.J. and he often talks about his love for his kids, Preslea and Luke, who are also musically-gifted. “Jammin’ with your kids is next level soul-fattening stuff.” After deciding to make a move that would open more doors musically, and in life, Thibodeaux relocated to New Braunfels, Texas. “I bit the bullet, cashed out my 401K, and headed for the hill country.”

As you may or may not know (though, you should), this little German town which is home to Wurstfest, is one of the most vibrant hubs of live, original music anywhere. It was here that his desire was fed to write and become more of a respected artist instead of just the “noise in the corner,” his words, not mine.

“The relationships and respect I now have from some incredibly talented people are so very cherished and keep me fueled. I do have plans to record my songs on my own terms soon, so I can leave a little mark on this universe that hopefully will occasionally inspire someone on their own road.”

B.J. shares his earlier influences as bands like The Allman Brothers, Eagles, and Marshall Tucker Band. Nowadays, not surprisingly, he feels most drawn to more “soulful” stuff these days. “One of my goals is retirement. From the day job, that is, not retirement from music. I can’t even imagine that day.”

“I’d also like to mention that I’ve had a great life. Some might argue this point, but I’m fairly well-adjusted in relation to a lot of artists I’ve encountered. I’ve never been truly damaged, and have always liked my parents. This makes it tough for me to build songs other than the typical broken heart relationship stuff. It takes a lot of effort to get headed down the right path of focus and reflection and observing for me to create a piece of work that I’m proud of.”

“The most rewarding thing for me these days musically are still the moments on stage when someone digs the songs I’ve written. I get to live out a passion. Some folks don’t even comprehend that concept. An audience enjoying my efforts is one thing, but when a fellow musician takes the time to sincerely give props…mmm. I truly take it all to heart. I make an effort to let people know what it means when I receive praise. Music is undoubtedly part of me. My family knows it. My kids know it. Thankfully my beautiful wife, Marcy, knows it and supports me. This thing ain’t over!”

“I just try to soak up all the soulful little things in my life. It allows me to do this music thing. The folks in my life didn’t exactly sign up for the full ride, and that weighs on me. Some day maybe I can loosen up the reins and give this music horse his head and see what happens. Like I said, this thing ain’t over. I have heart yet to show the world.”
When I first heard B.J. play music, I remember immediately concluding about the man I quickly respected as an artist, and eventually as one of my best friends, that “he’s got soul.” You’ve got my 100% guarantee that making the effort to catch him live will be worth your while. You’ll get the satisfaction of some fresh ear candy, while supporting a man with a heart of gold.