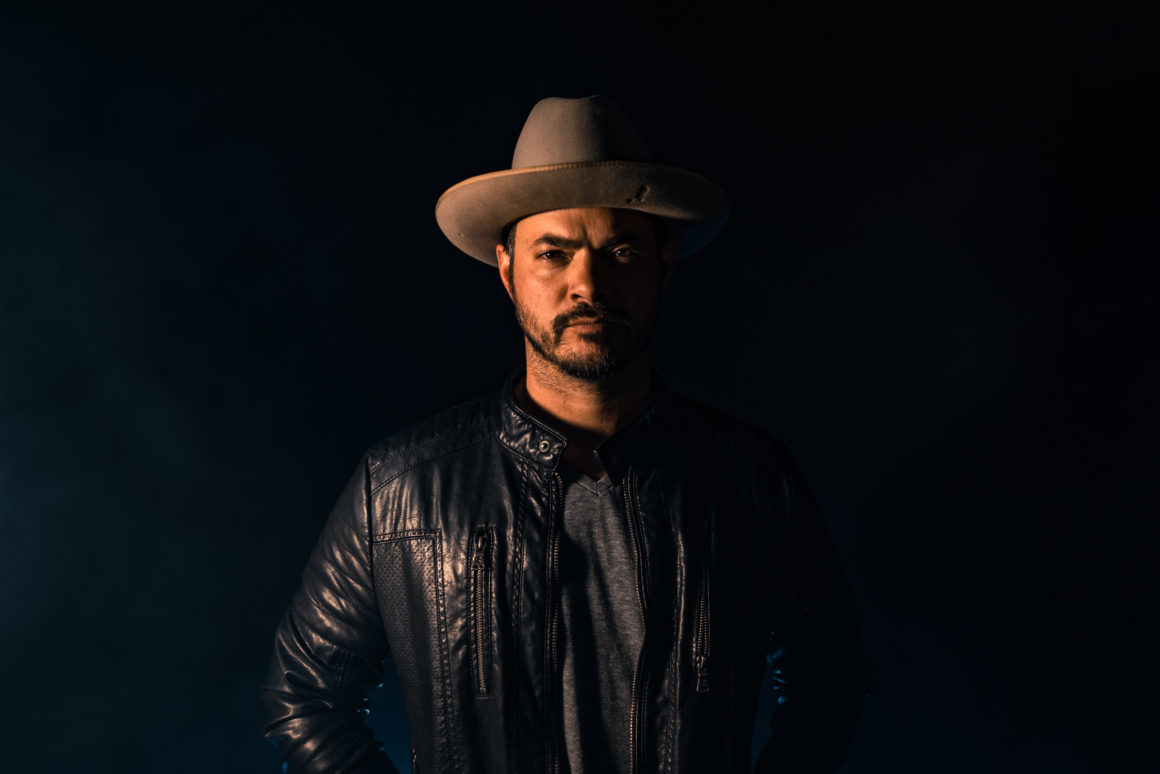 Before I begin this month’s column, I want to preface it with a brief biographical note. Like most artists, the love of my craft was instilled from my youth. Both of my parents are musical and always had music playing in our home. I learned to dance by the time I could barely walk, and I started to be interested in playing guitar and piano by the time I started primary school. I first began performing periodically in the Hill Country by the time I was early in high school; music was just a part of what it means for me to be alive.

Upon graduation at 18, I ended up following my heart out to Southern California, where I would be for the better part of the next twelve years. My musical journey during these years continued, from playing open mics, coffee shops, beaches, and church; the rollercoaster that being an artist presents was always there.

Around the time I was 30, life had dealt me with some pretty staggering blows over the preceding handful of years, and I knew in my heart, it was time to go back home to Texas and finally really give myself the shot with music that had been stirring inside me for a long time. It was the summer of 2013 when I made it back home, and opportunities for me with my music began to fall into place almost immediately. One of the first musicians I came to know was Brent Michael Wood. Brent already had a significant build of momentum in San Antonio and the greater Texas Hill Country. He was encouraging to me from the beginning of the time I was here again, and even helped me get my feet in the door at some places I would play many times.

From the first time I saw Brent play, it epitomized the example of someone who is given life by music, and who gives life back to the music. He’s always warm and sincere, often mellow, though when BMW (as he’s affectionately known by many) takes the stage, he truly takes the stage. The passion and intensity that he carries with him when playing and singing is palpable. 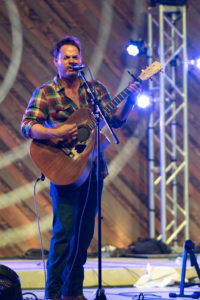 Many people may look at those of us who have made our living playing music as “living the dream.” I think Brent would agree, it’s an honor and privilege to entertain people and make a decent wage doing so, but there’s so much that goes on behind the scenes most people never consider. The thousands of hours of practice before you even take the stage, the thousands more continuing to grow, the uncertainty of whether you’ll be able to keep getting enough gigs that pay fairly to get by, staving off burnout, writing and rewriting and being your own harshest critic at every juncture. The days and nights alone playing for people that often don’t seem to care that you’re even there. This isn’t a pity party, it’s just a sample of reality.

Regardless of how hard it is, Brent Michael Wood appears tireless. Hell, he’s as driven as anyone I know in the music business. Doing this full time myself for going on 7 years in Texas, I know a great many folks. The effort and consistency Brent shows is never outdone.

“I remember being young, and there was a family friend around often that was a music teacher. One day, I sat down next to him at the piano and singing along to what he was playing. He told my parents I had an ear for music and I started to sing all the time.”

Brent picked up the guitar at around eight years old. “My first show was at the Texas Folklife Festival in San Antonio. I played a shredding rendition of ‘When the Saints Go Marching In!’” We both laughed at thinking about those initial performances and the thought that there’s no way a kid can know what that maiden voyage on stage will lead to in the future.

The coming years would see Brent involved with various singing/dancing touring groups. “I was doing some Star Search/America’s Got Talent sort of things. Performing at theme parks, festivals, etc. I ended up being a choirboy from sixth grade all the way to a senior in high school. I ended up getting a vocal performance scholarship to TCU.”

Shortly after getting into the DFW area, Brent formed a band called Middleground. He did this project with a few guys from high school and a couple new college buddies. “We played the college circuit, a few festivals, and even got the chance to open for a few national acts. We had a great run, but when we all graduated college, we all went our separate ways.”

Ending up back in San Antonio, and after a few failed attempts at getting “normal job,” Brent began playing music around the local bar scene. “Shortly after that, I ran into a guy named Dave Fenley. We ended up having a duo show for the better part of the 2000’s. The years after that, I just grinded and toured as much as possible. I was typically playing 300+ shows a year.” Ah, there’s that unparalleled brand of hard work I was talking about. The amount of work required to play anything close to that number of shows in a 12 month period is absolutely phenomenal.

Brent was beginning to come into his own as an artist and finding his own voice and style in deeper ways. “As a singer, I was really into Don Henley and the Eagles as far back as early middle school. I was amazed by the control of Henley’s voice, and the vocal arrangements that made the quintessential 4 part harmony Eagles sound.”

Beyond being a gifted singer, there is an incredibly energetic and stylized guitarist. “My two biggest influences are Mike Campbell (Tom Petty’s guitarist from The Heartbreakers) and Monte Montgomery. Mike just knows the perfect part to play for any song. It made me try to approach guitar playing not as a soloist, but as a melody writer. Monte is just a beast. Anyone who has seen my show, knows that I try to emulate a bunch of the percussive and harmonic qualities of Monte’s playing.” If you’ve not seen one of Brent’s shows, do yourself a favor and catch one.

Beyond singing and playing, Brent also seeks to continue to grow as a writer. Early on, he talks about 90’s bands like Matchbox 20. Live, and Tonic writing songs that spoke to him. All three of which are some of my favorites from that golden era of music for those of us that were coming of age around the turn of the century. “Those bands were somehow able to be so personal in their writing styles, but also be melodically commercial in a way that grabbed the ears of the masses.”

“As I’ve gotten older, I’ve gotten turned onto Americana/R&B guys like Adam Hood and Sean McConnell. Lately, I have been really into writers like Joey Landreth, Noah Gunderson, and Devin Dawson.” Again, Brent, I heartily applaud your taste in artists.

Work/life balance is difficult for everyone, though there are unique challenges that go along with being a musician. “As a full-time musician, you’re on a different schedule than most people. You stay up late, you sleep in, you work weekends, you’re constantly on the road. It’s tough to maintain any kind of normalcy. Especially when it comes to relationships and personal time. That being said, there’s something very rewarding about making your own schedule and being your own boss. And when you write that song or play that show that really connects to the audience, there is nothing else like it!”

After playing the majority of shows in Texas for years, Brent was trying to get to Nashville a couple of times a year to write songs and work on different musical projects. He finally made the move to Nashville this summer and is currently working on a new project and is looking forward to putting out some new music in 2020.

Brent enjoys staying active. He runs often, hikes the foothills of Tennessee, snowboards in Colorado, and likes to hit different watering holes/parks when touring, and play disc golf as much as he can.

“I’m a Bourbon Nerd. I’ve been collecting rare bourbon/whiskey for over the last 10 years. Being in a few different bourbon exchanges/groups, I have put together a nice collection of a 100 bottles or so. I’m also really into architecture/interior design, and actually took enough classes at TCU to get a minor in it. I have always been enamored by the process of turning a blank space into a unique environment. Especially when it comes to cool music rooms, studios, outdoor venues, etc.”

Like those well-aged bourbons of which Brent is so fond, he’s aging well, with many more great years yet ahead of him as a gifted, hardworking, multifaceted singer-songwriter. Please be advised to keep your eye out for when Brent performs in the area and get out to a live show. It’s definitely a special musical experience.