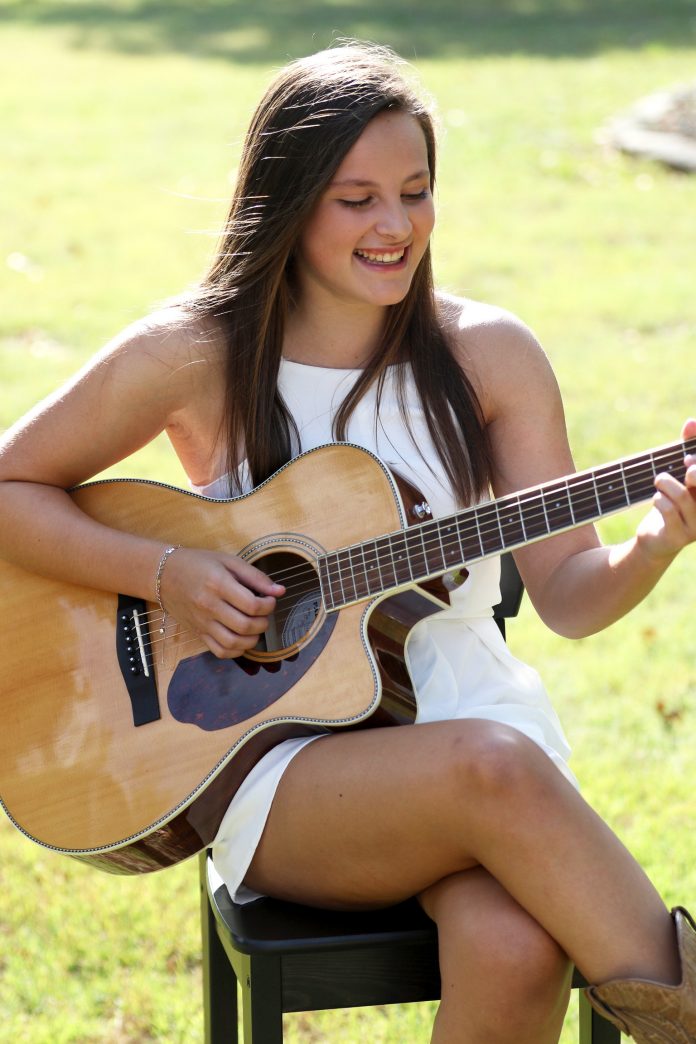 Our perceived notion of what strength means is all too often relegated to the realms of the physical world. Size, speed, and sheer power are the measurements we apply to determine someone’s strength; but there are many more marks of what being strong means truly, most of which are intangible qualities. 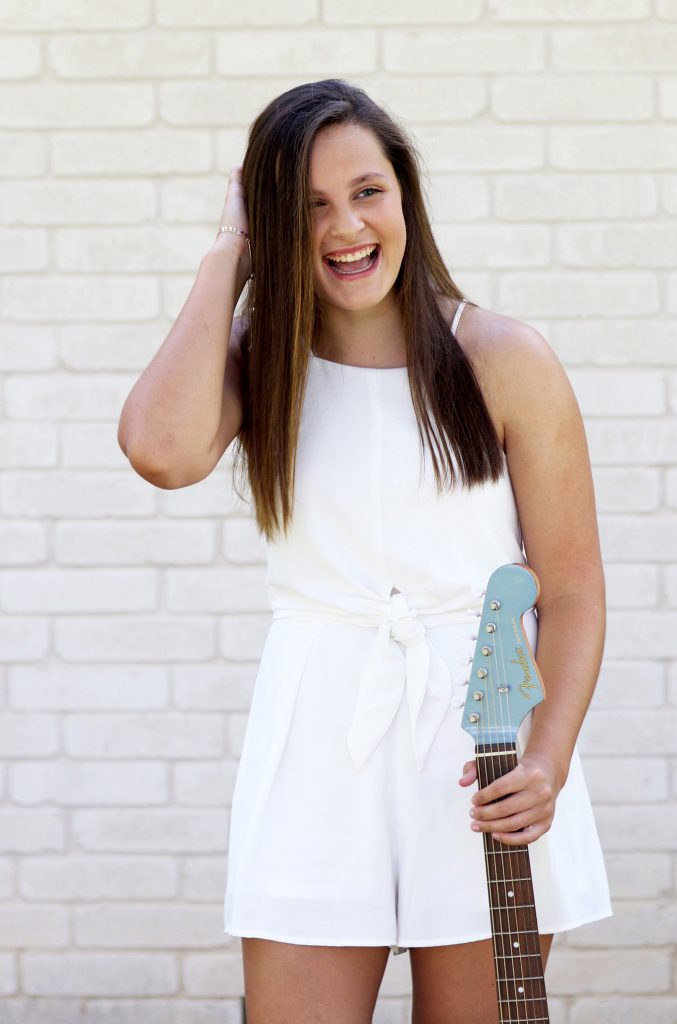 Cassidy Egli started playing music in fifth grade, and from the very beginning, brought a fervor to her musical process that is rarely seen in young musicians.

“Something about the guitar, ever since I was a little kid, just intrigued me. When I first brought it up to my parents, they didn’t realize I was seriously wanting to learn. So, they bought me a cheap, little guitar from Sam’s Club with a little body and nylon strings.”
Ah, humble beginnings. Immediately, she started taking lessons. At first she was taking some from a local young guy who flaked out pretty quickly. Though, she did begin to get a grasp on some basic principles and a few chords. After that quickly fizzled, she was ready to continue her learning.

“We went to a back to school night at Geneva, and we first met Andy Garcia.” You may remember, dear, faithful reader o’ Boerne EXPLORE magazine, that Andy was recently featured in one of my columns a handful of months ago.

At any rate, Andy wanted to meet with his potential new protege prior to committing to taking her on as a full time student. Upon “interviewing” Cassidy, Andy asked, “Are you serious about this?” Cassidy, being the fearless young woman of 10 that she was, answered emphatically in the affirmative. Garcia continued, “Well, if we’re gonna do this, we have to be serious about it and we’re starting all over.”

For the last 7 years, only one time in 350+ weeks has Cassidy Egli not wanted to go to her guitar lesson, simply because that single week she didn’t feel like she had practiced enough. Her commitment to the process of growing in her playing has always been of high priority in her life.

At 12, Cassidy was already beginning to try her hand at songwriting. She first played one of her songs at camp the summer after her 6th grade year. Being comfortable on stage was something that came right away. One of the things that is deeply apparent about Cassidy Egli after even a very short time of speaking with her, is that you’re connecting with a young woman that is both mature beyond her years and strong in ways that many never seem to attain.

In the middle of an otherwise normal life being a teenager earlier this spring, Cassidy began to experience some pain and soreness around her neck and throat area. Her parents began to notice that she was showing some signs of swelling. A necklace she wore every day that is normally fairly loose fitting, got to the point of nearly being a choker.
During this experience, Cass was performing in a major role in Fiddler On the Roof at Geneva, and her parents found out on opening night of the play that their daughter had a confirmed case of Hodgkin’s Lymphoma. They wouldn’t share the news with her until the performances were completed. “I’m glad they didn’t tell me, I would have been a mess on stage,” young Ms. Egli shares through a lovely smile.

In the next several weeks, Cassidy began to come to grips with the reality of her situation. “I’ve been working on my relationship with the Lord a lot lately. And I decided that if this is how I can reach others and enrich His kingdom, then I’m all for it. Granted, it was not fun, it wasn’t, but if that’s the way, then ok. When I got baptized, I signed up to go where He goes, and where He wants to take me. That’s what it says in the Bible, and if He leads me through this trial, then I’m going to take the opportunity to glorify Him, because that’s what I want to do. I don’t have to be super excited about it, but it’s something I want to embrace for Him.”

Wow. I have to admit, I wasn’t prepared to be touched to the degree I have been writing this story. If only I were able to have that kind of wisdom, grace, and perspective through the trials in my life, I would be so deeply blessed to carry the light the way that Cassidy Egli has been able to do in her own beautiful way. 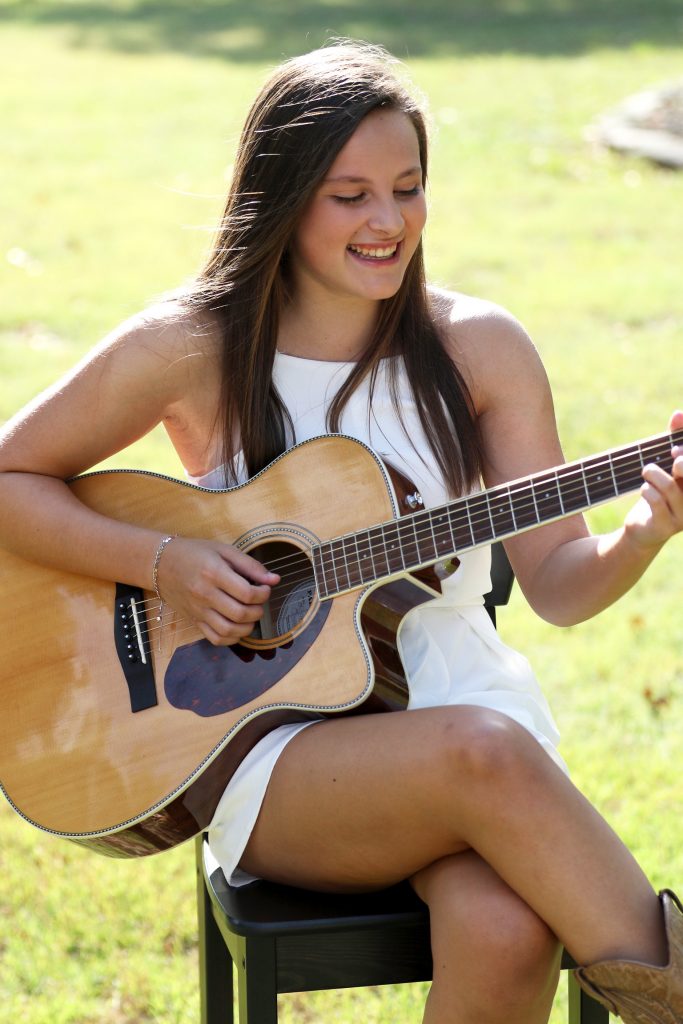 Today, Cassidy has completed her 4 cycles of chemotherapy. She took in a whopping 40 bags of the medicine in 84 days and is now showing zero signs of the disease. Being now on the other side of the treatments, Cass is looking forward to beginning to play more gigs on her own. She finds herself going into her senior year of highschool.

After graduating from Geneva next spring, Cassidy is hoping to head out Nashville to attend Belmont in the fall of 2022. They have a wonderful songwriting program which she’ll be auditioning for this august. Cassidy undoubtedly has powerful things in store for her life.
The impact she’s sure to make with her music will be bolstered by the depth and strength of her perspective on what are even the greatest challenges in life and her faith right in the middle of the storm. Keep an eye and an ear out for the name and music of this wonderful young woman, and jump on an opportunity to support her when and where you’re able.