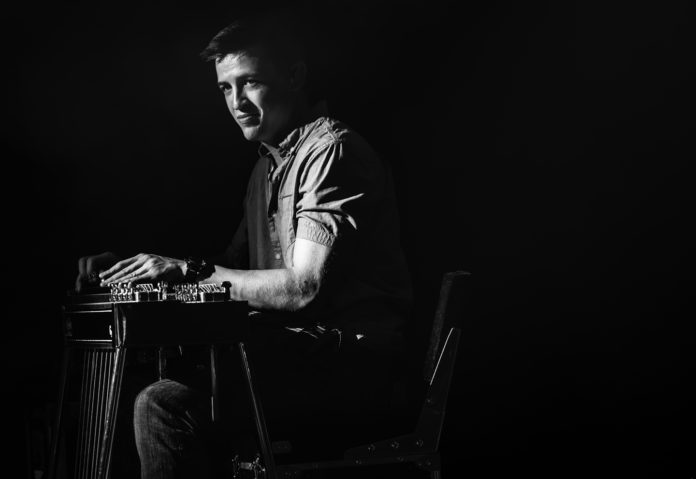 HHarrison Yount (pronounced like Young with a T on the end) is a true Boerne product. We actually grew up not much more than 100 feet from one another in proximity (I on Second Street, and Harrison on First), though we’re about 10 years apart in age.

His first foray into music was on the drums. He laughed as he asked me, “Do you remember hearing loud ‘drumming’ from your backyard when you were a teenager?” I did remember. Toward the end of high school and my visits home from college would’ve been the era of Harrison Yount’s drum adventure, and I could see how this young man would’ve enjoyed the instrument. He wears an unmistakably authentic big smile that goes along well with some big arms. It’s easy to see why playing the drums for him was fun, and also, not a quiet endeavor. We then enjoyed talking about how our mutual affection for working out keeps us sane, how that has been difficult during the middle of a global pandemic, and how our even deep passion for music is the major force that drives us in life.

“We lived in that old wooden house with seemingly no sound barriers at all. I look back now and realize, my parents were so great. I would’ve hated having to put up with all my racket.” Not surprisingly, that unwavering support Harrison received at home would serve him well in music in a special way, but in all areas of his life.

“I started playing pedal steel right after high school. It was originally just for fun; having no clue where it would take me. We went to Nashville as a family, and my dad bought me a lower end instrument to start fumbling around with to get my feet wet. I was having fun learning, but I was dead set on going to the police academy and serving in law enforcement.” 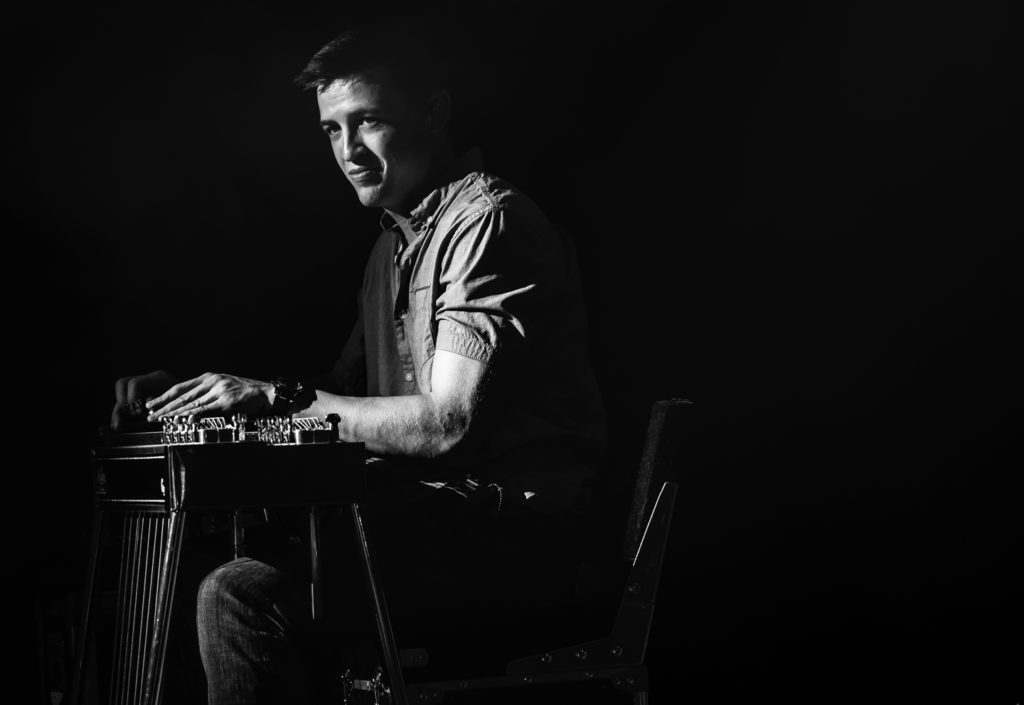 Like many learning their instruments, it was experimentation and hunger that were the kindling for the fire of Yount’s growth on this particularly challenging instrument. “My dad actually set up some lessons for me with a man named Don Pack in San Antonio. He was a good instructor and I did 5 or 6 sessions with him that really got the ball rolling more for me. It opened the world up more for me to understand how the instrument functioned and some of the basics of theory, and then I just took it from there and really began loving it.”

In the age of social media, it allows us to connect more easily with a wider range of people than normal. Especially when it comes to music, this can be an incredibly helpful tool; it certainly was for Harrison Yount. “I started posting videos to Facebook and felt like I was clogging up people’s newsfeed, so I created an Instagram page where I’d post short videos of me playing. It began to get traction fairly quickly and I was getting contacted to play gigs with people.”

He was about 20 at this time and was having invites to play with a few folks that were doing things in the business. “I was doing ride alongs with Austin PD at the time, and getting ready to go to the academy. Then I got a call from Sunny Sweeney to audition for her band. I was excited, went and auditioned for her and didn’t get it, which was good, because I wasn’t ready yet. Same thing happened with Kyle Park, again didn’t get it, again, shouldn’t have gotten it.”

We both got a good laugh, but I couldn’t help but be struck by Harrison’s refreshing level of honesty and self-awareness.

At this time, Yount stepped up the level of both his gear and his dedication to the instrument. “I ended up deciding to actually move to Nashville where I intended to give my best effort for 6 months and if things didn’t come together, I’d follow my desire toward law enforcement.”

He moved to Nashville knowing no one, but got set up with two roommates he’d never met through a mutual friend. Upon moving in, he posted an ad on craigslist that he was a pedal steel player looking for a gig. “Since all the offers I was getting were on Instagram, I kept putting these videos there. I then had some gigs from craiglist, and some more from shaking hands. One day I covered a song by Kacey Musgraves.”

As fate would have it, not only did Kacey’s band leader see this particular video, he really liked it, and (craziest part of all), they were playing the Grand Ole Opry the next day and invited Harrison to come to the show and spend some time with them backstage. “Within 24 hours of putting this video up, I’m getting contacted by this guy and meeting Kacey and her band, and hanging out with them backstage at the Opry. My whole thought process was, ‘Don’t just be a fan. Be a colleague.’’ It must’ve worked.

Musgraves had pedal steel in the band for a few years, but they were now looking for a new one as the current player was on the way out. “I had no idea they were looking for a new steel player, I was just having fun and building relationships with folks, thinking this would just be great contacts and even maybe friendships going forward.”

As it turned out, it was a month or two later, Harrison was in the middle of a rehearsal with another band for a show that was about to happen and he got a text from Misa Arriaga (Kacey’s band leader) with whom he’d now developed a fairly solid relationship. He asked if there was any interest in touring with them to which Harrison quickly replied, “Uh, YEAH.” He was then offered time to think about it, to which Harrison quickly replied, “Uh, NO. I don’t need to think about it.” It was a massive opportunity and there was no denying it.

“It was the whole reason I had moved to Nashville.” It wasn’t a formal job offer yet, but, it was definitely a huge step in the right direction. “We had this giant living room with no real furniture in it, but our house with my two other roommates was a wreck. My brother and sister-in-law graciously came over to help me create a space for us to jam.”

That night would provide one of the best musical memories of Harrison’s career where he sat and jammed with Kacey and Misa. A short time later, they offered the position to Yount, and wouldn’t you know, it was 6 months to the day since he moved to Nashville. It was the end of the timeline he’d hoped to land a gig, and I’d say he landed a pretty darn good one to start.

His very first show was going to be The Colbert Show, and the broadcast had just switched to a live musical performance rather than a prerecorded one. So, he really had to hit the ground running. The next year was spent touring internationally with the Musgraves crew throughout the duration of 2016.

After 2016, as great a time as he had with Kacey and the rest of her band, he felt a change was in order. He ended up back in Texas. It would end up being almost an entire year and a half that was virtually dry musically. He got a call to play Good Morning America with Mason Ramsey (better known as the yodeling WalMart kid), but it was a one-off gig (and not one he would’ve been interested in doing in an ongoing way). Yount didn’t take it because he would need to pull out of the police academy which would set him back a lot both timewise and financially, but mainly, he was only wanting to commit to the right fit this time.

Oddly enough, only a couple of hours after getting the call about the GMA show with Ramsey, Harrison was contacted out of the blue by Jody Bartula. Jody is Cody Johnson’s fiddle player, who, in case you didn’t know, is a really big deal these last few years in the music industry and straight out of Texas. The extent of Bartula and Yount knowing each other was simply following each other on Instagram. Harrison had been feeling discouraged after not having any real leads for 18 months, and this could be a gamechanger.

“I started to come to terms with the reality that the instability of the music industry just really isn’t my speed, I’m naturally a planner and the constant unknown of it all was wearing on me. I was ready to be earning consistently, and Cody happens to be able to pay his band a salary all year long. So, it was pretty much a dream opportunity, besides the fact I love the music.”

Yount was nervous to pull out of the academy, but he knew he’d regret not taking the invite to join for this short three week run with them. Surprisingly, Cody’s camp wasn’t even aware that Harrison had toured for a year with Kacey Musgraves. “We were set to rehearse for two full days then do three weeks of shows together. It was going to be a trial run, but Cody offered me the job on the second day of rehearsals simply saying, ‘Don’t be weird, and don’t steal. We’ll be good.’”

The fit musically and personally was the dream fit that one can only hope to find once in their career, and this was it for Harrison. The journey seems to only be getting better for Yount, and as yet another of Boerne’s own doing some really cool things with his art. Keep an eye out for Yount making waves with Cody Johnson and follow his Instagram: @harrisonpedalsteel