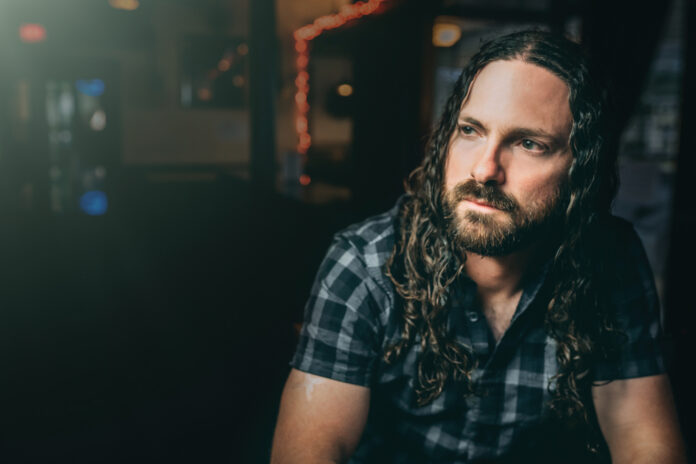 MMusic has a truly beautiful way of bringing people together. More than anything else in the world, the power of music holds a truly unique ability to unite all kinds of people that would not normally be able to connect with one another easily.

Let’s go back to some unknown point in 2013. I had recently returned home to Texas, largely due to an incredibly intense season of depression post-divorce in California, and the other large part due to the fact that I finally knew it was time to listen to my heart and come back to where I came from to pursue my passion of living and breathing music full-time. I had just met Brent Michael Wood, whom I wrote about for the first issue of 2020, and he and I got along well immediately. He connected me with covering one of his regular gigs at Sherlock’s. It was a really cool place, by the way, and one of the actual music venues in the Hill Country that unfortunately hasn’t survived.

That’s neither here nor there, but I was at Sherlock’s playing that night, and there were two guys there that were absolutely giving life to my set that night. Cheering after every song, buying drinks and food, and just making it all a whole lot of fun. These fellas were named Cliff Norwood and Corey Skiles. Cliff, it turns out, was (I suppose I should say is) one of the most supportive people around the live music scene. And not just of live music in general, especially of original artists/songwriters.

Cliff was good buddies with another singer songwriter who I hadn’t yet met. There was a regular gig this guy had at Cooter Brown’s in San Antonio on a weeknight, and Cliff invited me to come out and meet him. After having been out of Texas for a number of years, despite my deep roots here, I was due to get to know more folks in the industry.

I showed up at Cooter Brown’s that night and met Jesse Stratton. Within an hour of meeting, he had me up on stage to play “Amarillo by Morning” which featured Jesse tearing up a solo on the song…on the saxophone. What a cool way to start a musical friendship.

Jesse Stratton’s life has been about music since shortly after the time he could walk. He’s a product of the Texas Hill Country by way of Blanco, Texas. By the time he was 4, his parents had bought him a drum set. “I remember drumming along to their favorites like Marshall Tucker Band, Creedence Clearwater Revival, Bob Marley, Tom Petty; just to name a few. I taught myself basic piano starting at about 10, and then dove into the saxophone in the school band when I was 12. Within a few years after that, my dad taught me some chords on his old guitar. I started writing songs before I even really knew how to play that well.”

Since then, Jesse has penned literally hundreds of songs on a handful of different instruments about life. “I can’t really imagine a life without music. The only way I know how to picture the world is through the lenses of music. It has always been on my mind and in my heart.” 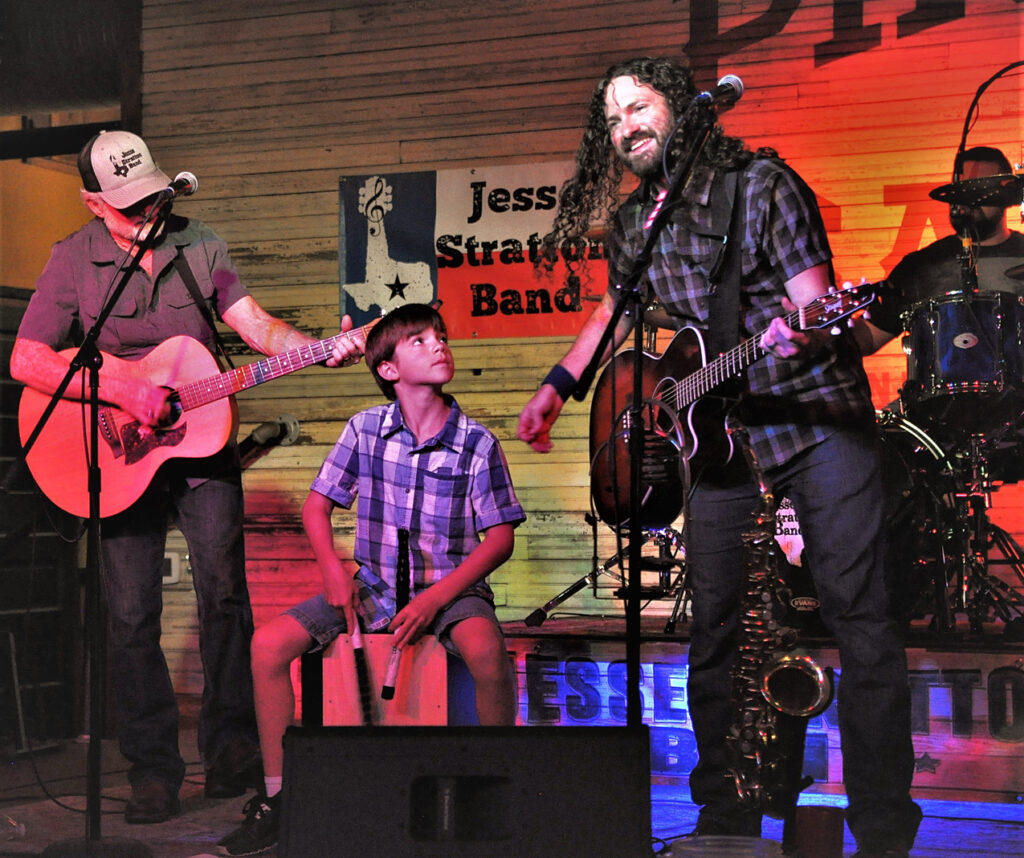 Stratton’s musical journey has run the gamut of genres. “I’ve been in marching band and in a heavy metal band…and everything in between, but I’ve always been drawn to the heartfelt, raw, emotional side of things, no matter the type of music.” Jesse’s band today is a predominantly “country” band, but their sound is much more diverse than that narrow of a label might lead some to believe.

“I truly search for the sound that I feel best portrays every song I create, frequently running through 5 or 6 different feels for any given song before I even present it to the rest of my band. Then they all add their own flavors and it becomes something we can all be proud of, packed with a lifetime full of influences from each of us.”

Upon listening, one absolutely gets a sense of the eclectic nature of influences upon Stratton’s musical sensibilities. He counts both Robert Earl Keen and Tom Petty as massive impacts on him stylistically and as a songwriter, and they represent related but very different breeds of the same era. In terms of contemporary acts that have shaped him, he names The Turnpike Troubadours and Whiskey Myers at the top of the list, which are both fantastic bands, albeit on quite separate strands of the Americana/Red Dirt scene. This variation of styles makes for a really interesting and flavorful experience for the band’s listeners.

“Among the best rewards of playing, is the sight of someone smiling when they relate to a line I’ve written, and the sound of someone singing along. Watching a dance floor full of fans and friends, who are all able to forget about their troubles together, if only for one show, or if only for one song. The struggles are almost too many to count, and are hardly worth recounting at all, because I don’t know (or want to know) any other way. I will say that one of my biggest struggles is that I write more songs than I have time to sing, which might seem silly, but it really is a genuine weight on me. I love the songs I write, and I am pulled to share them with the world. In other words… quit requesting cover songs, people!” 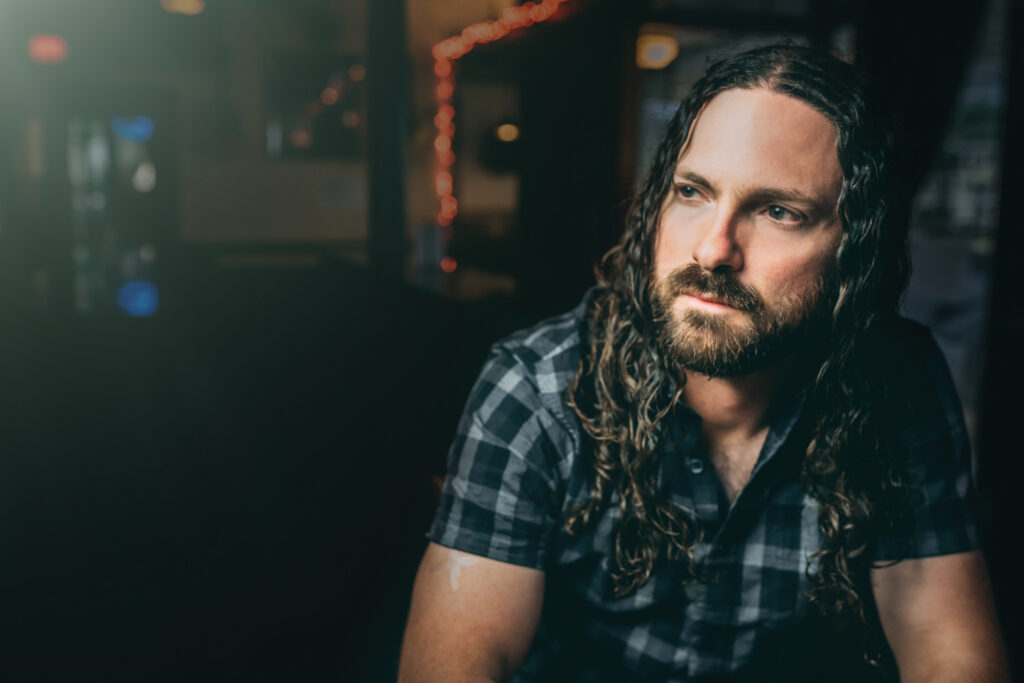 Stratton is no stranger to juggling a lot of priorities and responsibilities. He has a lovely bride and is a father of 4 beautiful children. “I am very happy to have such wonderful things to juggle. I do my very best to not let any distractions get in my way when I’m at home, because sometimes I’m gone a lot. I work 4 days a week in the medical field, and play 2-5 shows every week. If I’m not playing or working, I stay home. The good thing is, my family loves coming to shows, and we play music together at home, so the songs are a part of who we are. The hardest part is writing new material, because I usually do that when everyone else is in bed, which doesn’t leave much time for sleeping. I’m lucky to be a father and a husband. I wouldn’t want it any other way.”

In thinking about how challenging this time has been for the world and how it has affected the music industry, Jesse had these sage words to share: “I don’t know what the current state of things is going to end up doing to the music industry, but if you want to help the musicians you know, I think it’s pretty simple. If there is a song you enjoy, or if you hear something that resonates with you, do whatever you can to share that with others. Because sharing that feeling, whether it’s hope or happiness, sadness or beauty; that experience of sharing it together, above all else, is what keeps music alive.”

Jesse and his family now reside in Wimberley. They enjoy taking hikes and road trips together, playing Zelda on Saturday mornings, and listening to baseball on the radio while swinging in the backyard. “Every day we spend together is an adventure of the best kind.”