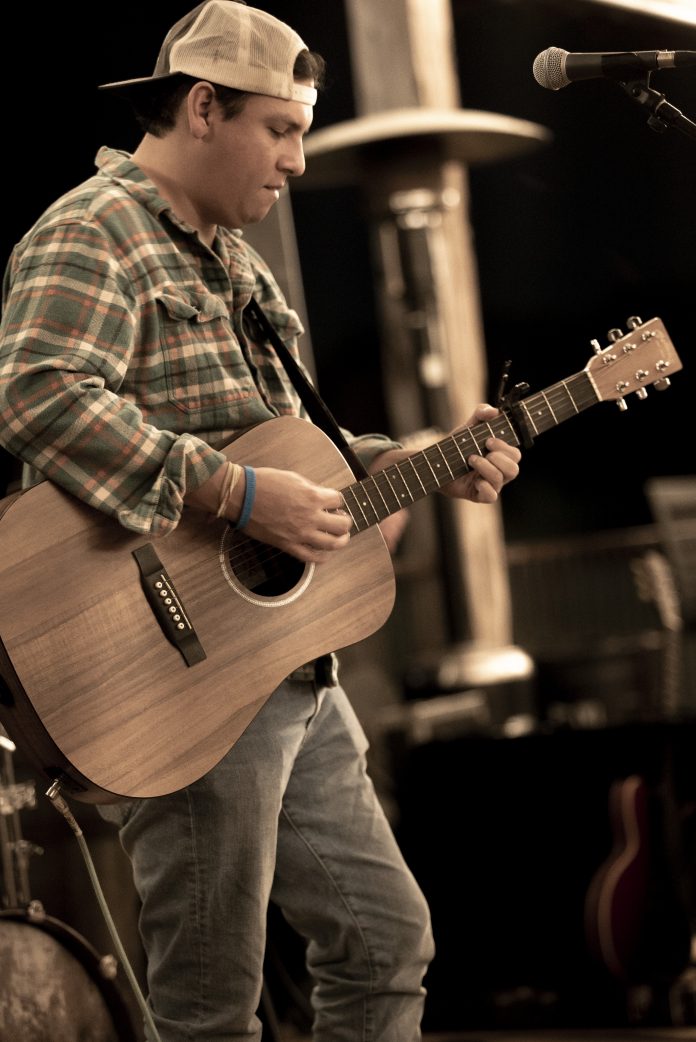 Back in 2014, one night at The County Line just off I-10 in San Antonio, I found myself at one of their concert series shows where Midnight River Choir was playing. It was when my own musical journey was beginning to really develop, and I was enjoying building newfound relationships within the thriving music scene of the Texas Hill Country.

There was a whole mess of talented, music-loving/living folks there to take in some great music on a beautiful evening. Some of them that I already knew, others I was just getting to know, and a number with whom I had yet to connect. One of those there that was a part of that last group was Jonathan Garcia. From the start, he was enjoyable to be around; good energy, and a real quirky sense of humor made hanging out a quality time.

It was later that I would learn he was also a solid musician and songwriter himself. Gradually, over the next handful of years, Jonathan and I got to know each other better. Eventually, we even shared the stage together a handful of times. Both at benefits for those in need, and also when I got to invite him to join me on a gig here and there.
When it comes to style, Garcia plays with a grit and sense of feeling that I really appreciate about him as an artist. Conveying songs with an almost gruff rasp, he harnesses emotion with a fresh musicality that listeners can appreciate. 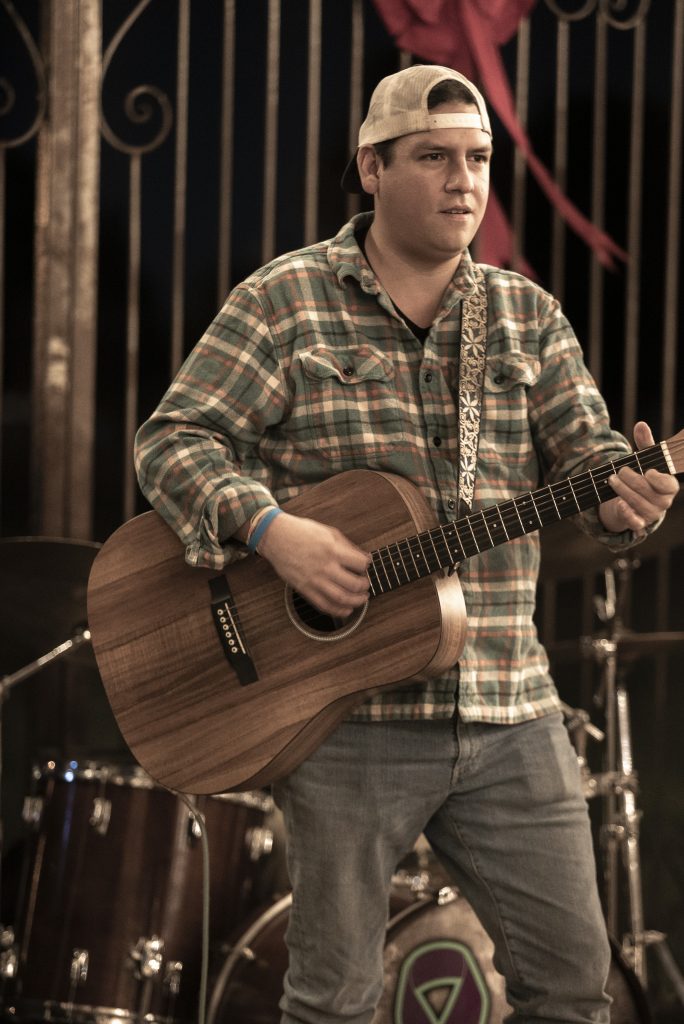 In asking him about his early memories of music truly affecting him, he shared, “I remember driving in high school, taking seemingly endless road trips with no destination, jamming to Dave Matthews. His music has always been a sort of euphoric experience, because it was an escape from my teenage mentality.”
I, too, remember Dave Matthews having a major impact on me musically in my high school years. I can’t even guess how many times I listened to his “Live at Luther College” double record in some of my most formative years. Garcia continued, “My cousin Aimee and I had a connection where we would sing and dance to all different kinds of tunes growing up. Dave, and a lot of Elvis as I recall…I am sure there is a VHS of us somewhere ‘performing.’”
Circa 2008 was when Jonathan Garcia had his first actual stage experience for his very own introductory gig. “It was at Broadway 5050, and I remember thinking, ‘Wow, it’s different to play in front of both friends and strangers that have never even seen me around a guitar.’ It definitely was a bit surreal; the same kind of feeling when going to an open mic to share a new song. That felt good, but it being ‘my gig’ felt really different. It felt special.”
As is often the case for those learning the ropes of the music business, Jonathan worked alongside an older, more established artist. “I started working with Luke Olson—I got to be his roadie for a while. What I really wanted was to be on stage already at that time, however, it was a great learning experience for me. There was a lot to be learned, and I picked up many things from behind the scenes. A lot of valuable aspects of the entire process came to light: booking, marketing, production, sound, advancing on gigs, but mostly, I did a lot of driving!”

And of course, the musical influences were working on him through all of his growth. “As I mentioned before, Dave Matthews was huge, and also Robert Earl Keen, and John Mayer.” I think if you’re a Texas-bred singer songwriter, Keen somehow de facto affects you musically. In Garcia’s music, there’s a smooth blending of these various styles from all 3 of these gifted, varied artists.
As with any path, there are things, and times, that are challenges. “Being in the music scene all the time really is a lifestyle. I truly enjoy working with other artists that continue to push me to always get better,” Jonathan muses, “You’ve got to keep up. I would say songwriting and guitar development have been the biggest learning curve, but with my competitive nature, it keeps things interesting. The absolute best thing, though, is when someone comes up at a show to give love for a song. That makes me want to race home and do it again.”
One of the ever-present “struggles” of being a musician is remaining creative and making time for that process. “It has been increasingly more difficult to find time to be committed to creativity. Recently, I’ve teamed up with fellow songwriter, Clellan Cook, to hold each other accountable on writing. It’s something we’re both passionate about and want to continue to push each other to new heights. Every week since November we’ve made it a point to meet to write. I truly enjoy that collaboration that we both get; it is going to make us better.” 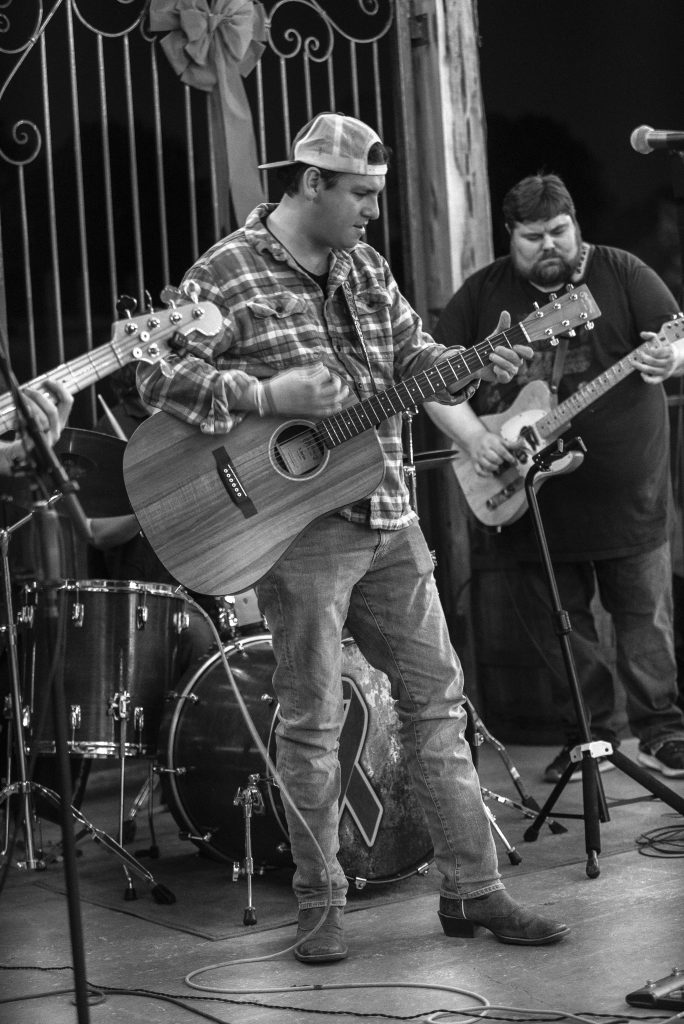 In his free time, Garcia is down for time on the water and continuing his business development efforts around music. “I love being at the lake or river with my ladies. And by that, I mean with my beloved dog, Bella, and my girlfriend, Chelby.”
“Recently, I started doing booking for Las Palapas on Austin Highway in San Antonio—I’m also working on doing some artist development with some other Texas artists which is blossoming into another side of the music business that I love. I also have new music to be released this spring through the rest of the year. There will also be some full band shows which I know my band guys and I are excited about!”