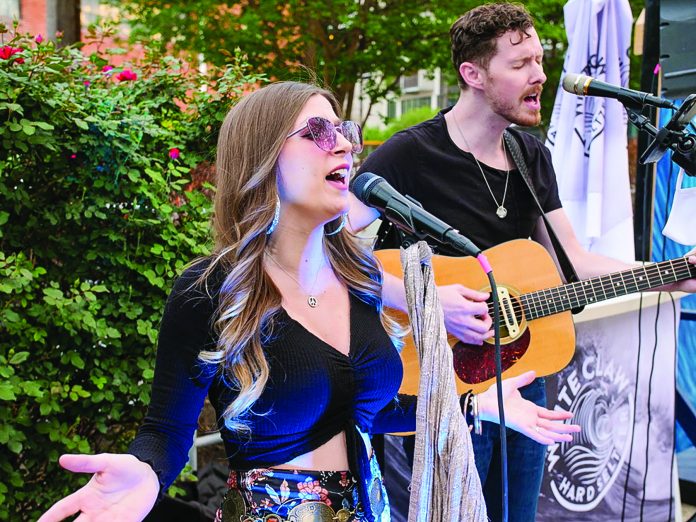 One night a number of years back, probably in 2014-2015, I was hanging around Main Street on a Saturday night I was free. It was a lovely night — just the right amount of “hustle and bustle” going on around town. Good energy, people having a great time, not uncomfortably crowded, no one that seemed to be obnoxiously drunk and loud in the vicinity. You know, it was just nice.

After making my way off of Main, I then rambled into the Biergarten on Main Street. If you remember the spot around this time, it was home to some really pleasant evenings. Hopefully more of those nights there are on the horizon. Anyway, after grabbing something from the bar, I heard an incredibly strong and beautiful voice coming from the stage. I turned around and saw this confident, striking woman belting out tunes from the stage. Coincidentally, she was accompanied by another musician that was a friend that often joined me on stage, so that made the moment even more memorable.

As is the case, Misha Allyse and I had known a little of each other and been connected on social media for a while, but it was a pleasure to see her in her element. Entertaining people with a truly genuine, audible joy in her voice and smile. Just getting to sit back and enjoy talented musicians is something I love, though I get to do less of it than I’d like as I’m usually the one on stage.

When they came to a break between sets, I went up and said hello and told her and my buddy that was playing with her that I sincerely appreciated how they were transforming the energy of the night. That’s something only music can do, especially live music, almost transporting us outside of ourselves into the ebb and flow of the rhythm and melody so that we can just feel light and free for a little while.

I got to catch up with Misha for this column and hear more of her journey.

Tell us some about how you first began to really get pulled in by music?

“My mother says that I was singing before I could talk. By her accounts, I would sing myself to sleep every night (which is still true). When I was a child my mom and dad would always have music playing. Anything from Etta James to Led Zeppelin and everything in between. I was always drawn to music ever since I can remember.”

What was your journey like musically that led you to where you are now?

“I have always wanted to be a singer. As a child I wished for it every night before bed. In the 4th grade I landed the lead role in the musical “Oliver Twist” and got to sing my first solo. From that moment I was hooked. I participated in every musical production and joined choir in high school and absolutely fell in love with it.”

“After those experiences I realized I desperately wanted to sing for a living.  I was told that being a singer was not an easy career choice and I was persuaded to pursue my second love of fashion.”

“While in fashion school I fell in love with a military man and eloped. My dream of having a music career seemed to be on hold indefinitely. The military transferred us to San Antonio. Shortly after our move we decided to go our separate ways.”

“My entire life changed one night when my coworkers invited me to the ‘Green Lantern.’ That is where I discovered real live music. I was absolutely mesmerized. Leslie Lugo and John Hernandez were performing that night. I couldn’t believe my eyes and ears. I knew in that moment that I was going to do everything in my power to become the singer I have always wanted to be. Seeing Leslie sing her heart out was the most inspiring moment of my life.”

“Through the grapevine I heard about an open mic night happening the following evening. I worked up the courage to ask the guitar player if he would learn ‘Oh Darling’ by the Beatles for me. I returned the next night and I sang my song. My dream of being a singer was about to become a reality.” 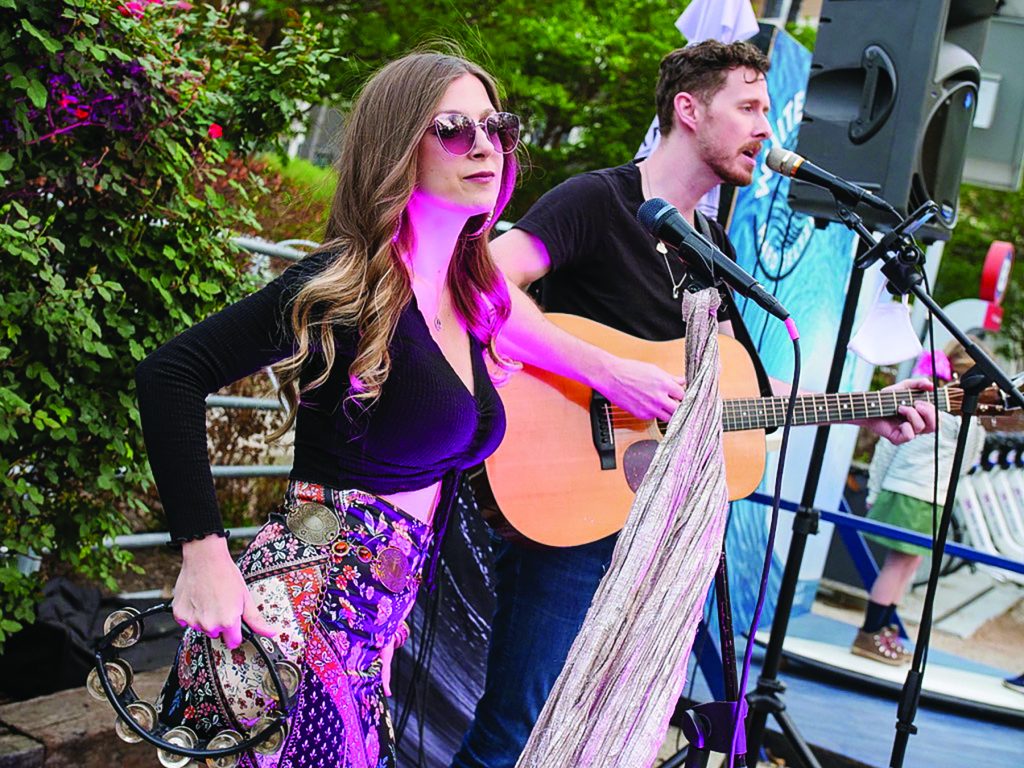 “That evening I met many other incredible musicians and friends who I would end up collaborating with in the future. John Hernandez, Tabatha O’Connor, Gerard Kolodejcak and I formed a band called ‘Driving the Bunnies.’ Later I was involved in several other bands and projects including singing for Carnival Cruise Line. When my contract was over with Carnival I decided to focus on my music career more seriously.”

“I am currently working on my next exciting adventure. I am grateful to be working with two incredible musicians and producers, Armando Aussenac and Jorge Palomo. We are in the process of recording and performing my original music. Stay tuned…”
Who would you classify as 2-3 of your most significant musical influences?
Being the good musician she is, 2-3 wasn’t quite enough. “I would say: Patsy Cline, Etta James, Aretha Franklin, and Stevie Nicks.” Wow. Not sure there’s a better 4 woman list out there as far as standout, soulful, passionate vocalists.

What are some of both the most challenging and rewarding aspects of being a (formerly) full time singer songwriter? What does incorporating music into life mean now?

“The most challenging and rewarding aspect of being a full time musician is how unpredictable it can often be.” That’s the truth, things change, gigs can come easily then not at all, and it’s just learning to ride the wave.
What do you enjoy that takes your mind away from the music/and work (business) when you need to recharge?

How do you juggle life responsibilities with art and creativity?
“Hoping, wishing, praying, and most importantly confidence.”
Keep an eye out for Misha Allyse and catch her sing at one of her shows sometime around the Texas Hill Country music scene!