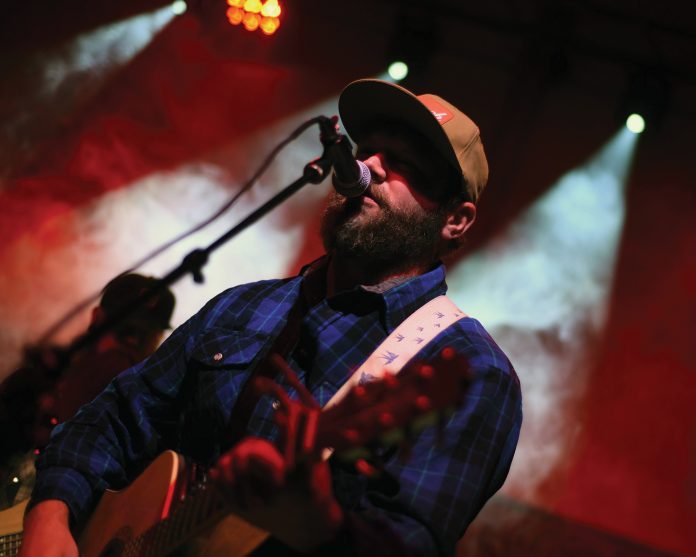 I’ve played music my entire life. At 8, I began playing piano and guitar. It became a large part of my day to day. By 15, I was performing at open mics and beginning the early stages of my songwriting. Alongside sports, music was what I was most passionate about pursuing for as long as I can remember. Just down I-10 a spell, northeast of Boerne in Ingram, TX was another blossoming musician born the same year that I was. Turns out, our journeys with music share more than a few similarities.

Myles Smith grew up in the Texas Hill Country. Music, too, was a huge part of his life from a young age. “We had great music at Calvary Temple Church in Kerrville growing up. The feel of it was gospel with a country swing. It was there that my earliest memories of seeing how deeply music affects people took root in my mind. There were grown men crying big tears with outstretched arms while my cousin, Tenille, sang. That sticks with me even today. The raw emotion in those Sunday night services where the Praise and Worship portion may last all night if the spirit moved. That runs deep, and on the best nights, I feel like I can still tap into that well.”

Having also grown up in church and seeing how music touches people in a way like nothing else seems to do, it inherently awakens something within the heart of the artist that creates an indelible marker that magnetizes the desire to be able to help be a vessel to allow people to feel the deeper things in life.

Myles shares, “I really first started to dive more into music when I was 18. I had a busted leg my senior year that kept me out of baseball. A couple of buddies showed me a few chords and I very gradually started to pick it up. The first time I ever performed in front of anyone was at our high school graduation. My good friend Justin Heflin wrote a song and taught me about enough guitar to get through it so I could sing with him.” Funnily enough, my first real performance was also at a high school graduation, though not my own.
Smith continues, “Justin and I would go on to play every Wednesday night down at the river in Hunt that summer. At first, it was just some friends getting together regularly to hang out, but it quickly turned into a neighborhood wide event after the first few weeks. That’s what hooked me. A year or so later I got my first gig.” 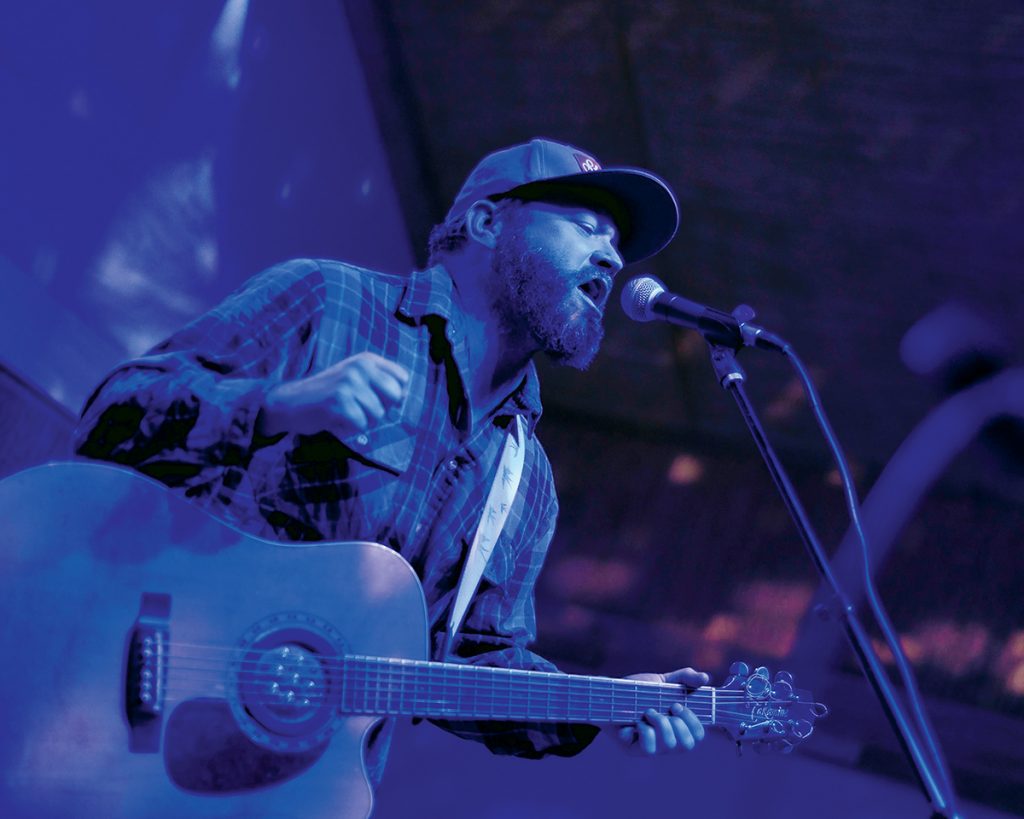 There’s something magical about that first period of beginning to play, and then the moment where you actually get booked for a “real gig.” “It was a happy hour show at Jo Jo’s (formerly Dry Dock) in Kerrville. It was there that I met a guy named Scott Rotge who asked me to come open for him and told me in no uncertain terms that I oughta quit all that college nonsense and just play music. Good advice or not, I eventually took it.” Sometimes, I think about what life might have looked like if I had also gotten and taken that same advice. Nevertheless, I got where I was meant to be.

“It was honestly hazy for a few years there,” Smith recalls. “I was able to get in with two great musicians in San Antonio in Dave Fenley and Brent Michael Wood. We were all playing 25 or 30 shows straight sometimes at that point, and we were dipping deep into the strong drink while we were at it then. It’s where I really cut my teeth. It’s hard to imagine keeping that pace now. I’ll take the laid back New Braunfels life I’m able to lead now any day.”

“For me, what stands out most about any kind of journey isn’t the shows or the money, or lack thereof, from time to time. It’s the friends you make with people who understand your weird addiction to performing. Those are unique.” That’s the truth, the combination of building connections with kindred spirits that understand that unquenchable drive around the music within your soul is unbeatable.

“The first time I heard Robert Earl Keen’s “No. 2 Live Dinner,’ I was changed. I couldn’t believe there was writing like that and you couldn’t find it on the radio. It opened my eyes to a whole new scene. The second time that happened to me was listening to Bob Schneider. My mom’s husband Paul turned me on to ‘Songs Sung & Played on Guitar at the Same Time’ and I’ve never been able to get enough. Just such a cool approach and completely uninhibited by any rules of genre.”

Myles does a beautiful job capturing the tension felt by full time artists, even when getting to pursue your passion as a profession. “The challenge for me is that even when you do something you love for a living, the reality is, it really is for your living. In light of that, it does become a job, and at times it will feel like just that, a job. There are days you don’t feel like being the entertainment. Thankfully, once you get it going on stage, and get any kind of good energy from a crowd, the apathy seems to fade and it begins to feel right again. You get to fall in love with it all over again right then and there.”

Whatever we do, we’ve got to maintain that sense of appreciation and fire. As a full time musician myself, I can also attest to the fact that it’s hard to not feel down sometimes when you’re caught in the grind, and can feel like there are consecutive nights where you’re just kind of going through the motions for folks that don’t seem to care one way or the other that you’re there pouring out your soul into these songs. When the love for the music is felt afresh, it reminds you just how blessed you are to do what you are most passionate about while earning your livelihood doing so. 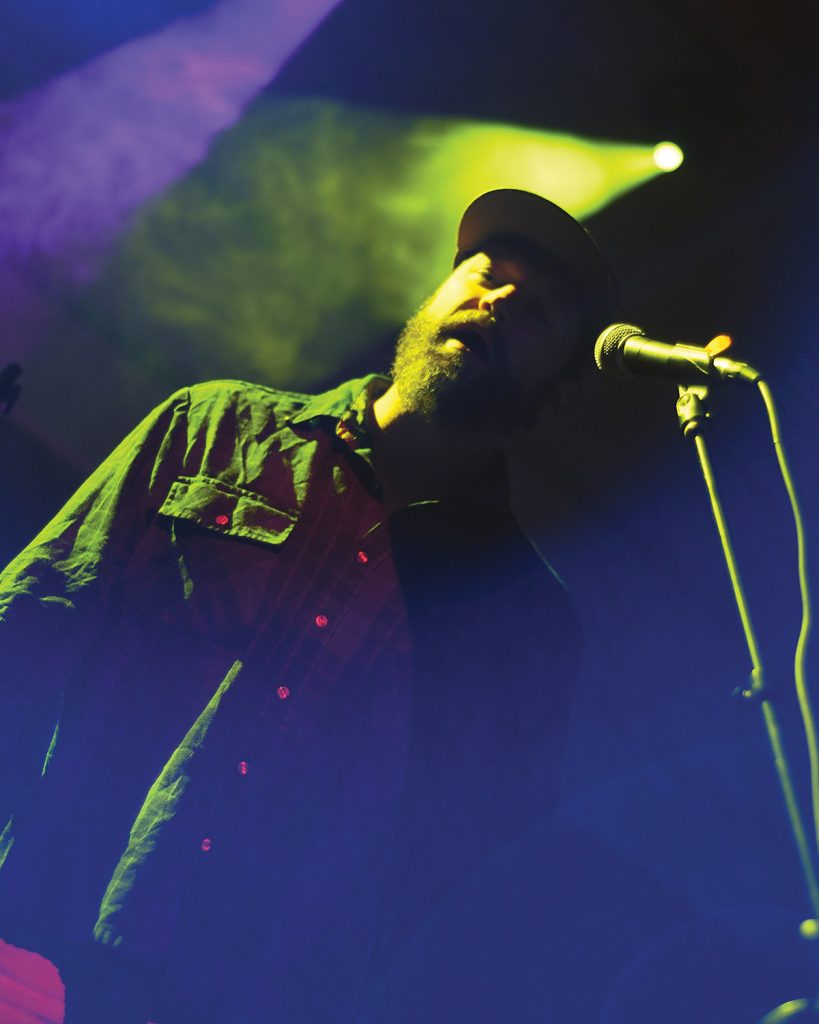 During down time, Myles enjoys fly fishing, bowhunting, and he says, “My newest expensive addiction is golf. I love it. I’m terrible at it and I love it even still. I have a Catahoula named Reba Fancy Woofentire Elder-Smith. There has been an expert level of proficiency I’ve developed at startling my girlfriend around the house. She actually prefers I call her My Old Lady. I’m very sneaky. She constantly underestimates my sneakiness.”
“At the end of the day, I’m lucky. I get to do something I love. Something that I’d probably have to do as a matter of compulsion even if I couldn’t keep the lights on with it. I’m grateful for that.”