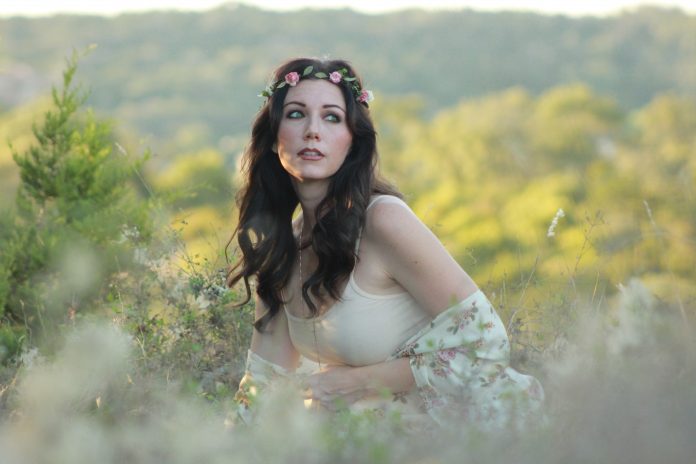 Sometimes in life, you encounter someone that you need to spend next to no time with to realize that they’re a truly special person. And sometimes, it’s only when they’re gone too soon, that you realize the conclusion you drew about them was spot on. And always, after the window of opportunity has closed, you wish you could go back and enjoy a little more of their company while you still had the time.

Tabatha O’Connor was one of those souls that made an indelible impression on people with whom she crossed paths, no matter how brief the time spent in her presence. She was striking. Incredibly beautiful, but also refreshingly kind, which is all too rare, especially in people that could have the potential to allow their looks to be what grants them progress in their life, rather than how they treat people. 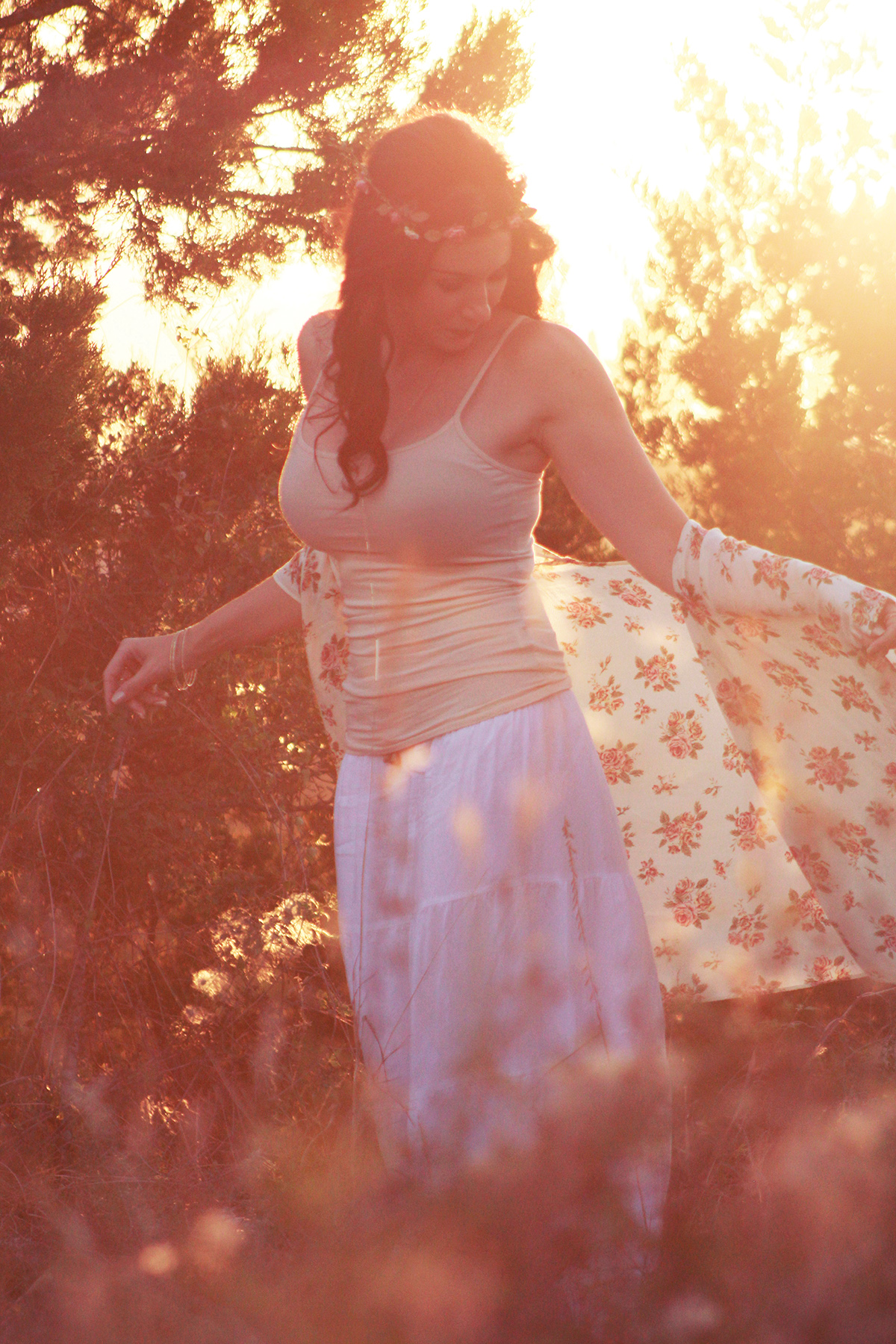 No, Tabatha (called Tabby by most everyone that knew her) had the right understanding that the golden rule was the ultimate way to live well.

“Tabby was such an unusual case as far as music was concerned. She came to it later in life, unlike most with strong musical talent. But, when she did, it was special,” said Michael James Carey, O’Connor’s longtime, and final love/primary musical collaborator.
Growing up, she didn’t sing, other than just at home. She was a ballet dancer. And she went to The School of American Ballet in New York when she was 12. She excelled as a dancer early on, but the steep costs of continuing that path would begin to close the door on that part of her artistic giftedness.

“She was born and raised in Texas, and ended up in San Antonio. She would get married in her early twenties, and after that ended in divorce, she began going out to karaoke like 5 nights a week.”

Carey and O’Connor met one night when they were going to be playing together. In hindsight, Michael posits that he and Tabatha must have been in the same room around music and hanging around town on a number of occasions, but had just never realized it.
Tabatha was a member of the band The New Eighties, one member of which at the time, was a friend of Carey’s. The band’s drummer wasn’t able to make the gig, so Michael was asked if he could fill in for the night. This was his first encounter with Tabby, on a Saturday night in September of 2016. “I saw her approaching in this leopard print dress and looked like a million bucks. I absolutely did a double take.” If you ever saw Tabatha, you’ll know that’s not a joke.

After the gig, they went to one of Tabatha’s friends’ shows to catch the last set when their own performance was concluded. The spark was there from the start. Later, Carey and O’Connor would spend several more hours until daybreak approached connecting in a way that two souls almost never do in life.

“She told me that night, the very first time I had met her, she thought she had cancer.” She was beginning to have some difficulties that she just felt weren’t good. Obviously, the level of trust was rare from the beginning. “The next Monday, we went and did karaoke together at 502, and I got to sing in front of her. She punched me, and said, ‘Why the hell didn’t you do that the other night at our gig?!’”
From that Monday night, a mere 48 hours after their initial encounter, the two were inseparable. And within a few months, they were playing shows together all the time. The next 4 and a half years would bring ever increasing bonding between their two musical, connected souls.

“When I met Tabatha, I had just recently started playing acoustically not long before, and it didn’t take long for us to be playing up to 5 and 6 nights a week together. There’s just something so special about bonding with someone vocally like we were able to do together.”

“With the exception of a short period of time where I went out to California for ahandful ofd months, we were together all the time. It was my great honor to get to share the stage with her so many times, but getting to share life together every day was what was truly the best.”

Tabatha continued to perform, and even though she was unfortunately right about her cancer diagnosis, she hardly missed any shows. I remember Tabatha checking with me at least a few times if I could fill in shows for them last year when she wasn’t well. I was booked the nights she had asked about, but wish I could have helped. We had even talked fairly in-depth together about doing some collaboration together as well. She was always so sweet, kind, and hopeful, and even whimsical, really.

She continued to carry her spirit as best as she possibly could, even when the awful disease was causing her body to fail, she kept living well. Tabatha O’Connor breathed her last on March 4th, 2021, surrounded by her family and closest friends. In late April, there was a celebration of life for Tabby at Thirsty Horse Saloon in San Antonio that would see roughly five hundred local musicians and music lovers show up to pay tribute to this wonderful woman that was a rare beauty inside and out. She will be missed by many, but definitely not forgotten.

The following are brief tribute statements from some of Tabatha’s immediate family and closest friends.

“I met Tabatha through the SA music scene many years ago. From the moment I met her, there was a soul connection. We supported each other as women in the business wholeheartedly and with lots of love. You always felt her undeniable magnetic energy when she entered a room and when she embraced you, you always felt her love. I’ll always remember her infectious smile, her angelic voice, her outstanding sense of style, her grace through tremendous adversity, but most of all her love!”
-Amanda Botello (Friend, Fellow Singer)

“Tabatha had enormous gravitas when she walked in a room. Her smile was so inviting and would light up the room and draw just you in. I fell in love with her instantly. She had a deep compassion for people. She was so giving and considerate and she loved with all of herself. Artistically, Tabby covered all the bases so effortlessly…dancing, painting, and singing. I’m so lucky that I got to sing with her almost every night for the entire time I knew her. It’s the closest musical bond I’ve ever had with someone and makes me feel so deeply grateful.”
-Michael James Carey (Significant Other, Fellow Musician)

“There’s a distinct difference between listening and hearing. My sister, for many, was a shoulder to lean on – a lent ear. It has been six months since she has passed. I am still getting emails/messages from strangers expressing the great influence my sister had on their life. She was never one who wished her deeds would be seen publicly – she was quiet and smooth with how she loved others. In a world where everything is shown; she kept that part of her life private – as it should be. Tabatha – a mother, an artist, a giver, a fighter… my sister’s name looks good beside those words.”
-Tyler Lee (Brother)

“Tabatha was the kindest person I have ever known. She always befriended those with the least friends. She could not stand to see someone “left out” or “mistreated.” Her heart was full of love and compassion. She was a talented ballerina, a beautiful singer and an amazing artist. She loved everyone unconditionally. Her love for her precious daughter, Lyric, was above and beyond. Leaving her was the most painful thing for her. Her grandfather and I will never stop missing her. I thank God that we will see her again. I am forever grateful to Michael for loving her and being there for her so faithfully.”
-Dorothy Bagley (Grandmother)

“Tabatha was my first born. I could not have been more proud of her. She had the sweetest disposition. She never spoke an unkind word to anyone or about anyone. She was a friend that could be counted on for anything. She would have given the clothes off her back or her last dime if needed. My “earth angel” is now singing with the Angels in Heaven. She will live in my heart until we meet again. I love you, Tabatha!”
-Tressa Weidner (Mother)

“I don’t think words can describe my big sister, and that is not to sound cliche, but when I think of Tabatha, I think of melody. I think of how a melody enhances and engulfs those around them in its beauty. Everything about my sister was beautiful; from her lime green eyes, to the way you’d feel in an interaction with her. She spoke love and health into everyone’s lives she was close enough to touch, and she had a following for that. Not only did people love her voice, but we loved her. I will forever be humming her melody.”
-Travis Weidner (Brother)

“There was only one Tabby. Anything but ordinary, amazing vocal talent, an incredible painter, she even made me a masquerade-style mask. People loved her and she loved people. I remember our first conversation. I thought, ‘Why is this total stranger talking to me and it doesn’t feel like small-talk?’ It’s because she was genuine; they don’t make many of those personalities anymore. I don’t know how many stages we’ve shared, I don’t know how many conversations we’ve had. When she decided to leave us, I remember thinking I was happy her pain was over. She endured longer than I could have. It took about a week afterwards for me to cry like a baby for closure. In our last conversation, I asked for her to give me a sign every now and then. She said, ‘Just look for the butterflies and dragonflies.’”
-John Hernandez (friend, former band mate)

“Most people called her Tabby or Tabby Cat. She was my Bunny T. Tabatha was an absolute inspiration from the moment I met her. She lit up every room she entered. The very first time I saw her, she was twirling around the dance floor at Green Lantern in a bright blue dress with a flower in her hair. That same night we clicked instantly like sisters. Tabby was not only one of my best friends but she was the most incredible singing partner I’ve ever had the pleasure to sing with. I learned so much from her. We sang together for years. She even taught me tambourine. Tabatha was not only richly talented, she was (and is) the most beautiful soul. I feel so deeply fortunate to have had that enchanting woman in my life. Her legacy will live on forever. Love you, Tabby”
-Misha Allyse (Close Friend, Musical Co-Collaborator)