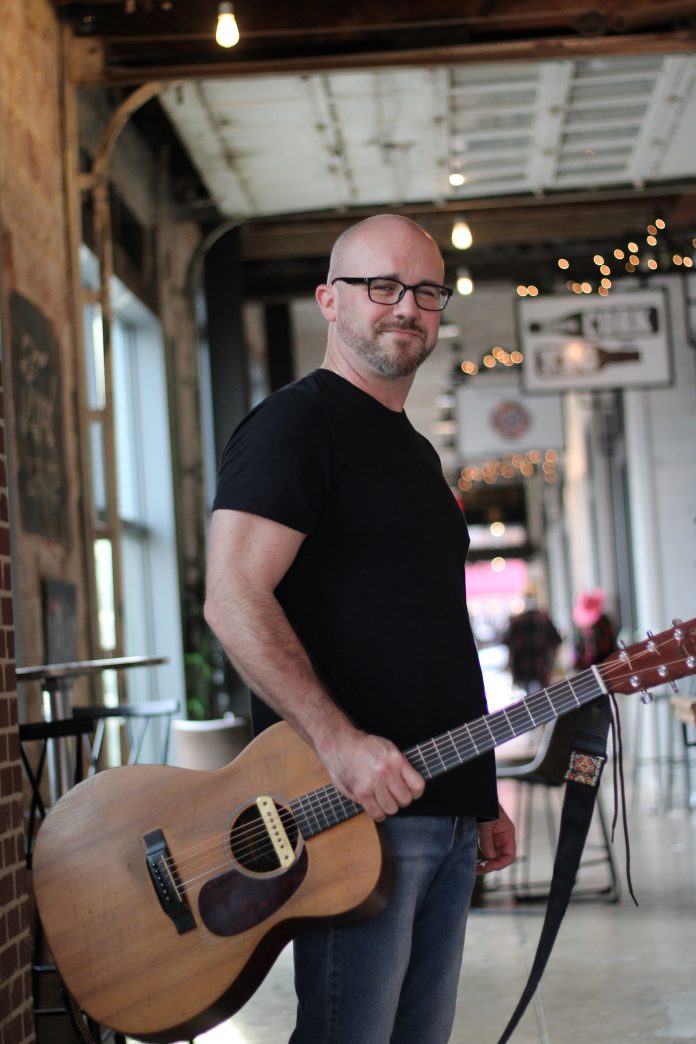 Just wanted to begin by saying that I’ve missed writing this column the last 2 months. After not having gone a month without writing the piece for the last three years, I finally took a little break for my wedding back in early October. My bride, Courtnay, and I bought a house which we moved into THREE DAYS after our nuptials. Needless to say, the last three months have been full. Life is good, though, and I’m grateful to be back with my EXPLORE music column, and hope each and every one of you has a truly wonderful holiday season and a Merry Christmas! And, as always, thank you for reading.

Since I started this piece, there have been a handful of columns where the subject was someone with whom I had shared the stage with once or twice. For this month, though, I’ve chosen to write about one of my dearest friends. I’m not sure how many times it has been exactly, but I would say with confidence that Tony Taylor and I have played more than 100 shows together over the last 7 or so years. 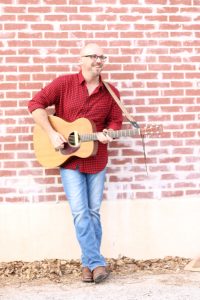 There has also been no one I’ve written about thus far with whom I’m even nearly as familiar with them as a musician and songwriter as I am with Tony. I probably would have had him as a subject sooner, but up until now, I’ve largely tried to highlight artists from Boerne, or that have played around town for a while. It was a good time to begin highlighting more folks around the area with whom I feel that you, as a lover of good music that says something that matters, should know.

Without further ado, let’s look some more at a man who is a close friend of mine, a groomsman in my wedding, and someone I respect and value as a “colleague” in the music business. Tony grew up in Corsicana, Texas. As a boy, like most music lovers born before the year 2000, the radio was incredibly formative. Yes, the radio. The one with an actual knob, that has to search for a signal, and has a signal button with two quite different frequencies which allows sound to be transmitted based on the number of times per second the electrical current changes directions. Radio now simply isn’t the same experience as it once was. Dammit, I sound ancient for someone not quite yet 40 years of age. I digress.

“My earliest memory of experiencing a true draw to music happened fairly young. ‘Oldies’ and classic rock were the genres where I felt most drawn.” My genres also included oldies, but classic country was second place. When we’re talking about oldies here, we mean the tunes from the 50’s and 60’s. Man, there are some truly great songs from that era.
“I would listen to the radio at night in bed; there wasn’t a tv in my room growing up. Before long, I realized I had a knack for memorizing lyrics pretty quickly. There was a fascination with the words in songs from an early age. My mom would belt out alongside Whitney Houston. She helped me also learn to begin to hear and learn harmonies as well.”
It was at the age of 14 that Taylor began to teach himself the guitar. “My dad had an old classical guitar, and one summer day, I decided to pick it up after a week at the church camp I attended every year.” Camp Crucis in Granbury, TX was a catalyst for igniting the love and appreciation for music. Camp for me, too, was a significant aspect of my journey which developed a deeper connection to song. 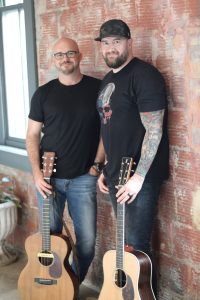 Tony continued, “I felt comfortable playing the guitar…it came naturally.” Before too long, came the first ever gig. What a moment for someone that will end up making their living for many, many years playing music, to look back on in hindsight. I had zero clue the first time I performed that it would become my livelihood, and also my anchor through a multitude of life’s storms. Now, as life is really quite beautiful, the stage is a place of simpler peace and joy. A constant for which I’m grateful to God that He has blessed me to be able to do. Taylor’s first gig? A party out in a pasture in Corsicana (Tony’s hometown) amongst a slew of open tailgates and a smattering of bonfires.

“I owe all my growth to Cheatham Street Warehouse and Kent Finlay!” My addition would be that Tony also possesses a great deal of talent and has put in (literally) many thousands of hours in order to grow in his craft. Taylor continues, “But, I still have a ways to go before I’m satisfied.” He’s well on his way.

A truly gifted writer of beautiful, poignant songs, a warm and welcoming voice, and skilled guitar work make listening to Tony Taylor a most pleasant time for anyone with enough brains to pay attention. Oh, and did I mention that he’s quite a solid drummer? He’s played with me a number of times in that role, though I most definitely prefer swapping songs back and forth.

Like any songwriter worth his salt, there are those who have gone before that help us to learn what it means to take on the process of creating quality music. “Tom Petty. Robert Earl Keen. Willie. Big three there. Oh, and I’d be remiss if I didn’t give some credit to Adam Duritz from Counting Crows for his work, especially in the early years of albums like ‘August & Everything After’ as well as ‘Recovering the Satellites.’”

Mmm, what a list. Our influences, whether in business, art, close relationships—those whom we choose to place our focus and time, does matter. The above artists all speak into Tony Taylor’s performance and songwriting, and you’ll hear it in his music.

“The most challenging aspect of my career so far is booking/management. Yet, when things go right and you realize that you’re able to get paid to do what you love, that’s quite a reward. I mean, it’s pretty special to be able to say that.” I couldn’t agree more.

During downtime, Tony most enjoys time with family and good friends. “I’ve been known to take long drives with no explanation or particular destination. Sometimes, I just go back to my hometown and find what I need to recharge for a few days. Or, I’ll just fly solo to catch a movie in the theaters!”

Taylor also really enjoys cooking, and is a self-proclaimed foodie. He makes his life about music, and I truly think that music makes this world a better place. Do yourself a favor, and keep an eye and an ear out for Tony Taylor. He has an album on Spotify, as well as a couple of great singles. And more is in the works. Look him up.

I look forward to continuing this column in the new year, and I hope you enjoy the ongoing journey of getting to “meet” more of the Texas-grown musical artists we’ll have the pleasure of encountering along the way.

God bless and Happy New Year! May we always look for the good in others, and persevere in our own journey toward growth and wholeness.