Home Music Musicians of the Month: THE ANAPESTS 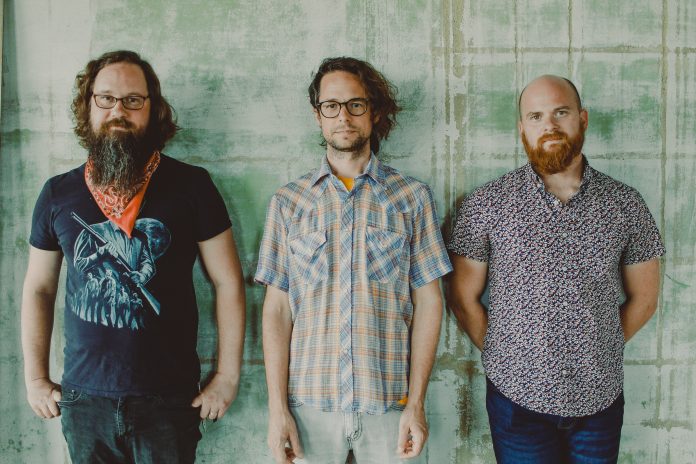 In the two and a half years I’ve been writing this column, with the exception of a duo, Hogan & Moss, all the pieces have been on solo artists. This month, I have the privilege of introducing you, Dear Reader, to a trio that really captures a full band sound.

Comprised of drums, bass, electric guitar, and 2 vocalists, are, THE ANAPESTS. The band was born right here in Boerne. Lance used to frequent Electric Coffee where he ended up connecting with Paul. Paul had already written a couple songs with a group sound in mind. When Lance joined, they then wrote a handful more as a duo. Then, along came Tim, who lent his point of view and more tunes were created.
Paul Johnson is the singer and bassist. Paul grew up in the East Bay area of Northern California. Johnson was recruited to teach literature at Geneva. The headmaster of the high school of Geneva was a former pastor of the church where Paul worked in California. He’s now going on a dozen years of helping to shape young minds at one of the finest schools around. His wife, Erica, and two children (a strapping son and lovely daughter) have settled quite nicely into their lives in the Texas Hill Country.

Lance Higdon, the band’s inventive drummer, is a native Texan that grew up between Houston and Dallas. He works during the day as a real estate appraiser in a two man business operation with his father in law. Oddly enough, he married a girl I grew up with that was almost like a little sister to me when we were kids. His wife, Noelle (Preble), and he have two beautiful little girls together. 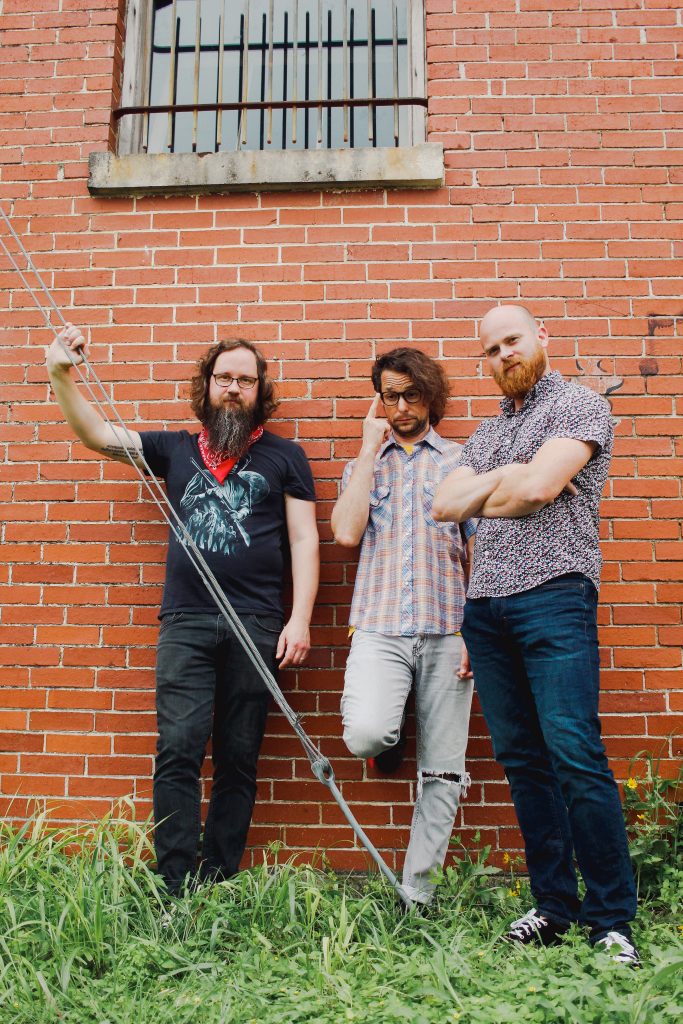 Tim Warlow, was born and raised in the Texas Hill Country. His days have him pounding the pavement as a realtor. In the band, he also covers some of the vocal load for the group while filling the role of lead guitarist.

Prior to Covid, the fellas were gigging about once a month. We all know none of that was happening for a while, so the momentum of live shows hit a wall. After the initial extreme “hunker down” period was lifted, the guys started the process of really working on putting an album together. They have now spent a handful of days already at Cedar Creek Studio up in Austin, founded by Kelcy Warren.

To make the collaborative process especially unique, the three members of the group hardly can all agree on one band about which they all feel the same. Perhaps two of them like a group while the third feels differently, or only one is interested while the other two don’t understand the draw. This makes the creative process somewhat cumbersome at points, but they find a way to make it work.

Their artistic sensibilities and what they naturally like, seem to somehow both differ and converge just enough in various ways that they creatively push each other (or is it pull?). Regardless of those differences, it is obvious they better one another in how they want to craft and hone their own sound. Johnson lovingly coined the term “Collage-Rock” which I find to be both a stimulating way to create music while being appropriate to the sounds and feelings evoked by the music of The Anapests.

Much of their songwriting is borne out of Johnson’s musings on various books/writings he encounters. Nevertheless, they find inspiration wherever it may come, as does any fine artistic soul. There are a trio of songs they’ve composed that were spurred by Salman Rushdie’s The Satanic Verses and another from Ulysses by James Joyce. Their songwriting inspiration can be likened to how timeless classics came to be like “MMMBop” by Hanson, only insofar as it couldn’t be any less connected than the east is from the west. No, The Anapests are creating songs that are something more of an intellectual enigma. I mean that in the best way possible.

While the lyrical themes can tend toward the brooding and weighty, the musical bent is absolutely flavored with an upbeat, driving pace, and lighthearted melodies. Indeed, a fresh and provocative musical juxtaposition.

One thing’s for certain, you’d be hard pressed to find a band with a higher average IQ per member than The Anapests. Being a nerd at heart myself, I have a real appreciation for intelligence. It doesn’t even matter what topic to which the knowledge relates, I just happen to really appreciate and enjoy being around smart people. These three are definitely a trio with plenty of brains.

In light of this, it was a real treat for me to get to spend some time in their native habitat: within the confines of Johnson’s home, in a roughly 10×12 room crammed with two drum kits, a handful of guitars, at least a dozen amplifiers, and 4 grown men. There was a palpable sense that this is a part of what’s so special about the connection that happens amongst musicians. In the 2 and a half years I’ve been writing this column, this was the most fun and fresh interview which I’ve conducted for a subject.

Hearing their freshly created songs, up close and personal as an audience of one, bantering about literature, and truly off the beaten path bands; that’s the good stuff.

To say I’m excited to hear more from The Anapests would be putting it mildly. All three of these talented men juggle demanding careers, and two of them are also husbands and fathers. Finding time to perform is challenging, and all the ups and downs presented by the pandemic of the last 15 months has definitely not made that easier.

Nevertheless, they press on, hungry for opportunities to perform their original songs amidst their busy lives. And I would be remiss if I didn’t strongly encourage you to catch a show when you can. Even more so, buy their record when they’re able to get it out to the world, which sounds as though it will be sooner than later.

The Anapests
Awkward indie collage rock for those who remember.
@theanapests