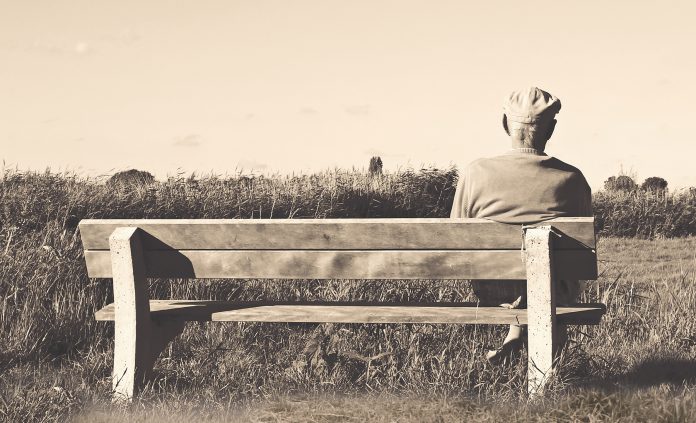 Close the gates.
No more California transplants!
Liberals from Austin are ruining us!
Nobody has the guts to make the
hard decisions!

How many times this week have you heard these pearls of wisdom around town? Yeah, probably about as many as I’ve heard them. I find most of it to just be hot air – someone that offers an opinion and little else – and they accomplish nothing.

So here’s what we’re going to do:

Your friendly crotchety Old Timer is going to give you his Top 5 Ways to Fix up Kendall County. Yeah, we won’t fix everything with my Top 5 list, but we’ll handle the top 5 stupidest things that chronically happen around here.

So let’s dive in.

Problem: Traffic
Solution: Time the flipping lights!
I’ve talked about this so many times and still nothing gets done. You still drive 46E and are hammered at Herff, Champion, Herff Ranch, and Esperanza before you are mercilessly freed of our snares. Ya know, traffic isn’t as bad as we make it around here – what we’ve done is take busy roads and thrown up lights every .25 mile, made sure we didn’t time them, and then we act confused why traffic sucks. I’ll tell you why it sucks: BECAUSE YOU ARE PURPOSEFULLY CAUSING THE GRIDLOCK BY BEING LAZY ASSES. Time the lights and watch traffic magically ease by 40%.

Problem: Masks
Solution: Freedom
This problem isn’t unique to our area, but it’s perhaps one of the most divisive issues in…well…a really long time. People are insane on both sides of the argument. Either you are going to kill grandma because you’re a selfish jerk, or you are a flag waving red-hat-wearing extremist that sees the mask the same as slave ships. The simplest solution is just to drop them. You do YOU. I’ll do me. If I’m scared of getting sick, I should stay home because it’s not YOUR job to worry about my health. If you’re not worried and are ready to get back to your life, do so with all the freedoms the government temporarily took from you. Problem solved. Do NOT email about this – you won’t change my mind. Promise.

Problem: Construction
Solution: Public meetings
Let me tell you what I see happening on 1376 and at the HEB bridge and a few other spots of construction. Here’s the go to excuses our city leaders can spout off: “Oh, that’s a County problem.” “Oh, TxDot is handling it.” “Oh, I’ve called a couple of times but am not getting a clear answer.” “Oh, budget problems.” And on and on.
As your Emperor, I’d call monthly status updates open to the public and live streamed. I’d want all the TxDot officials, the project managers for the construction itself, all the way down to the guy waving the caution flag. We’d get to ask the hard hitting questions like “The hell is going on with 1376?! It’s a disaster!” and we’d all listen to some sort of stupid answer. Regardless, we could follow up with “That’s cute. And by next month’s meeting you’ll be done with XY and Z?” and then we could hold them accountable. There are smart people involved in these discussions, despite the erratic productivity. It’s time to force them to engage.

I was so disheartened to hear of the recent apartment deal that got approved and ultimately robbed the ISD of some $500k in revenues. WHY? We live in one of the fastest growing cities in the nation – why are we possibly cutting sweetheart deals with developers? Tell ‘em to pound sand. They don’t like it? The developer behind them will take the deal because they’ll know that the deals aren’t getting cut anymore.
We’ve done this forever, culminating with $chultz’s spree of rubber stamping every damn development proposal that ran across his desk. And because I’m in a mood, and this has nothing to do with tax breaks…how are you liking your Taj-Mah-City-Hall? $22m of gratuitous government spending. Spending that the citizens petitioned to stop, and yet $chultz found financing via a mechanism designed for emergency situations. Man, that whole deal still irks me. Yep, still shake my fist at it every single time I drive by it.
Just stop. This is all ridiculous. Our location is clearly popular and money is pouring in. When demand is high, you don’t sweeten the deal for anyone. This is Economics 101.

Problem: Water
Solution: Construction moratorium
This one is sorta drastic, but we sorta have a major water issue looming that few are talking about. A few years ago a suburb of El Paso was blowing up with growth and the City Council voted for a moratorium on all construction. No new permits. It all stopped until the City felt like they had their arms around the situation, planned for future growth, and created the infrastructure necessary to handle the growth. Why can’t we do that here? Oh, we can. But those permits and new taxes are really really hard to refuse. So we haven’t. I’d slap a moratorium down on City Council’s desk and demand no new construction for 6 months. We can do without a new strip center for 6 whole months.

There ya have it. Sometimes I think that we over-complicate some of the issues that we all try to navigate and create problems for ourselves. I’m sure that some city leader reading this will say “Oh that’s cute Old Timer. But this law and that law and this ordinance and that one make it so that things aren’t as simple as you’d say.”

They’d probably be right. But that’s why I’m not in government. I can’t tolerate stupidity.