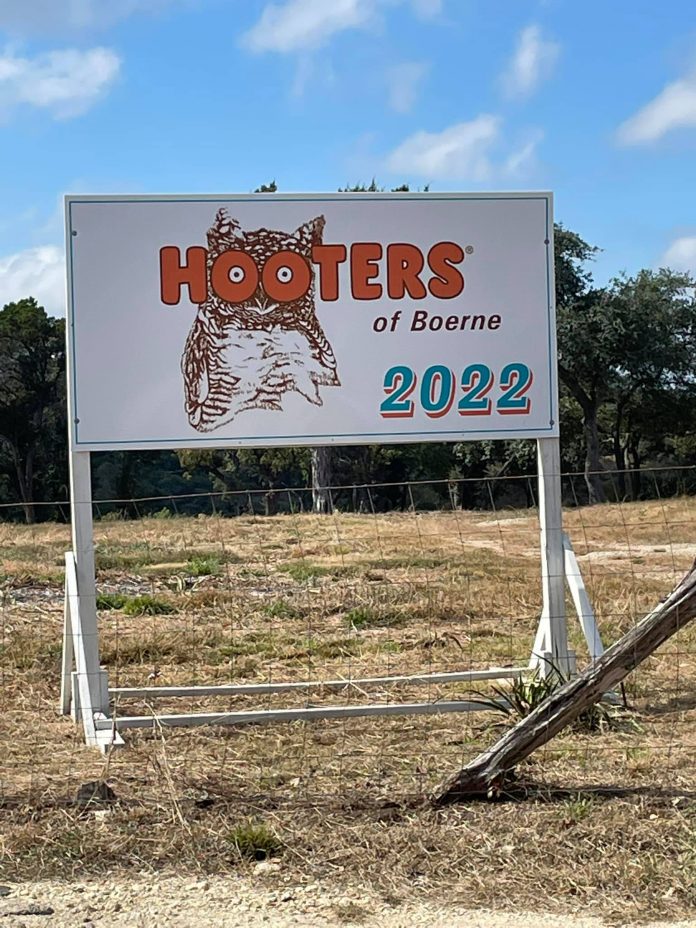 THERE’S NO GOING BACK!

Somebody put up a “COMING SOON – HOOTERS!” sign over by, appropriately, the First Baptist Church, which absolutely gave this old timer a good chuckle. I don’t think HOOTERS is actually coming to town, but the pearl-clutching that is surely happening in the Ladies’ Bible Study at the church today was enough to make me snort a laugh throughout the day. People can be funny sometimes, and I trust that the sign was a joke. After all, nobody can find any workers in town, so the odds of Hooters not only finding workers, but finding really pretty young women workers seems nil to me. So I think I’ll scratch this one up to some fun shenanigans. However, what IS happening is a massive new hospital complex from Methodist Hospital. It’s going in across the street from Whataburger at 46/10. It’s supposed to be a full service hospital with surgery centers and imagining and whatever in the hell hospitals have beyond that. 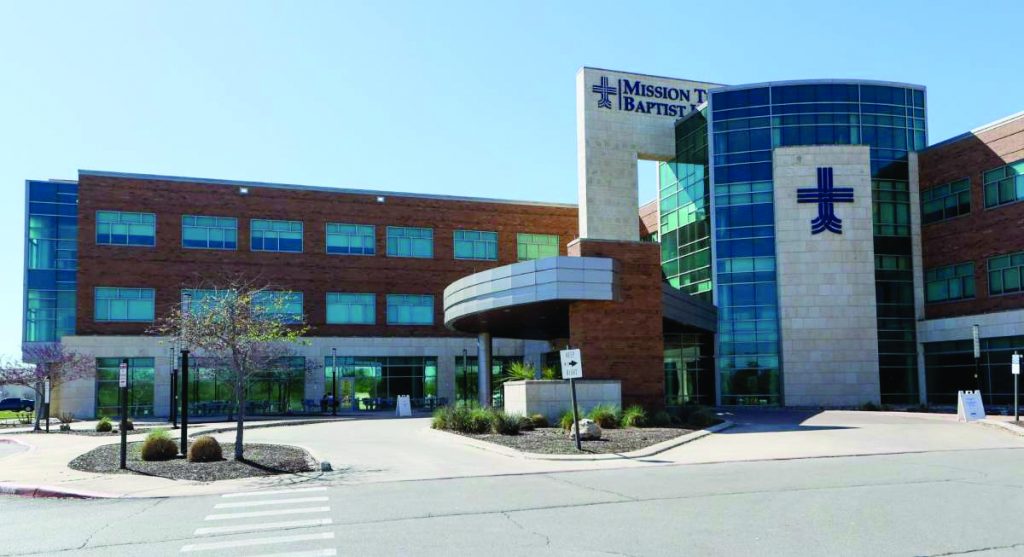 I guess I should be excited as this old codger might not have to drive to the Medical Center in San Antonio any more for my check-ups, but I guess I’m just sort of numb to it all at this point. City and EDC leaders are already high-fiving and salivating at the increased tax revenue that’s on its way, just as you’d expect.
I don’t suppose any of it surprises me any more.

“Hey look! Some dirt! Let’s build something on it!” which I suppose every city leader and real estate developer has done since the dawn of time, and I certainly can’t fault them for filling a need and making a crapload of money in the process. Good on ya.

I suppose what chaps my ass is that a certain segment of our local population is cheering and applauding this new massive hospital system in town, citing “Now we don’t have to go to San Antonio anymore!” and they’re right about that. You won’t have to go to the big city anymore. You’ll be able to drive 10 minutes over “the bridge of death” and be right there for your procedure or appointment. Cool, huh?

My dad moved way the hell out into the middle of nowhere when he was my age perhaps. Mom had died years before, he bought a small cabin way up in the Big Country area of Texas, he had a little stock pond, miles of fencing, and sort of fretted around the property fixing this and that and just living life on his terms. His health wasn’t perfect, and it was almost a 2 hour one-way drive to get to his doctors. Pain in the ass? You betcha.
However, if I had said “Hey Dad, they’re going to build a $50m hospital system right here at the end of your road! Isn’t that great?” he would have stroked out on the spot. Why? Because he didn’t move to where he lived for CONVENIENCE, he moved there for what he found there: serenity. Quiet. Peace. A slow pace of life. Bringing a bustling hospital system and dropping it in as his new neighbor would absolutely make his health appointments substantially more convenient, but he would lose the very thing he actually wanted: QUIET.
Folks are moving to Boerne by the droves. There’s no sense in trying to stop that growth because, let’s be honest, nothing is going to stop it nor control it. Our City leaders are certainly not going to stop nor control it. Real estate agents are making money hand over fist. Developers are identifying needs of the growing populace and filling those needs as fast as they can. It’s capitalism 101.

I have a buddy who has a small parcel of land out on 46E on a few acres. He’s been there forever it seems. He had a new neighbor move in recently. They bought the acreage next door, remodeled the humble house on the property, and turned it into a real McMansion. They moved up out of San Antonio, of course. They wanted a quieter place to raise their families as they didn’t feel as safe in the big city. So they moved in and lit that damn house up like a Christmas tree with its variety of security lights, landscape lighting, and countless security cameras. My friend grumbles as it has impacted his ability to see the night sky from all the lighting. 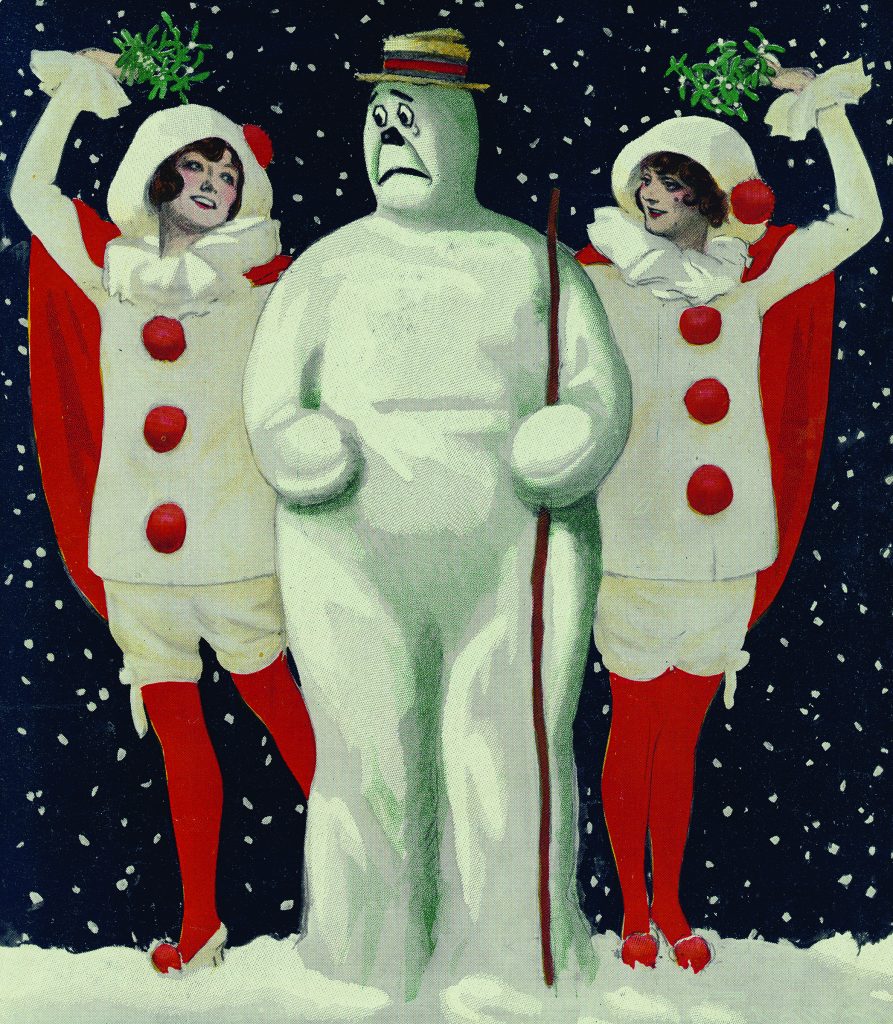 In this situation, the new family wanted to move “to the country” so that they feel safer and enjoy the beauty of nature. So what did they do? They dragged all of their big city lighting, security and whatnot and essentially brought the big city to the “country”.
That’s what we do with things like $50m medical campuses here in town. Having this in town will be convenient and will generate a whole bunch of money for the City. Yeehaw. You are now saved that 20 minute drive down 10 to the Medical Center. That’s all well and good.

What we’ve also done is what we’ve been doing for 20 years: incrementally bringing the Big City with us to our Little City…and then bitching about growth. We “need” a movie theatre? Well, there were several within 20 minutes of town, but yup, we got us a movie theatre now. Strip centers full of franchise shit? Yeah, those were all over the Big City and was a bit of a fun of a trip “to town”…you got to hit a Subway or a Bush’s Chicken….because your little town didn’t have those big city luxuries. Yet, now we have every franchise conceivable in town. Yippee.

Sick of driving to the Medical Center for your medical appointments? Well, you complained enough cause here comes Methodist Hospital to remedy your problem – and now you’ll have a sprawling $50m medical campus right on one of our most congested intersections in town. Woohoo!

I get the desire for conveniences. Trust me, I do. There’s plenty of excursions I wish I didn’t have to do and wish that “one of those” was right here in town. But at the same time, I’m thankful that they’re not here in town. Otherwise, in my pursuit to move to a small town with a slower pace of life would be erased as I dragged my big city conveniences with me to my small town, and turned it right back into what I escaped.
What’s done is done, frankly. I’m sure we all agree that there’s no going back at this point for Kendall County. Hell, “The Loop” is even back in the news as it’s a foregone conclusion that we need a 26 mile loop around our small town…because traffic is inconvenient.
It never ends.

So that I don’t conclude too negatively, I’ll wish you all the most Merry Christmas. May you enjoy your families, belly laugh, and enjoy this “little town” for as long as it lasts.