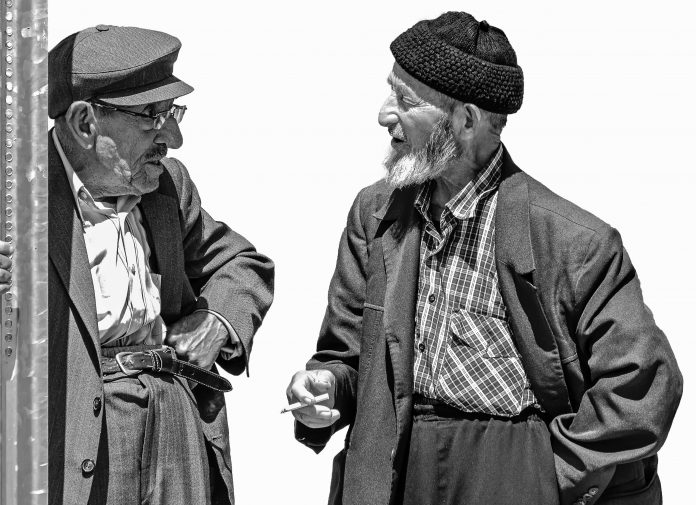 No single word will split this community faster than the word GROWTH.  We have one faction, that will spit insults at anyone that uses terms like “responsible growth” or “controlled growth”, because, well, the word GROWTH is in there, and it will eternally piss them off.  They want no new growth; they want little quaint streets with kids selling lemonades while Dad works his donkey-led plow on the back 40.  You know, like how it’s ALWAYS been.  On the other side, we have some sly dogs that are quietly campaigning for buzzwords like “responsible growth” and “affordable housing.”  I’m fairly confident that every single one of them that uses these words are in the game for some amount of profit.  No, that doesn’t mean they are land developers or realtors per se, but odds are, they own local businesses that would benefit tremendously from the new faces. They are cool with vistas of rooftops as far as the eyes can see, and so long as government is in control of the growth, they shrug their shoulders and say “What are ya gonna do?”

Ok, now that we’ve covered that, I’m about to let you in on who is actually guilty for the curse known as GROWTH: the answer is that we all are guilty.

That’s right, Mr. “Over my Dead Body Will Another Business Move to Town”.  You’re guilty, too.  And you too, Mr. “Hey, It’s Cool Cause I Sell Hamburgers And Could Use Some More Business”.  We’re all guilty.  Don’t believe me?  Let me let you in on a little secret: Boerne is popular because of the town that has been created.  On its good side, we are a town with a charming Main Street district, low crime, and not a lot of the big city inconveniences.  These are the things that Mr. “Hey, Let’s Move Out of this Dump Known as San Antonio” thinks about when he thinks of Boerne.  He’s sick of sitting in bumper to bumper traffic next to a car with bass so loud that it’s shaking his mirrors, and he wants to get his family to somewhere appropriate to raise his family.  So he looks at Boerne.

And what does he see?  He sees a brand new library.  We built a library so that we could handle the “future growth” of our area and to provide a great resource to the citizens.  And you know what?  We did a good job.  We built a HUGE library that is amazing.  One that is well larger than we actually needed, but hey, people are moving here, so we better accommodate ‘em, right? Then he sees a newly revamped River Trail area.  The old river trail was little more than a park with some beat up picnic tables, but the City spent a truckload of cash to spruce it up, and the visitors exclaim, “Isn’t it beautiful here?!!”  (Except for that RIDICULOUS duck statue).  The visitor sees land values that are insanely high, and thinks, “Wow, the land is so beautiful!” and we all agree that it is.  But because the City has valued land at such crazy high values, Grandma sells her 500 acres to CENTEX Homes because she can’t afford the tax values.  Then he sees a sea of “affordable housing” because the geniuses at the Economic Development Corporation have been pushing for that kind of housing for years.

He sees a Main Street District that is full of retail that is jam packed on Saturday afternoons when he visits, and he thinks “What a charming little area!”  However, if you look at that same area on a Wednesday afternoon, the shop keepers are standing on their front stoops, having a smoke because the locals don’t shop on Main Street (for the most part).  He also sees a crap load of parks and trails and playgrounds, and blah, blah, blah.

You see – we have actually done a pretty good job of sprucing up Boerne from the sleepy little town it WAS, and turned it into the neat little town it is now.  Those people involved with the Library screamed “Oh my goodness, we MUST have a new library!” and sure enough, they got one.  And those at the Parks and Rec department campaigned for new trails and parks, and they got those, too.  Every one with a vested interest in the latest improvement got what they wanted thanks to Grandma’s stupid-high tax values.  Heck, we just approved (overwhelmingly) a total of over $60 MILLION dollars worth of new stuff via bonds. Skate park wasn’t good enough. Gotta have a splash pad. Let’s put sidewalks EVERYWHERE.

And now here we sit, scratching our heads as to why so many people keep moving here, and essentially transforming the “neat little town” into the “ho-hum suburb”.  So from my chair, we’re all to blame.  We wanted improvements, and we got them.  And we created a town that Mr. “Visitor from Another Town” looked at and thought “Let’s move HERE!”

So the next time you sit in traffic on Main Street, or grumble when you see a new franchise business coming to the area, just remember that we all share the blame.  There is no real solution to the problem, other than to bus in criminals, vandals, and all the riff-raff we can find in order to lower our property values, increase our crime rates, and destroy the pretty things around town.  Sound like a good idea?  Nah, I didn’t think so.

So buck up fellow old timers.  It was a good run, but the writing is on the wall.  More people are coming, and we might as well welcome them to town and give them the lay of the land.  Either that, or we install gun turrets out on I-10 and refuse entry to EVERYONE.  I’m good with either idea.

One last thing I’d like to say to the new residents:  Just recognize that while you were picking out your new lot at Herff Ranch, and while you were telling all of your friends how you live out in the “country” now, there’s a lot of history to this town.  History that you don’t know the first thing about.  Yes, I’m old and cranky and hate change, but I won’t fault you for moving here.  I’d move here, too.  I loathe that black hole known as San Antonio worse than perhaps anyone in the county, so if I had to choose, I’d make a bee-line for Boerne also.  That being said, recognize that you’re not in SA anymore.  You’re in a small town in the Texas Hill Country.  Act like it.  Shop here.  Get involved. Learn about your community. Meet your neighbors.  If all you’re going to do is commute to and from the Black Hole every day and never be involved in your community, then you my friend, are the true disease that has affected my town.

Oh, and welcome to Boerne.