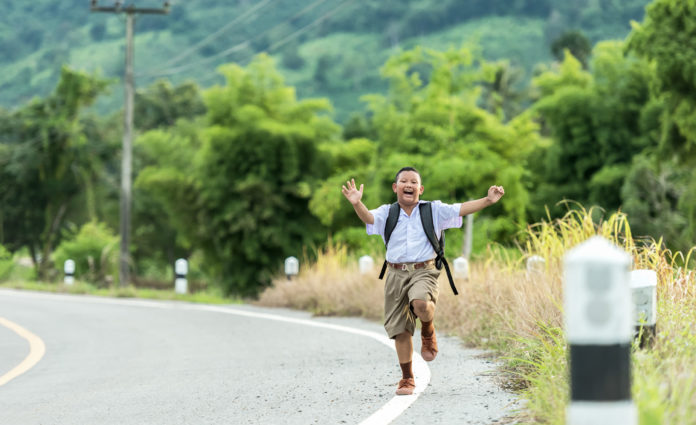 WWell, I’m back and I’m confused. Like always. Let’s dive into the idiotic ramblings of one Old Timer as he surveys his world and questions all the things that make him question everything. 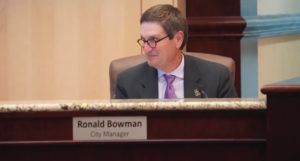 THINGS I UNDERSTAND: RON BOWMAN’S RETIREMENT.
I won’t speak ill of him, though I’m sure I’ve been a thorn in his side for many many years. He clearly loves Boerne to spend his entire career here, and right or wrong, he helped Boerne navigate some insane growth these past couple of decades. I can at least tip my hat to him and thank him for his years of service, and wish him well in his future retirement. It was time for some fresh blood in that office, and I am glad to know that our current Mayor hired the new guy – I shudder to think who $chultz would have hired. 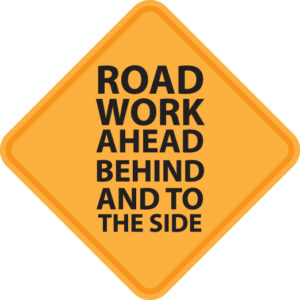 THINGS I DON’T UNDERSTAND: THIS STUPID BLANCO RD SUGGESTION
If you haven’t seen it, City Council is considering taking 4 lane Blanco Road down to one lane each direction, putting in a center turn lane…and using the left over space for stupid bike lanes. Sigh. Blanco is one of the ONLY roads in this damn town that doesn’t lock up, so obviously the solution is to cut its capacity in HALF so that we can make room for the 4 bikers that road would get a day. There’s supposed to be a bunch of community input, so naturally the “Committee” responsible for the decision has already gone online to argue with everyone about how the proposal is smart, meaning their minds are made up. Prepare for gridlock while all 4 bikers high-five.

THINGS I DON’T UNDERSTAND: PEOPLE “SNITCHING” ON LOCAL BUSINESSES
I’m friends with several local business owners. They own bars and restaurants and other things. Every single one of them have had the cops called out because someone driving by became terrified by the number of people inside their establishments or outside and reported them to the authorities. What the hell is wrong with you people? If you are scared and want to stay home, do it. Let the rest of us do whatever the hell we want. This is America, for cripes sake. This is beyond embarrassing – keep your fear to yourself, isolate if you want, and let these small business owners do what they need to do to survive. Knock it off. 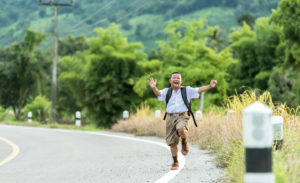 THINGS I UNDERSTAND: KIDS THAT CAN’T WAIT FOR SCHOOL
For the first time since probably the inception of organized school, I bet kids are itching to get back to the classroom. I have some grandkids that won’t admit it, but they’re bored as hell. Limited social time, next to zero physical activity, and there’s only so many Youtube videos a kid can watch and not start drooling. And don’t even get me started on Fortnite. That damn game just about gives me a seizure. I remain hopeful that school starts as planned and these youngsters are left with just a weird story to tell their own grandkids someday. Anything less than a normal return to school will be doing them a tremendous disservice.

THINGS I DON’T UNDERSTAND: SOCIAL DISTANCING
I’m not going to debate with you the severity (or lack of it) as it relates to COVID, but this whole concept of “Let’s stand 6’ feet apart because that will save us” is just plain silly. I saw that the Movie In the Park that’s coming up (good) had a huge paragraph about the importance of distancing (stupid). Why? Because when I leave the Movie in the Park, I’ll run by HEB and rub elbows with countless people, same as I’ve been doing since all of this started. Just stop it already. Tell people to “be careful” and be done with it. This CYA disclaimers are redundant and ineffective and frankly, insulting. 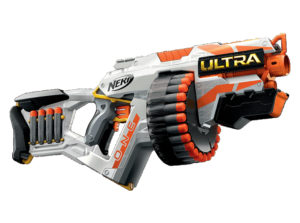 THINGS I UNDERSTAND: THE LACK OF FIREARMS FOR SALE
I wanted a smallish 9mm the other day. I went looking. Good luck. They’re all gone, except for extremely high-end niche firearms. People have bought damn near every gun manufactured in this great country, and for good reason. Have you turned on the TV lately? I haven’t. Though I hear some people have lost their minds – and having a gun is a necessity right now. Things will not end well, but they will end. Let’s just hope it ends peacefully.

THINGS I DON’T UNDERSTAND: WHY WE CONTINUE TO LET OUR BOERNE LAKE BE DESTROYED
For a brief moment, City leaders restricted the Lake to only county residents. I was curious even how they could do this as it just seems discriminatory to me, though I applauded the decision. “You live in the wrong town so you can’t come in?” Hey, whatever. But it was glorious – the place wasn’t overwhelmed, trash wasn’t everywhere, and it was actually a fun place to spend an afternoon. Then we re-opened the gates, the masses from South of us invaded again, and it’s horrible. Trash everywhere. Music blaring. Huge groups of people making a mess of things. If the original rules of making it “citizens only” was legit, can we go back to that please?  These people aren’t bringing local tourism dollars to town from other areas – let’s just lock it back up and save it for as long as we can. Please? And on that note, if we can lock up the lake, can we please lock up all the river access points for the Guadalupe? Jeez – those areas are out of control.

THINGS I UNDERSTAND: PEOPLE BEING REALLY SICK AND TIRED OF THIS YEAR.
2020 has sucked. There’s no other way to put it. We enjoyed a pretty tame beginning of the year, but by mid-March, the world was on fire. And God bless if it hasn’t been on fire ever since. I’m over it, and I’m sure that you are as well. There’s this weird “fatigue” that has overrun the area, the State and the country as a whole, and I know we’re all ready to put it behind us. I read a headline the other day that asked “Is this the lowest morale the country has ever seen?” and I have to wonder if that’s true. I suppose things were horribly worse during the Civil War, but in virtually all “battles” since, we had media and communications that at least helped us all share a collective mission or goal. We fought for the same triumph. Not so this year, or at least it seems. Things are fragmented and tired and full of conspiracies and political…and there seems to be no agreed narrative or unified goal to life. It’s sad, honestly. I have no wise sage words of wisdom to add to the conversation, other than to say that the shared goal is the missing component. Our current state of affairs has pit one another against one another – (Mask? You freaking kidding me? Yes! Wear a mask!) and should we open? Or should we lockdown the world? And is Trump trying to kill us? Or is Biden? Or is ANTIFA? Or is BLM? Frankly, what I want to know is…who is exactly trying to kill us? Whatever. I told my grandkids once that the “war on terrorism” was the 1st war in history where you couldn’t identify the bad guys. Nobody wore uniforms. Sadly, this is the same war. And this one is even worse – as not only can you not identify the bad guys, you can’t even see them. And apparently, they’re not even “people”…they’re microbes. Which is even crazier – to think that our country fell apart due to an enemy that no one ever laid eyes upon.