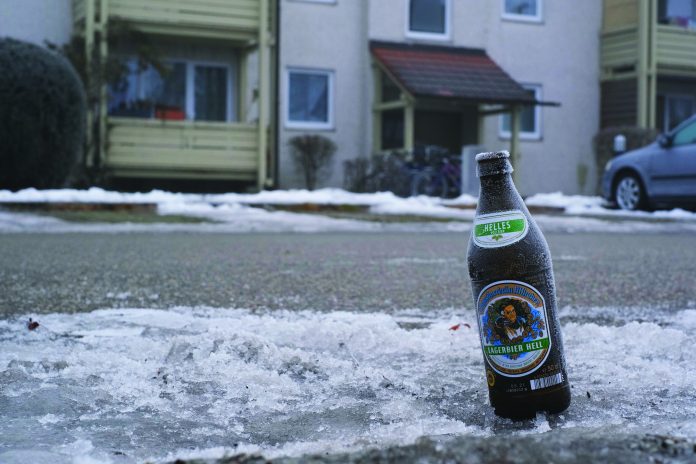 S Snowpocalypse 2021.
Snowvid ’21.
Snowtopia.
Blizzard Bash.
Whatever you want to call it, that was pretty wild, wasn’t it?
Yours truly spent his week hunched around the fire, blankets adorning him, and a Lagerbier Helles Pilsner. I survived, obviously.

As I tend to be a cranky old fart, it was easy for me to work myself up pretty well into a fit of rage at the entire stupidity of the whole situation. Those Yankees laughed at us, same as we do when they all melt when temps hit the ‘80s, but this stupid event wasn’t exactly fighting fair. I’m sure that we’d agree that we would have weathered the storm fairly easily from the confines of our warm homes. However, let’s cut their power and drop their homes to the 40s. Then let’s make the roads undriveable! I know – then let’s cut their damn water! HAHA! Funny, huh? 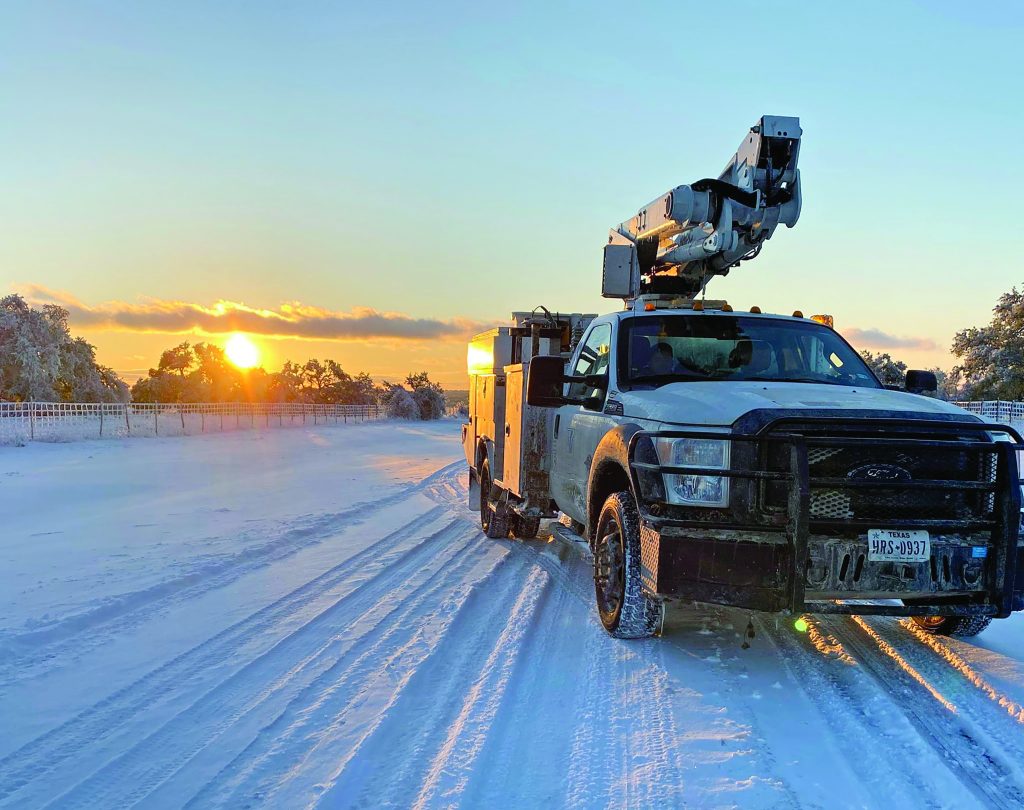 Whatever – we survived. We’re cranky, but we’re all still here so that’s good. And being Texans, we did it with grace and integrity and without looting or violence or any other stupid thing that our brethren to the North, East, and West are known for. We endured and emerged loving our fellow Texans a bit more. And for that I’m proud.

HOWEVER…I still have a few bones to pick here at the local level.

First of all, and this one made me straight up laugh out loud. As the storm ended on Thursday, the City began freaking out as things thawed and pipes began to flow again. “Critical level. Urgent conservation needed! Don’t waste water!” were the calls from City Hall, posted on every platform possible. I get that water conservation is a smart topic at all times, but it’s pretty rich when the City is admonishing its residents about water conversation, when the City itself absolutely whores the landscape out to developers every damn week, who proceed to plug their straws into our water and drain it. The residents have eternally complained and begged our Council to PLEASE slow the development, but nope, to date it hasn’t happened. So when we complain to THEM, its crickets. When they whine to us, it’s “do it or else”. Optics are a real thing in situations like this (ask Ted Cruz – he took off to Cancun) and the City should remember. NEVER lecture us about conservation when you’re handshaking those that are doing the opposite of conservation. 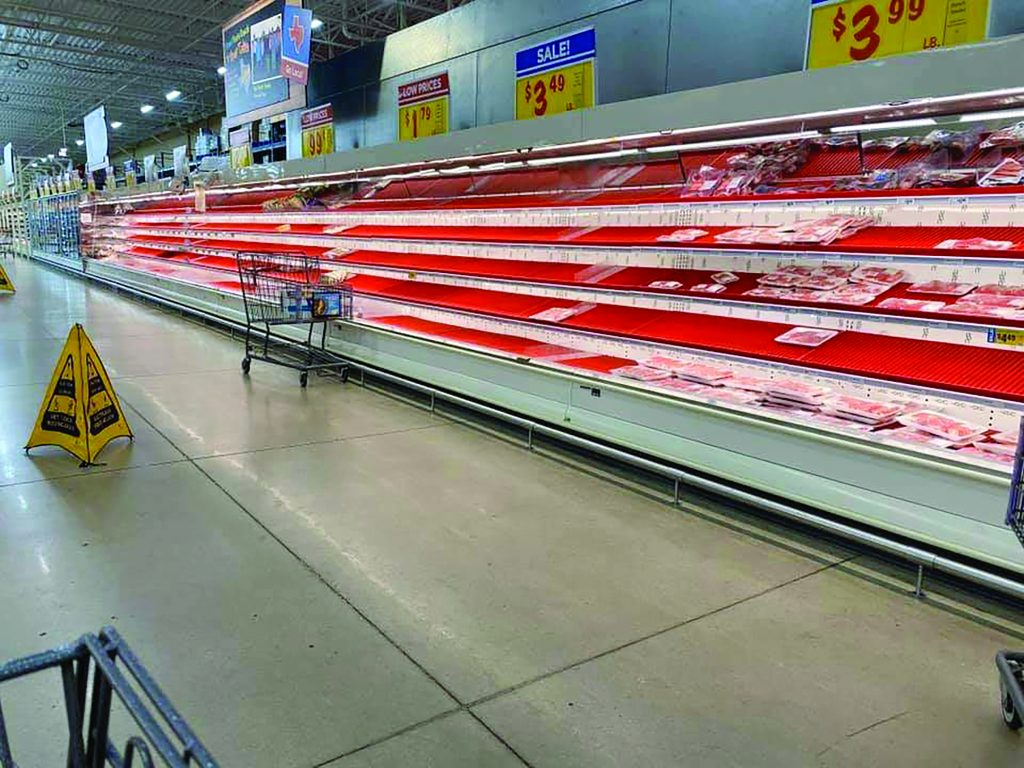 “Stay home and save lives!” – this whole slogan needs to be set on fire. We’ve only been hearing it for a year now. Yes, staying home will save lives I suppose as we all avoid any form of contact and live out our days hiding under our couches. Not much “life”, if you ask me. I drove by HEB the other day and kind of snorted as I could see that the whole store was busting at the seams, being run basically by a bunch of 17 year old kids. “YOU stay home – but send that teenager to work so that I can get my allotment of Froot Loops and a 12 pack!” I mean, it’s just silly. Instead of yelling at your neighbors to stay home, why don’t we start working on the concept that we are all grown-ups, and begin making decisions that make the most sense for our families? Yes, this applies broadly across our entire current landscape – PERSONAL RESPONSIBILITY. Crazy, huh?

I’m not real big on the whole “Texas is God’s country” nonsense that comes with our collective state pride only because I know first-hand that Texas is just as corrupt as every other damn state out there. From the school board to the Council to the Governor…there’s been some shady shit going down…same as every state. That said, I must say that collectively we rocked that snowpocalypse. Neighbors helped neighbors. People shared firewood and food. Friends drove one another for necessities with the proper vehicles. Fun videos were posted of people warming up in their cars. It was just a “thing” that we all endured, and we did it overwhelmingly with class and integrity. I so loved seeing people check in on their friends and neighbors, offer assistance, and just generally try to keep spirits up. For this reason alone, Texans kick ass. For the most part, the morals of our state are superior, and I love to see them on display in times of need.

Lastly, ERCOT. What the hell? “Electric RELIABILITY Council of Texas”. Hate to break it to you guys, but you just absolutely failed with every metric imaginable. I hope that the citizens tear the organization apart at the seams and obliterate. Frankly, you have blood on your hands. You can throw any excuse you want at us about “unprecedented weather event”…but honestly, it wasn’t something that should knock out power to millions in 2021. You are all that is wrong with “government” – bunch of rich guys, patting one another on the back, collecting enormous salaries…while failing to provide the service that is literally in the name of your little club. Pathetic. I don’t think Abbott will do much other than pontificate and rage about it (cause you know he’s buddies with these guys) …but I sure hope the citizens don’t forget. Try pushing more of that green energy around here anytime soon – it won’t be a friendly conversation.

I’m glad you all made it through with only a few bumps and bruises. I know your electric bill will probably be $2,000 this month, but you’ve got a great story to tell. Kudos to the electric workers out there doing their best in a tough situation. And to our plumbers who are now repairing approximately 25,000 busted pipes. But they’re going to pay for dinner next week, because they’ll also be multi-millionaires.