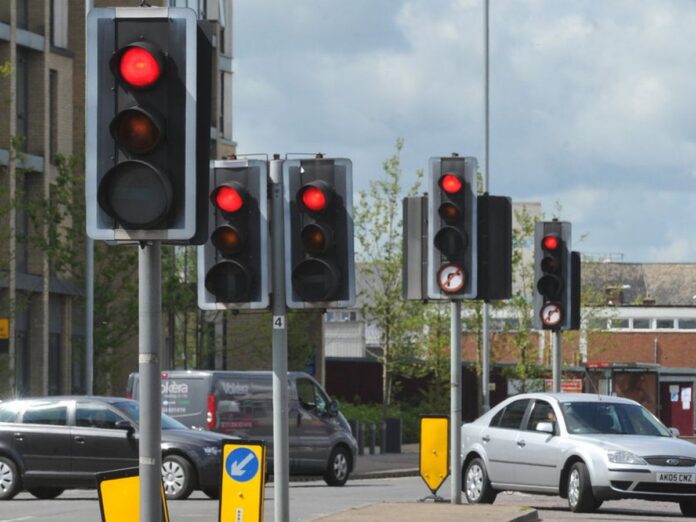 Trusty Jack Daniels is here with me right now, the evening feels nice outside on the front porch, and punk high school kids keep driving through my neighborhood too fast. I was just reading online about the latest Shoreline update…and you mix all that together… you get a cranky old man.

Our fair city continues to feast upon the dollars from rich out of towners that have come to transform the landscape of our town, our traffic continues to become more and more miserable, and unfortunately, I don’t see an end in sight. Ever, honestly.

But with that in mind, I think I could fix a few things around here. And it wouldn’t even be that hard, honestly. Nobody will take any of my suggestions seriously (they never do), but let’s take a crack at “Old Timer’s List of How-To Fix Btown in One Month!” 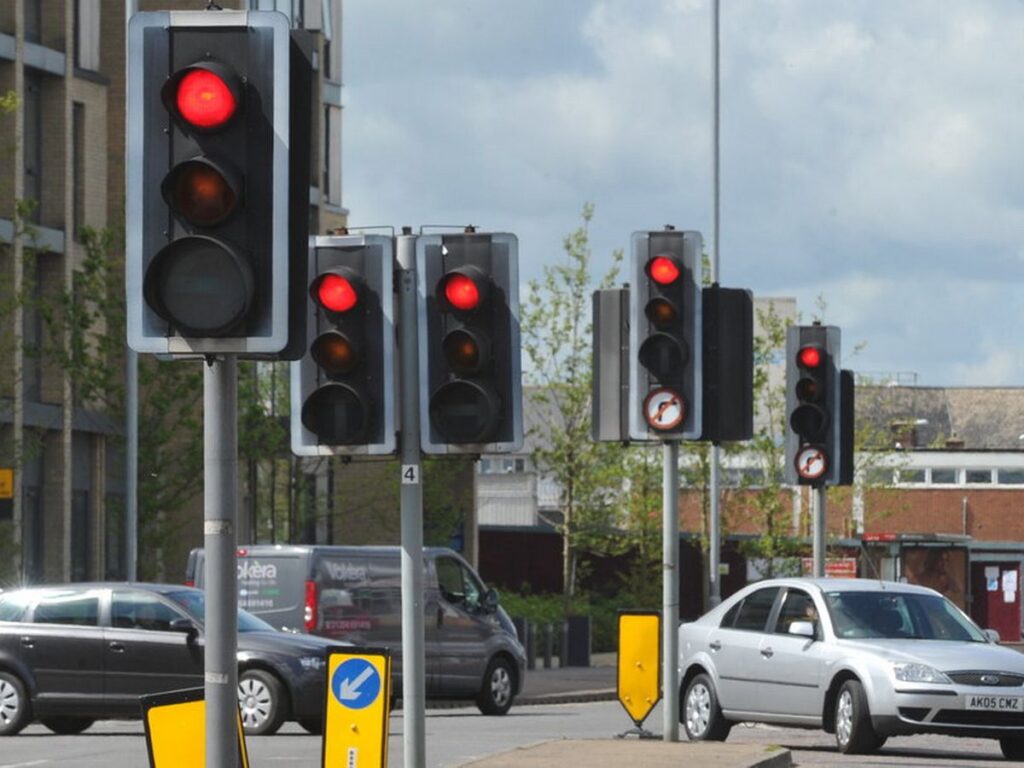 TIME THE TRAFFIC LIGHTS
I have mentioned this a ridiculous number of times, yet I swear that in response, TxDot comes to town and screws up the lights even worse. Why in the holy hell is it so hard to time the lights around here for efficiency? I’ve offered to do it myself. I’ve bugged the Mayor about it. I’ve called TxDot myself. Everyone chuckles and acts like they want to pet me on the head like a cute dog. There is absolutely no reason to head east on 46 and hit the Esser light, the Champion light, the Herff light, and then the Esperanza light. NONE. Why is the entire road a parking lot? BECAUSE YOU CANT DRIVE 500 YARDS WITHOUT HITTING THE NEXT LIGHT! Time them appropriately and – bam – you just fixed the gridlock. And this is but one area that needs attention. Why is this so hard?

THE 46 BRIDGE
TxDot and I are going to have a meeting. That damn bridge is about to fall over. Seriously. I know I’m not the only one that has gotten stuck on that bridge and has felt the entire damn thing wobble under you. It’s pretty nerve-wracking. TxDot came out a few years ago, tore the entire intersection all to hell, and then went on a lunch break only to never to return. The fill dirt mountains there have sat so long untouched that they are almost entirely overgrown with weeds. No tractors. No workers. NOTHING is happening. So of course traffic backs up all over the damn place all day every day, but nothing is getting done. Why? Get started fixing the bridge, or put it back the way it was and leave the City alone. This is one of those deals I’m always confused that our local Boerne Star doesn’t cover. Why? What an easy thing to spotlight and enact change. Instead – everybody just gets use to the circus and life carries on.

SHORELINE
If you don’t know what Shoreline is, that’s the amazingly beautiful community that KB Homes is going to park on the banks of our drinking water. Cool, huh? The City, as it does most of the time, has thrown its hands in the air and said “Well golly gee – not much we can do to stop it!” The truth is that there really isn’t much they can do according to Texas laws, but if they’d ask my opinion (they won’t), I‘d just deny everything that KB asks for. KB’s answer would be “Then we’ll sue you” and I’d stare them down and say “Then do it.” NOBODY wants this stupid project to go forward. Nobody. But instead of saying “We’re powerless” the City should just tell KB to kick rocks. Tie them up in court. Drag it out. Make it miserable for KB. We have a City attorney so there are no legal costs to us. Appeal it. Paper them to death. At LEAST you’d be showing KB (and any other developer) that 1. The City hates this project and 2. We won’t get pushed around. Yeah, we’d ultimately lose and KB would move forward…in several years…and they’d be pretty damn sick of us by then. And I promise you that the developer that’s next up asking for variances would be biting their nails and thinking “Oh man – I hope I don’t piss the City off”. THAT is what you want developers thinking.

COVID
I’ve thought this would be a fun social experiment from the start: What if we chose to be optimistic – even if it’s just at our county level? What if our Mayor put out videos saying “Ya know, things are great here! 99.9% of us are COVID free, we have zero hospitalizations, and we’re doing amazing! Wear a mask if you want, and don’t if you’d rather not! Free choice!” I wonder how our collective psyche would be right now. Instead of blabbing on about NYC, what if we put up a billboard that says “You’re doing great Kendall County! Enjoy your life! It’s YOUR choice!” I know it all sounds simplistic, but there’s a choice to be made here: focus on the .09% of folks that get sick, or celebrate the 99.9% that don’t. I know the media loves to scare you, but what if we pushed back with a deliberate message of hope and optimism? Just a thought. 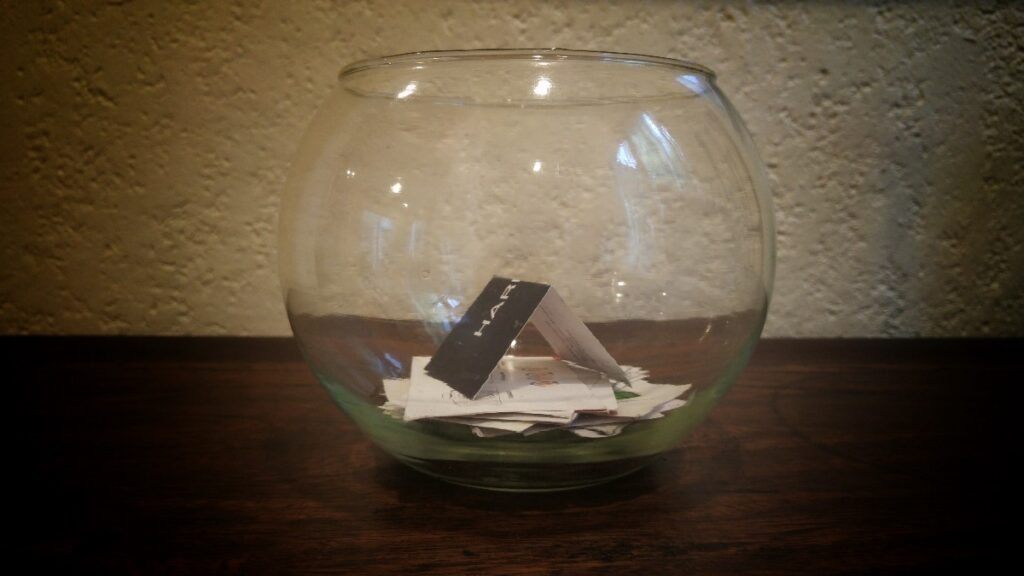 BUSINESS OF THE MONTH
I’ve long felt the City doesn’t do enough to actually promote our local businesses. I know they’re focused on “City stuff”, but I think they miss some great opportunities. Here’s one: get every business to drop off a business card into a big tub at City Hall. Just one card per business. Once a month, have the Mayor go to this giant tub and pull out one card. That’s our winner for the month. The City will then stuff utility bill letters with a “coupon” or special offer for this business. The business must provide the City with the small postcard that will fit in the envelope and is getting free postage to every utility customer in the area in an envelope that will be opened 100% of the time. Cost to City? $0. Benefit to business? HUGE. Goodwill created? MUCH. Simple, effective, zero cost, and far-reaching benefits.

My list is certainly not comprehensive, but it’s the best this old brain can kick out on my 3rd whiskey on a Tuesday evening. Life is as hard as we make it sometimes, and when it comes to things that go on around Boerne, I think that we overcomplicate the hell out of things…and it’s almost as if we enjoy doing it. This has been a shitty year, but opportunities still abound. Pressure your local representatives – they’re great people (for the most part) yet sometimes need a swift kick in the ass. I provide my own version of that kick every 30 days via this silly column, but I’d challenge you to email/call/bother them frequently – a quiet population is a submissive one. Make some noise folks. We deserve better – and we all know TxDot isn’t going to fix itself. Ya’ll be good.
OT