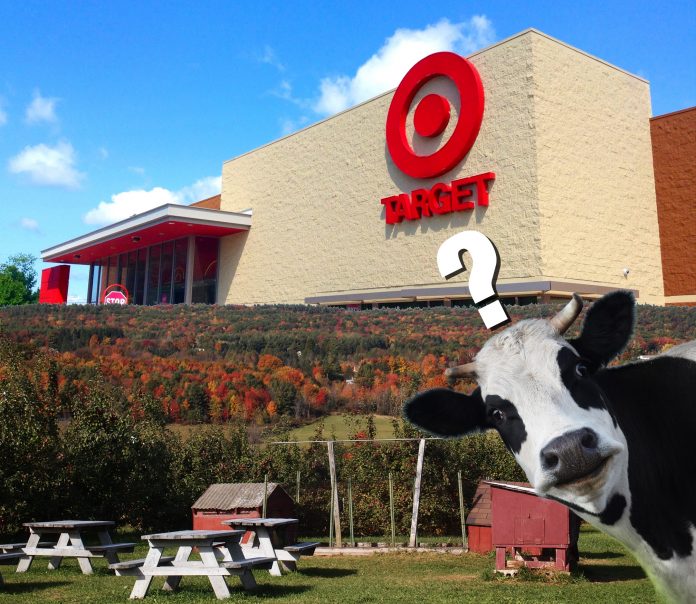 NEWS FLASH:
Vermont is going to get a TARGET store.

Big deal, right? Well, it’s probably not a big deal to those of us here in Boerne, but there’s interesting facts behind the story of TARGET finally moving into Vermont. Most glaring is that Vermont has been the last state in the country without a TARGET, and the reason that they don’t have one is because Vermont has continually said “No” to TARGET each time they tried to move in. They had a K-Mart (remember those?) and so Vermont told TARGET to pound sand and find somewhere else to build. 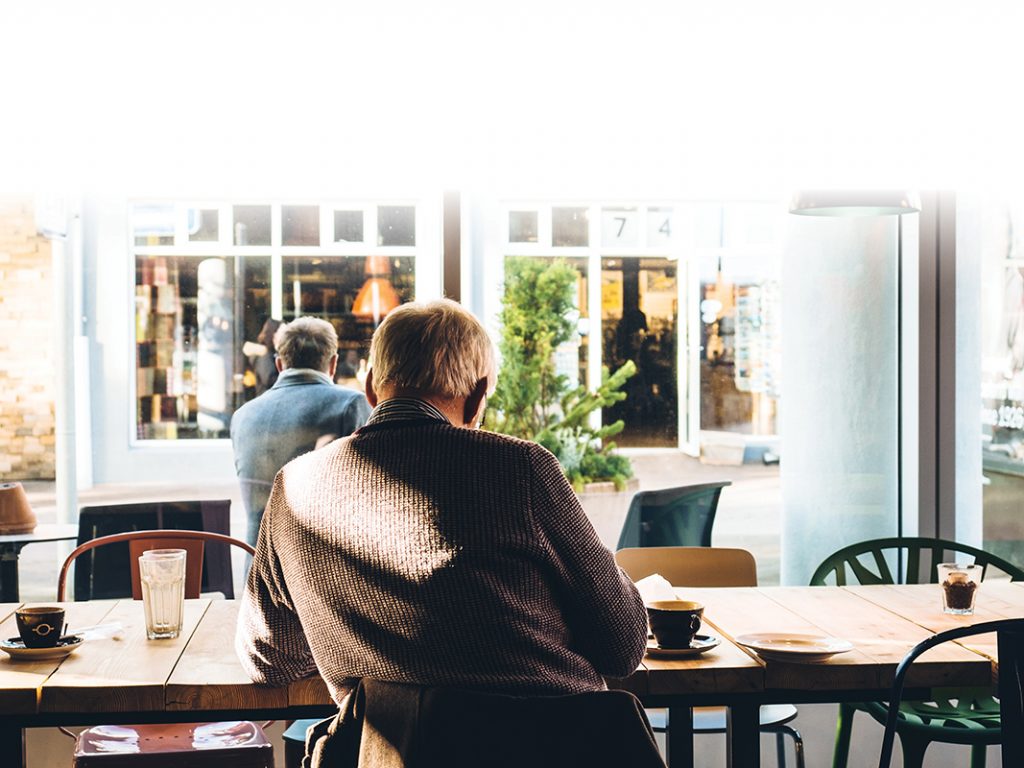 Recently, that K-Mart finally shuttered and so the City in question did the unthinkable (yes, I’m being sarcastic): THEY ASKED THE CITIZENS WHAT THEY WOULD LIKE TO REPLACE THE K-MART. Well, the overwhelming winner was TARGET.

So Vermont went to TARGET (because they listened to their citizenry) and said “Ya’ll can move here, but we have some rules.” So TARGET is slated to open a very small TARGET (much smaller than their current stores) and followed all of the City’s design rules, regulations, and requests. Vermont citizens wanted a TARGET, they are going to get it, and TARGET is following the requests from the committees responsible for the design and construction of said TARGET.

This was a head scratcher for me, so I did some digging. I mean, our beloved City Council loves to throw their hands in the air and exclaim “That plot of land was zoned commercial, so I’m sorry that a Hooters is moving in, but there’s just nothing we can do about it!” as they all high-five and go out to dinner at Chili’s to brainstorm about what they’ll do with their new tax revenue. So how does Vermont have the stones to refuse a big-box retailer and even when they ultimately agree to the new business, they unabashedly demand certain size and design requirements so that the store fits in with the community?
Well, it’s because Vermont was SMART.

In 1970, it enacted a little known law known as “Act 250”. The law gives broad discretion to regional commissions, which can deny permits to a project that could have “an undue adverse effect on aesthetics, scenic beauty, historic sites or natural areas.” While big business hates this provision, it has enabled Vermont to maintain their communities feel, its scenic beauty, and to create a state that is widely known for its charm and beauty.
They have accomplished this by saying those dreaded words that our own local government simply is incapable of saying: NO. I know that our City Council and City Planners must function under a different set of laws and regulations that do not give them the authority that Vermont planners have, but boy, wouldn’t it be nice?

17 Herff? “Sorry, that project endangers our scenic beauty. NO.” Buc-cee’s? “Nope – it will have an adverse effect on our aesthetics. No.” My goodness, our decisions get pretty easy and clear when you have people literally picketing against a development and our City Council still folds for approval, citing laws and regulations. In these cases, they’d simply have to agree that a development was “ugly” and they could punt it. If you’ll notice, the Act 250 does not speak to the positive impact that a new commercial project will have on our ECONOMIC climate, as that is seen as secondary. There’s plenty of money out there, and Vermont recognized this. I like Vermont now, and I’ve never even been there. In the 2002 governor campaign, Jim Douglas ran on the platform of undoing Act 250, and was unceremoniously trounced by voters.

I’m Old Timer, so I like to bitch about things. Apparently that’s why a lot of you read my column. I hate 99% of the new developments moving to Boerne, as they are destroying the very reason that we all moved here. Every new development, every ugly new strip center, the new fast food joints…they strip the area of the charm and the tranquility that most of us sought when we moved here. City government blathers on about the “great economic impact and jobs” that these new projects bring to town, but rest assured, 99% of us could give a rat’s ass about that. I would hazard a guess that most of us would be happy for a cash-strapped local government (oh, boo-hoo) in return for a peaceful little town full of charm and trees and beauty and folks that we recognized at the coffee shop.
I’ll admit that, unfortunately, Texas doesn’t have an Act 250. We have zoning laws that allow anything to go anywhere so long as it follows those zoning laws. As red-blooded Bible-thumping Republican Texans, we scream about government interference and so we get a system of unintended consequences.

What’s my solution? I don’t have one. It would require an overhaul of our zoning laws and regulations across Texas, and it’ll never happen. But after I’m long dead and gone, and our beloved Boerne has been turned into Stone Oak (we’re almost there), you will think about Act 250. And then Comfort will think about Act 250. And so will Fredericksburg. And New Braunfels already wishes that it had an Act 250.

In the meantime, enjoy your Buc-ee’s with its 100 foot tall neon sign (aesthetics?), the sea of strip centers with franchise ice cream shops, and our busiest watering hole in town: freaking Chili’s.

As for me, I’ll be dead so I don’t give a shit anymore…but I’ll always miss the TOWN that Boerne used to be.