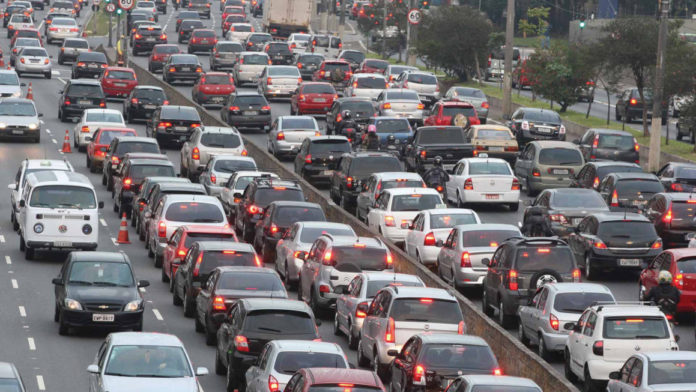 I talked last issue about everything from the City’s fictitious $1.6m offer to the landowners for what would become Shoreline, to my irritation at unmarked police cars. From last check, nothing has come of this, so I guess I continue my war upon the powers that be in this town until the citizenry finally gets angry enough to demand a response. By the way, can someone please explain to me why our local paper of record, my beloved Boerne Star, never once thought to call the Bergmann’s to confirm the City’s BS story about the $1.6m offer. It certainly wasn’t hard for me to look them up and call them, only to have them explain how the entirety of all of us have been lied to. And nobody seems to care so far. Despite my depression with all of this, I’ll carry on…

THINGS I DON’T UNDERSTAND
Why the City can communicate with TxDot, but can’t actually fix long-term problems.

A few weeks ago, some knuckleheaded TxDot contractor decided that running a street sweeper at 8:05am during rush hour on River Road in front of Champion was a good idea. Traffic locked up this way and that, and citizens were outraged. The City ran to Facebook to tell us that they had called TxDot, had given this contractor a tongue lashing, and that the situation will be remedied immediately. That’s great, but why can’t the City pick up that same phone and call TxDot to coordinate our lights and traffic issues? Why can’t they call them and say “You know, we’d like our lights to be timed appropriately on Main Street.”? If they can fix a street sweeper, why can’t they fix our lights?

THINGS I UNDERSTAND
People nervous about the old Riverside location.

Mark my words, this is going to end stupid. We now have the most highly visible location in our town sitting empty. Simply RIPE for something to take it over. We have an empty lot behind it, conveniently cleared right before the Riverside lot. We have a City Council distracted with other issues, and we have a big juicy FOR SALE sign out in front of the location. I predict something atrocious like an Applebee’s will pick up this location. People will scream, but they’ll follow City guidelines for development, the City will shrug their shoulders, citizens will scream, and life will carry on. Remember when the Chamber petitioned the Council to create an ordinance that there would be no franchise business on Main Street? Remember when Council ignored them? I do.

THINGS I DON’T UNDERSTAND
Why we’re not more pissed about the new City Hall.

Good lord, have you SEEN that thing? City Council and El Chapo $chultz spent countless hours telling us how the new City Hall would blend right in with the rest of the city and that we should just stop freaking out. That monstrosity literally towers above Main Street, with all of its ominous powers, like some sort of evil spaceship from Star Wars. You know why they do this stuff, don’t you? Because you don’t care. As soon as the vote was done, we all got back to staring at our phones and haven’t cared enough to protest the fact that they are building the most ridiculous building this town has ever seen right in the middle of Main Street. It’s pathetic on both fronts.

THINGS I UNDERSTAND
Green everything.

This has been such a weird year. It rained from August to October this past year. Then we really didn’t have a winter. It has then rained all spring. I actually met a person the other day from the West Coast that wanted to know when “the wet season” was over. If you haven’t noticed, appreciate it. You just know that next year we’ll enter a 3 year drought ala 2011 and be begging for some of this rain.

THINGS I DON’T UNDERSTAND
Why Comfort isn’t freaking out.

Hey Comfort, want to know what’s headed your way? Take a look at your friends here in Boerne. Local business is fast dumping their leases to head your way, and countless families are sniffing up properties in your ‘burg. PLEASE be proactive and get in front of this. I know that you guys are all anti-everything and refuse to form any kind of government, but you’re going to get steamrolled and it makes me sad. These developers that just got done raping Boerne are going to head your way, and with zero rules in place, well, they’re going to just have themselves a grand ol’ time. I’m not sure what to encourage you to do other than beginning some conversations, but your days as a forgotten little town are over. Act now, or enjoy your new CVS, your clogged roadways, and your new Super Wal-Mart.

THINGS I UNDERSTAND
Why we miss Patrick Heath

Heath took the local Catholic Church to the freaking Supreme Court to force them to follow our historical guidelines. The City won. That’s why the St. Peter’s sanctuary is behind the small original building. Our current City leaders went on the news the other day and told us how KB Homes are just really great people and that 29,000+ signers of a petition concerning the Shoreline development have nothing to worry about. They routinely laugh at the citizenry, and I find it depressing. Maybe some day things will change.