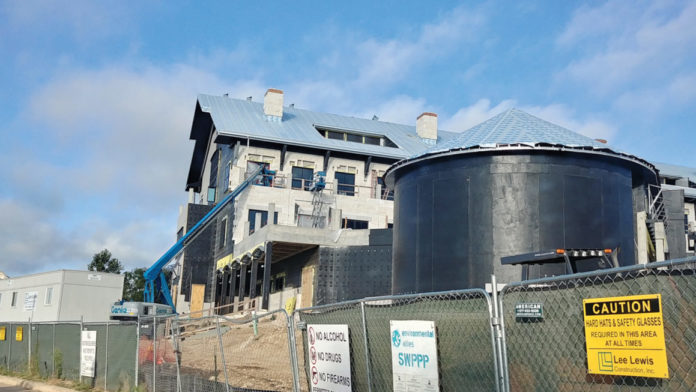 DID ANYONE LISTEN TO YOU ABOUT ALL THE WAYS WE CAN FIX TRAFFIC IN TOWN?

In all my time of doing this column, I start almost every one of them with “Nobody will take me seriously or even consider any of my ideas, but I’ll give it another shot.” The traffic column from last month is no different. In fact, because I poked the sleeping bear, TxDot last week shot off a press release saying that as they are getting closer to wrapping up all of the I-10 traffic that has snarled our area, they have now deemed it inadequate and are proposing expanding 10 from a 4 lane highway to an 8 lane highway. They’re not even done with the current construction and have decided to demolish what they’ve done and re-do it, including tearing down all the bridge work that they did last summer. TxDot exists solely to justify its own existence. Build a road, celebrate with a ribbon cutting, then go to lunch and say “Ya know, that road project we just did? I don’t think it’s good enough. Let’s tear it up and re-do it BIGGER!” In my head they are all stereotypical fat white guys in tweed jackets that then laugh loudly, clink their drinks and mutter about the stupid sheeple of the world.

To answer your question, of course nobody listened to me.

OT, I’M NEW-ISH TO TOWN AND HAVE REMARKED SEVERAL TIMES THAT THE TOWN SEEMS TO ROLL UP THE SIDEWALKS AT SUNDOWN. WHAT GIVES?

It’s been this way forever and nobody knows why. We have become a sort of craft-brew mecca of late, but sure enough, the attendance is pretty sparse come 8:30pm. I know that Salavador Dobbs and The Duck are pushing the envelope with some late night music, and people hang out at Cibolo Creek Brewing until 9:02pm. But I would guess that they’re really the only ones.

I don’t suppose that there is much of a “solution” to this issue – it just is what it is. I keep hoping that we’d get a place that has full-band live music that would keep people out late and bring some much needed two-stepping to town, but alas, I’ve also been saying that since the ‘60s so I don’t expect much to change. (Though I know that Dobb’s acoustic music calendar is pretty robust and should be supported).

Some of our previous City leaders tried very hard to get toll roads on I-10. VERY hard. However, they were ultimately stopped with this nefarious plan and I haven’t heard of any new initiatives related to this. However, HOV lanes are in the works. Time to buy that mannequin off of Ebay and plop it in the seat next to you for your morning commute.

Man, I chuckle every time I drive by that God-forsaken thing. After being assured countless times that it wouldn’t loom ominously over Main Street, we have a building that even some local leaders have shaken their heads at and muttered “Can you believe that damn thing? It’s…awful.” I had an old buddy come visit me the other day from the Northeast and upon driving him down Main Street to show him the area, he gasped and said “What in the Sam Hill is THAT damn thing?”  Oh, nothing. It’s our not-ominous-completely-necessary-not-opulent-appropriately-sized-Taj-Mah-City-Hall…for a town of 16,000 residents. He laughed and laughed.

THE OLD RIVERSIDE LOCATION. WHAT’S GOING ON THERE?

Nobody knows. Except for a billionaire from Mexico that lives full time on his yacht. (True story. That’s the owner of the property – one of Mexico’s richest people that I don’t think has ever set foot in town). They’ve put in a curb and I saw the other day that they’re throwing down sod. I also saw the giant FOR SALE sign. And I hate to predict something BAD, but what are the odds that our City leaders have sat down and poured over the zoning for this property and assured themselves that nothing awful can be built there? Like a CVS. Or what are the odds that something awful will buy it, will cause the citizenry to freak out, and we’ll get an Arby’s? If history is any guide…

Welcome to Texas. I’ll assume you moved here from someplace that actually has “seasons”. We don’t do that here. It’s hot from April through November, with the occasional pretty days mixed in with tolerable temperatures. In deep winter, it’s still hot, with a random cold snap here and there just to break our pipes and kill a few dozen people with icy roads. Then it’s back to hot. You moved here from California didn’t you?

“THE FLATS” – THAT’S A CONFUSING LITTLE AREA. WHAT’S THE STORY IN THERE?

Back in the day, the day labor families lived in there. Migrants. Minorities. Poor folks. The houses were mainly little shanty houses, there was a fair amount of crime, and there was lots of poverty. It was the poor part of town because every time it drizzled, the whole area would flood, thus “The Flats”. As we’ve moved into this new era, rich folks are buying these little houses, knocking them over, and building sexy McMansions. Is it good for the area? I guess. It also has removed one of the few areas of “affordable housing” for the area and is misplacing some less-fortunate families. Some are getting rich on their property sales, which are now multiplied in value, but let’s be real…they can’t afford a different house in town. Why are rich people buying land that has been known to flood? Because it doesn’t flood in there any more…there’s no water left.

SCHOOL CALENDARS ARE PRETTY WONKY HERE. THERE’S LOTS OF RANDOM DAYS OFF. WHY?

Because the ISD decided to let the parents vote on our school calendars. Not a terrible idea, but I cannot account for the vacation days that are allotted. I’m far removed from having school children, but it’s strange even to me that the kids have a 4 day vacation for something as important as Columbus Day. Nor why upon the conclusion of a long Christmas break, the kids are off the first Monday back and the Friday of the same week. The inconvenience to parents is spectacular, but I hypothesize that it’s really just Margarita Monday for the teachers after the long break and a way to drag out their vacation by calling it a “Teacher Workday.”