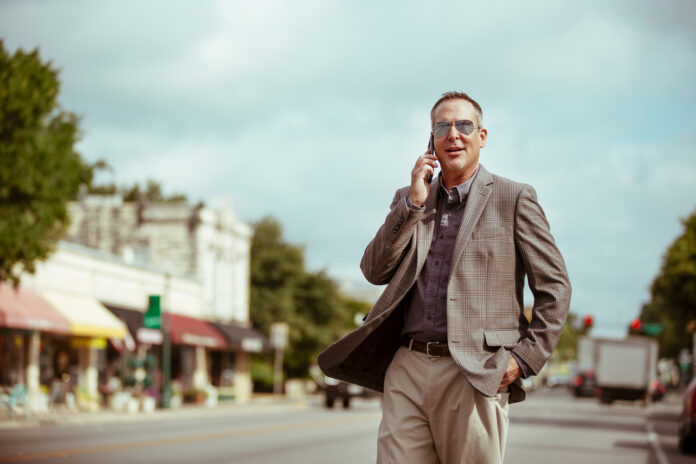 I don’t watch a lot of TV. I used to watch it as much as anyone I suppose, but something changed a good decade ago, and I just stopped. I canceled my satellite TV subscription, got one of those Roku devices that just shows me movies, and most days, I watch a solid 30 minutes of TV as I slow down for bed at the end of a day.

I steer clear of the news entirely. I’m not big on sitcoms. All these “binge” series require too much dedication. So at best, I sit down, start a movie at 9pm and make it until perhaps 9:45p before turning it off with the intent to finish the next day.

My girlfriend was watching a movie with me the other night. It was some early 2000 movie about something I can’t even remember. But for the millionth time, I had to blurt out while watching a scene – “Do you see that mom in the movie? She’s probably our age in the movie. Do you know that puts her at about 70 now?” My girlfriend will turn her head slowly to me and ask “Why do you do that?” with a laugh. “I dunno”, I say.

Because I really don’t know why.

But it’s something I’m acutely sensitive to, and I can’t decide if it’s a blessing or a seriously dark curse. I can see the character, who is 32 when the movie was created, and instantly look at them and think “They were younger than I am now. At this date today, they are now pushing 60. Interesting.”

But it’s not “interesting” – it’s morbid as hell. And probably depressing for those unlucky enough to be enjoying the movie with me. “Oh, look at him. Wow. Can you believe he’s dead now?!” Yeah, I’m a load of fun.

I went on a walk the other day on River Road. As I often do, I sat on one of the benches, enjoyed the nice temps, and just watched people wander along the trail. Young moms pushing strollers, teenagers staring at their phones. Then the older woman walks by with her little yip-dog. Then the older man shuffles slowly by. The people cover every demographic imaginable and I smile just watching them live their lives.

I caught myself looking at the older gentleman. He was well dressed for the activity, meaning that everything was name-brand and color coordinated. He had the uber-cool AirPods in his ear. Hair was sharp and clean. Teeth were properly white. As he walked by, I created an entire story for him: an ex-oil and gas executive, surely. Probably lives in Cordillera Ranch. His wife’s name is Janet. He has a Porsche he drives on Saturdays. Likes to vacation in Costa Rica. An avid reader. Has a fractured relationship with his only daughter. Has a better golf game than poker game.

See how ridiculous my mind can be?

The young woman walks by with the stroller. She’s married to a guy named Beau, and they live here in town at Herff Ranch. He works too many hours, and she’s a bit bored with the stay-at-home-mom life, which I can tell just by the way she smiles. They are comfortable financially, but she’s unhappy with the trajectory of life, as I think she feels alone too often. She wants another child, but isn’t sure she wants to go through the infant months again. She has many girlfriends, but none that are close enough to her emotionally. She’s lonely.

Similar to my process of aging people when I watch movies, this people-watching habit of mine is both enjoyable for my mind, and yet depressing. It’s as if real-life is a movie, as well. Nothing is “right now” – everything is just out of reach, and seen, yet fiction.

I lost my only younger brother in 2013. Man, that was a long time ago. It was also about 30 minutes ago in my head. I’m just waking up the next morning after getting “the call”. I’m still in my car when I learned the journey was over. It’s that same Sunday morning.  I’m minutes removed from that pivotal moment. Do we ever really move forward? I don’t know.

I was 38 years old when it happened. I was married. I had a whole bunch of hair. I was extremely stable financially. I was miserable at home, but I played my role of “father and husband” as best I could given the circumstances. I was unhappy to my core, but I was the family cheerleader as well so I smiled all day. My kids were still babies, or at least they were in my head.

If you had seen me walking on River Road, you would have created your own narrative for my life, and you may or may not have been right. We’d both probably chuckle if you told me your version of my life. You’d probably get it wrong. And if you guessed my age? You might have gotten it right based on my appearances.

I’m 44 now (or 45 by the 12th of this month). I’m not married. My hair is struggling. I’m not so extremely stable financially anymore, though I still keep the lights on. I’m happy at home now, though sometimes the nights are far too quiet. My heart is happier, though it’s bruised and has some broken parts. I don’t play the cheerleader role so much anymore, but that’s ok. My kids are now eye-to-eye with me as they near graduation. Life is far different.

But if I watched the movie of my life from 2013, it would seem weird to look at myself and realize how much time had passed to bring us to the current day. I’m sure I’m not alone that you can watch a movie from 2005 and it feels modern, you remember when it was in the theatres, and it seems that it was released last summer. But it was from FIFTEEN years ago. But you don’t think about that – because you’re not weird as hell like I am.

But I think that I sometimes look at the movie of my life and wonder what I have done with the past 8ish years. Did I cherish the time? Did I reach my goals? Did I live proudly? Did I grow? Am I better? My brother didn’t get the past 8 years – but I did – so did I honor that gift? Or did I just stagnantly sit on a bench on River Road and watch the world go by?

Movies are easy opportunities to look at your favorite actor, do some quick math, and think to yourself “Damn, Bruce Willis was 27 when he did this movie. That sonofabitch is pushing SEVENTY now.” It’s HIS life, so you don’t really care how he spent it, but now do the same exercise as you remember a scene from your movie of LIFE from 30 years ago.

How are you feeling now?

That great fishing trip you took just after college with your friends, and the laughs you had, and you had the entire world laid out in front of you, and your dreams were endless…and possible. You’re sitting in a coffee shop right now on a random morning reading this little rag in Boerne, and it’s 30 years later. Did your movie turn out the way you thought?

Of course it didn’t, but that’s normal.

I’m divorced twice, missing a brother, don’t see one of my children anymore, and my back is hurting most mornings now. Of course my life didn’t turn out the way I wrote it, either. I do my best to not regret the poor choices and situations that were integral to scripting my movie of life, but I do ask myself frequently: did you honor the time you’ve had? We will all regret scenes of our lives, but when the credits roll on your life, will the audience say: “What a great life. It was crazy, and had some bad parts, but overall, what a beautiful story!”?

I’m at some strange chapter in my movie where I’m ready for something to change. I write about moving to Belize, maybe I want to get married, what if I changed jobs? Let’s shake things up a bit, ok? I’ve spent a really boring chapter of my movie just sort of bandaging my heart back together and screwing my brain back on, and so I’ve got my backpack on now, and it’s time to strike out for new and strange adventures so that I don’t lose my audience to boredom.

Or so that I don’t lose myself to apathy. So that I don’t sit on River Road and have a random memory from 2020 and think to myself “Holy shit – that was 30 years ago and I’m still sitting here doing the same stupid things.”

That terrifies me, and I refuse to do it.

My habit of aging movie characters is inarguably weird, and I think I’ll keep it to myself the next time I do it. But in the end, it’s really not about the actor or actress for me – it’s because I’m doing the same thing to myself. I watch a 2001 movie and realize our 39 year old movie star is now 58 years old…but what I actually do is mutter, “I remember 2001. I was 25 freaking years old when this came out at the theatre. My Lord. Have I done enough? Did I love enough? Did I make too many mistakes?

Did I matter at all?”

We all know the saying – life is short. It most certainly is. Our memories get funny and that trip we took 25 years ago feels like something we did 2 summers ago. Time becomes a blur and our spatial understanding of time gets more than a little wonky. We judge ourselves and our performance just like I judge those random people on River Road.

As we close out 2020, which is the worst movie in the history of movies, I hope you take a minute and people watch. I hope you daydream about people you see and their stories and their hurts and their wins. How they love, and how they cry. They are living their own movies, and go home everyday and judge their performance just like you do.

My brother had the rest of his life ahead of him in 2012. Then he didn’t. The credits rolled and the movie was abruptly cut short. It might happen for me in an hour, a decade, or in 45 years. My grandfather is 96, so who knows. But I suppose that I’m hyper-sensitive to the gift that life actually is, and I probably spend an unhealthy amount of time analyzing my own performance and desperately praying that I’m not sitting on the park bench wondering where the past 25 years went.

Because I hope that they play out in the greatest movie I’ve ever seen.

Welcome to December. May you toast 2020 a good riddance, may you look forward to the next chapters of your life, may you EXPLORE your heart, and may your movie of life be everything you ever hoped. I mean that.