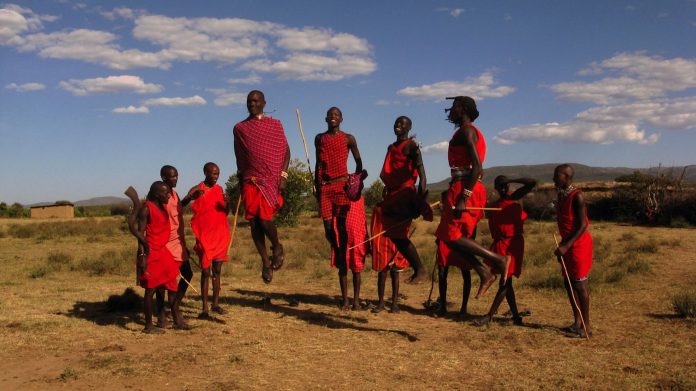 There’s a tribe in Africa, (the Massai Tribe, I believe) that does a most unique thing when somebody makes a mistake.

They believe that people are constantly in the pursuit of 4 things: safety, love, peace, and happiness. However, they also know that people do some stupid things while seeking those basic requirements. When a person commits an infraction, the entire village takes the person to the center of town where he is surrounded by all of his fellow tribesmen. For two days, the people yell and scream at the individual. Relentlessly, they scream at him. However, the surprising part is that while they may be yelling and screaming at him, they are actually only screaming the wonderful things that they think of the perpetrator. They scream their favorite memories at him, the reasons that they love him, and why they know that he is just wonderful inside. Finally, the guilty will stand and shout at the top of his lungs, “I AM GOOD!” At this point, the person is forgiven, the ceremony is over, and life returns to normal.

I love this story for many reasons, but mainly I love it because it’s a celebration of the good in people, while actively diminishing the bad that lives within us. For most people, when we do something stupid that harms someone, we feel guilty. We are ashamed of our deed, we are sorry for the pain that we have caused others, and we are frustrated because we know it was a wrong decision we made. While we might tell the victim “I’m sorry”, and while they may say “It’s ok”, we still go home and weep at the guilt and shame that we feel. And that guilt will remain, sometimes for a lifetime.

And while we live in the most civilized nation in the history of the world, there’s a lot to be learned from a small tribe in Africa.

I have always thought that if I had the discretionary income for it (as in, I won the lottery), I would develop an evening news station. It would have the same high-quality cameras, lights, and sets as the “normal” news, but my news broadcast would do nothing but talk about the wonderful and beautiful things that were happening locally. We would talk about some kid that is out raising money for military families, we would do a small segment on a couple of ranchers that got together and helped a fellow rancher that was down on his luck, and we would probably focus on a particular person that had recently turned their life around. I would want to shine the spotlight on a local business that was donating to a fundraiser, a family that had recently adopted, and a high school student that was going on a mission trip.

I would talk about the only “news” that I think we all need sometimes.

When my news show was over, if you weren’t at least smiling (and hopefully wiping a tear out of your eye), then I would consider the show a failure.

But instead, what do we surround ourselves with? It’s war, and murder, and anger, and destruction, and lies, and deception. It’s drunken car wrecks, bar-room knife fights, and home invasions. It’s everything that we dislike about the human race, and yet we celebrate it by devoting an extraordinary amount of time to it. We read about it in the paper. We watch shows about it on the 24-hour news channels. We discuss it over coffee. We post about it to Facebook. It envelopes us in our daily lives, and then we’re curious as to why we don’t trust each other as much anymore. We wonder why our police departments are trying to fly drones over your house just to watch you’re up to. It’s because they don’t trust you. And why should they? They’re watching the same news channels. The NSA is reading your emails and listening to your phone conversations – hell yeah, I would to. You people are nuts out there.

But I know you’re not.

I know that you all are seeking the same things as that African tribe. Granted, an African tribesman can’t get drunk and drive his car resulting in the death of others (for which prison is warranted), but most of us don’t find ourselves in that kind of trouble. Instead, we do stupid things that hurt others, and then we wallow in that guilt. God will forgive us, the victim of our stupidity will forgive us (maybe), but oftentimes, we never forgive ourselves.
And I think that it all comes back to our furious and intense search to find the worst in our world. It seems like we are transfixed by finding out that others had made the same mistakes that we have made. If I can find out how every one of you out there reading this had done something really hurtful and terrible in the past, then I would only assume that I had done the same. And now I’m feeling guilty and am disliking myself because if EVERYONE does the wrong thing, then how could I possibly hope that I’d ever do the RIGHT thing?

I’d really like to do my news station. I wish that we all had a media outlet that did nothing but remind our “village” that, despite all of our bumps and bruises, we are all wonderfully compassionate, caring, friendly, and honest people. God created us all in sin, but also gave us the capacity to do amazingly beautiful things. So we will undoubtedly do the wrong thing, while striving for the good and right thing. And I would hope that I could feature someone that had done something really bad previously, and then tell his story of how he had moved on to have a profoundly wonderful effect on people after turning his life around.
I want to do this because we currently have a tendency to see a news segment about someone that does something bad, and we murmur at the TV, “Throw that scumbag in jail and get him out of here.” You know, so we can make room for the rest of us “good folks”…….the ones who haven’t done anything bad yet.
YET.

I can’t afford my news station, but I think we could devote space in this magazine. So I’m going to lead the charge to highlighting the “good news” that happens around us. Do you know someone that is doing something great? Somebody that is helping others, has turned their life around, or is just trying to be a positive force in our community. Send me a paragraph description of what they’re up to, and we’ll devote some space in EXPLORE to them. Email me – ben@hillcountryexplore.com

Welcome to August. The sun is high and hot, and I know it sends most of us running for cover. But get out there and EXPLORE. Ignore the “bad” about the heat, dip your toes in a river, laugh with your friends, and just seek the GOOD that is all around you.