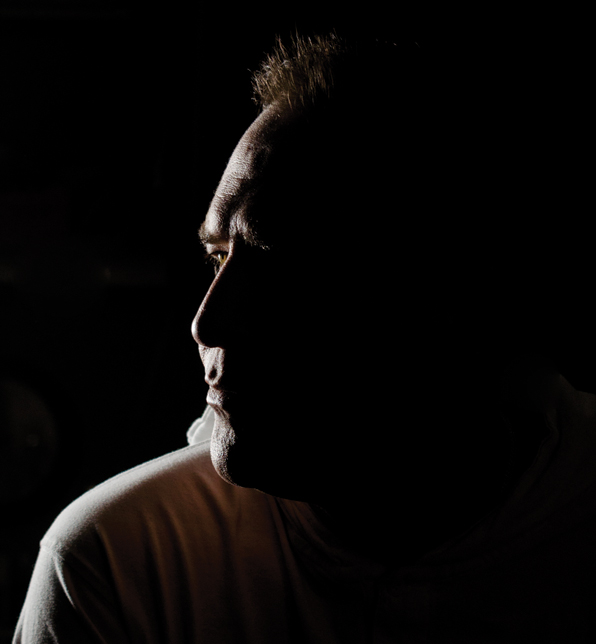 I went for a short drive the other day and ended up at Salvador Dobb’s on River Road.

It was a pretty Saturday afternoon, the girlfriend was busy doing other stuff, so I threw a baseball cap on, grabbed my shades, and was pulling my chair up to the bar a few minutes later. It was a beautiful afternoon, my kids were with their mom, and sometimes you just have to Carpe Diem and make the most of these small pieces of time where responsibilities can be set aside.

As I watched the cars zoom by and the tourists meander the River Road sidewalk, a voice said “Hey, Schooley!” I turned and it was a friend from college that I had not seen in a very long time. Warm handshakes happened, slaps on the shoulder, and obligatory “catching up” summaries were given. He looked great, it had been a full two decades so it was great to see him, and I was excited to rekindle some memories with him.

Except that’s not what happened.

For some perspective, this guy had always been a bit of an angry soul. Even back in college, he was the one that was always in danger of getting you into a bar fight, or putting his hand through a wall, or requiring you to step in between he and his girlfriend. I hate to characterize him that way, because I promise that he is a wonderful man. He has always had the biggest heart. He would worry about his friends so very much, and if you were up late and your girlfriend dumped you, you called him. He’d be at your house in 15 minutes, a 6 pack in hand, and was more than happy to talk you through your tragedy. He was close to his family, his sisters adored him, and he called his mother every week. He went to church regularly, encouraged his friends to be the best they can be, and wanted happiness for all.

Yet, at the same time, the anger ran right under the surface. It was always quite perplexing. The guy that wanted nothing but happiness for YOU was at a loss for how to find it for himself. He wanted peace and harmony in your relationships, but his were tumultuous and violent. He’d laugh at your jokes, but made himself the butt of the rest of them.

And here I sat, 20 years later, overlooking the Cibolo on a random Saturday with a guy hadn’t talked to in a very, very long time. Sadly, I discovered very quickly that he had been at the bar FAR longer than I had been.

Slurring his words, and with far too much dramatic flair with his arms and expressions, I tried to catch up with my friend from college as best I could. As I made eye contact with him, his eyes were glassy and blown out. His skin was pocked and pale. His hands were rough and dry. His clothes didn’t quite fit very well, and weren’t his best look. His hair was disheveled and flaky. And while I’m noting his shortcomings and the things that didn’t represent himself the best, I could still see that great big giant heart behind his eyes. The ones that made me just love the guy when were in our 20s, with our lives laid out ahead of us, ready to conquer the world. He was still in there; there were just more layers you had to fight through to find it.

We shared stories, and talked about our careers, and shared all the dumb memories that people can remember from college days. We talked about relationships, and the funerals we had attended, and the heartache we had experienced. We did all of this while he pounded drink after drink under the bright sun of a Saturday afternoon.

At one point, two guys at the end of the bar cheered toward a TV screen as the Longhorns had just run a touchdown. As we went to Texas Tech, we loathe all things Longhorn so we rolled our eyes. Or I should say that I did, as my old friend had a snide comment for the duo at the end of the bar. Some stupid trash talk comment regarding the Longhorns, to which these guys responded in kind toward our Raider loyalties. I laughed and raised my glass to them.

My friend put his drink down and began walking toward them.

A bit of masculine bravado ensued. A bit of cursing. Some “you suck” type comments. I intervened, assured my new Longhorn friends that my drinking friend didn’t mean any harm, some laser stares, and things simmered down. Thankfully.

I grew weary of it all quickly.

20 minutes later and I left my old college friend, still pounding beers at the bar on a beautiful Saturday afternoon, still running his finger slowly around the lip of the glass, still disheveled, still glassy eyed, and probably still hoping that UT scored again so he could rekindle his recent pleasantries. I just shook my head and closed my car door to head home.

The lesson behind the parable is: What is in your cup? Because someone will always bump your elbow, what would you like to splash on them?

A dear friend from high school once said to me (and I have shared this no less than 12,830 times since) “It is impossible to splash a little happiness around without getting some on yourself.” Pretty profound for a high school kid, huh? It’s the same message, packaged slightly differently.

My dear college friend was an angry soul and is cup is filled with that same anger. For damn near his entire life, his anger has spilled out of his cup. From his heated (and damn near physical) arguments with his girlfriends in college, to 20 years later and sitting at a bar in Boerne…if you bumped his cup, you got his anger that overflowed. Cross his path, in even the most slight of ways such as cheering for your football team, and that anger would spill out and cooler heads would have to intervene. The young man, and the older man now, were consumed with anger. There was no room for much else, and so if you bumped into him, you would invariably witness and experience that anger.

I think about him all the time. I feel very, very sorry for him in a lot of ways. There’s a lot of things that I’d want to fill my cup of life, and anger isn’t one of them. I hate that he has to endure that, and I know that he probably hates it more than I. As I looked at him, beyond the anger, you could see the anger in his eyes. Maybe it wasn’t anger, actually. It was actually desperation. He wants to be free of his anger, and I’d wish that for him also.

I’ve spent a few evenings on my walk around the block to think about my good friend from college. Well, maybe I’m not thinking about him so much as I’ve spent some time thinking about me. What would you say about me? When I walk away from you at the bar, what would you say to your friends at the bar about me? “That guy is so angry!”? Or perhaps “He’s so depressed.”? Or even “I feel so sorry for him. He’s so unhappy.”?

I can sit on the front porch of my house and watch clouds drift by the moon and say that I really, really hope that you can’t say those things about me. I don’t think I feel those ways, but oftentimes it’s those around us that have a better view of what’s in our cup than even ourselves. I suppose I can’t really question what you claim to see in my cup, as you have no reason to see anything but truth.

I want you to say I’m happy, and that I’m so caring, and that I’m just a damn good person…but what I think is pretty irrelevant. I hold my cup, and you’ll bump my elbow, and as my friend once said, I hope I splash a whole bunch of happiness around. I really hope that.

Take a minute this month to think about what fills your cup. It’s Christmas season, you are probably busy with family and work obligations, and people are generally trying to splash happiness. Are you? I hope that you find some time to sit on the front porch, think about your cup, and fill that cup with all the best parts of yourself.

And then splash it everywhere.

Welcome to December. As you close out of one year and turn the page into a new one, may you EXPLORE your heart, your family, and your life. May you laugh, may you love, and may you bless those around you with a cup full of everything you would wish for them.