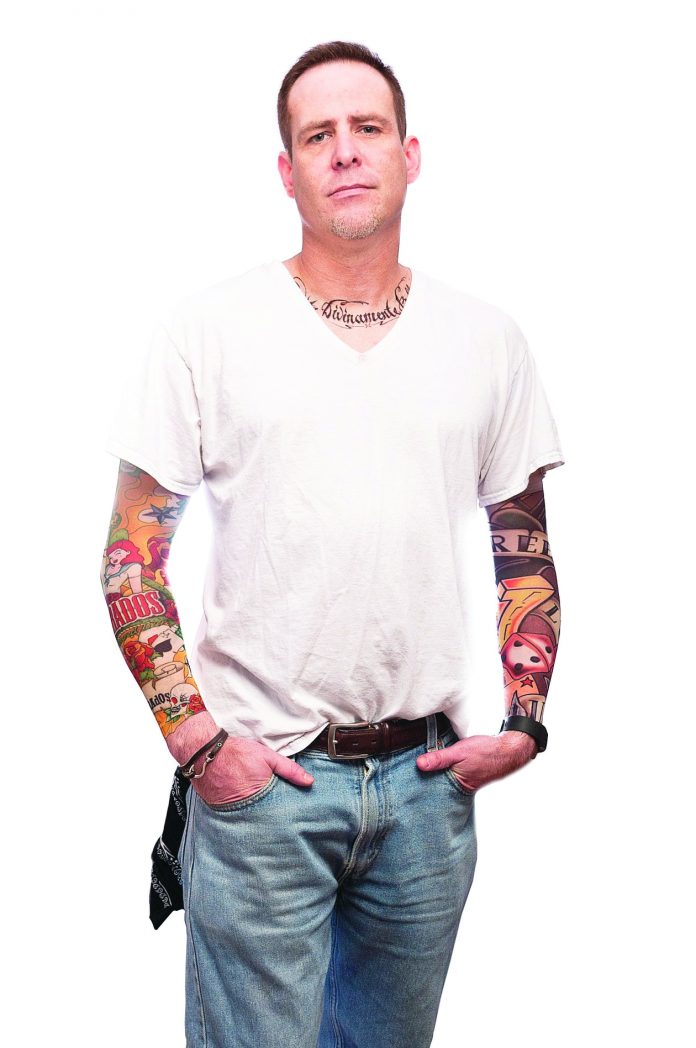 When I was in college, I worked at the Rainbow Play Systems showroom on weekends in Lubbock. It was a pretty cushy job, I liked the owner (who was also named Ben), and the pay was pretty good. I could get a fair amount of studying done in between customers, and I always liked watching all the kids go nuts on the playsets.

For Thanksgiving one year, I wasn’t headed home. The owners were headed out of town, so I was instructed to run the shop from the Friday after Thanksgiving to Sunday evening. The day of Thanksgiving brought with it one of those hellish cold fronts that only the Panhandle can spawn, so in I went on Friday morning with a stack of books, knowing that I’d see very few customers this frigid weekend.

Next door to the store was a junkyard. Just your run of the mill junkyard, and the place was locked up tight for the holiday weekend. I was walking outside to stretch my legs while I ate my sandwich for lunch. I had the hood of my coat on, and was trying to shield my face from the stinging wind. As I walked the fence line between our store and the junkyard, I saw him. The dog. But it was no ordinary dog. It was 180 pounds of nightmare. It appeared to be some insane mix of Mastiff and Rottweiler, and it was chained with a ridiculously huge chain. It was laying in this pathetic little doghouse. I was frozen in my tracks, and once he spotted me, he slowly stood and walked over to the fence. He didn’t growl or bark, instead he just sat down and stared at me. I noticed quickly how skinny the dog was, with his ribs exposed under his fur. He sat there, with a slight shiver, and looked pretty darn miserable. I slowly extended my hand with the rest of my sandwich toward the fence and he licked his lips. I pushed it through the fence, and he delicately snapped it up, not with the ferocity I had expected. We stared at each other for a few more moments, and I went back inside to get warm, looking over my shoulder at him.

The rest of the day, I kept looking outside at the dog. He rarely moved, just curled up in his little doghouse trying to stay warm, but obviously failing. That night, temperatures were to dip into the teens. Reluctantly, I went home for the night. I tossed and turned that night, worried about that stupid, giant, terrifying dog. Surely he would be a popsicle in the morning. The next day, I jumped out of bed, stopped off and bought a small bag of dog food, and zoomed to work. I took the dog food outside and poured the entire contents over to his side of the fence. He inhaled the food. It was gone in seconds, and then he simply stared at me. I put my hands out and said “That’s all I got buddy”. He whined. I reached forward and put my fingers through the fence, and he gingerly licked them. Frustrated, I went back inside.

A half hour later, I was reading something for some class that I’m sure I never needed to know, and I saw a shadow by the glass front door to our office. I looked up, and the dog was sitting on the sidewalk looking at me. The chain was not on him. To this day, I have no idea how he got out. He would have had to get the chain off, AND somehow have gotten through the 6 foot high chain link fence that was lined with razor wire. I walked over to the door and stared at him, unsure of what to do. If I let him in, he could kill me. Quickly. I would have no defense against a dog of this size. A hungry, pissed off dog. If I left him out there, he was either going to freeze or starve to death. A few seconds of consideration, and I slowly opened the door.

He walked in, sniffed at me, walked over to a corner of the warm office and flopped down with a grunt. It reminded me of a noise I would make when my head hits the pillow after an exhausting day. And then he simply slept. He laid there the entire day, only occasionally shifting positions. And then it hit me – I had let him in, but how would I ever get him out? At quitting time, I grabbed my keys, started turning off the lights, and he stood up and waited for me at the door. Outside we walked, I locked up, and he trailed me to my car. I didn’t even think this animal would fit in my little Saturn, but I simply opened the back door, and he jumped right in. It never once dawned on me that I was “stealing” someone’s dog, because that someone didn’t deserve the right to own a dog. Or any other animal, as far as I was concerned. I rolled down the windows, and like any dog, he let his tongue flop in the frigid breeze. You should have seen the looks from the cars next to us at the stoplights. His head stuck out on end of the car and his butt was hitting the opposite window.

And with that, we went home. I fed him, and he ate everything I would give him. He watched TV with me that night, and he barely moved at all throughout the night. The next morning, he obviously was feeling better and acted like a puppy caught in the body of a beast. I lived alone, and my landlord didn’t allow pets, so I needed to figure out a plan for him quickly. I called a friend, and once the two met, the dog went with my friend Brandon. He was quickly named “Bishop” as well. I liked this name – it seemed to fit him pretty well. I enjoyed getting to keep up with Bishop by visiting my friend Brandon.

Brandon was heading home for a quick weekend run a few weeks later, so he and Bishop drove the 400+ miles to his parent’s home outside Tyler, Tx. Bishop enjoyed a weekend of playing on Brandon’s family’s ranch, and the two bonded quickly. Brandon brought him back to Lubbock, and they were two peas in a pod. One day Brandon called and told me that Bishop had run away. Well, not really “ran away”; instead he literally smashed a hole in the wooden fence and was gone. A giant hole of splintered fence boards the size of one giant beast dog. Brandon looked everywhere for Bishop, but with no luck. We assumed that surely the local pound would pick him up because somebody would definitely call in the authorities for a dog of Bishop’s size. But sure enough, he never showed up at the pound. Days went by. They became weeks. We slowly gave up on the idea of Bishop returning. Months went by, and life moved on.

And then Brandon’s dad called him. “Brandon, I was at the grocery store here in Tyler, and saw a big dog lying under a tree on the outskirts of the parking lot. I went over and took a look at him. Son, it’s Bishop.” Bishop had somehow traveled across almost the entire state of Texas in his trek back to Brandon’s house. His paws were almost rubbed off. One ear had been split in two. He was terribly dehydrated, and was near death. Brandon’s dad took him to the vet, and after almost a week in the hospital, Bishop came home with Brandon’s dad. He put him in the backyard at the family ranch, and Bishop waited for Brandon to return.

Except Bishop wasn’t done, I guess. After thousands of dollars in vet bills, and once he was completely healed, Brandon’s dad went outside and Bishop had smashed down the fence and was gone. Again. An entire panel of the fence had been destroyed, and a few muddy paw prints told the tale.

Nobody ever saw Bishop again. We called the pound for a few days afterward, but just like in Lubbock, he never was picked up. We waited to see if someone would call, as Brandon’s dad had put a collar with their number on it, but that collar was found near the pond in the back of the ranch. Bishop was free again, and obviously, he didn’t linger in one place very long.

I think about Bishop often. Such a kind animal, trapped in a body that scared most everyone. Chained up in a dingy old junkyard, freezing half to death, when all he ever really wanted to do was go on a never-ending adventure. I wonder where he went, if he ever stopped running, and if he even survived. I also think he was a pretty good analogy for many important lessons. One is that you can never judge a book (or a dog) by its cover. Another is that no matter what confines you, if you want out, you can make it happen. And lastly, and perhaps most importantly, never stop your adventure. If you dream of seeing the Northern Lights, then you had better go see the Northern Lights. If you want to backpack across Europe, then you had best book your airfare. If you simply require a different zip code for a while, then your bags are ready to be packed. I don’t know if Bishop had a deep desire for any specific location or destination or if he simply wasn’t programmed to stay in one place for long, but I like to think that he always wanted to play fetch with an owner on a beach at the coast. Yeah, that’s why he was headed south. I like to picture Bishop splashing around in the waves, chasing a stick thrown by a very friendly man that always wanted an enormous Rottweiler-Mastiff-Great Dane mutt dog.

A dog that one day just showed up outside his front door, and after a moment’s hesitation, he chose to let ol’ Bishop come inside to take a rest.

Welcome to August. May you survey your world, and may it be all that you had ever hoped. And if not, I hope you strike out on the adventure to fix it. Even if you have to smash through a fence.