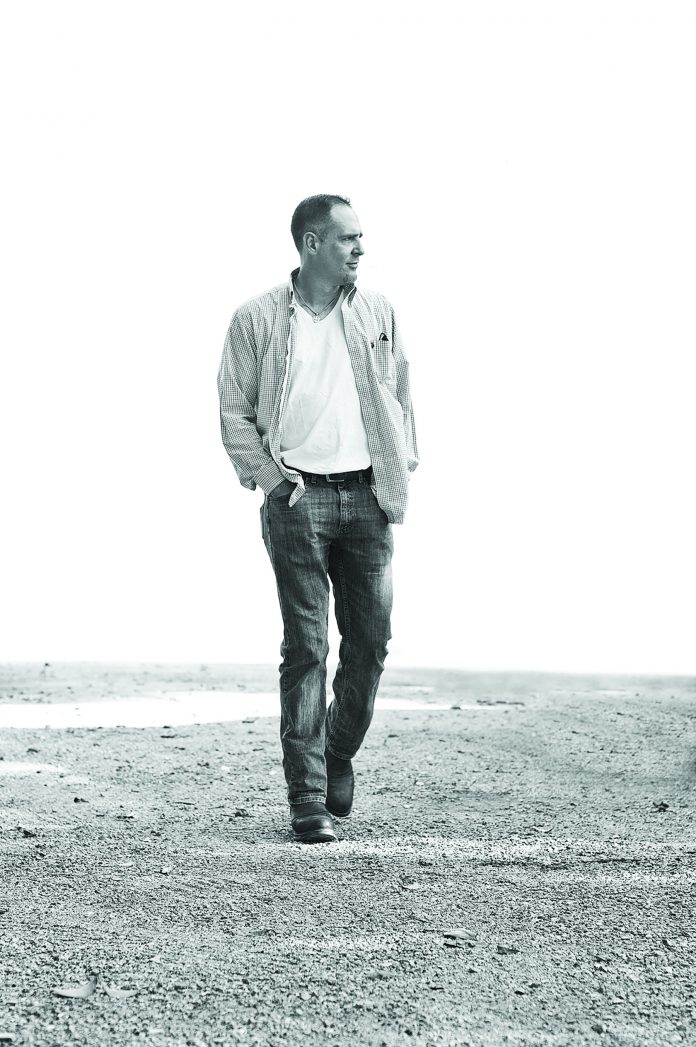 I can solve every problem on earth while mowing the lawn. Something about being alone, earbuds firmly in my ear, the roar of the mower, and sunshine just equals some serious thinking time. Maybe I don’t actually “solve” anything, but I do get some good thinking done, so maybe that’s just as good.

But there I was today, mowing the yard, enjoying my momentary solitude, when I lifted my head, stopped the mower, and stared with some sort of dumbfounded amazement:
I realized that I had sold the kid’s trampoline earlier in the day.

I was mowing along, realized that I was mowing a section that previously had been under the trampoline and had one hell of a realization. I had sold the kid’s trampoline.
No big deal, right? Well, it sure was for me. Let me explain.

I’m 45 now, and my kids are 17, 15, and 11. They’re getting older, and I’m getting older too. Chapters are turning. One is driving, one is almost. One is still in the “kid” phase, but he’s also almost 5’4”. My kids are gigantic, I tell ya. Selling the trampoline didn’t register at the moment, but later I realized that I would never again own a trampoline. We’ve had a trampoline since the kids were 1 or so, so that means for the past 16 years I’ve had to mow around the stupid trampoline.

But those days are past now.

Know how you sometimes walk past the bathroom mirror after a shower and you pause to look at yourself and mutter “Who the hell is that old guy?” It was one of those type moments. One of those “Wow, my life just changed” type moments. I’m not sure how I feel about it to be honest.

On the one hand, I suppose I felt a bit of pride. “I have now raised 3 kids through the trampoline years and nobody is injured or dead. Congratulations to me.” Maybe this is typical for dads, but the toddler years were hard for me. The screaming, crying, helplessness. Of course I love and enjoyed raising my kids, but I was also happy when they became more independent. Being a single dad exacerbated this whole situation. It was fun, but I was happy to close that chapter.

10-13 year old kids were super fun for me. I could still horse around with them and throw the football and whatnot, I could occasionally utter a swear word and they’d all laugh, but they also still thought I was just about the coolest guy to ever walk the earth. Dads like feeling like that.

The teen years have been…as you’d expect. Loads of drama, defiance, know-it-all conversations…punctuated by the brief tender moment that keeps me from strangling them. But there’s ALWAYS been that stupid trampoline in the back yard, and once a year I’d come home to somebody jumping on it, or even just lying on it on a pretty day and staring at their God forsaken phones. It’s been a fixture in the Schooley backyard.
But now it’s gone. It’s gone because nobody wants it anymore because they’re too old.
Similarly, I was cleaning up my 15y old son’s bedroom the other day. He has a bunch of boxes and whatnot along one wall and I’m fretting about organizing things and I realize that one of the boxes was mine from when I was a kid, complete with my hand-written name scrawled on the lid. It was my box of LEGOS when I was a kid and I passed it down through all 3 of my own rascals.

I sighed and took the box to the garage to put on a shelf, set it down, and then stared at it with the same astonishment: “I just put the LEGOS away for the last time”. Yikes.
I think that life is full of these moments, though we rarely recognize them. These “turning of the page” moments that signal a transition in some form or fashion.

The moment you hold your first born child.
The first time you are able to sleep through the night with an infant.
Watching them
walk to the school
bus stop for the
first time.
Their first
sports game.
Entering high school.
Watching them drive away in their first car.
Leaving for college.
Marriage.
Grandchildren.

On and on. These pivotal moments that might not seem so pivotal when they happen, but you look back and realize that the memories are seared into your memory banks. Being who I am, something silly like selling the trampoline became a pivotal moment.
And now I’ve rambled quite a bit and don’t really know how I feel about it. Sad? No. Happy? Not really. I think it was just weird to have my backyard reclaimed…and realize that it’s because my kids don’t play out there anymore. Sigh.

I still stop in the bathroom to look at myself in the mirror and mutter “What the hell is up with this gray hair?!” and I still find an old t-shirt behind the washing machine that is size 4T and I stare at it with a smile. I still freak out when I stare at my kids who are eye level with me now, it amazes me when my son helps me lift furniture, and I still sometimes reflexively want to do my nightly tour of the house to dispense bedtime kisses.

The ones that nobody wants anymore.

In this vein, I bought cordless phone batteries the other day for my office phone. It’s been 6 or 7 years since the last time I had to replace them. As I threw the old one away I asked myself “I wonder how many more of these I’ll buy in my career?” and brushed it off – but it’s a real question. Maybe 2? 3 tops. I’d be 60+ if I made it to 3 batteries. What a weird hourglass I’ve created.

Friends and neighbors, time waits for none of us. PAY ATTENTION. Soak it in. Take the photo. Buy the souvenir. Take note to stop every once in a while and simply take it all in. The laughter. The toys. The nerf bullet in your shoe. There will come a day when you don’t hear nor see those things, and let me tell you, it’s a silence that will shake your bones.
Sort of like mowing the lawn and realizing you just sold a pretty major part of your kid’s childhood for $75 on Craigslist.

Welcome to May. Temps are rising, and all signs point to a “normal” summer, thank the Lord above. May you get out and EXPLORE, may you make countless memories, because you know that one day memories is all you will have left.