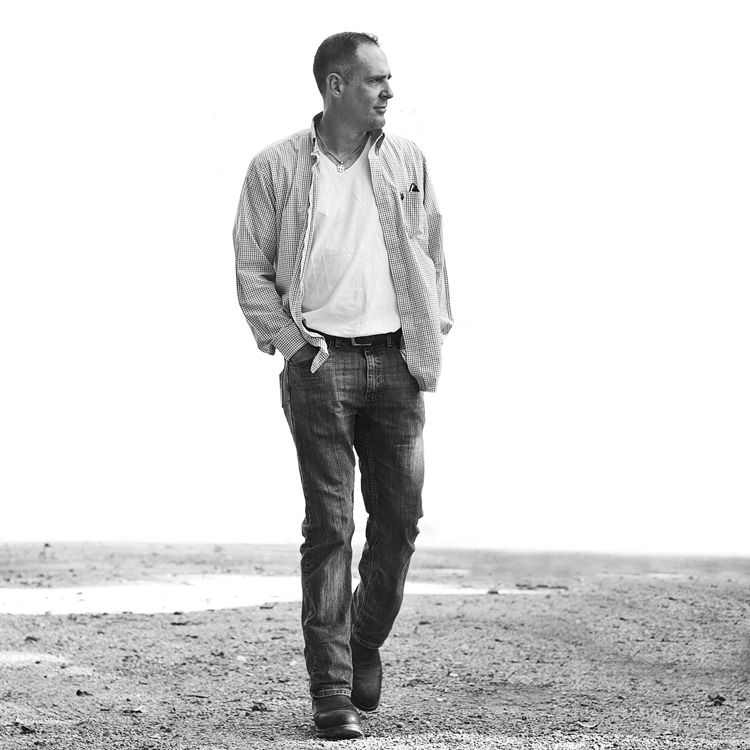 I spent the better part of my formative years growing up in Boerne. It was a cool time to grow up in Boerne, as it afforded me the opportunity to experience a lot of things here that the current kids probably don’t get to do. Riding a horse around town, no traffic, and skipping rocks while standing on the Cibolo Creek dam. It was a cool place (and still is) and created a good environment for kids.

I had a friend in middle school that lived way out Hwy 1376 named Matt Stokes. He was a good kid, and we met when he showed me how to wrap my math book with those Butter-Krust book covers they made back in the day (remember those?). He liked to play basketball and talk about girls, so we got along nicely. He lived on a sizable ranch out there near Wasp Creek, and I stayed overnight at his house a few times.

A simple ranch house, he lived there with his parents. His father was the size of an oak tree and had hands that matched. Every time I stayed over, his dad was gone before we were awake, even the weekends. He returned at sundown, and while we had spent our Saturday playing basketball and talking about who we could beat up at school, he returned looking like he had been in battle. His cowboy hat was dusty, his jeans were dusty, and well….every inch of him was dusty. He would dust off on the front porch, Matt’s mom would hand him an enormous glass of iced tea, and he would drink it in one gulp. And with that, he would go inside. To my adolescent mind, this guy was pretty much the equivalent to John Wayne. Or some sort of Viking warrior.

I asked Matt what he did all day, and his reply was poignant: “Everything.” Matt explained that he worked on the ranch all day, and that every once in a while, Matt got to go with him.

And soon enough, we both went with him.

I’m not sure why he decided to take us with him one Saturday morning, but there was no mistaking that it was time to go. “Get up boys” he said as he flipped on the light in Matt’s room. “We’ve got some work to do this morning.” 10 minutes later, we stepped out onto the porch in the pre-dawn light. He loaded us up in the cab of his old truck, and off we went for parts unknown.

We drove down dirt roads and listened to bad country music. Matt was ecstatic. We all jostled around the cab as his dad sipped his coffee and said very little. Our lights danced on the gravel, the sky was just light enough to see, and we had to dodge a deer a time or two. It was exhilarating. He asked us if we had brought our work gloves. “Did you get the thermos your mom made for us?” he asked. Still not knowing where we were going or what was about to happen, I was ready for anything. Pre-dawn in Texas. Middle of nowhere. Three “men” about to go do something adventurous. It was AWESOME.

It turned out that our “adventure” that morning was helping him dig post holes for a cattle enclosure. It was back-breaking work, but I don’t really remember that. But I can remember with crystal-clarity that 20 minute drive in the early morning hours as we embarked on something exciting. The cool air. The gravel as it hit the underside of his truck. All the random tools, empty beer cans, and assorted crap littered around the floorboard. I can even remember the smell of leather and sweat and tall tales.

Thirty years later I was thinking about Matt the other day. I was driving to work at 5:30am and stopped off at the gas station here in town. Inside were men that reminded me of Matt’s dad. Big, husky men with huge hands and beat up boots that were sharing a cup of coffee and some conversation with the local sheriff. They were somehow already dusty. Outside, work trucks pulled up for gas and one of the 6 guys inside jumped out to fill ‘er up. The guys inside were laughing or wiping sleep out of their eyes. The cash register guy in the gas station knew each of these patrons and even asked them “Are you heading up to Kendalia today?” or “Are ya’ll still working on that well in Sisterdale?” And he really wanted to know the answer.

I pulled out of the parking lot and drove Main Street in the pre-dawn hours. The traffic light blinks yellow. Streetlights buzz above me. The air whooshes through the cab of my truck and I even turn on some bad country music.

I’m probably in the minority when I say that if I’m left to my own accord, I really enjoy getting up VERY early and heading out for my day. It’s not that I have a burning desire to be sitting at my desk. Nor do I have amazingly high goals for my day. I think it’s just because for my 10 minute drive to work, I’m not really heading to work. I’m heading off on an ADVENTURE. I’m in my truck and I’m driving down dusty roads to work with my hands and return home dusty. I’m going to dig post holes and cut trees down and break a wild mare. The day could bring me ANYTHING, and by golly, I’m ready for it. I get to imagine that no matter how mundane my life may be at times, there’s still a part of me (and I think most every man) that yearns to hike across Africa, or camp out under the stars, or to head up a cattle run.

I think that too many men lose the mystery of the adventure. Even when it’s really not an adventure. Men are born in our DNA an unquenchable desire to do something exciting and dangerous and noble. You might be a CPA that hasn’t lifted an axe in your life, but somewhere deep inside of you, there’s this little voice that speaks to you about backpacking through Europe. You catch yourself staring blankly over your morning coffee as you imagine the life of a fishing guide in Montana. And pencil-pushers like me think about giant men that are loading their kids in the truck in the early hours of the day to go and become dusty while making their ranch purr like a kitten.

The adventure is wherever you seek it. The trick is to SEEK it. Strike out on the journey, and fear little, and make it your own.

And that mystery of the forth-coming day is as exciting to me as that one morning on an old ranch in the Hill Country.

Enjoy the month of January and the New Year. Sure, it’s cold and grey for the most part, but never forget that there are adventures to be had. EXPLORE, enjoy your families, and travel Main Street in the pre-dawn hours. Just wave at me as you pass by.