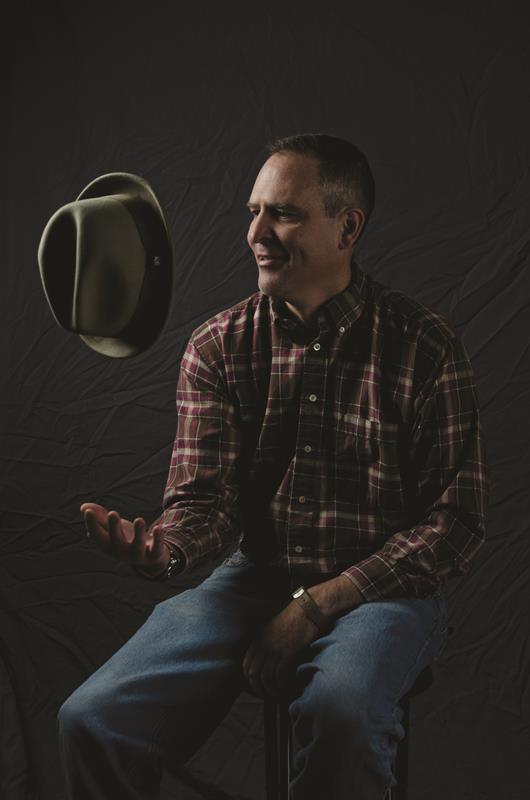 You’ve all seen the movie: JAWS.

And you all know the character: QUINT.

You might know the character, but the name might not register with you. QUINT was the crusty fishermen that took the guys out to catch the shark on the ORCA. All of you just threw your head back and exclaimed “Ohhhhh….QUINT! Got it.”

Quint is one of the more memorable characters in 20th century film, and I find it fascinating that we all know his character, but not his name. The realness of his character is one that is instantly recognizable, and yet, he’s probably universally known as that “other guy on the boat”.

I watched JAWS the other day with my daughter (her 1st time) and something about Quint made me kind of turn my head and pay particular attention to him.  Like most of you, I have seen this movie countless times, and I knew all the lines, but if you really, REALLY pay attention to Quint…well, he’s got a story if you’re looking for it, both in the actual movie and in real life.

Quint was played by a guy named Robert Shaw. He was a crusty guy with a lot of demons (one being his love of drink) and was actually selected for the role because Spielberg loved the way he “died” in a few of Shaw’s other films.  Shaw, on the other hand, read the book “JAWS” and said “it was a piece of shit”, so he refused the film, but his wife ultimately talked him into the film.  It was his 2nd of 3 wives, all of whom died from disease.

From there, our friend Quint was born for our cinematic pleasure.

From that first fingernail-screeching intro that we all know where we see Quint for the first time, he becomes the ultimate authentic Ahab that is willing to hunt the great beast.  From there, we watch all 3 characters board the ORCA and embark on their adventure to find the deadly fish and take it down. This is where Quint becomes a constant character for us, and where I began to see this man a little differently.

For one, Quint had a history. After they loaded the boat up to begin the trip, I chuckled as he yells at Chief Brody (who had just kissed his wife goodbye), “Don’t worry Chief! If she’s mad at you now, she’ll love you when you return! The sea has a way of doing that to women. HAHAHH!” It was delivered with such realism and passion, you truly knew that Quint had spent countless seasons away from his wife, who was undoubtedly mad at him for leaving yet again…but he was Quint. He HAD to leave. And then with his steely eyes and pervasive smirk, he stared down the sun as it set across the bay while they ventured out into the great unknown.

From there, for me at least, he takes over the film. He lectures Hooper, our nerdy Richard Dreyfuss character on virtually everything. He yells at “Chief” to do things faster, slower, and differently. He commands the boat, he sings songs about “Seven Spanish maidens” over and over, and he stares down the most ominous fish in film history. He gives one of the most famous film scenes in memory as he recounts his time aboard the USS Indianapolis. As I read stories for this article, I learned that the scene had to be re-shot because Quint said that they should have a “wee nip” to make things authentic, but he became blind drunk, couldn’t remember anything about the scene, and begged Spielberg to re-shoot it.  Ah, Quint.

What got me the most was when they first encounter the shark and Quint shoots him with that harpoon gun and ties a keg to him. He screams at Hooper who is driving to follow his directions and ultimately gets the shot. He turns around on that little deck on the bow of the boat, lies his gun down, and smiles at his shipmates. I smiled, too.

We finished the movie, including Quint’s bloody death at the teeth of that evil shark, and my kids ran off to bed. Late that night, I stared at the ceiling and thought about Quint. I wasn’t so sure why he was remaining in my thoughts, but sure enough, I just kept smiling internally about his silly singing of “Seven Spanish Maidens.”

Then I suppose it came to me: Quint was AUTHENTIC.

Yes, the character was authentic, but somewhere behind all of it, there’s a real Quint that is beyond REAL.  I laid in bed and created an entire story for Quint and his life and his struggles and the reality of his life that never made its way into film. He ceased being a character in a movie and became a real person with a colorful history and story that I found powerful…and beautiful.

Quint became a man of authenticity, despite anyone’s opinion. He was who he was. His brashness, his vulgarity, his beer-crushing persona…they were Quint. You can’t contain it nor condemn it. He simply exuded his bravado and sang his songs and you were a part of it, or you weren’t. He didn’t ask the question – he simply punctuated the period.

I also decided that somewhere, Quint had a child. I have no reason to create this story other than his many, many comments about “maidens”, but I became convinced that Quint was a father. So then I thought about his kid. What did he think of his father? Did he see him much? When I considered this, I was left with the theory that Quint probably didn’t see his child much (because of the sea) but I also guessed that when his child looked at the side of his face while Quint fashioned some marine ropes for the boat, and barked an order for this and that, his child didn’t question his father. He was probably mesmerized at the dexterity of his dad’s hands as he whipped up a complicated knot, barked an order, and then stared with an eagle eye glare across the sea. He was a father, and one that was probably larger than life.

Quint yelled at everyone. He drank way too much. He was stubborn and didn’t listen to others. But Quint was AUTHENTIC. While Robert Shaw might have been an actor that gave a great performance, somewhere out there is a Quint that lives his life as he sees fit, along with his demons, and is who he is. I like that.

I’ve thought about Quint about 1000 times since I watched the movie with my kids, and maybe I’ll think about him forever. I think that we all get told how we should behave, what we should say, and how we should work as a team. We are to collaborate, to coordinate, and to figure things out.

But then there’s Quint.

I want to believe that despite the time he wasn’t with his kids, they still stared at him in awe when he was around. They stood back, jaws agape, and would have said “Don’t get in the way. Dad is working.” I want to believe that he was a mess personally, but he understood it, and accepted it. He handled his fishing business, he mastered the seas, he stared down the waves, and he still drank too much rum. Because he was Quint.

And 30 years later, we’re still talking about him. Not for his short-comings, but for his triumphs. In spite of it all, some part of us wants to be like Quint. We want to not care, we want to sing stupid songs, and we want to enjoy too much rum.

But most of all, I think that we just want to be authentic.

Welcome to September. May you throw off your bow lines, sing about Spanish Maidens and EXPLORE everything that you can imagine. Life is short, experience is even shorter, and AUTHENTICITY is even more elusive. Find all 3 and enjoy the time that God has given you.