Home Reflections To Know as We Are Known 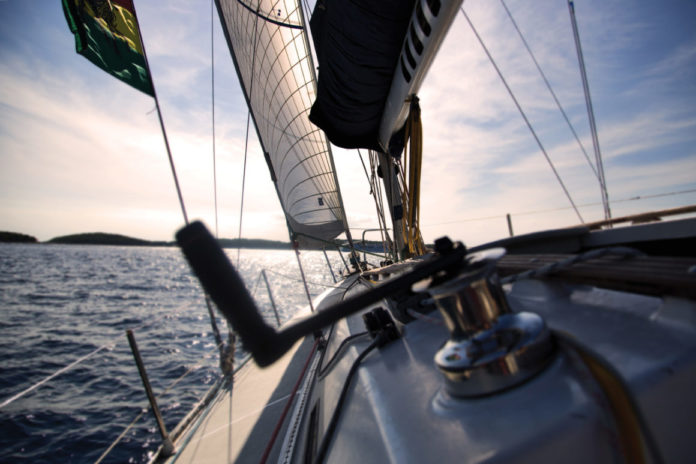 When I was 21, I sat in the cabin of my father’s 40 foot sailboat at an expensive marina in Kemah, Texas. Our neighbors were a NASA scientist and an oil company executive. After another night of drinking, he kept repeating his mantra: “It don’t mean nothin’. It don’t mean nothin’.”

Maybe it was the booze, maybe it was a young man in search of his own answers from the man who was supposed to have them, I don’t know what emboldened me to challenge the wisdom of the great man at just that time.

“I make a hell of a lot more than that…”

“Yeah, well. You’ve got two Porsches. A house in the nicest neighborhood in town. 1,200 employees who adore you. A son who has always thought you’re 10 feet tall and bulletproof. Enough guitars to go on tour with. Enough guns to win a war in a third world country….”

He waved me off.

“And I’d trade it all,” he said, dramatically. “For five minutes of peace.”

That is the enduring image that I have of my father, above all others. A man who was accomplished in ways most people could never imagine before he was 40. A man who bounced back from being badly burned in a fire in his home when he was three years old. A man who had a heart for the less fortunate that never left him until his dying day.

A man who could work a room like Bill Clinton. By the time he was done making the rounds, he knew everyone there, was related to half of them and had gotten a restaurant recommendation or recipe from three quarters of the crowd.

When he owned an environmental testing lab, I heard him absolutely eviscerate a couple of formerly haughty Conoco executives on a conference call. They were used to getting their way and didn’t like some of the results this little upstart was turning in to the authorities in Louisiana.

“I’m here in Ponca City, Oklahoma, so you might need to think about who you’re talking to, Mr. Smith,” said some guy who had the kind of accent that comes from the brain damage that causes growing up in Oklahoma and going to SMU. I think his name was Clyde. If it wasn’t, it should have been.

“Whelp. I’m from Jena, Louisiana. A small town full of little people. But I own this lab and I don’t give a damn what you think. Y’all need to clean up your act if you want to keep doin’ business in the town where my employees live and work. Threaten me one more time, Bubba. I was the finance chairman on the Louisiana Attorney General’s last two campaigns. I’m sure he’d take my call.”

This was before the phrase “mic drop” was invented.

For all his bluster, his real gift was in making what he considered to be “regular people” feel appreciated.

Once, one of the nurses at one of the homes he owned was assaulted. The director of nursing basically blew it off. But Kellie, a licensed practical nurse, wouldn’t drop it. She was 22 and in no shape to take on more than she was already dealing with. He approached her. She didn’t even know who he was, just a guy in a suit.

“Who do they think they are? Are you okay, young lady? I don’t provide a place for you to work so that people can mistreat you. I’ll get their ass out of here. There’s always more residents.”

I didn’t know that story for 20 years after it happened, but as soon as I heard it, it rang as true as if it had happened today. That’s just who he was.

When he was a pastor early in life, he was “Brother Joe.” And carried that title like a prophetic mantle. Once, a white woman came to church with a black husband and wanted to join. Half the deacon body wanted to deny them membership.

“You guys have a full day tomorrow, findin’ y’all a new pastor and all.”

A few deacons left the church over it. But he stayed.

Standing up to the man, standing up for the oppressed: these were examples of him at his best. And there are lots more stories just like those. I could bore you with them for hours.

He was also fun. A lot of fun. We took quite a few family vacations. We were in Cozumel when I was 22. The tequila was flowing. Mostly in my direction. As the festivities heated up, it seemed like a good idea to put all the  tables together and make an impromptu dance floor in the middle of the room. He had rented it out when the manager complained that we were getting a little rowdy. But, of course other bon vivants were invited.

I had been doing shots with this guy from Colorado named Mike. He offered me another, and I accepted, of course.

“Man, I want to introduce you to the coolest guy I’ve met since I got to Mexicooooooo….” he bellowed over some awful Mexican pop music.

He then turned and introduced me to my father.

(article continues after unlocking below)

He always said that running a Southern Baptist Church was the best training a man could get for corporate America. Then he was, ahem, asked to leave the ministry and proved it. Characteristically, before he became an entrepreneur, he got into the “nursin’ home bidness.”

“I just gotta do something for people who ain’t got nothin’,” was his reply.

In four years he went from being an administrator at a 112 bed facility on the outskirts of Alexandria, Louisiana to the CEO of a $26 million per month corporation.

By the time I was 21, he had, “made it.” His business acumen had been rewarded in half-dozen ventures.

He was a man with everything money could buy, traveled the world numerous times. He was an avid sailor, scuba diver, political mover and shaker. He was married and divorced twice and told me outright in 1985 that he was remarrying because, in his words, “I can’t be alone.”

For all his very real talent, there was very little beneath it to support the weight of his image. He was always at war with himself, a war no man can win. To convince himself of his own worth, he became a master of persuasion. The term “master manipulator” is overused. But in his case it was extremely accurate.

I grew up hearing I acted “just like your Daddy,” and because of his many personal indiscretions, I took that as an insult – the worst possible insult. And I loved him, which made it even worse. More than that, like every son, I wanted both to be like him and to surpass him so as to make him proud.

In your 20s, you can’t see that someone who doesn’t really like themselves for who they are and is constantly in need of validation can’t give what they don’t have: affirmation, endorsement, unconditionally love. He literally did not have it in him.

Toward the end of his life, I recognized the true nature of the case and accepted him for what he was. Life and his choices had humbled him to the point that we were more equals than father and son. I’ll never forget him grasping my arm as we walked into an Indian restaurant after he had lost 94 percent of his vision. It was exactly the same sensation that I had when one of my children clasped my hand before walking into an unfamiliar place.

Fear. That’s what drove him to be a senior pastor at 18 and CEO before he was 40. It was the fear that he would never measure up. The fear that everyone would see just how little he thought of himself.

The fear hurt him so badly that he medicated. With food. With alcohol. With sex. Later in life with drugs. But to say that food or drugs or alcohol killed my father at 62 would be disingenuous at best. He killed himself using those means. If it hadn’t been those, he’d have found something else.

I was 42 when I read a book by Robert Greene in which he tossed off phrase about “care-taking” being a form of control. I have found on reflection that Greene was 100 percent right. If you respect the other person and their choices, you don’t try to save them. If you don’t, you try to control them. And in my Dad’s case, his care taking was probably a mix of benevolent concern and manipulation. I know at least some of it was real. But there was also an element of putting the less powerful under his spell. The question was always his motive, which was impossible to discern even when he was alive. I doubt even he could tell the difference.

The tragic part of his life is not that he died at 62. Lots of people die younger than that. It’s not that he threw his life away with alcohol, drugs and food. That’s pretty common these days.

My only real regret with him is that never saw himself as I did, and still do.

Fired with religious fervor as he had once been, I stood up in front a literal camp meeting with a couple hundred other people present when I was 16 – with him in attendance – and said I’d gladly give my own life if he could be “right with the Lord.”

That was kinda awkward.

I honesty thought religion was the cure for everything. It’s not, by the way.

I saw a value in him he could never see in himself.

No man ever sees himself as he truly is. Our self-opinion is always either inflated or too limited. And in dealing with an addict, the weird thing is they do both at the same time, which is hard to grasp.

I wish I could say he’s unique. I spent eight years working with the homeless and saw the same pattern over and over again. And to a somewhat “normal” person (whatever that means) the behavior is well-nigh inexplicable. It’s maddening. It’s infuriating. It’s inconsistent.

And the real tragedy is that you can’t do anything about it from the outside. All you can do is watch, unless they make a decision to be different, and very few ever do.

I still believe the only actionable course is to love unconditionally. It doesn’t work all the time, as I remember every time I think about my father.

But you will have done your duty as a human being. When the person you love makes the decision to save themselves or succumb to their own demons, you can hold your head high in a way that those who moralize and condemn and berate could never do.