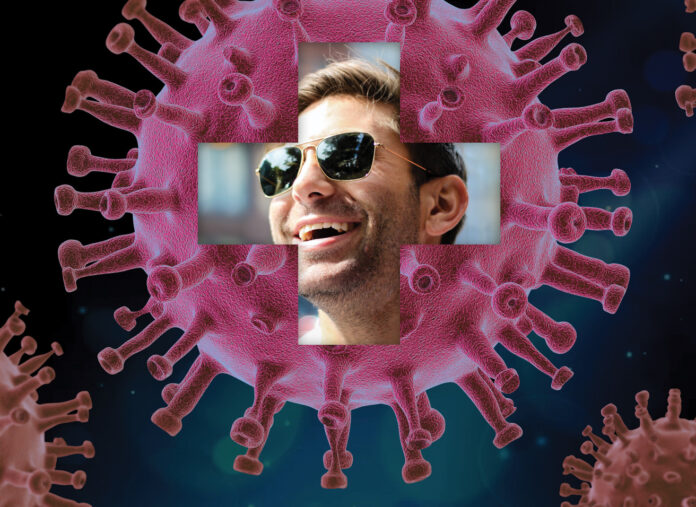 II try to be a positive person these days. Seems to be a better way to live than being negative.

So last night, I tested positive for the Wuhan Flu. Yay!

Yes, Mask Nazis, I wore a mask every day because my wonderful boss who I adore made me. She signs checks. More than decent ones. I need money. So I wore a mask. And I still got the COVID, infectious disease expert with your degree from MSNBC and Facebook.

That’s something of a conflict for me, because I’m not exactly what you’d call a “joiner.” I haven’t been a member of a club I can remember since George W. Bush was Jeb’s wild and crazy little brother and there were rumors of him having a drinking problem. Individualism is my thing. I wear a skull and crossbones around my neck not because I’m a goth or whatever but because, well, not to put it too broadly, I’m a pirate.

No, I haven’t slashed any throats (yet) or stolen any ships (that you can prove). But I am very much a guy who started life one way and have ended up having to live it completely another.

Some people bend reality to their own will and make it their own. These are the guys who go to med school or law school and retire at 50 and garden between vacations.

Others accede to it and sort of accept it. These are the guys who set out to change the world but settle for a nice job in accounting and end up in Dad shoes discussing mowers over Coors Lights in a can at a backyard barbecue.

I have to make my way as best I can, taking the opportunities to preserve who I am in the midst of responsibilities I never imagined possible with heartaches and heartbreaks I didn’t particularly care if I survived. 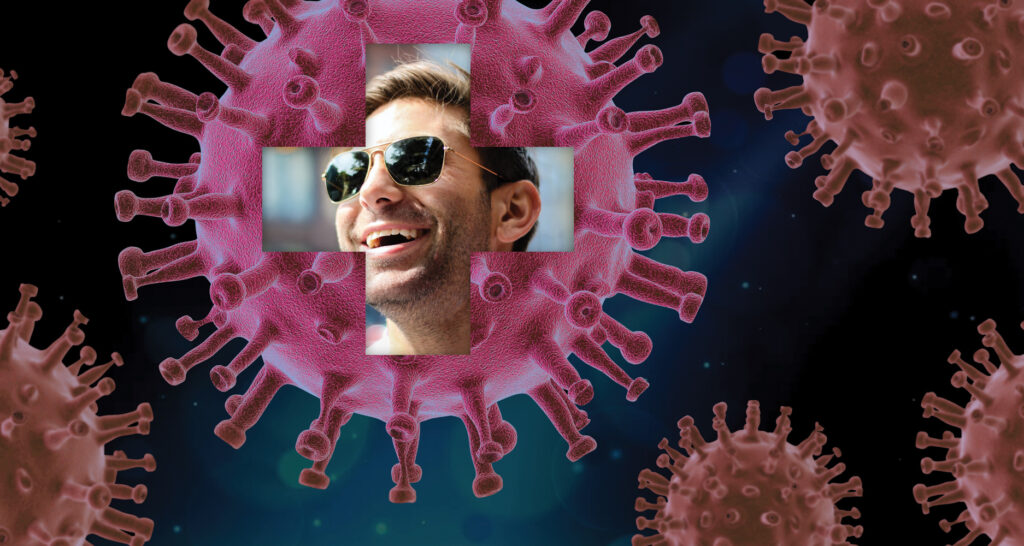 But now I have a fashionable disease and I’m the subject of fashionable worries among people who care about me, but don’t really understand me. And that’s weird.

COVID is the worry du jour par excellence. It’s the big scary monster that’s going to kill us all and end Western Civilization and is probably waiting under your bed right now to snatch you in your sleep and drag you and your little dog to hell.

Only, It’s not. I’m 44 and live healthy if for no other reason than my Dad died at 62 and left me alone to face the worst times of my life. If COVID or a drunk driver or a jealous husband takes me out, it won’t be because I didn’t take my kids seriously enough to get my ass out of bed and eat a salad every now and then. The Wuhan Flu for me is, well, kind of the flu. It’s a fever controlled by over the counter medication, an annoying cough and a headache. Oh, and $10k in lost earnings, if that matters.

As soon as I told my boss I had a fever and thought I may be suffering from the dreaded beer disease, I started getting calls from others at work who found out that I suspected that I had it. So like the good PR man I was trained to be I got out in front of it. I had conferred with a buddy of mine who had it a while back when I had the first symptoms and he said to get ready for calls from people who think you’re in the hospital on death’s door. I decided to skip that part and let everyone know.

I think what people really don’t understand the most is that this really isn’t the worst thing that has ever happened to me. My ex wife taking my kids for 16 months and the cops doing nothing to compel her to follow the court order whenever she chose to ignore it physically hurt much worse than this. Paying her bills for five years so she can bang the guy she was dating while we were still married and be a part-time fitness instructor (I work more in a day than she does in a week while she gets the kids 99% of the time) isn’t a picnic either.

I had a conversation with someone I just met in May of 2018. She was obviously very “with it” and could tell I was on edge. I had nothing to lose so I told her the truth: “Every second of every day it feels like there’s an axe hanging out of my chest.” And it was true. That’s really the way it felt. The Wuhan Flu is nothing, even physically, compared to that pain.

So well meaning people reach out to me worried. People I love and who love me and I can hear the worry in their voices. It’s gratifying, of course. We all want to be cared about. But it’s also a little disheartening.

I bet on myself every day. I either make it happen or go without. It’s not complicated. You win some, you lose some. Life’s a casino. And as my Dad once pointed out, they don’t build those big fancy buildings because you go home with the money.

Of course there are things I want to do. I want to survive this hellish sentence visited on me by the liberal family court judge who I hope burns in hell, just because I don’t want her to win. I want for my kids to have an example of winning despite obstacles and learn a sense of ingenuity and responsibility that their codependent other parent can’t fathom. I want to do some artistic things.

I really want to have beer and pizza with the one that got away at least one more time. Half a lifetime is too long to be apart from someone like that.

And I have a 98.8% chance that this won’t kill me, just cost thousands of dollars in lost wages and a big chunk of lost sanity that comes from sitting in a 10×14 room for two weeks. The most famous pirate in our culture today put it like this: “the only rules that matter are these: what a man can do and what a man can’t do.” And I can do these things. I’m not some idiot millenial who “can’t even.” I can. And I will.

What I won’t do is listen to any of the drivel in the media about this. I’d encourage you to do the same.