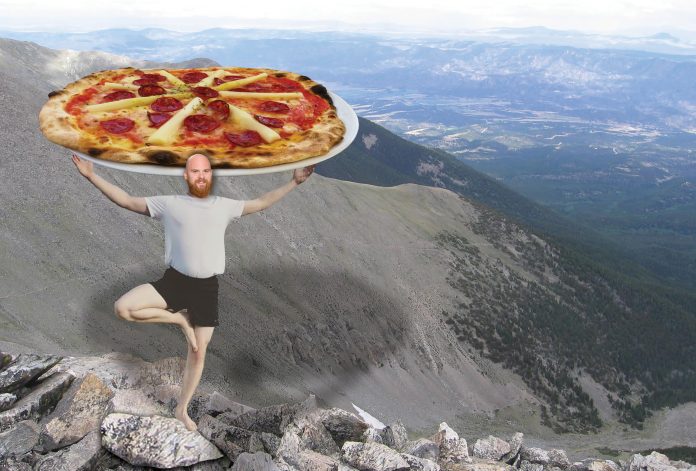 What was the best meal you ever had?

Something so delectable that it makes your mouth water just thinking about it, you can smell it before it gets to your table and once you start eating you don’t say a word until there’s nothing left on your plate. You probably thought about that meal for days, even weeks afterwards and wondered how quickly you could return to the restaurant again without it being too obvious that you had become hopelessly obsessed. Everyone has that memory.

I’ll tell you about mine.

Late in the summer of 2018, on the precipice of my 30th birthday and several months after the resolution of an 8 year relationship and marriage, my friends invited me on a weekend camping trip to Salida, Co that would include a hike on one of western Colorado’s 14,000 ft peaks, Mt. Shavano. Up until this point in my life I had been resolved to hear of these epic hikes, relish in my friends accomplishments and keep myself firmly planted at sea level with the ample oxygen and the comforts of home. The thought of walking up a mountain had no purpose or appeal for me.

However, this time felt different.

The idea of doing something as pointless as walking up a mountain finally made sense to me. To be honest, I was a bit lost in life. Between the changing relationship status, leaving a toxic work environment to start off on my own, and barely making ends meet to pay the mortgage by myself, I thought a road trip with some of my closest friends and some new scenery would reboot my mind a bit. So I decided to join at the last minute and hopped in the car for the 12 hour drive to the Angel of Shavano campgrounds near the base of the 14,231 ft mountain.

After an early night in the tent, we woke up at 5 am to put on our gear and get onto the trail before the sun came up. In the pitch black of the morning, the luster of the towering peak was beyond view. In the headlights of the Subaru, the trailhead and a small sign showing the 5 mile one-way trip and nearly 5,000 ft climb to the summit were the only indication of the journey ahead. With headlamps and full packs of water, we made the first step onto the trail.

The beginning of the hike was painless. Honestly the cool air was a relief from Texas’s still sweltering September and after what felt like a decent amount of time I checked my Garmin for an update: .5 miles. Huh.

Already full of doubts, the mental math of what I had just begun started in.
“But I just have to do that 22 more times to finish this, at 15 minutes per half mile that’s 6 more hours? Easy…”

Mountaineer mistake number one: defeat starts in the mind and travels to the soul.

This holds true whether you’re starting a new adventure, a business or simply a new workout routine: the conversations you have with yourself can make or break your success. Additionally, only looking the end goal can cause you to trip over your next step. Keep your head down. One step at a time and put in the hard work now, worry about the top when you get there.

After a little over two miles on the trail, a stunning reality seemed to take shape. With each step I took the trail got slightly steeper and after only a brief period, my legs were already starting to show signs of soreness. At this rate, the closer I got to the goal, the harder it would be to take another step. Yikes. Mentally I had vastly underestimated the amount of exertion this would require. I knew I was in great shape, but this hike now seemed daunting, and frankly it was hard to ignore the grumble in my empty stomach.
Always eager to get to the finish, I had left my friends behind a few miles back and could see them a ways back as I cleared the piney treeline around 11,000 ft and was now playing trail tag with a 65 year old man and his dog. Each time I would stop he would pass me, then I would catch up, get ahead, stop for a break only to be passed by him again. After talking to him a few times, he told me he was on a mission to hike all 50+ “fourteeners” and Mt. Shavano was number 23.

“But why?” I said to myself as I congratulated him on his mission and success thus far. Even if you don’t understand someone else’s goals, you can still appreciate a determination to achieve them.

The hike was going slow on meandering switchbacks, dotted with the occasional peculiar rock. It seemed my eagerness to get to the top had left me deserted, with no one but my aching knee to pass the time, while two of my friends had stuck together slowly trodding away together.

Having just gone off on my own in real estate, leaving behind a company of 60 agents and a lot of friends, I knew this first hand. I was rebuilding my business without a mentor, a drinking buddy or even an admin to help ease the stress and every day at work was feeling like I was running on a treadmill halfway up a mountain. Even if your co-workers get on your nerves with microwaving fish or the “case of the Mondays” schtick, it’s still preferable to going completely solo.
Just as I was deciding to wait for my friends I came across a sign at the bottom of a boulder field:

A rush of excitement filled my body. I screamed down to my friends, “We’ve made it dudes! We’re at the summit!”

Mountaineer mistake number three: the summit is never the summit.

Until you see the peak, the waving flag, the end of the boulder field, you are not at the top. The summit is when there is nowhere left to climb and the only place to go is down. In the real world though, this is an endless game. I think the more successful you are, the more you realize that what you thought was a peak, was merely another plateau with a different peak beyond the horizon. Understanding this, you can relish in the achievement briefly, then set your sights on another mission!

After a careful crawl up the boulder field, we reached the actual summit.

Wind blew from every direction, the views seemed endless and endorphins from the pain of the climb were unlike anything I’ve experienced. We took a dozen pictures, laughed about the long day we had already had and debated who would be first back down the long harrowing trail.

Mountaineer mistake number four: the higher the climb, the harder the fall.

When you get the taste of success, be it closing a big sale, having your first six or seven figure year, running a marathon or locking down that beautiful girl of your dreams, the thing you fail to realize is that success is temporary. The way down is ten times worse once you’ve experienced the highest high and if the lessons you learned from the hard work on the way up don’t stick, they’re impossible to learn on the way down.

The hike back was excruciating. My knee was inflamed, pain echoed through every step and I found myself having to limp to a halt every hundred steps. Not to mention, the growl of my stomach was filling the void between steps. I couldn’t believe that coming down somehow felt harder and more painful than the climb up, but after another few hours of walking, a sight nearly as beautiful as the summit came into view: the Subaru.
A mere 6 hours after we had started the day we were back in the car heading into Salida to find food, beer and a place to rest our weary bodies.

By this point, the pain in my knee and the hunger in my stomach were beginning to overshadow the joy of this accomplishment and I was running on pure adrenaline. The only thing that would satisfy me was a massive portion of carbs topped with tomato sauce, cheese and whatever the hell they could throw on it. My expectations were low and my needs were extreme. Yelp recommended the 4.7 star Moonlight Pizza and Brewpub and we were in no mood to argue. 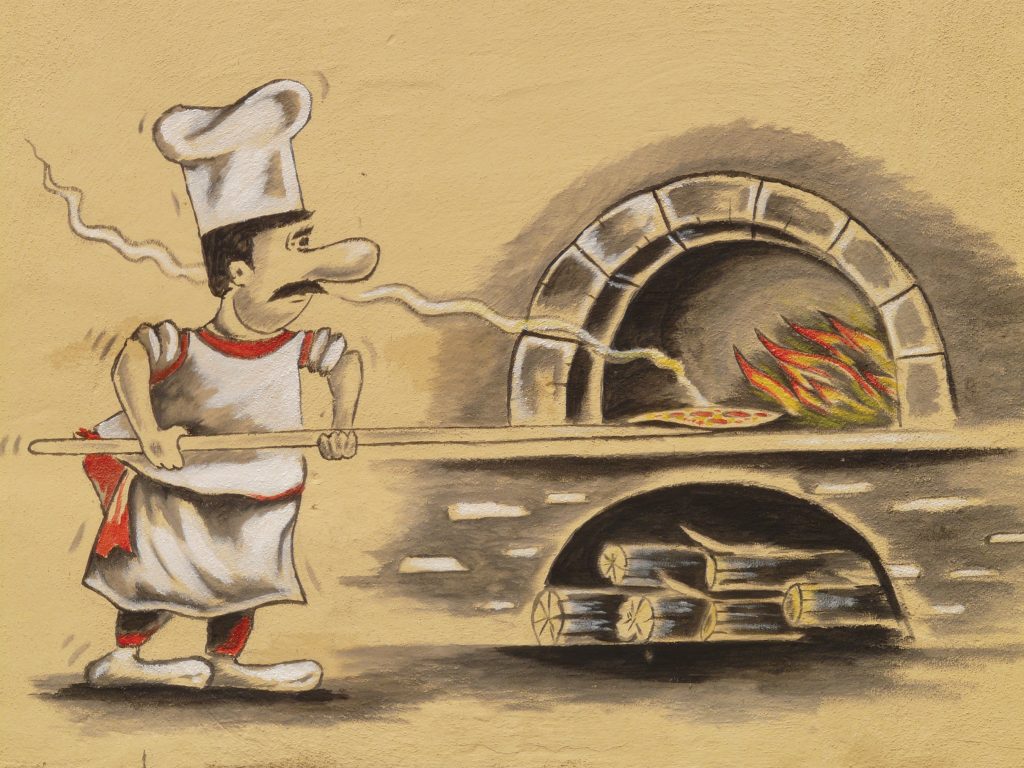 I would be lying if I told you I remember what was on that pizza. I’m sure it was some combination of pizza crust, sauce and toppings, but if it had been covered in grapefruit and shoelaces I would have devoured it with just the same ferocity. My senses were at peak efficiency; food was no longer a luxury, but a necessity. A reward to replace the innumerable loss of nutrition I had experienced through tyranny of will to accomplish a task I frankly found philosophically meaningless. But in that pizza, I found meaning. In the hunger, the pain, the exhaustion, I found the beauty and appreciation of exertion.
Had I woken up that morning to brunch in bed, spent the day at the spa, been chauffeured from door to door only to be faced with the exact same pizza, I can’t say it would have been memorable, or even desirable.

The reward for hard work is not in what is gained, but in what is relished and retained from the lessons learned on your way to the top.

This same tenacity to accomplish a goal in life or in business is not served by the outcome. If you enter into business simply to make money, and only make money, you will wind up crying in your caviar, wondering how you could have been so wrong about the finer things.
The hard work is your reward if it makes you hungry enough.

If you can learn to enjoy the work, the simple pizza will always be the best you’ve ever tasted.

A Cup of Coffee
Service
Negotiation 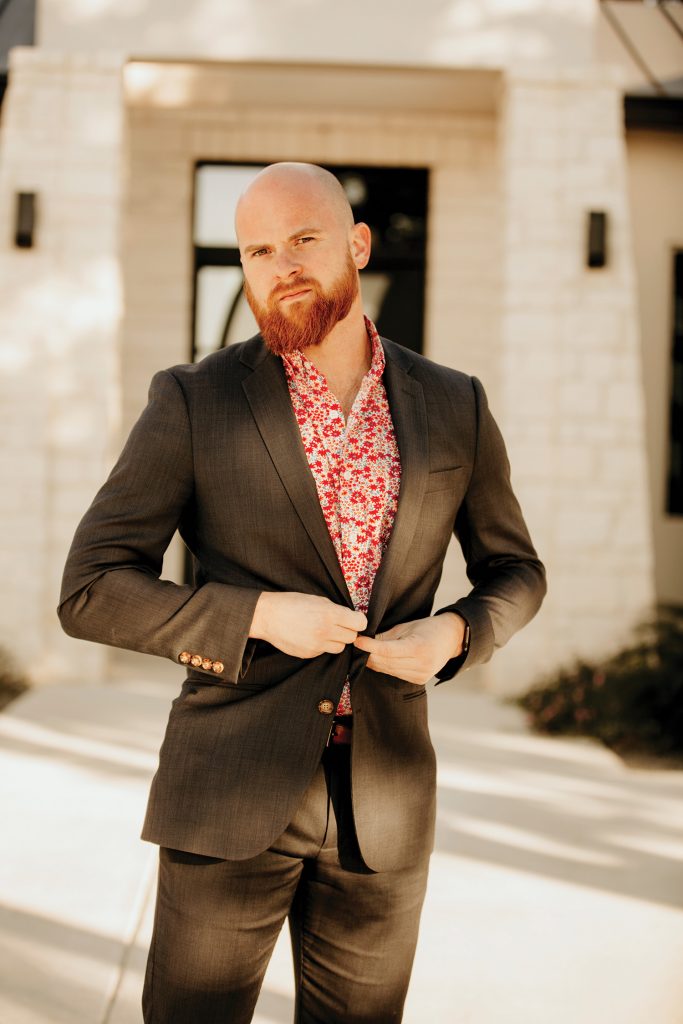 Hill Country local real estate agent, investor, entrepreneur, musician and avid day-trader. Interested in all things music, beer and money. Tim runs the Countdown Realty Team
with Keller Williams, and is creating a real estate investment fund and investment mentorship. You can find him at one of the  many local brewpubs.